At times in the past, I've been known not to buy items that I want for my collection for the simple reason that they always seemed to be available. The thinking was that it was smarter to focus on things that required more effort. Save up for that rare item so you are ready when it is available and then pick up the common stuff later. Once such example of this thinking is this Daitarn 3 junior machinder. 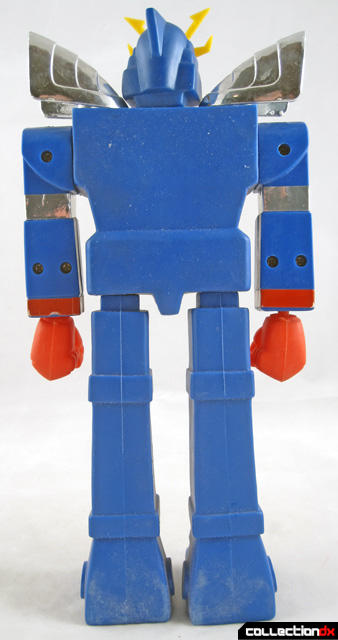 It just seemed like this one was pretty easy to get so I never bothered. Heck, one time a friend of mine bought a whole lot of them at once. I think he got about ten of them, took one for himself, and sold off the rest. Even then, for some reason, I never bought one. As sometimes happens, the supply of something once deemed common can start to dry up and it comes up for sale less frequently than before. Once I noticed this starting to happen with this toy, I finally decided it was time to pounce. 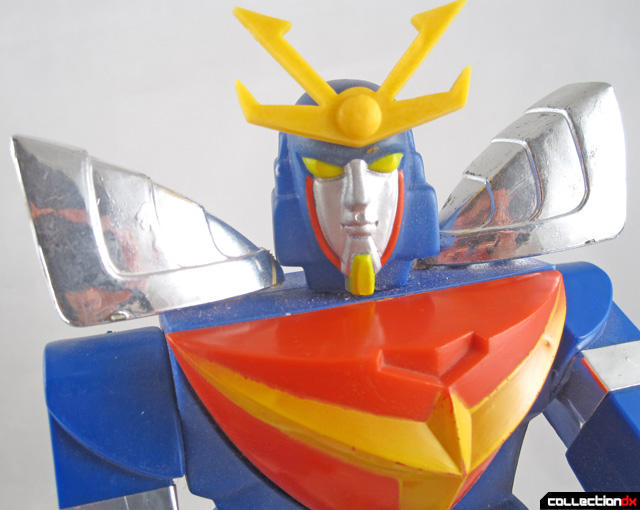 Made in Hong Kong and distributed in Italy by Al-Es, this version of Daitarn 3 is smaller than most junior machinders and checks in at about 11.5" tall. It features blow molded legs, fists, and torso with hard plastic arms and chest piece. The head is made of soft vinyl and, in a nice and unusual addition to the genre, features chromed plastic shoulder pads.

In keeping with the machinder style, articulation is very limited. Arms move up and down, the legs and head rotate, and that's it. Gimmicks are also limited to shooting fists and no supplemental weaponry is included. 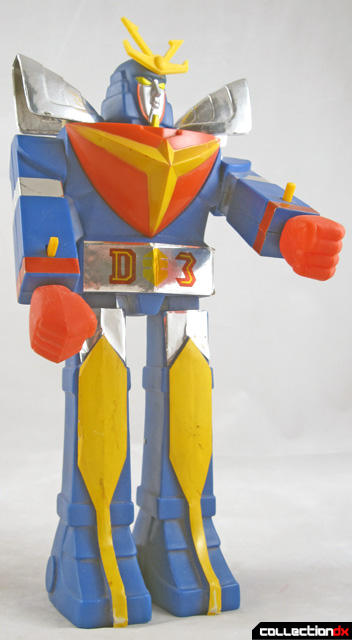 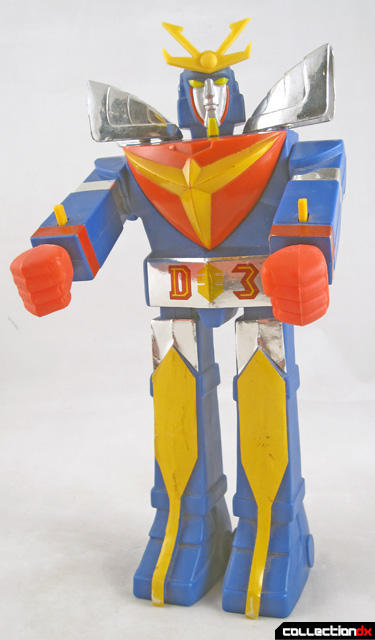 This is one of those rare toys that, as much as it looks like a cheap knockoff, technically it's not. This was actually officially licensed by Nippon Sunrise and is made entirely of original parts (so far as I am aware, at least).

The art on the box for this guy is pretty amateurish. I like the space imagery, but I wonder why they decided to have him slightly levitated off the surface of whatever planet he's on.

Daitarn 3 still shows up from time to time, but as I said, less frequently than before. It's a nice piece to have if for no other reason than it sets itself apart from other junior machinders by being licensed and all original. As blocky looking at this is, it would have looked terrible if, like many other juniors, it had the limbs of Robo Kress!