Alright, so I'm aware that a few of you out there might have no idea what Power Lords are. It was a short-lived 80's science fiction action figure line with characters designed by the always spectacular Wayne Barlowe. If you don't know who he is, please just go and read Barlowe's Guide to Extraterrestrials, then come back here. I'll wait.

So now that you know what you're dealing with, this is a revamped toyline based on the original characters, minus the transformation and motion gimmicks of the original toyline. 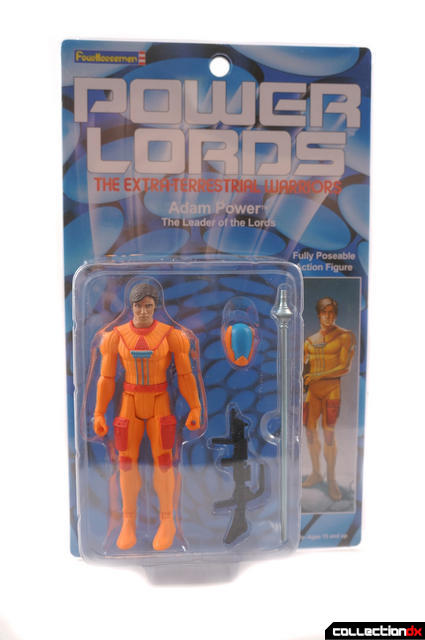 Adam Power is the hero of the franchise who fights to save the universe from the evil Arkus. Before we go too far, I just want to point out how gorgeous this packaging is. It's collector friendly so you won't destroy the blister when you open it up. It perfectly encapsulates what made the 80's designs so fun without sacrificing modern engineering. 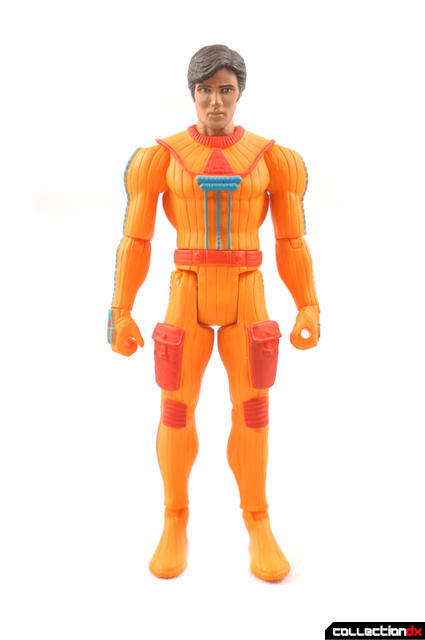 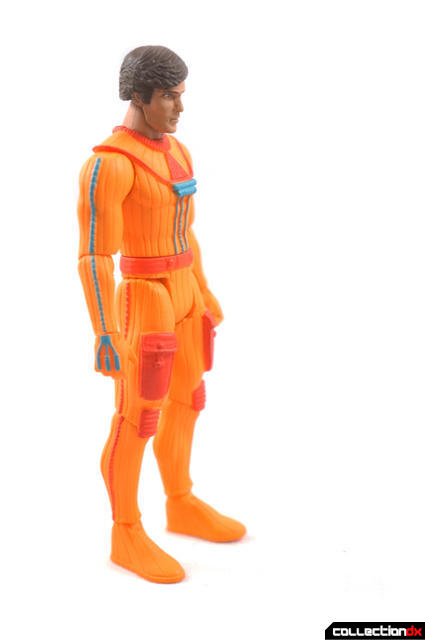 Right out of the package, you can clearly see the wonderful sculpt that the Four Horsemen have done here. Seriously, this figure looks like it would be right at home as a 7 inch scale action figure, except that it's 3 3/4 inches! The paint apps are also top notch, as I can't seem to find any faults here. The amount of detail and love that went into this figure is staggering. 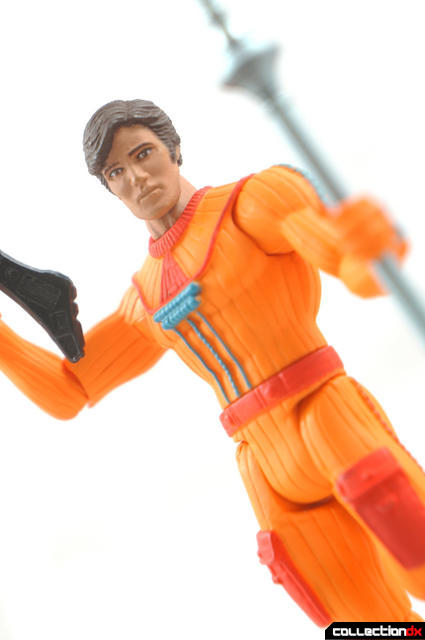 Did I mention that this toyline is GLYOS compatible!? You'll just have to trust me on this one, as I wasn't able to pull any of my Glyos figures out to show you since I'm in the middle of moving right now. I will definitely showcase this feature on future Power Lords reviews. 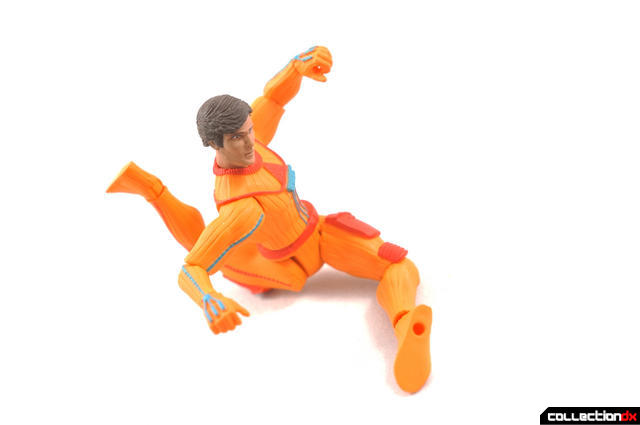 But because of the modular nature of these figures, the articulation is great. Almost every joint is a universal joint so posing this guy is a dream! The only problem is with the hips. They're just a standard T-joint so they only swivel. I would have loved to have an extra swivel so they could swing out to the side. But still, that's a minor nitpick on a figure this size. 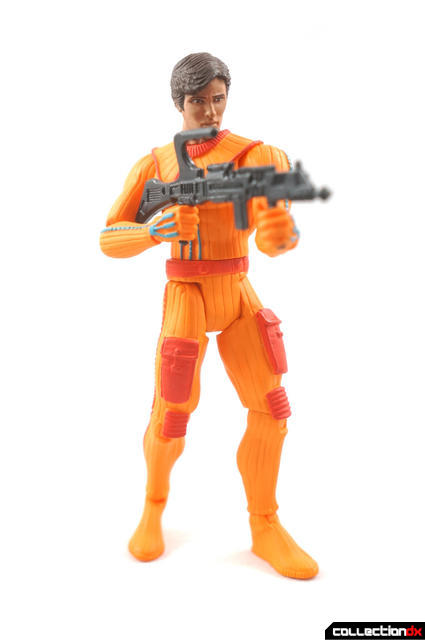 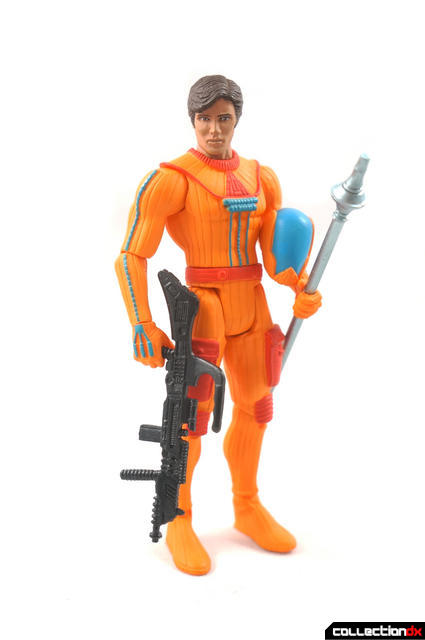 Adam also comes with a blaster, staff, and extra head. The blaster and staff look great, and the extra head is cool for when you want him to run around with a helmet on. 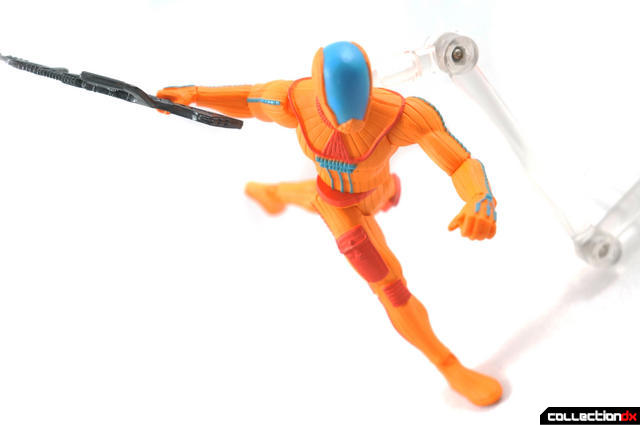 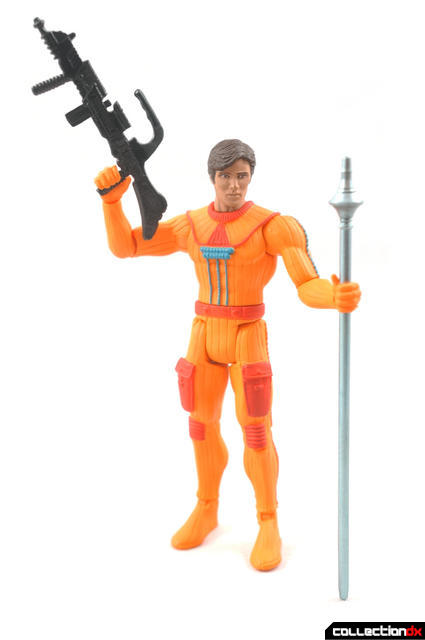 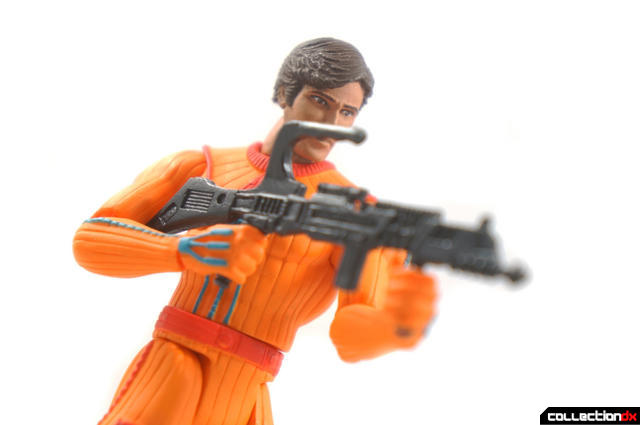 Adam Power is a great figure, and I can't recommend him enough. He's fun to play with and looks amazing no matter where you look. It also doesn't hurt that he retails for 15 bucks. I'll let that sink in. He is basically a designer toy from an independent studio with crazy amounts of detail and articulation, and he is slightly more expensive than a G.I.Joe figure. Just... Just stop what you're doing and pick one of these up. You'll be glad you did. 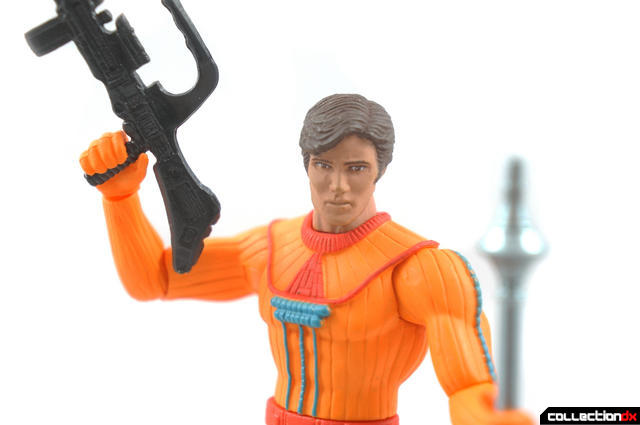 6 comments posted
I wish they included an

I wish they included an optional orange neck with this guy. Having that flesh neck stick out like a sore thumb when the helmet head is attached just kills the look of him wearing a sealed space suit.

That is an amazing sculpt of the face! Such quality craftsmanship and play value!!

I know! And Lord Power is EVEN BETTER. Uhh.... Spoilers for the next thing I do...

...is how at rest it looks exactly like an actual, early 80s fixed-arm-and-legs figure yet actually has all that poseability...