In my opinion, the War for Cybertron: Siege toyline is one of the best lines to come out of Hasbro in years. Just about everything about this line is awesome. Intricate, detailed sculpting, multiple paint applications, and classic G1 homages make this line a home run. 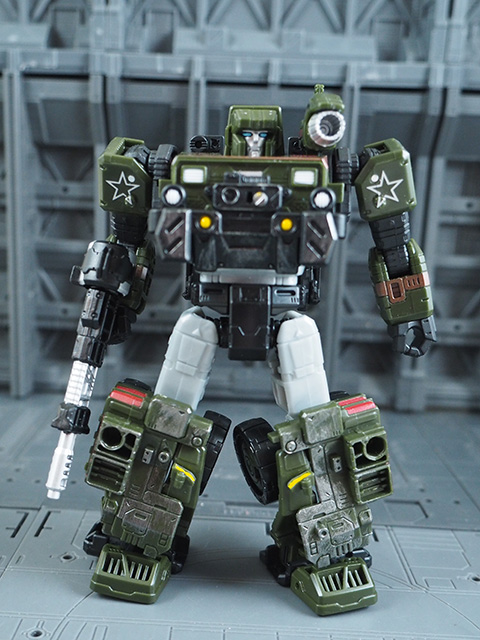 He's instantly recognizable as one of the classic G1 characters, but he has a gritty realism that the original did not. 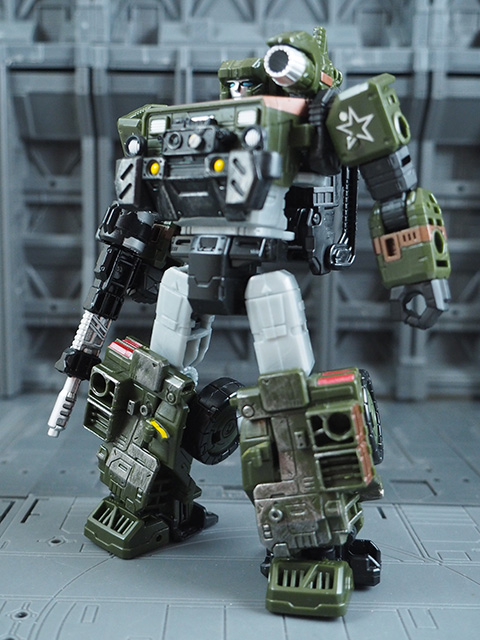 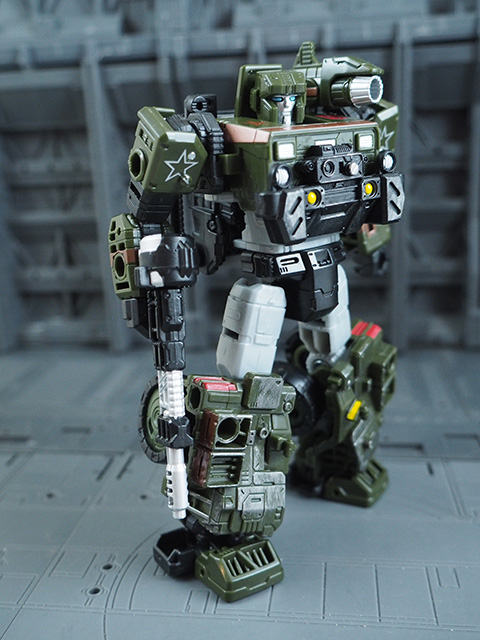 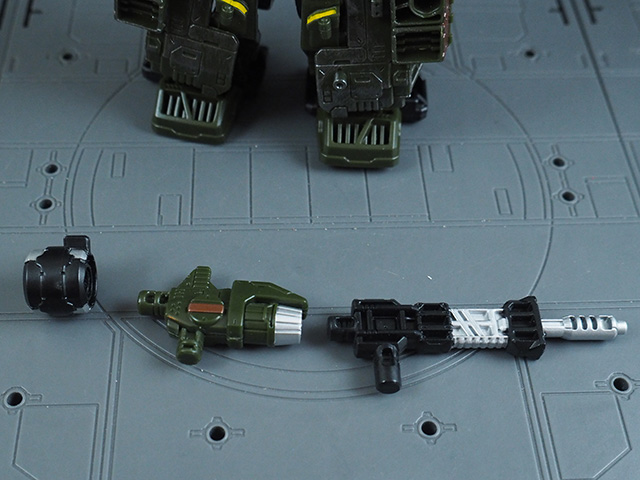 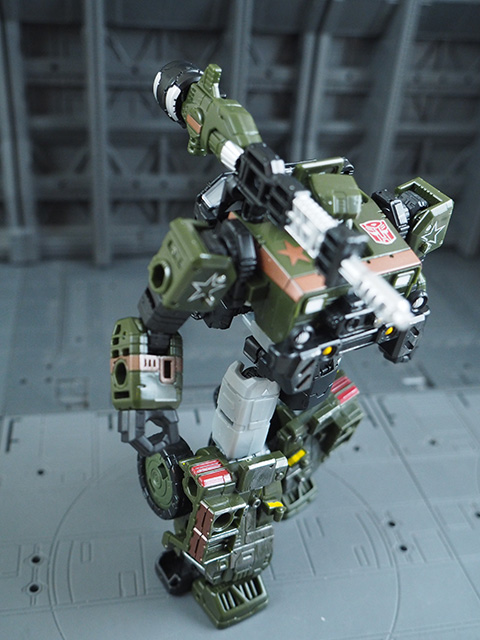 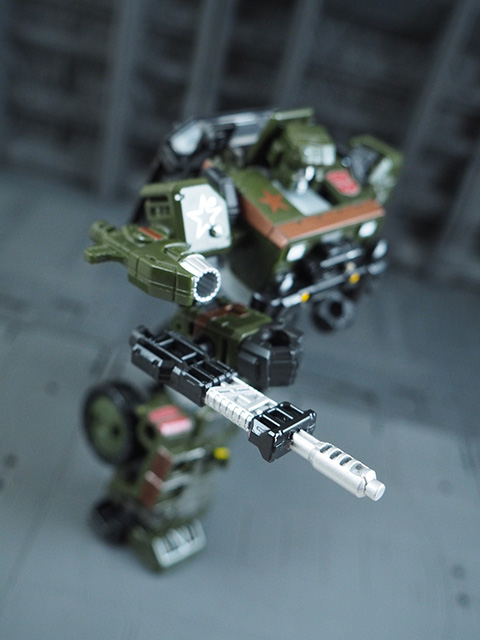 Hound's weaponry include the W-5 Holo-Beam Refraction Blaster and RT-10 IR Electro-Scope Launcher which combine to form the HD Vector-Beam Mega-Blaster, which can be hand-held, or shoulder mounted. 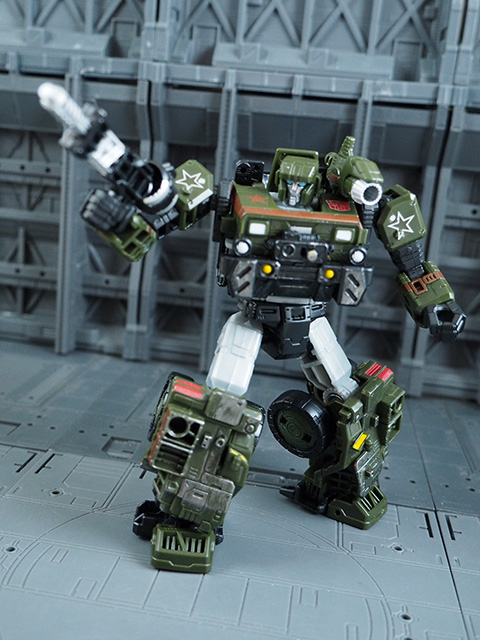 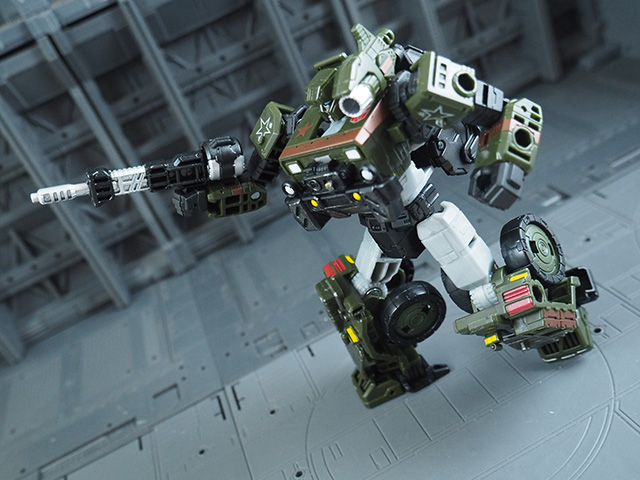 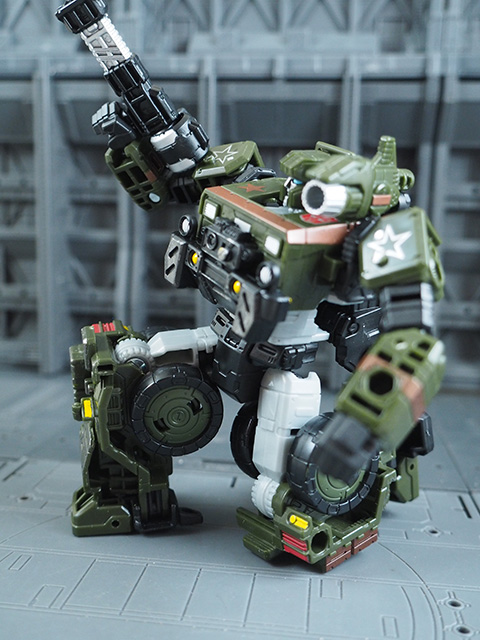 Hound's articulation is fantastic, and is able to kneel easily. He's just so much fun to pose and handle. 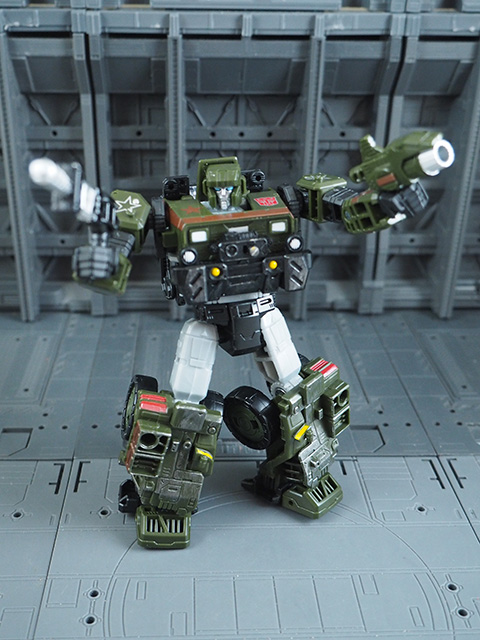 Hound transforms into a futuristic vehicle that is vaguely reminiscent of an Earth Jeep. In this lines, the robot modes echo the G1 counterparts but not vehicle modes. 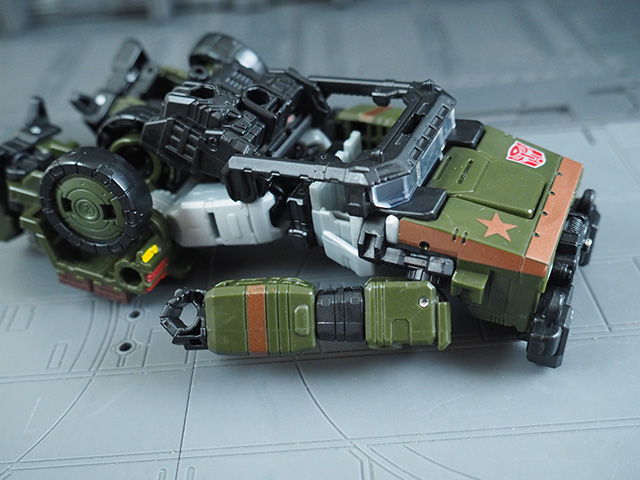 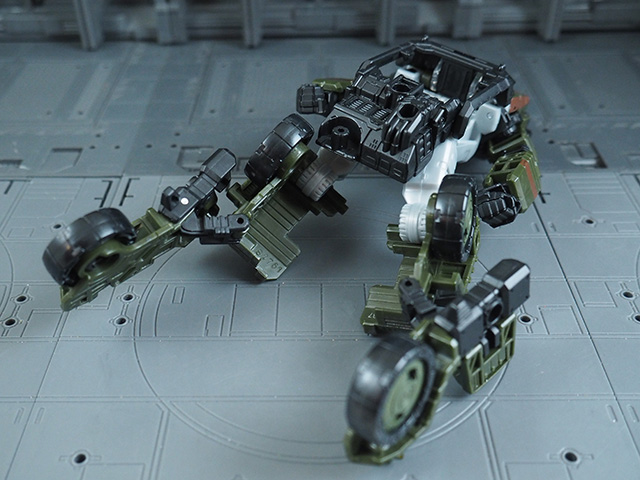 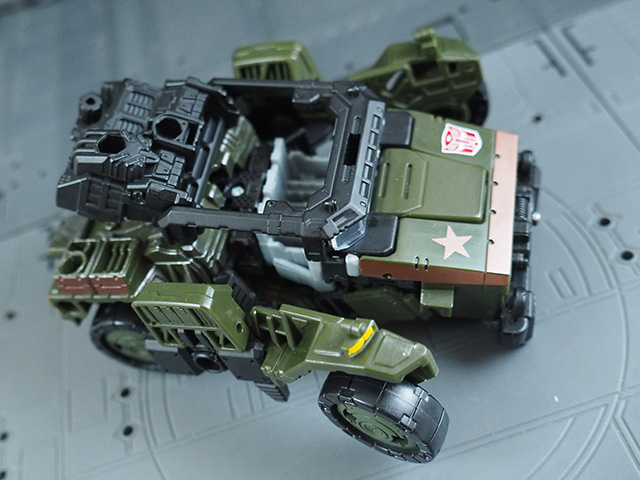 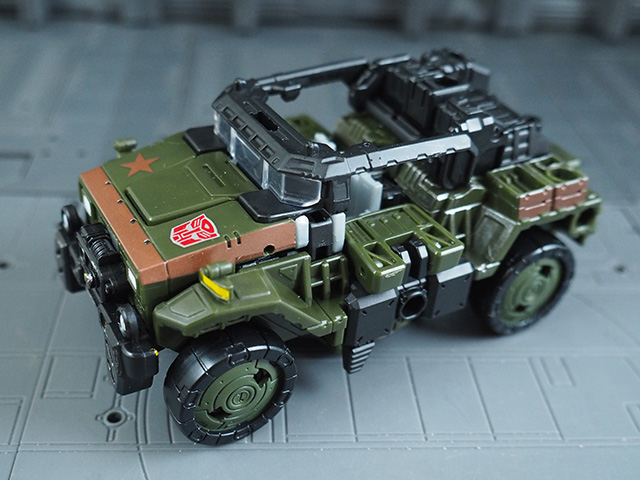 It kind of feels like Roadbusters G1 mode a bit here. What you have after transformation is a solid vehicle mode, covered in 5mm sockets. Hasbro calls this the C.O.M.B.A.T. System. This allows you to combine weapons and accessories from others in the line. 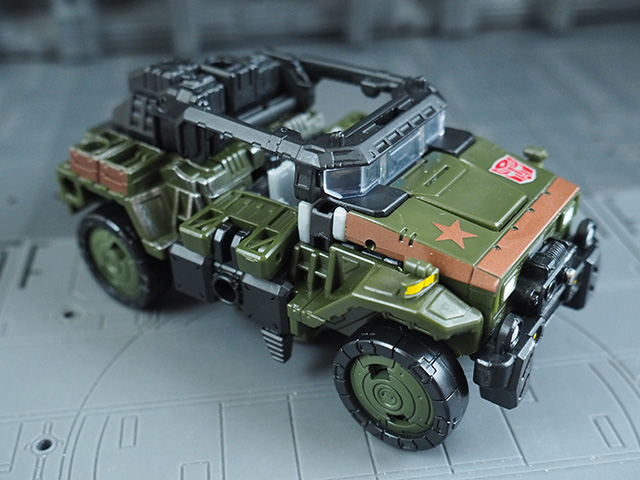 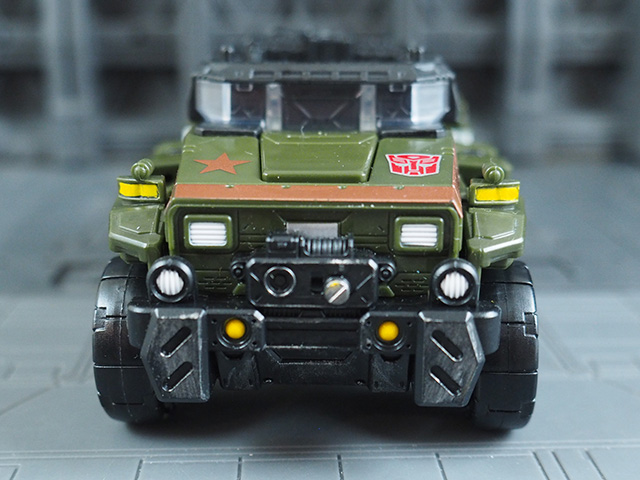 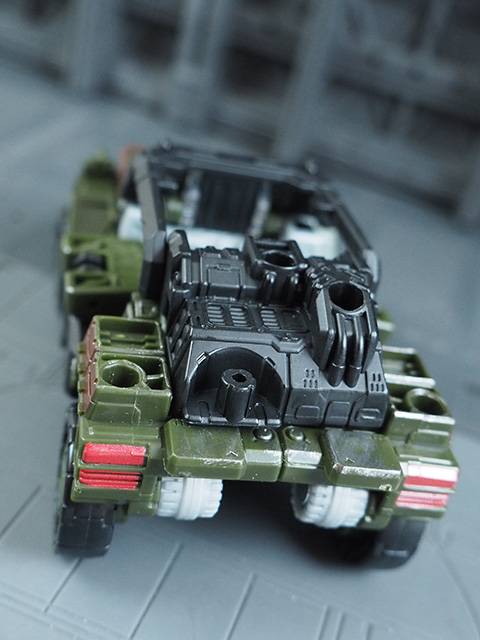 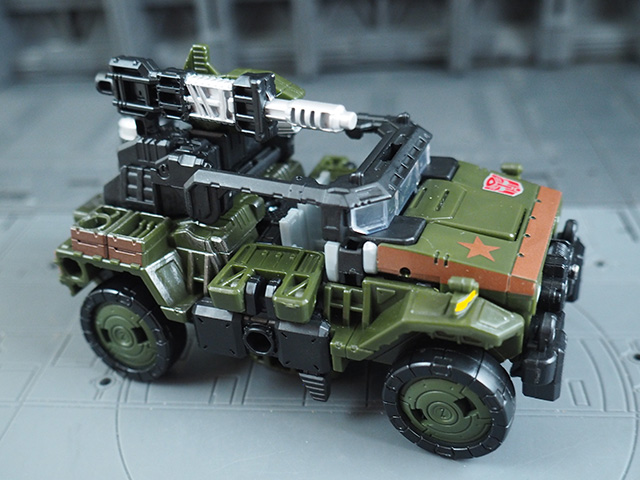 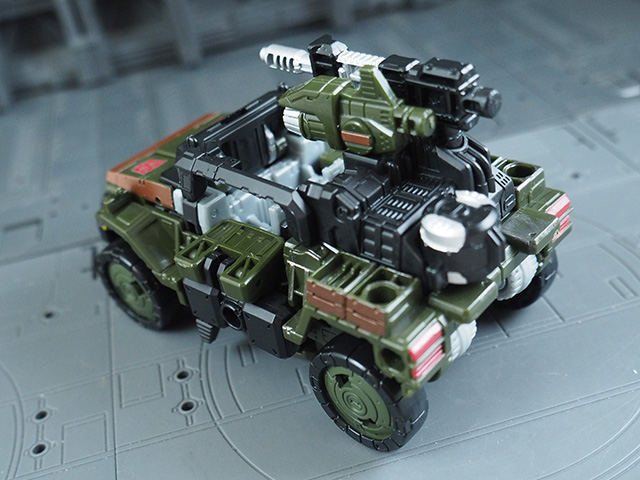 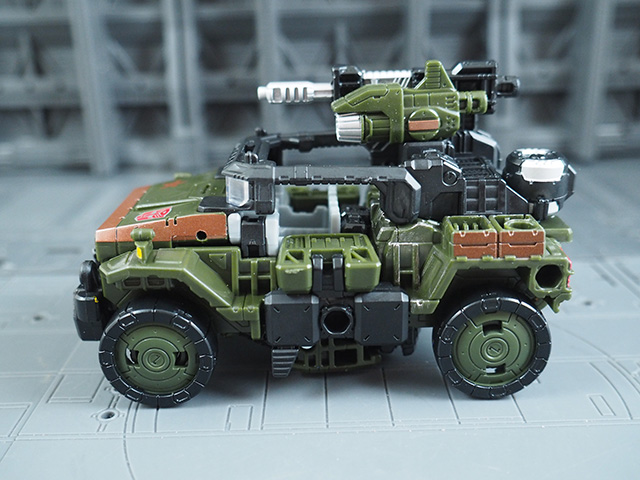 TThis War for Cybertron stuff really fits in with the Diaclone Reboot aesthetic. 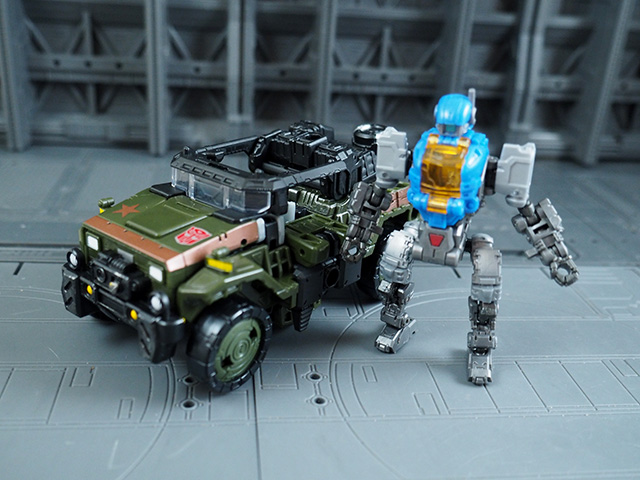 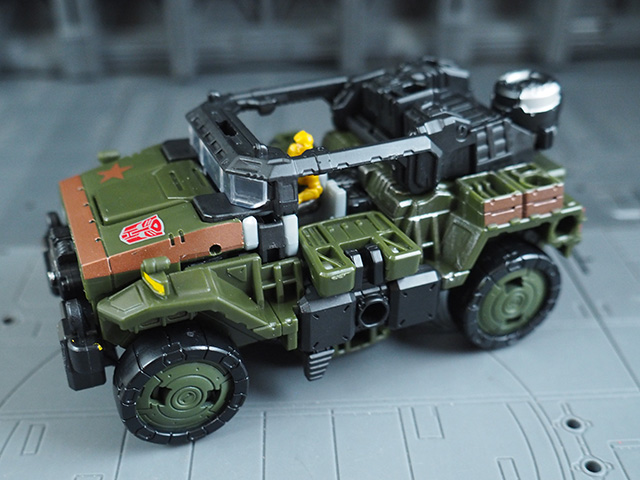 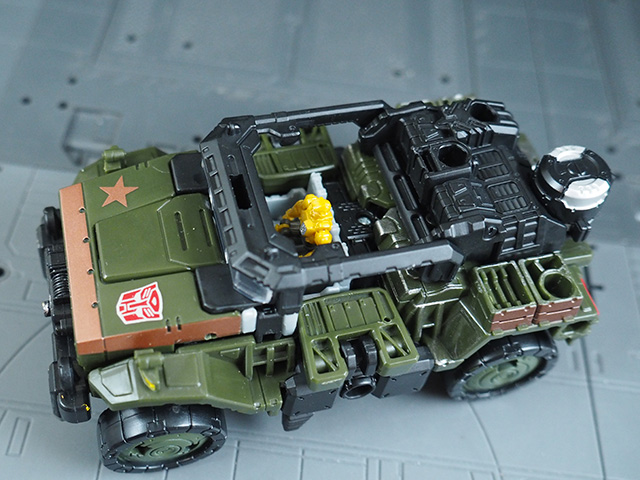 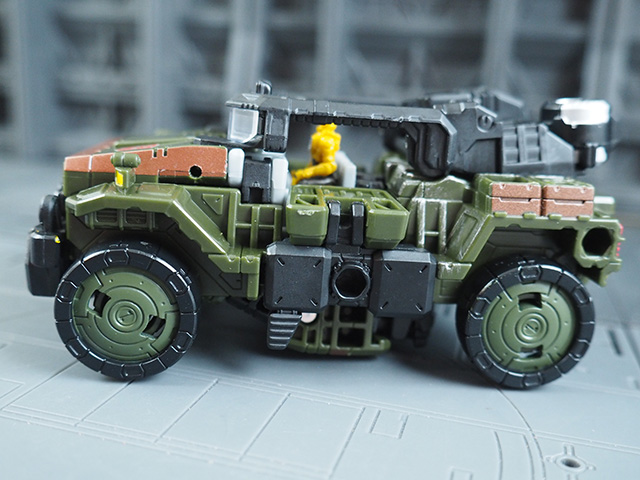 I've got a bunch more of these Siege toys that i'll review once they are out of storage. They are the best Transformers in years!

Love this line too. I enjoyed the Prime Wars trilogy, but this one is even better because the gimmick doesn't hamper anything. Packaging is great for all the figures that are boxed. Scale is great too.