And so, I am (finally) following up on my look at Q Transformer Hot Rodimus with the other guy I got, Lambor. Since this toy is meant to tie in to a Japanese iOS game, I'll use his foreign name for this review. 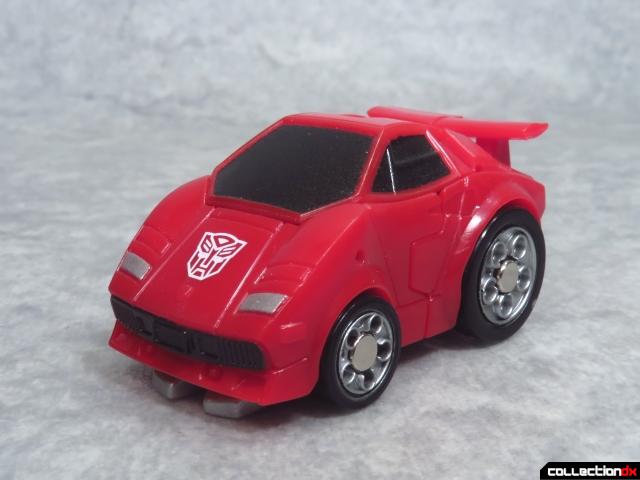 Better known as Sideswipe in the US, this cute lil' version of the Lamborghini guy is one of the Q Transformers who retained his original G1 vehicle mode. 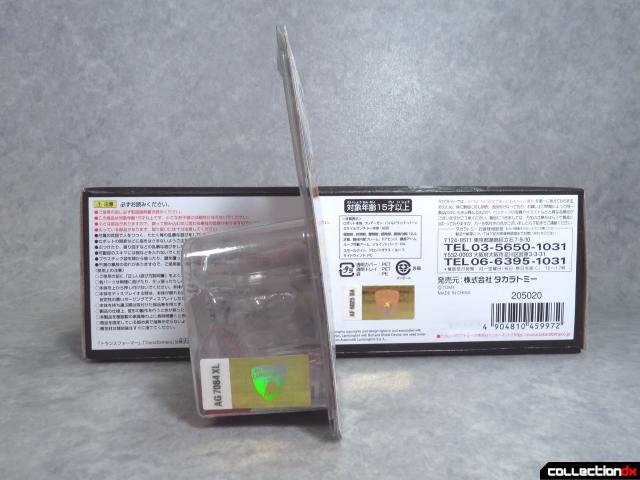 Interestingly, the toy's packaging bears the official Lamborghini seal of approval, just like with the Masterpiece Lambor. I found this bit of licensing thoroughness to be a little silly, but also a sign of the toy world we live in today. 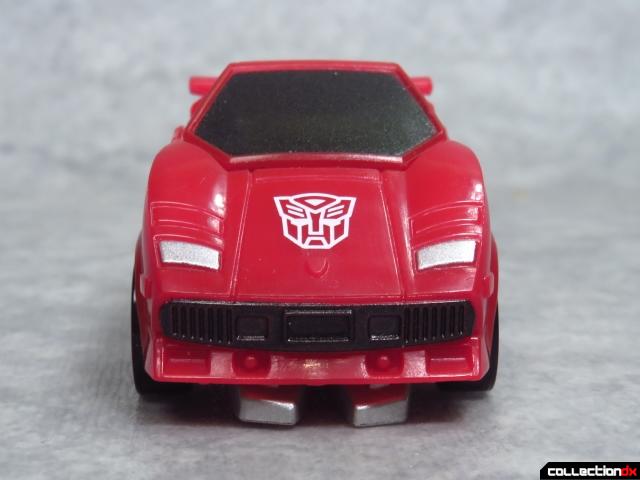 Lambor's overall layout is identical to Hot Rodimus, complete little feet poking out from under the front. They do stick out a bit more, as the rambunctious Cybertron has G1-accurate silver feet. 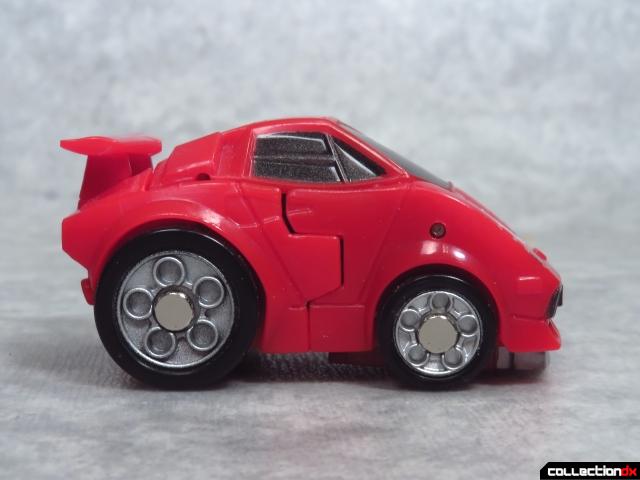 As a TakaraTomy toy, Lambor has that unmistakable Choro Q (Penny Racers) styling in car mode. 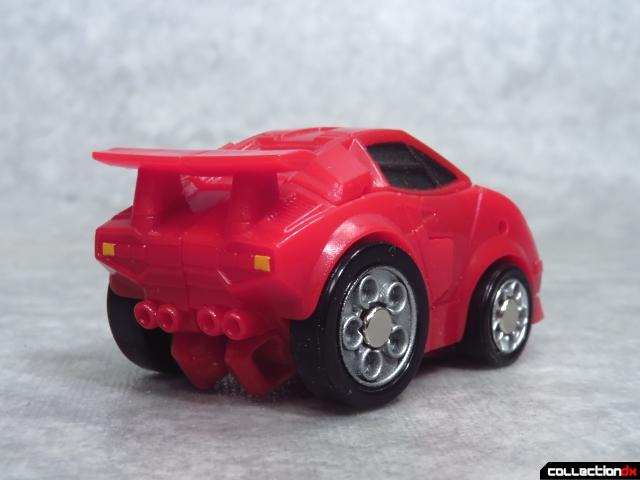 The only thing that's missing is the tiny fancy print that reads "Countach." 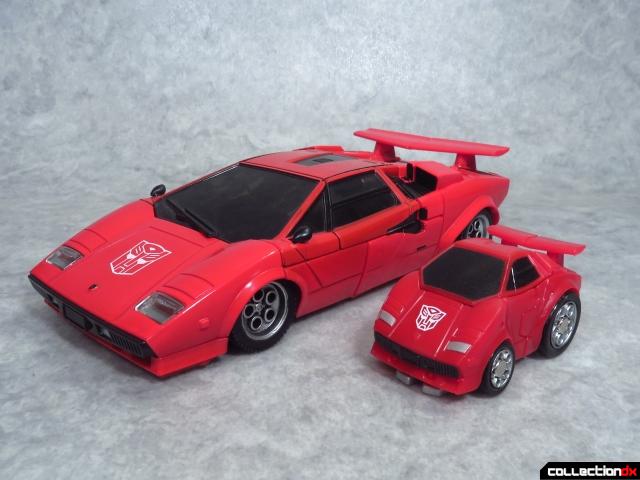 The classic lines of the 80s sports car are unmistakable even when Super Deformed. 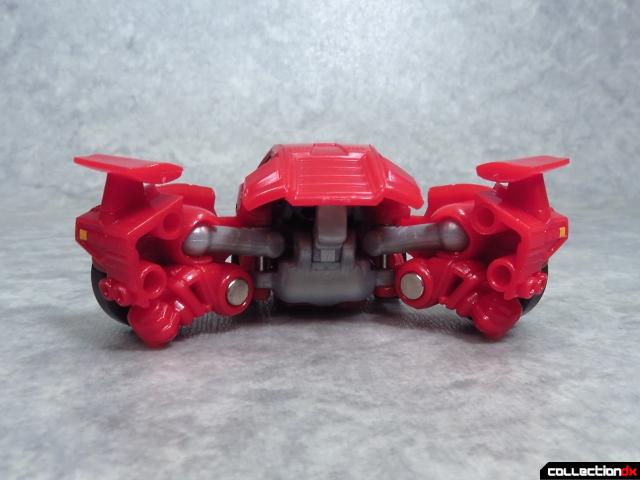 One thing that marks Lambor down a peg for me is the lack of any way to peg the two rear halves together in vehicle mode. It looks like there should be a connector there, but only two holes exist to mock you. 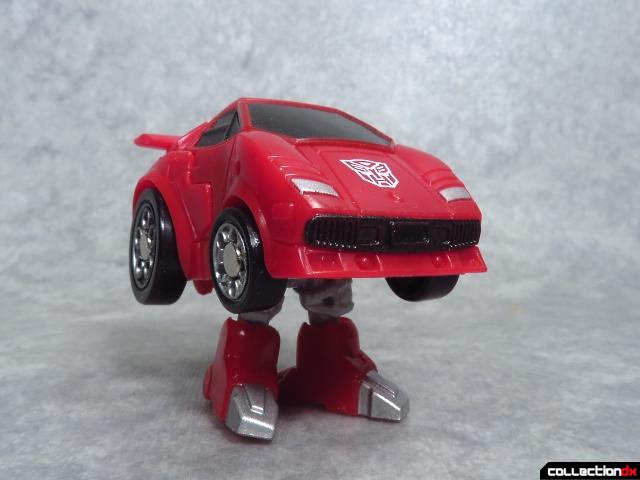 Like Rodimus, Lambor can transform into a very proud-looking legged car on the way through his conversion. 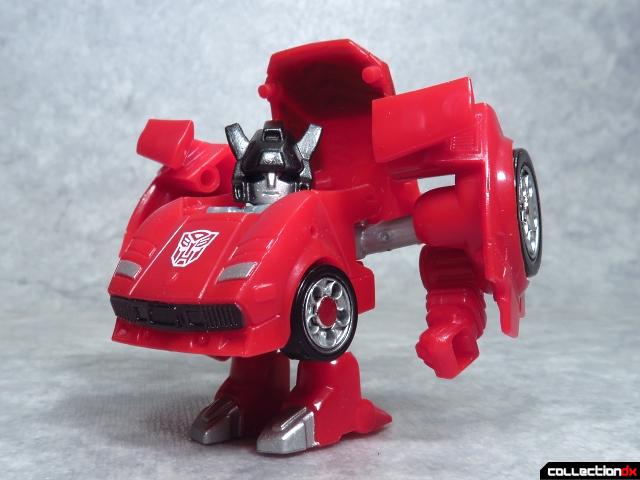 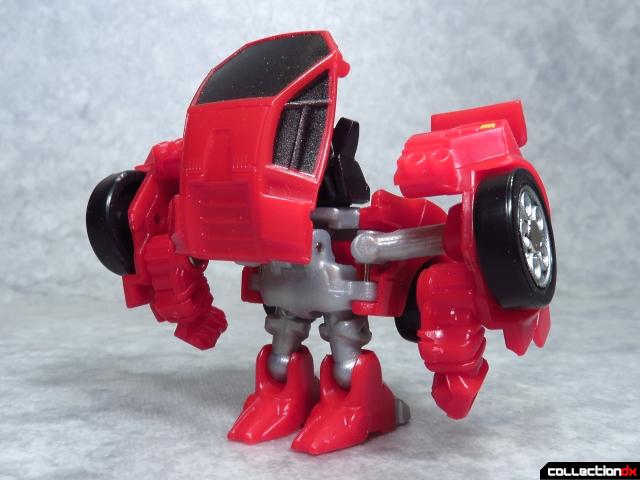 He feels a bit looser in this mode than Rodimus, with the backpack and head not really coming to a clean "stop" in this form. 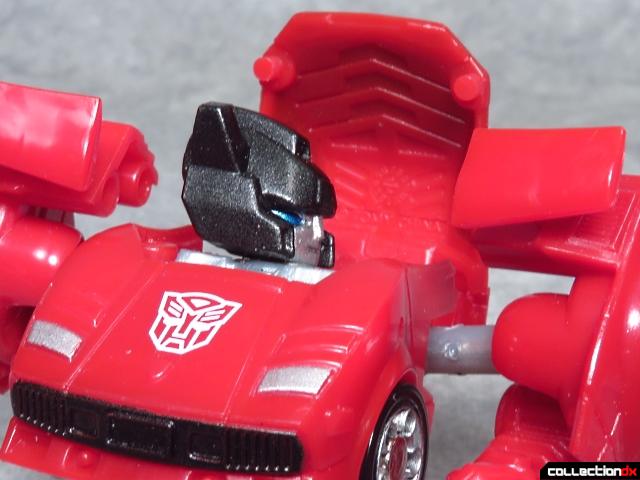 Also, I feel like there was a major missed opportunity by not molding Lambor's rarely seen rocket pack inside the roof of the car. Rodimus managed to get internal surface details that looked like his trademark spoiler, so I figured the designers at TakaraTomy would dig deep. Here, Lambor just gets some generic robot stuff. 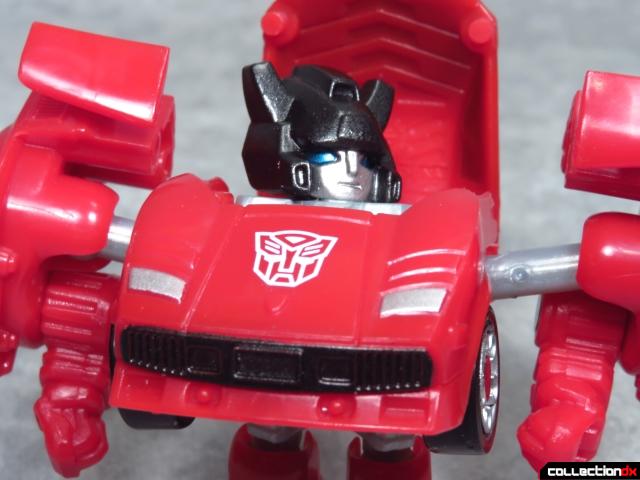 And like his Masterpiece counterpart, Lambor's little blue eyes tend to be under the shadow of his helmet. Also, the lack of a stable upper body means turning his neck can cause Lambor's head to push down where it's harder to reach. 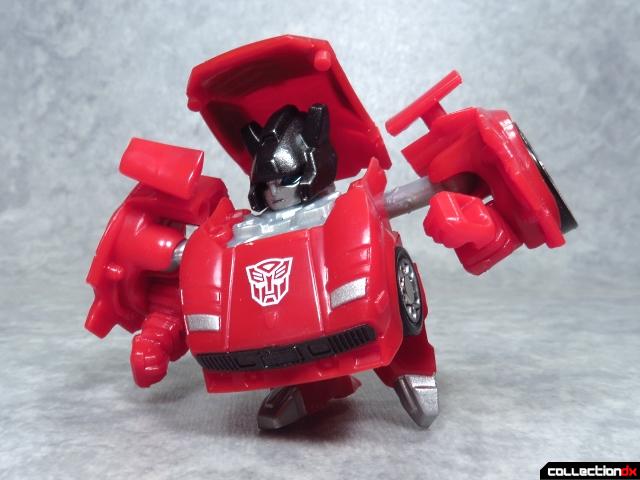 Issues aside, Lambor has the same articulation as most Q Transformers. Ball-joints in his legs and arms make him a decent piece of hand candy. 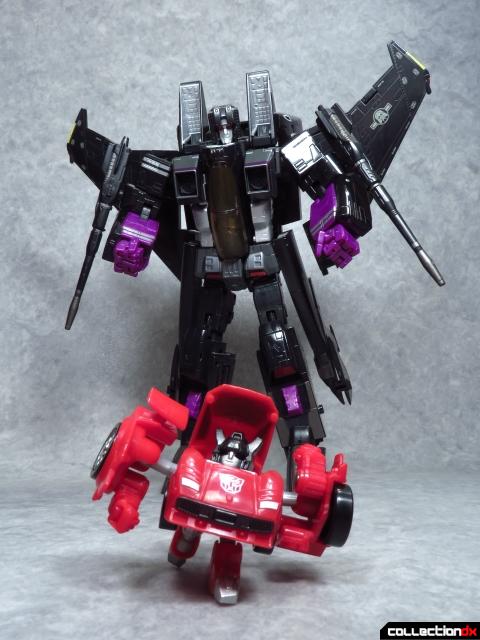 Unfortunately, his size leaves him at a major disadvantage... 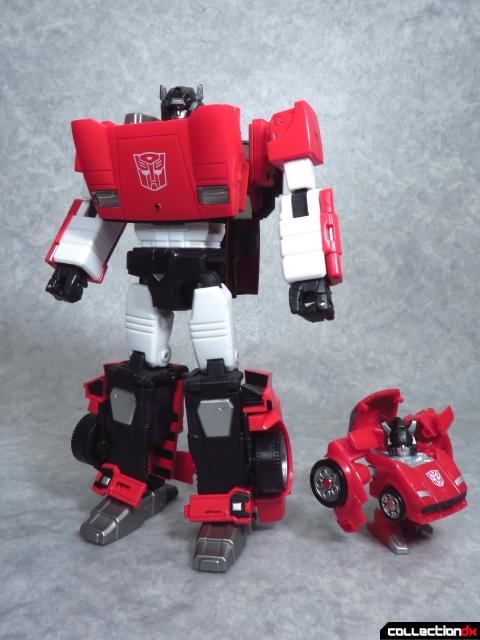 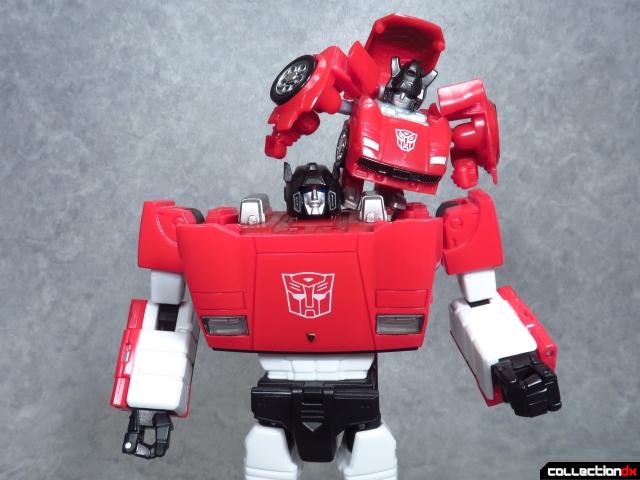 "The little man on my shoulder tells me to wrestle airplanes."

I feel like this is proof of how some Transformers have a very broad appeal even without a lot of significant screen time.

The jet judo bit still sticks with me, though... 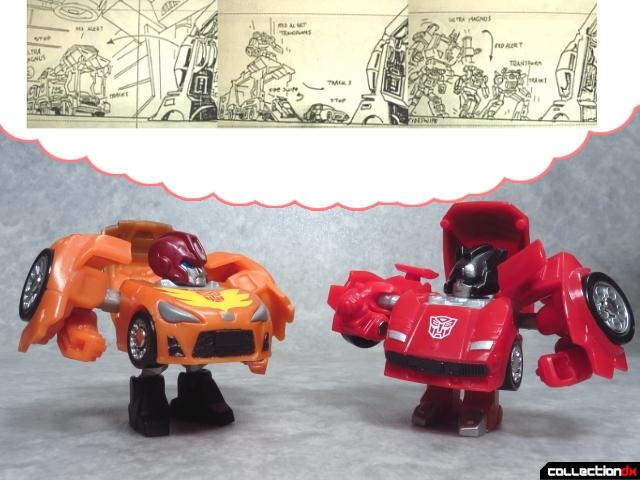 "Oh hey... Lambor? Er, sorry for that. I feel like we've never been properly introduced."

"Well, my one scene in The Movie never made it past the storyboards so yeah..."

Lambor stays with us even if he just stopped showing up in the cartoon outside of a few cameos in the Headmasters anime.

The Q Transformer Lambor is alright for what it is, but feels rougher than Hot Rodimus. Again, though, with this line it's really up to your own personal affection for a character to feel as if the QTF version is worth tracking down. They're kitschy and neat, but not really essential.