At the end of a goofy detective drama episode of Ressha Sentai ToQGer, the ToQGer find the Police Ressha amongst the monster-of-the-week’s stolen loot.

The train looks good for what is a 15 dollar toy. However, it is missing some of the finer details of this train's design, like panel lines and windows that are colored in.

The front of the train has a police shield that along with the lights are nice golden accents on the train. 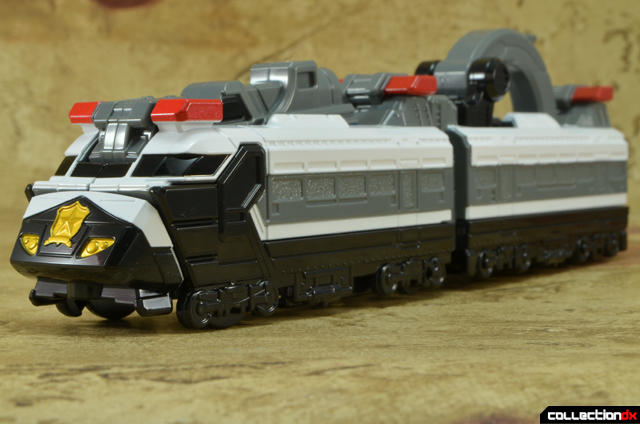 On the underside, we have several wheels to facilitate rolling this train about.

At the rear of the train we have a rectangular connection point, which is pretty standard on most of the ToQGer trains. 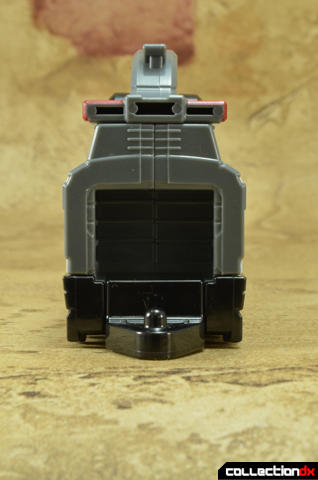 You can also split the train in half. Then you can use the hitches and the circular hole at the front to link the train’s halves to each other and other trains in this line.

The front half of the train also houses a hidden gun. The gun is a nice blue and grey color. 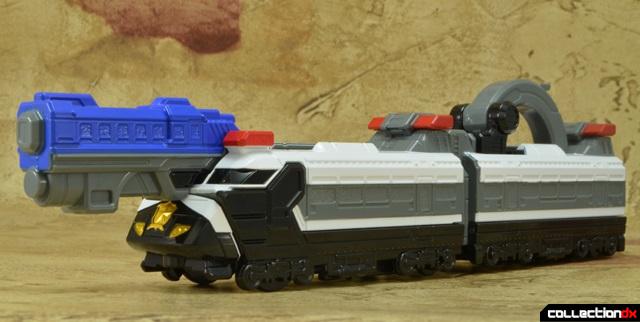 The Police Ressha can also interact with the ToQ Changer. So you know the drill by now. If you want to check out those sounds, click on that video review! 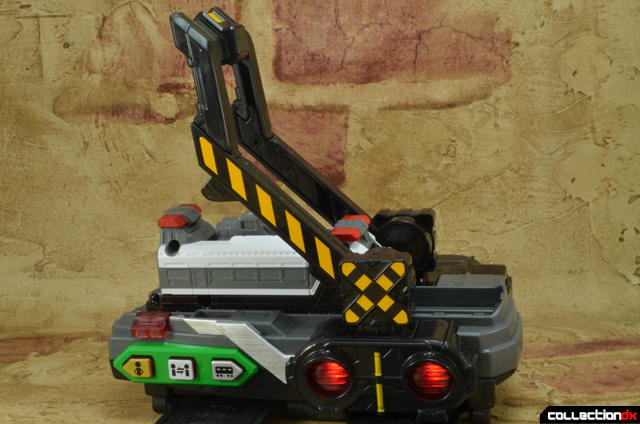 The Police Ressha also serves as attachments for the ToQ-Oh's arms. 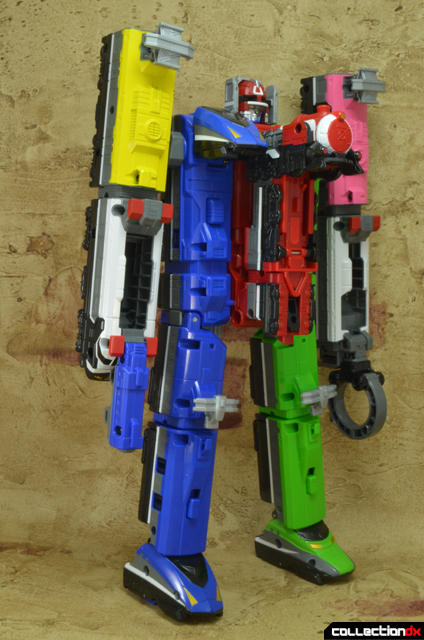 The right hand wields the gun that pops out of the front of the train. 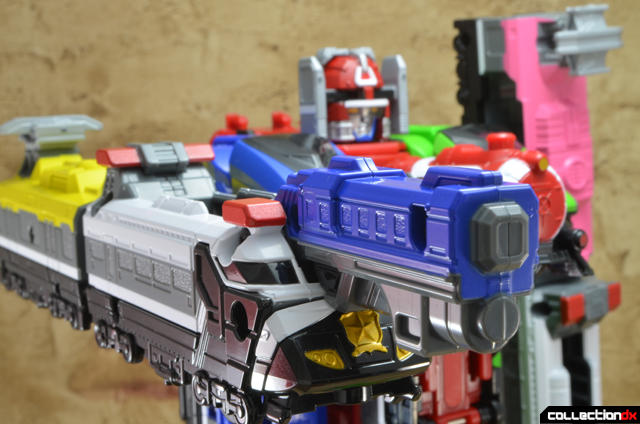 The left hand is now equipped with a handcuff that can also double as claw-type weapon. 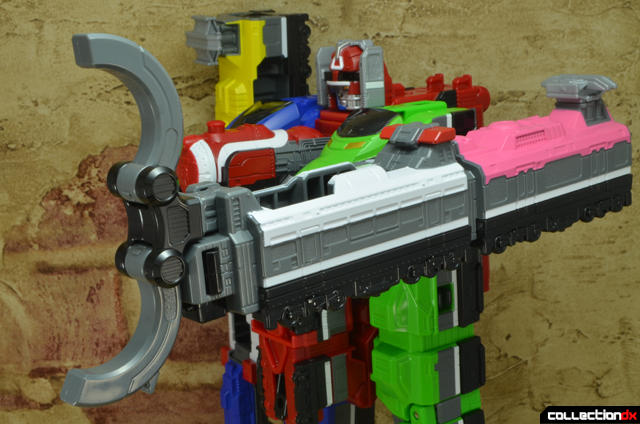 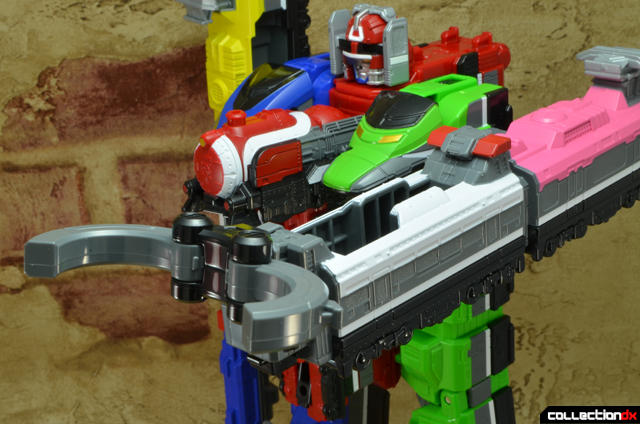 So once again, we have another case of the dreaded train-arms, where the arms look nothing like arms. However, this time around, the arms have nice police-themed weapons, which go well with the theme of the train and the ToQ-Oh. 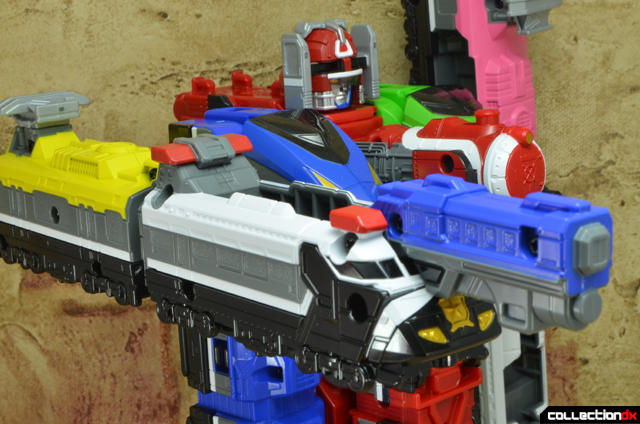 The ToQ-Oh's face, including visor and paint scheme, would work well on a police robot, so the police weapons feel right at home with the ToQ-Oh. Just ignore all of the train parts sticking out of this cop-bot. 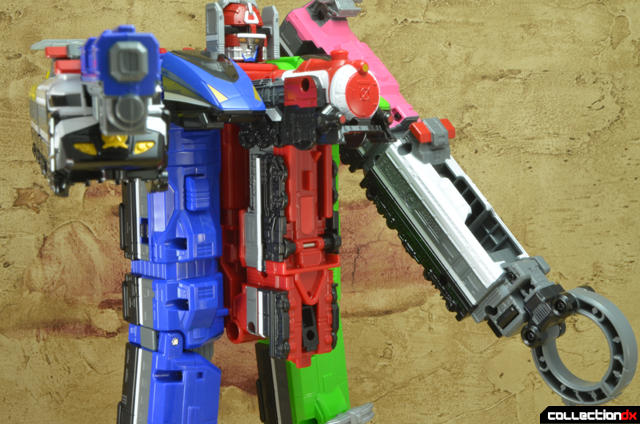 The Police Ressha is a weird concept, but a pretty good toy if you are looking like the design of the train and/or want to add some firepower to the ToQ-Oh’s arsenal. At the price point of these trains, you get a good bang for your buck.

2 comments posted
Who even thought a police

Who even thought a police train would be practical? It looks cool though.

The only real life application I could think for such a train would be to transport criminals or equipment. Otherwise you are limited to stopping crime that occurs near the railroad tracks.