Perhaps the most ambitious offerings from Bandai's Super Robot Chogokin line is the Big Order Room, a series of four sets of GaoGaiGar mecha, each with a part of their headquarters. The first two releases were normal releases, while the second two were both web-exclusive, making assembling the entire set more difficult. However, at long last, I have obtained the final piece, including the incredibly American Mic Sounders, and the maid robot Piggy. 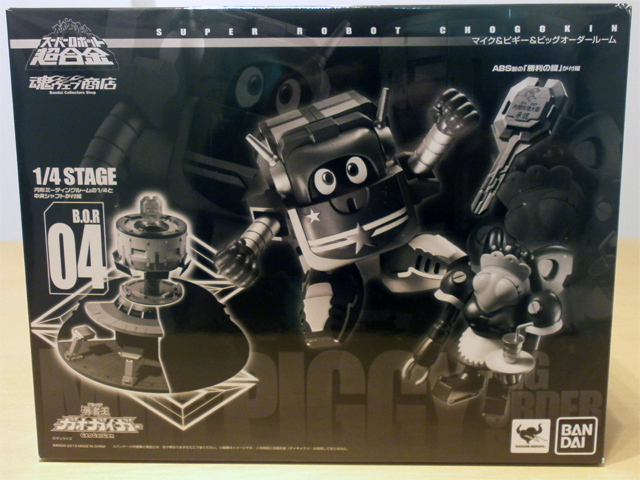 The box is gray due to its Tamashii Web Exclusive status. I'm somewhat disappointed that unlike previous Brave SRC releases, it's not emblazoned with a famous quote from the robots inside. There's no reason they couldn't have put Mic Sounders's “OH NO, HELP ME” on the front. 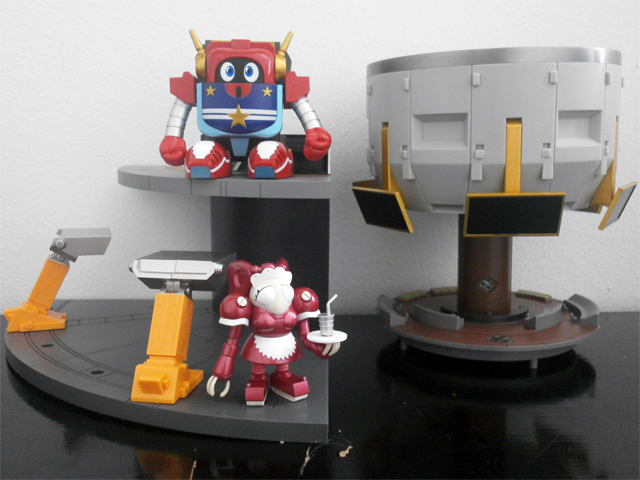 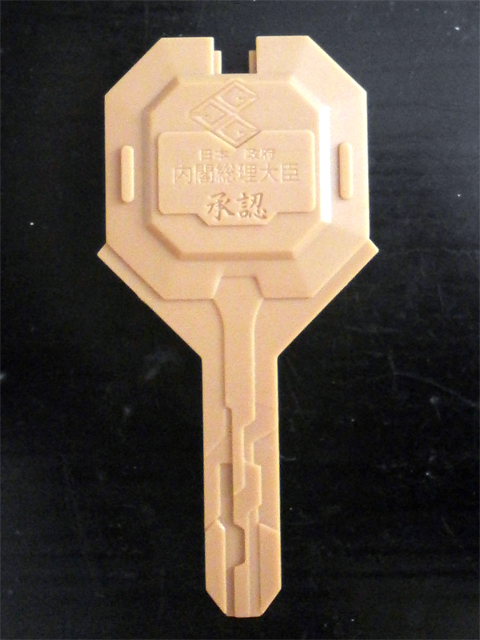 The contents of this set include the two robots (neither of them have any accessories), the last quarter of the Big Order Room and two more seats, and the centerpiece of the whole ensemble. There's also a plastic Key to Victory, I guess in case you didn't buy the previous set that had a diecast one that looks much better. 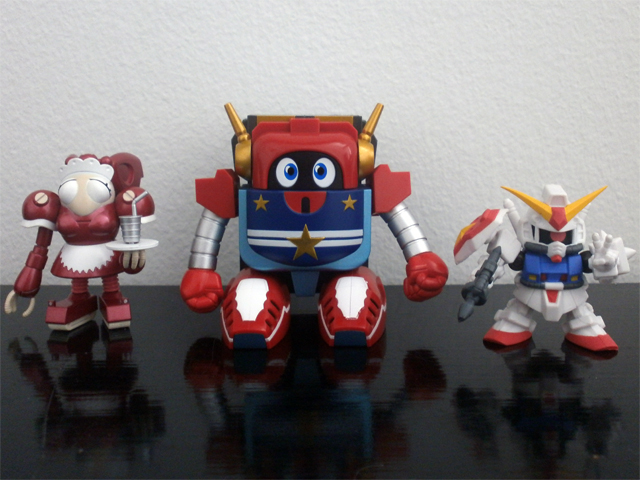 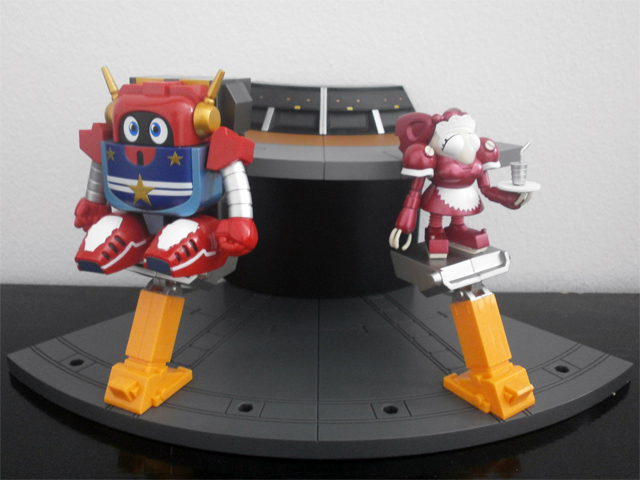 Both Mic and Piggy are tiny, at least compared to all their GGG compatriots. There's no lack of detail on either of them for their size, but there is one noticeable thing they don't have: metal. That's right, this chogokin release has no chogokin whatsoever. It's a strange ommission, but I'm more confused than offended by it. 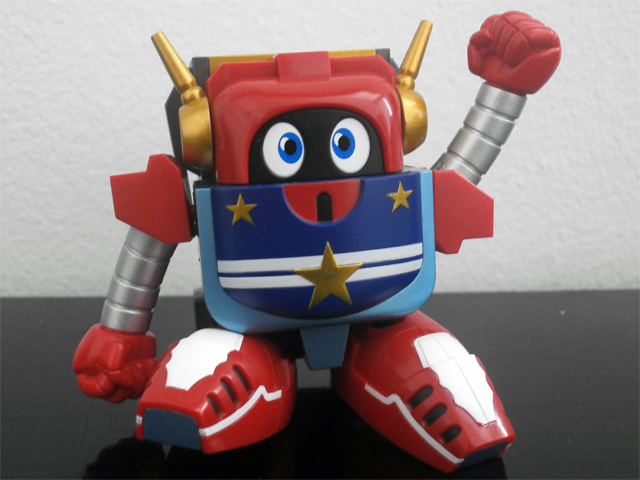 First off, Mic Sounders. This figure does a great job of portraying him in his adorably useless Cosmo Robo mode. His arms and feet both move, just not excessively. 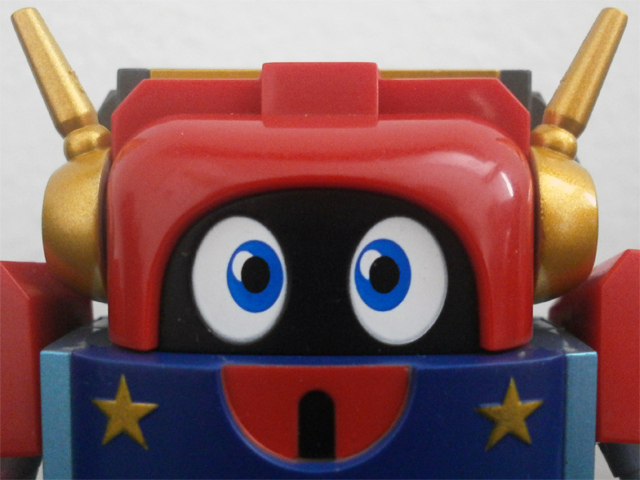 I wouldn't have minded an option to swap out Mic's face for some of the other ridiculous ones he made over the course of the series, but his default one looks just fine. 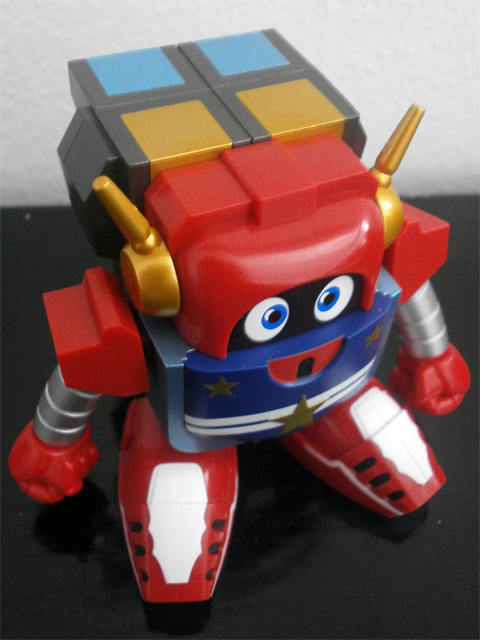 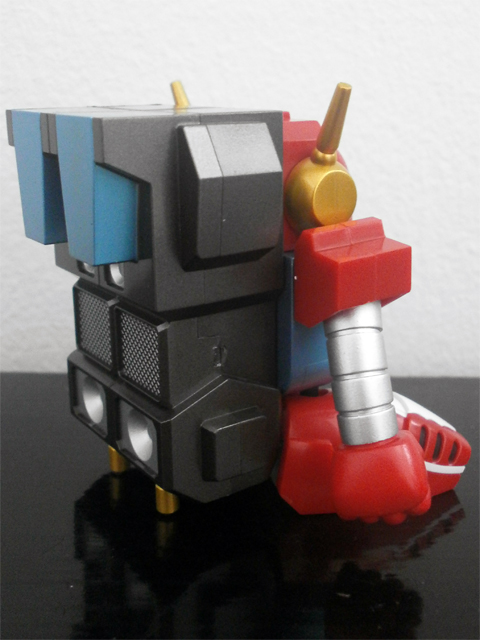 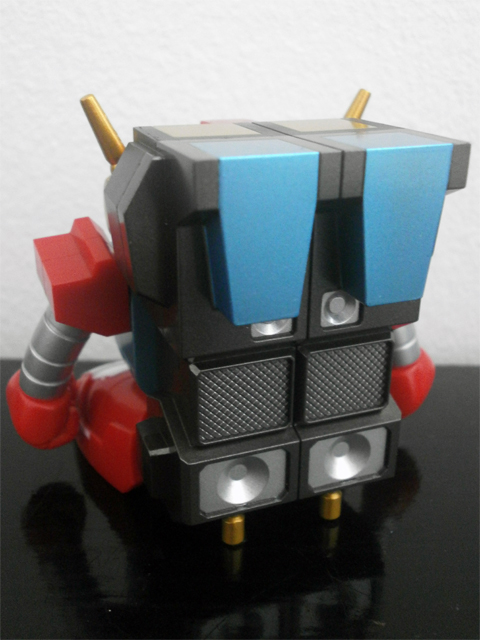 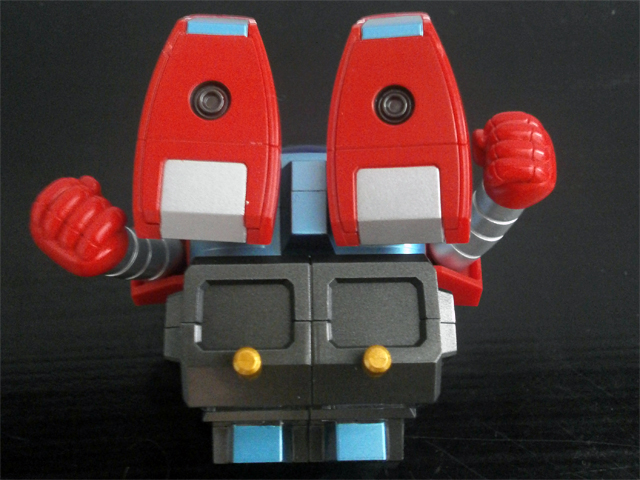 There's no lack of detail anywhere on this guy. The back, which becomes the legs for Mic's Boom Robo mode, look just as good as the front. 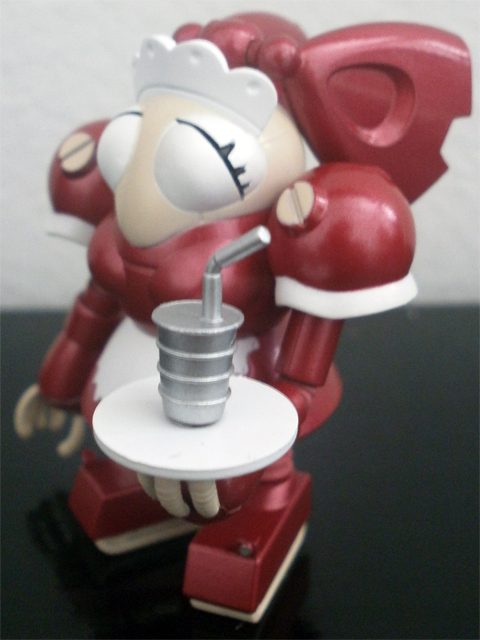 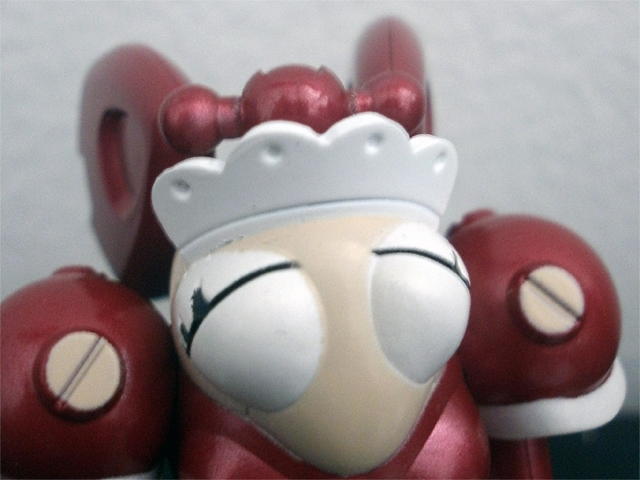 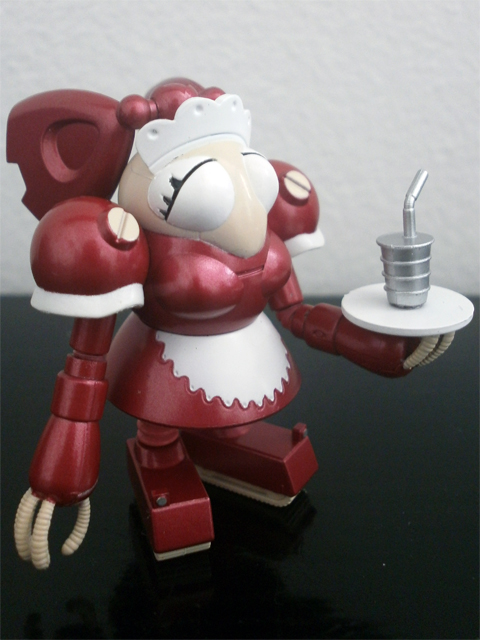 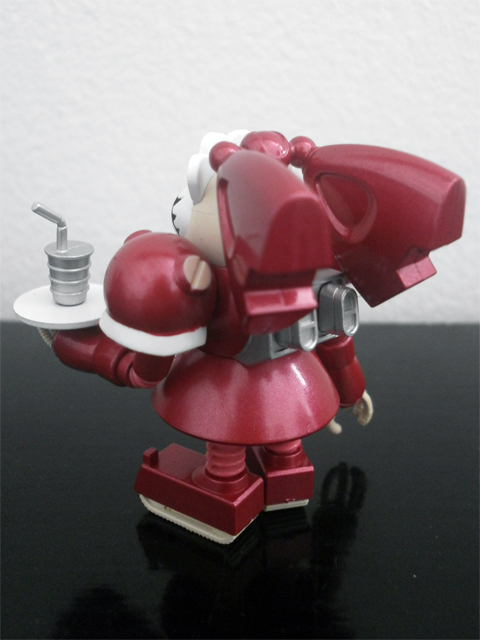 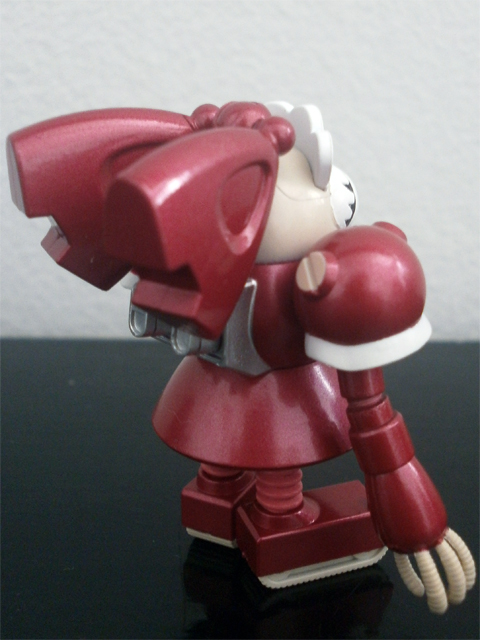 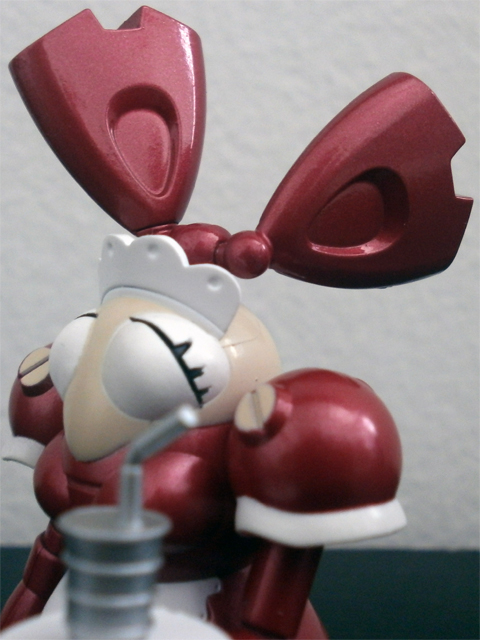 Piggy also looks great. Really, I'm still amazed she has a figure, as GGG's waitress robot, she doesn't really appear that often in the show. The only articulation she has is that her hair pieces are movable, otherwise she's permanently stuck serving drinks. 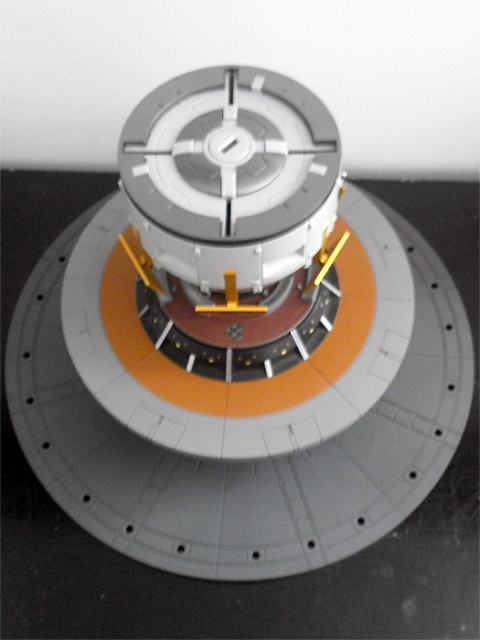 However, the bulk of this release is the last two pieces of the Big Order Room. The assembled room is enormous, it's over a foot wide and nearly ten inches tall. 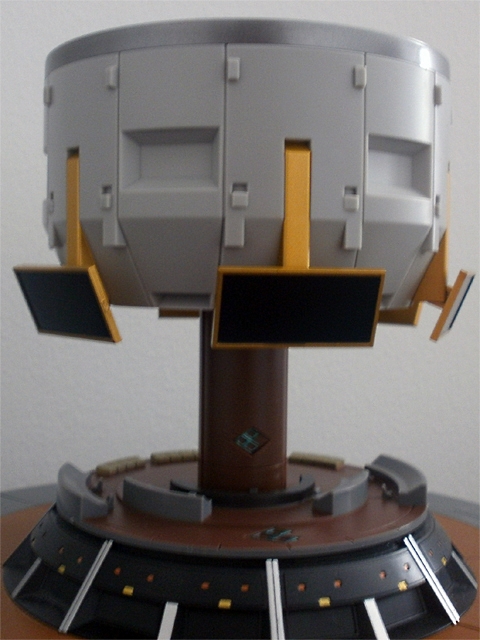 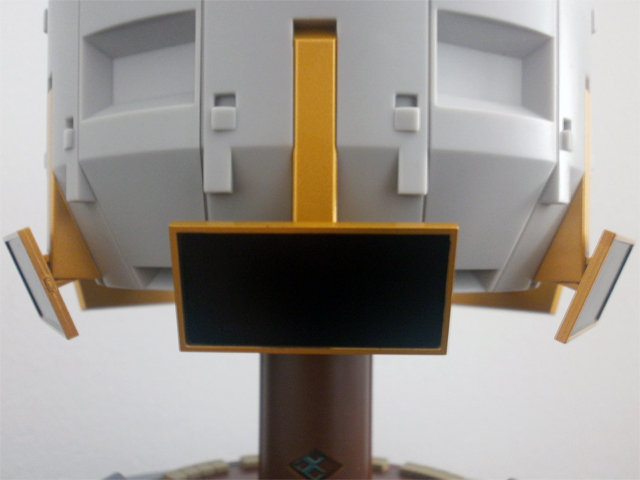 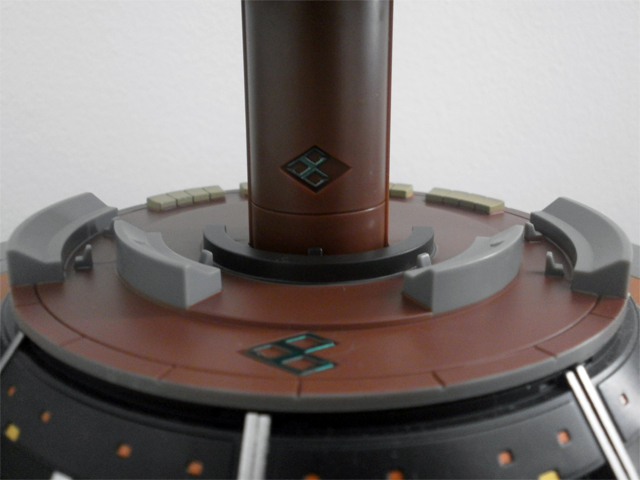 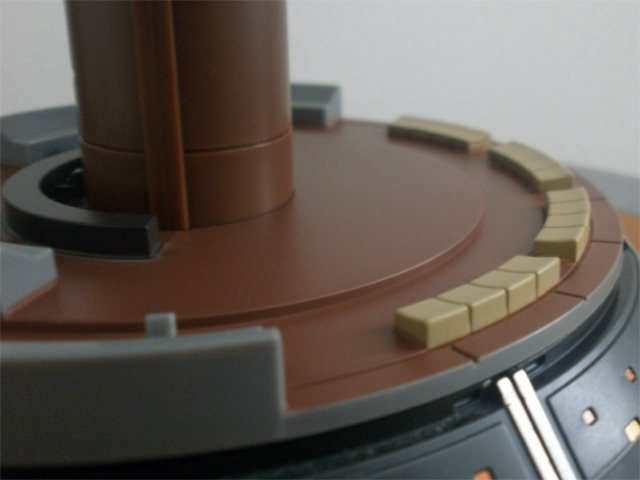 The centerpiece has minute detail of every feature of GGG's command room, the only thing it's missing is its crew members. 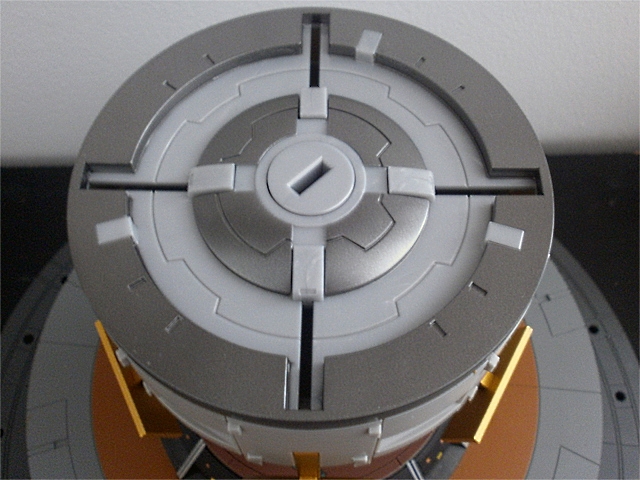 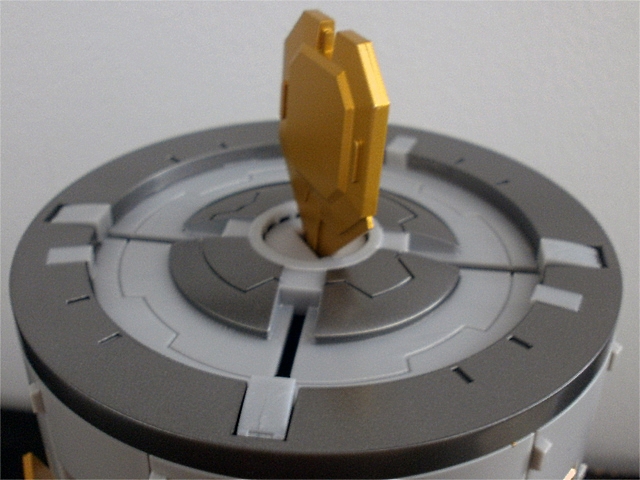 However, the coolest part is that the top is a replica of the panel where Chief Koutaro Taiga inserts the Key to Victory. That's right, now you too can activate the Goldion Hammer. 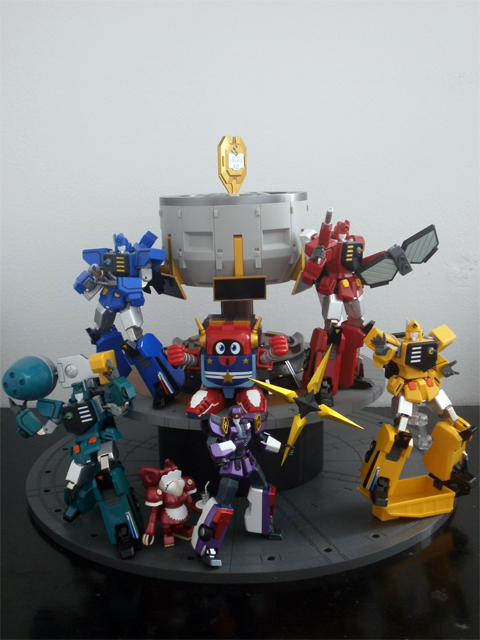 It's very satisfying to have the entire Big Order Room together at last. It's also great to be able to finish up this series of reviews finally. As with the previous sets, I would only recommend this for the most devoted of GaoGaiGar fans. However, if you are one of those, it's very worth your time to pick this up.