Skyrider arrives courtesy of Tamashii Blue Fin, available at BigBadToyStore. Skyrider is the hero of the late 70’s Kamen Rider reboot, Kamen Rider (also called The New Kamen Rider). The costume design is in keeping with the back to basics idea of the series. It’s a minimal, workmanlike revamp of the original. In the series, of course, it looks goofy. That’s part of the charm. But through the lens of S.I.C. the character is decidedly serious. The window box is largish, sturdy, simple. Inside, a clamshell with extra hands, a scarf, and figure stand.Skyrider is one of the less elaborate releases. I find the lack of gew-gaws and endless accessories appealing. 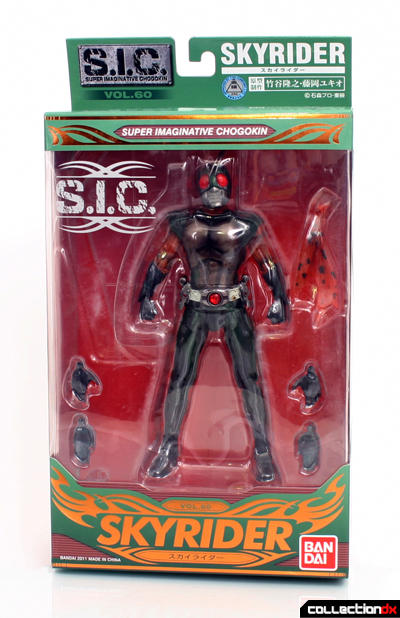 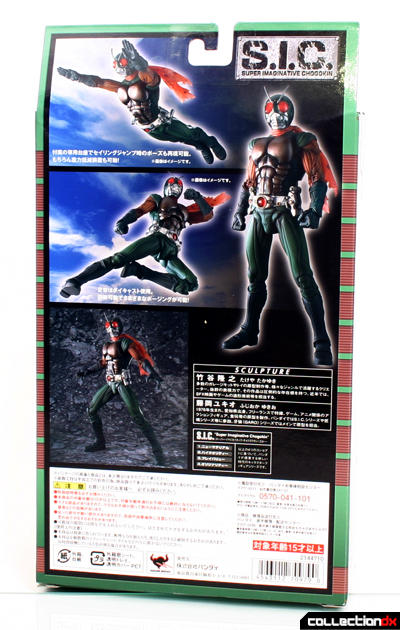 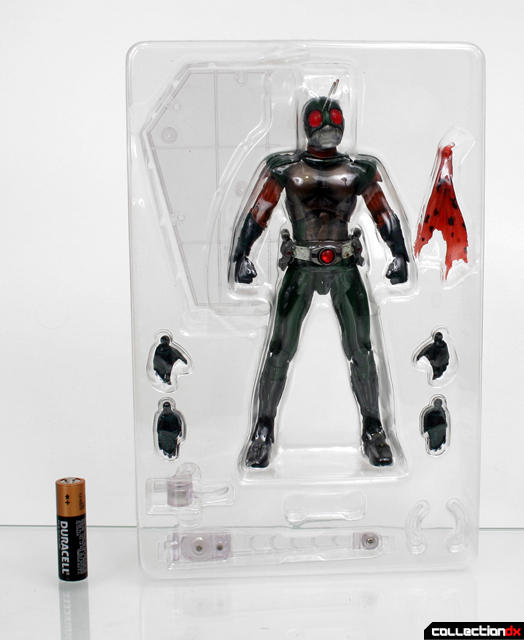 This is my second S.I.C. figure. My first was the smallish, finicky AutoVajin. Skyrider is a different beast. A large, sturdy adult action figure. The quality is really something. While “Chogokin” is right there on the box, metal is not a huge component. The feet are diecast, the rest is a very dense PVC. The sculpt is dynamic, but still conservative. It really feels like what Skyrider was meant to be, but for the limitations of the era. 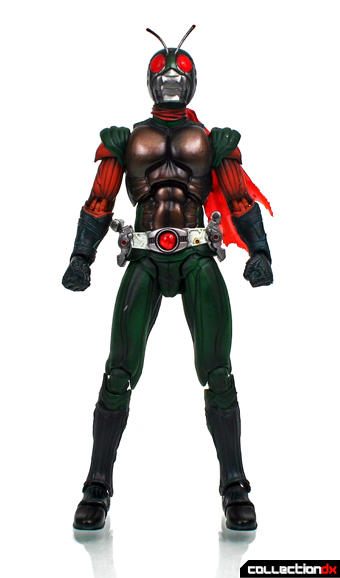 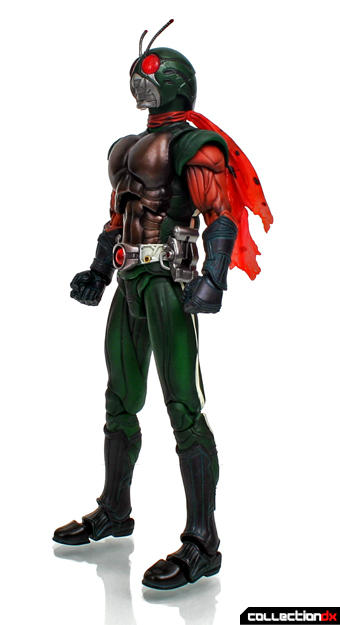 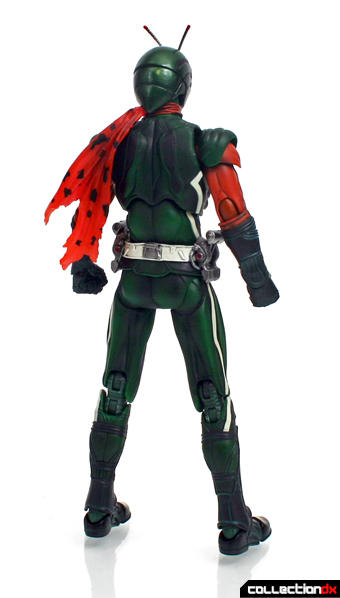 The details make the figure. Again, not excessive; just right. The paint finishes are rich and deep. 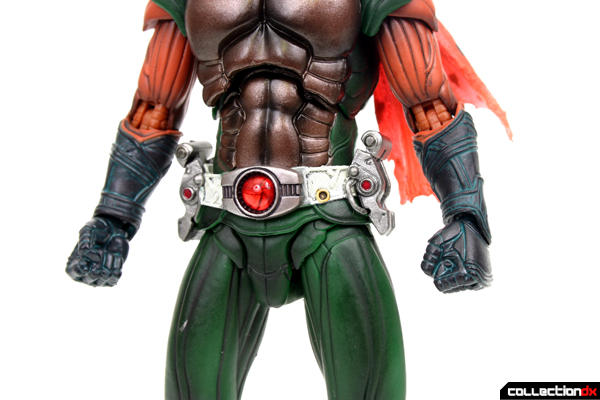 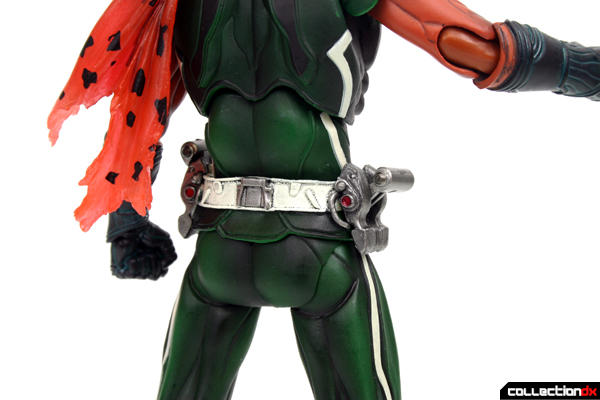 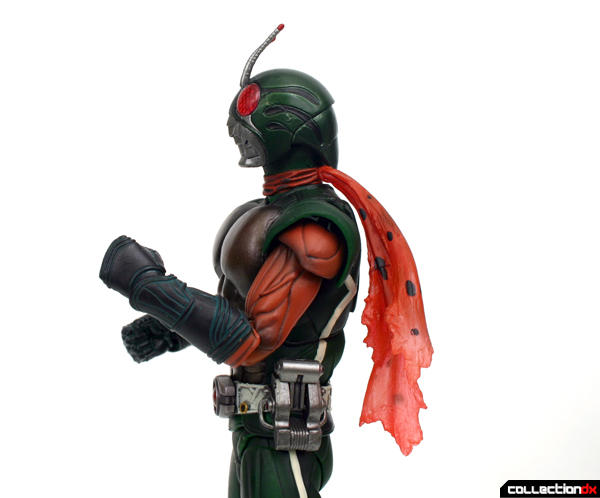 Posing without the included stand is limited. The articulation feels in line with the flavor of the figure. Respectable, but not flashy. 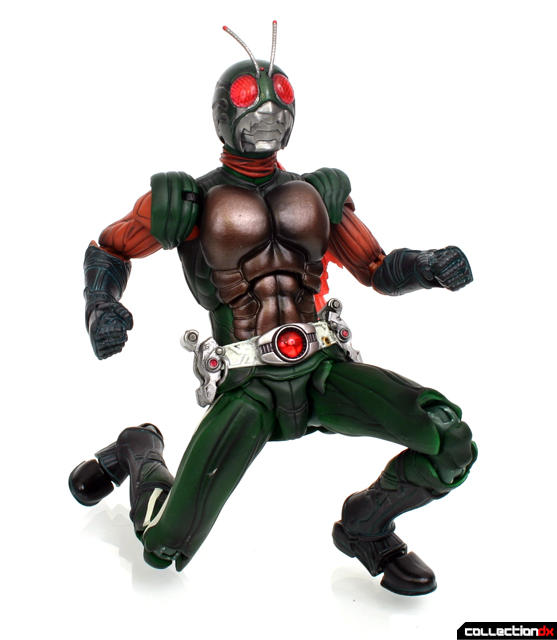 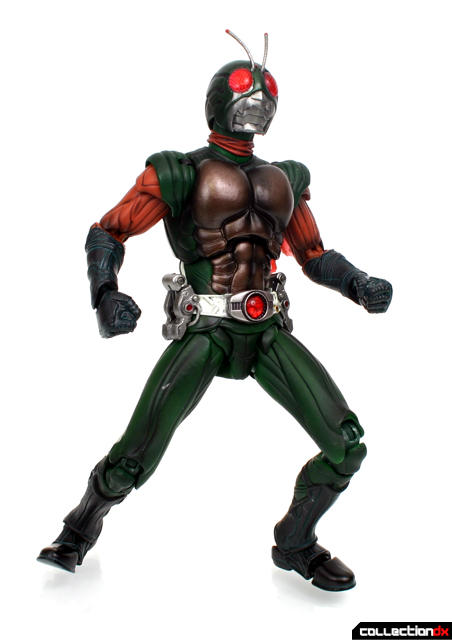 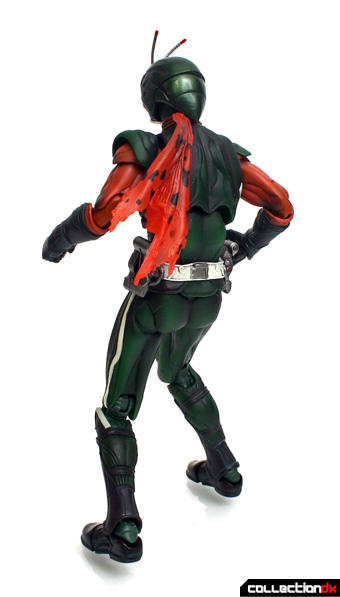 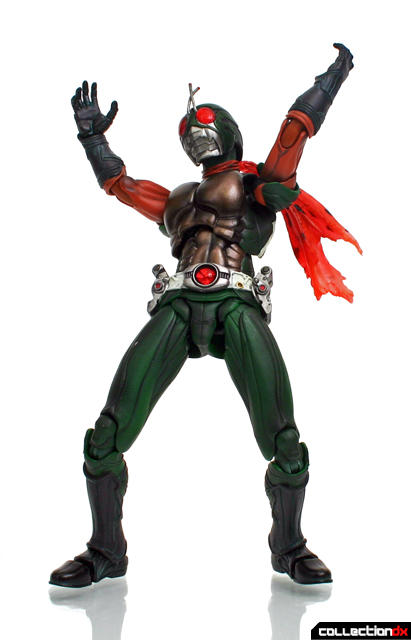 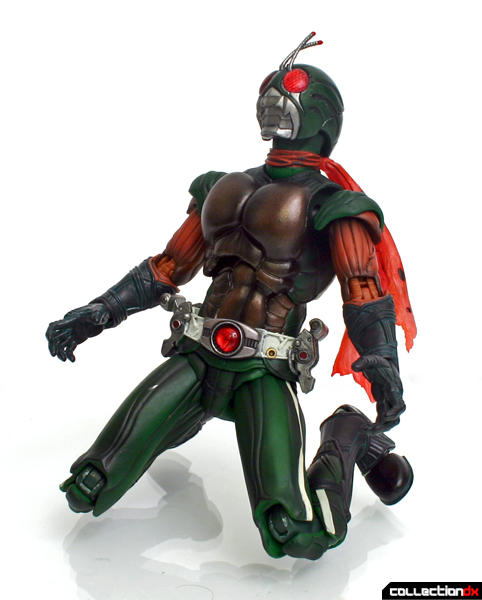 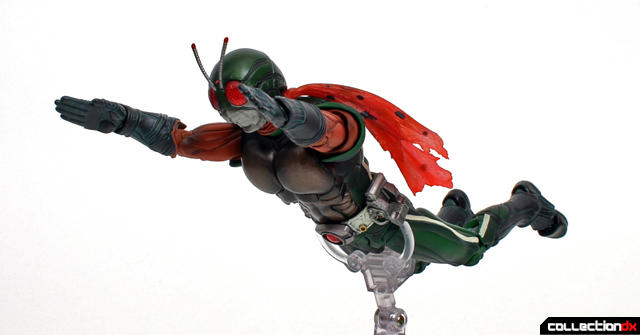 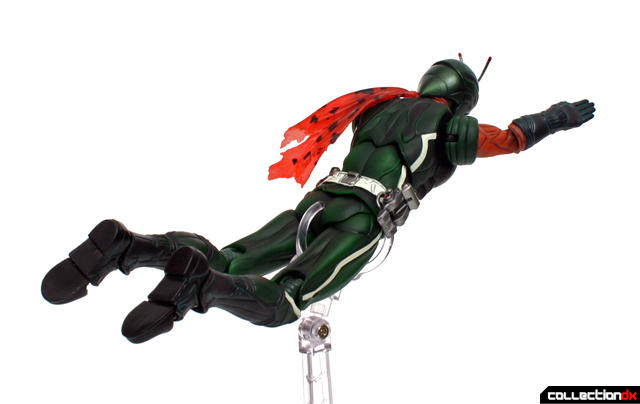 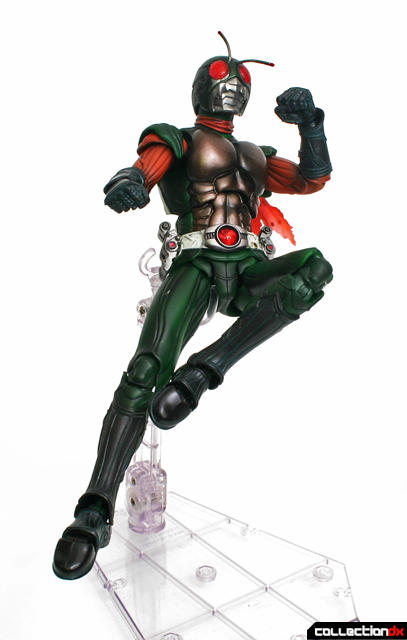 I’m not especially into posing. I appreciate a well articulated figure, but I usually get bored after a few minutes. The Skyrider grew on me. I found myself getting into the process more than usual. An engaging piece. 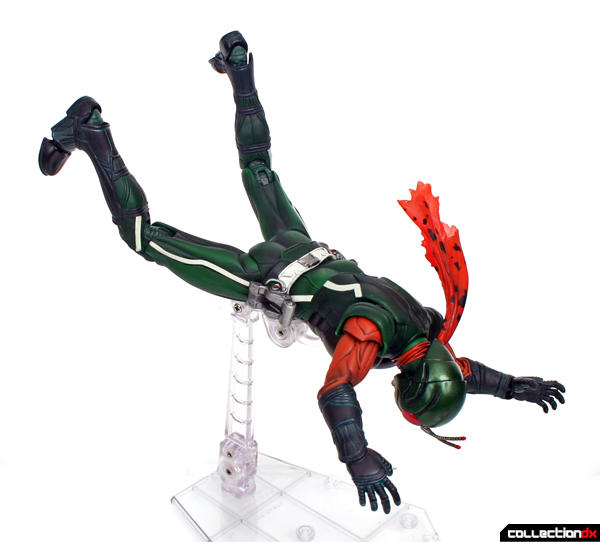 This figure was a pleasant surprise. If S.I.C.’s other offerings are as well executed and satisfying as this, I’ll be picking more up. 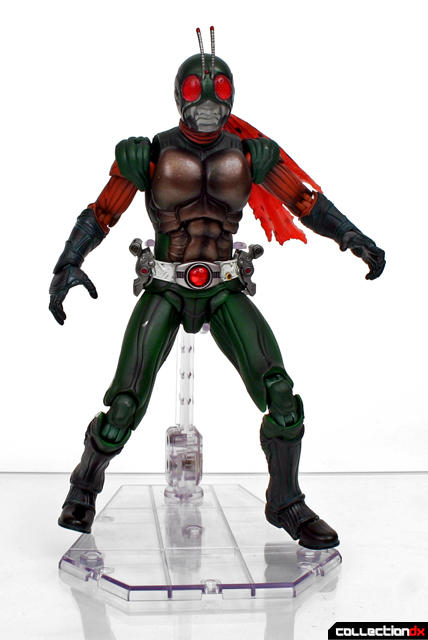 Great review! He reminds me of a slimmer, less creepy looking Another Agito.

awesome review and pictures. this is a simple yet gorgeous figure. less is more, and i see it. im getting one. thanks!