Hey man, I heard you like cyborg grasshopper people. You wanna be one? Too bad! It's a terrible life of fear and violence and ovipositors. What? Your family got killed by the bad guys in Destron? Well, you still can't be a grasshopper cyborg. Leave revenge to us. What's that, you didn't listen and now are going to die horribly from your injuries if we don't make you a grasshopper cyborg? TOO BAD, WE'RE MAKING YOU A DRAGONFLY CYBORG. Here's your motorcycle. 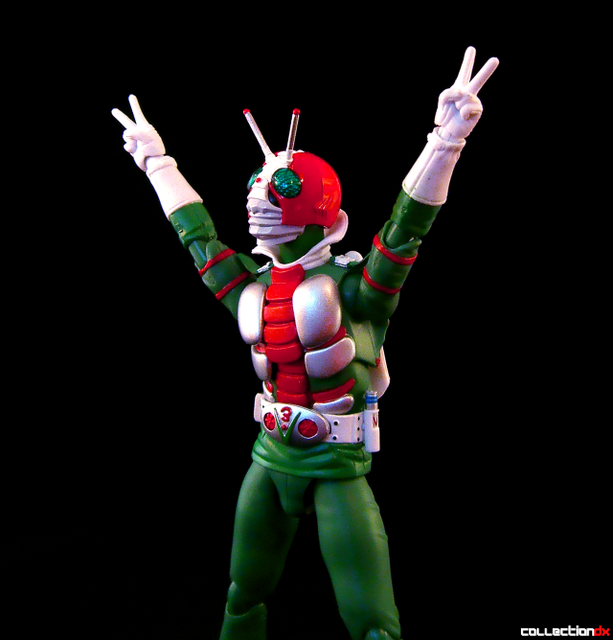 "People have gotta know whether or not their karate dragonfly cyborg is a crook. Well, I'm a not a crook!"

Masked Rider V3 is another one of the old school '70s Kamen Riders, from the original sequel to Kamen Rider, 1973's Kamen Rider V3. The original two Riders were still around from time to time, but the show mostly focused on Shiro Kazami's war of revenge, equipped with the skill of Kamen Rider 1 and the strength of Kamen Rider 2. Of course, he got his own motorcycle. I don't have that motorcycle, unfortunately. 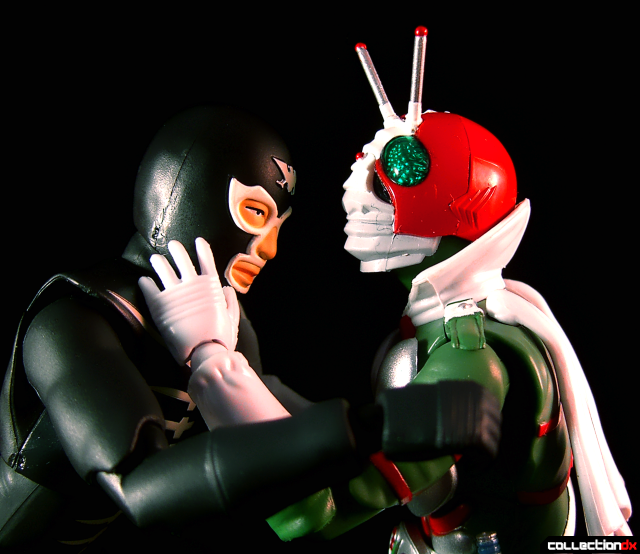 It's also unfortunate that I do not have a Destron goon for him to fight with, but this Shocker Combatman will do nicely!

V3 is really nicely detailed and features all the articulation you expect from the modern S.H. Figuarts renewal figures. He also has lovely eyes. 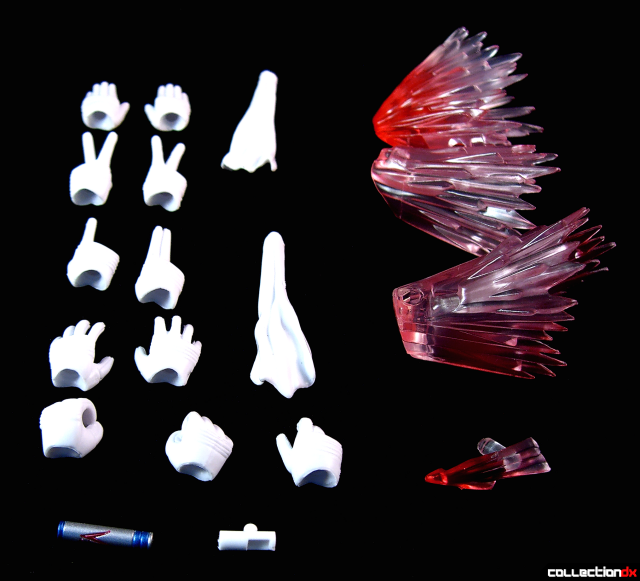 He comes with about a million hands, including the awesome peace sign or maybe V-for-victory or maybe a really rude gesture or Richard Nixon hands. He also comes with alternate scarves so you can have them blow in the wind. You also get a set of transparent effects parts so you can reproduce his Rider Kick! Unfortunately, the effects part is super hard to assemble. 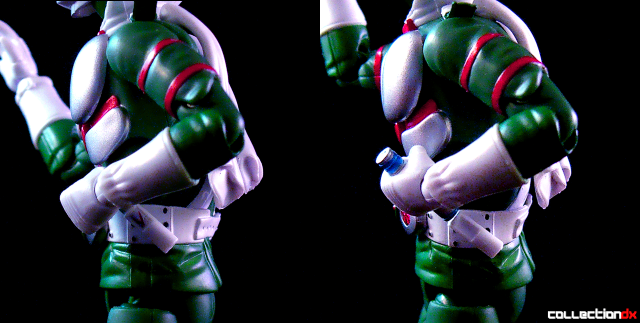 You can also swap off his little holster thing from his belt and replace it with an empty holster and then he can hold his little metal doodad. 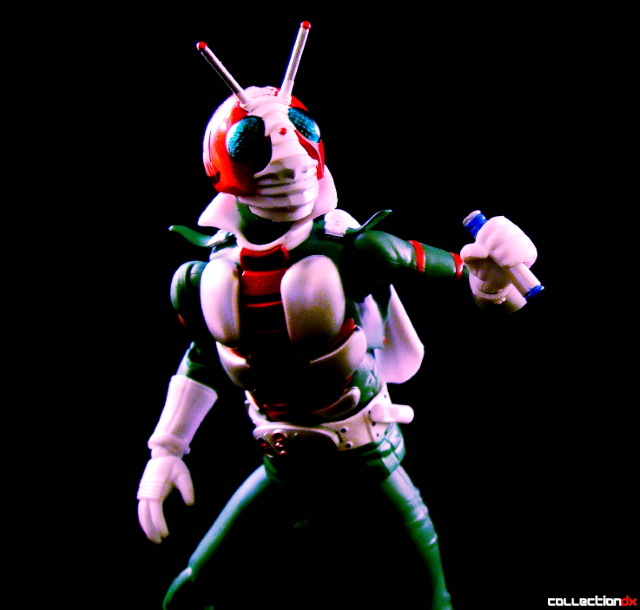 It's nothing special for the already great S.H. Figuarts action figure line, but he is posable as heck. The only joint he's missing is he doesn't have a bicep swivel, but the only Figuarts I have with a bicep swivel is Masked Rider X. He can even touch his toes! 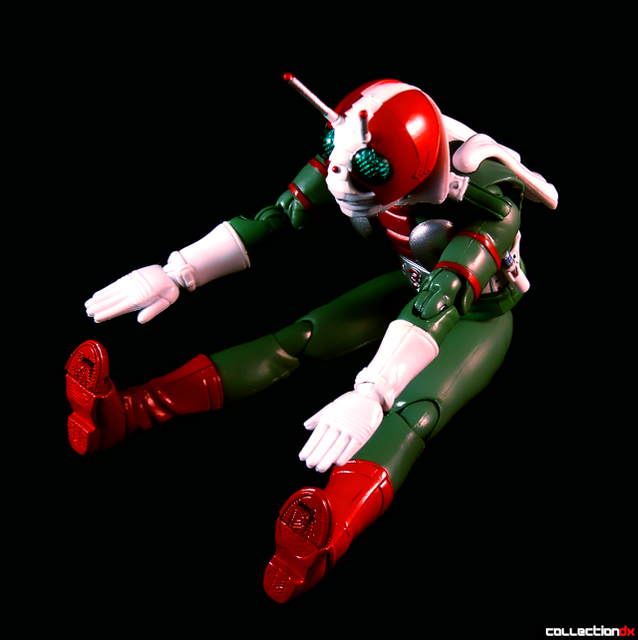 His arms can rotate at the shoulders though and his shoulders can even move in and out so honestly you can get just about any pose you can think of even without that bicep swivel. It's fine by me! 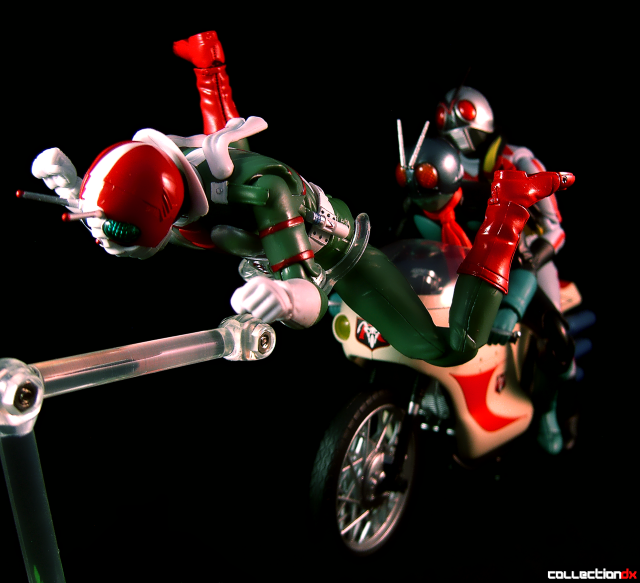 V3 doesn't come with a stand, but he's compatible with most Bandai/Tamashii stands. Worth noting though that the port where you can plug in a stand is right on his butt and it's almost impossible to get the plastic nub out of the way so you can use it. I just ended up using a stand with grabby arms instead because it is was such a pain to try to get it out. 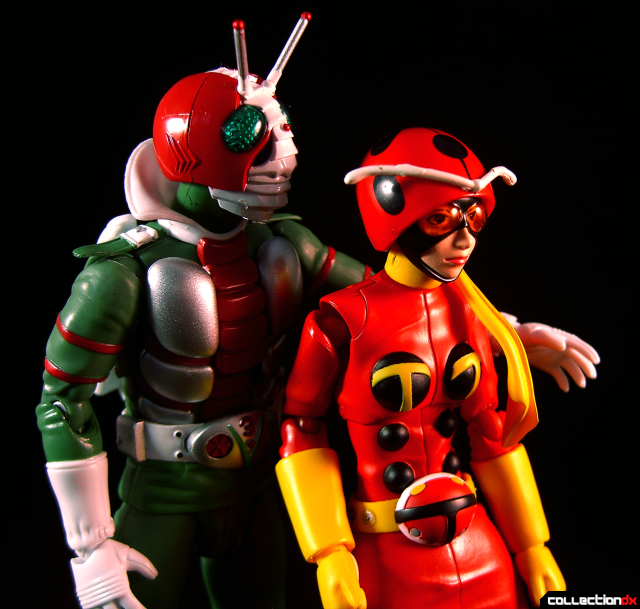 "Hey Tackle! What's a cute-looking ladybug like you doing in a vast empty void like this?"
"Ladybug? I'll have you know I'm a Kamen Rider!"
"Tackle, you're cute, but you're no--" 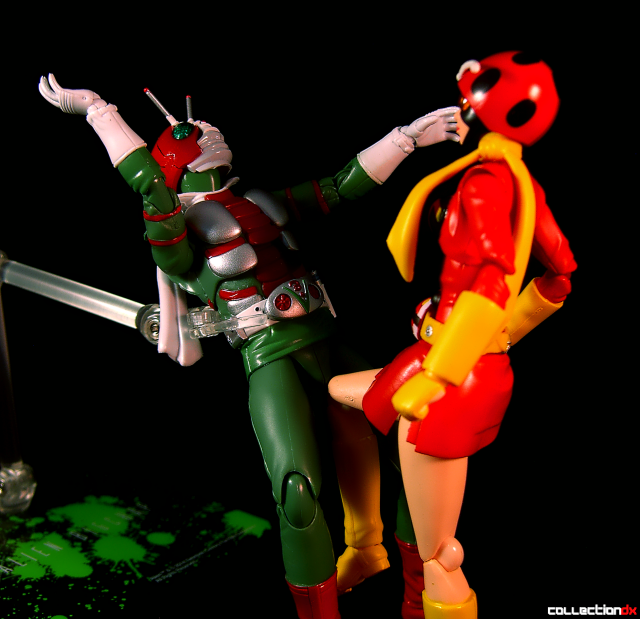 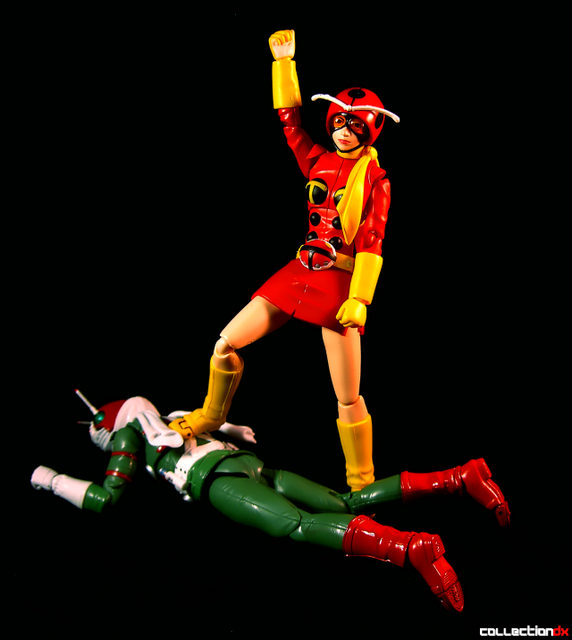 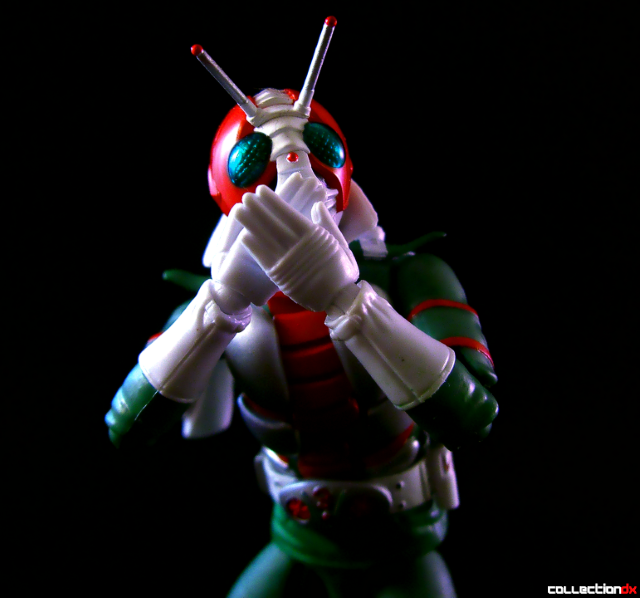 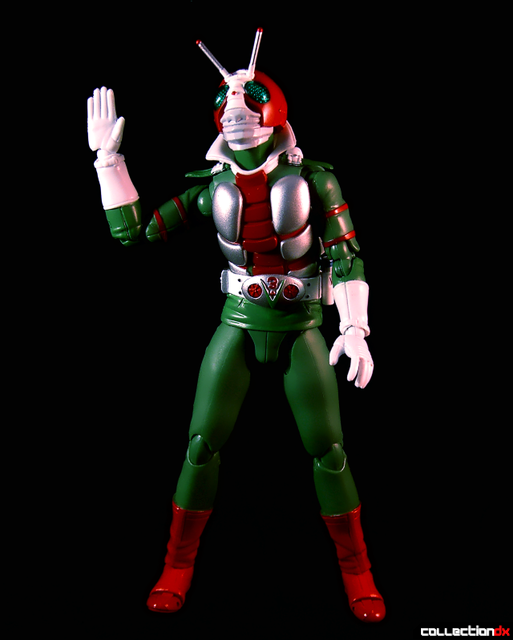 Let's wave a sheepish goodbye to our new friend Masked Rider V3. He has no tact, but he's a great action figure.

Now, enjoy my video review of the cyborg karate dragonfly who just can't get a break.

It's getting a reissue next year. Probably to coincide with the release of his bike, Hurricane.