I have to admit, I have fallen out of love. What once was exciting is now routine. One can take only so much of the same thing you know? Such are my feelings with the ThreeA World War Robot Portable line. Yes, they are insanely cool looking, and they are really neat designs, but something about the whole schtick just wore thin for me real fast. I'm not sure I can place what it is, but perhaps an analysis of the Heavy Bramble will help me figure it out.

This is the Cydonia Def colorway, named after the Cydonia Region of Mars. There are something like 93445634563 versions of each WWR design, so tracking them down can be maddening. I originally wanted to have one of each design, but being unable to track down similar color schemes annoyed me.

This particular Bramble is a mass retail release, meaning you didn't have to be part of a special club to buy one, or undergo some torturous pre-order shenanigans. I got mine off the shelf at Newbury comics.

It comes in a box, with a sticker to denote which colorway it is. 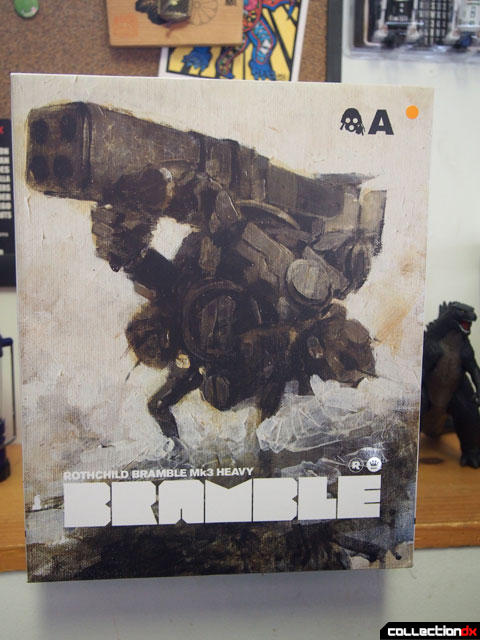 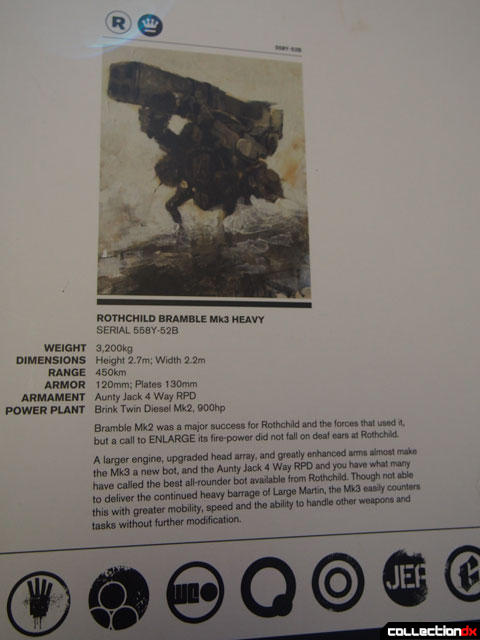 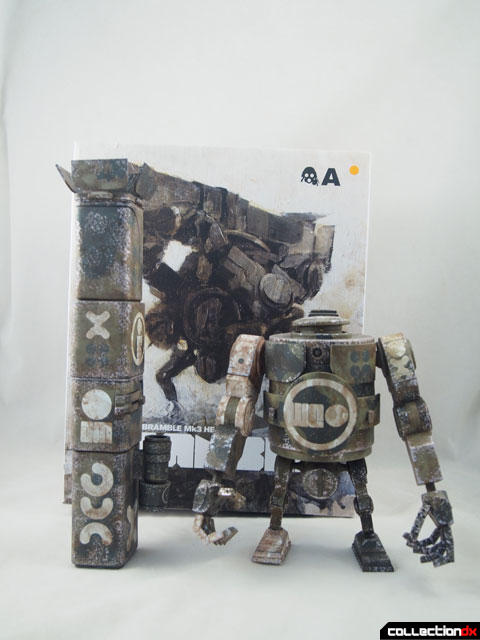 The main draw is the heavy 4-barreled Bazooka. I saw this thing in 1/6 scale and was in awe, but I knew I would never have the place to store such a beast. I settled on the smaller, 1/12 scale line, and it just does not have the same presence. 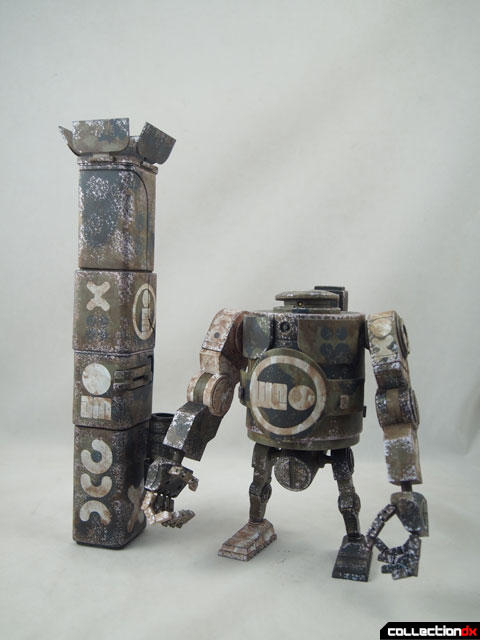 Bramble is made out of PVC and ABS, and has exceptionally tight jointwork. Too tight in some cases. The weathered finish is of course amazing. There's no denying that they are great to look at. 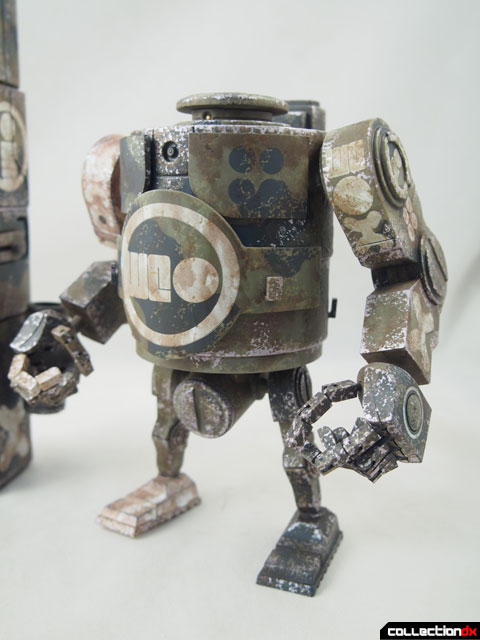 The large bazooka gets held on the shoulder, but there's no peg, either on the shoulder or in the palm of the hand, so you have to rely on the tension of the poseable fingers to hold it in place. Guess what - it doesn't. 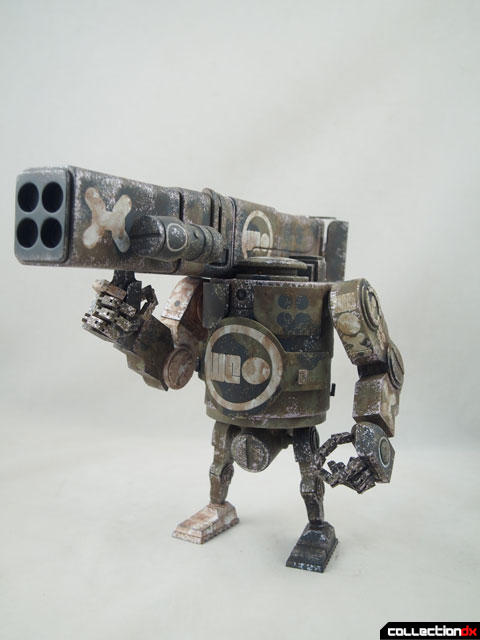 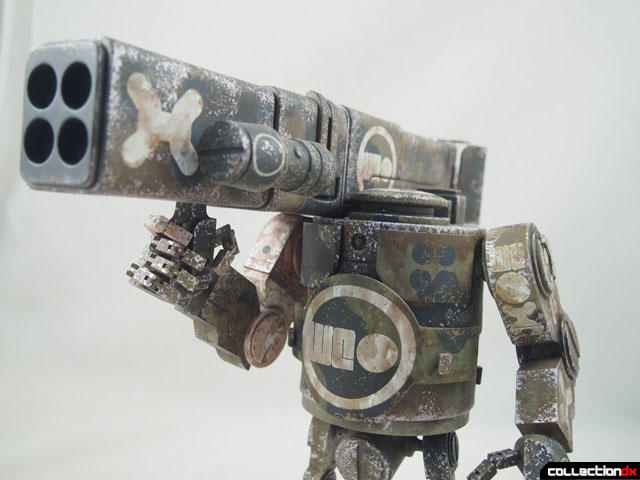 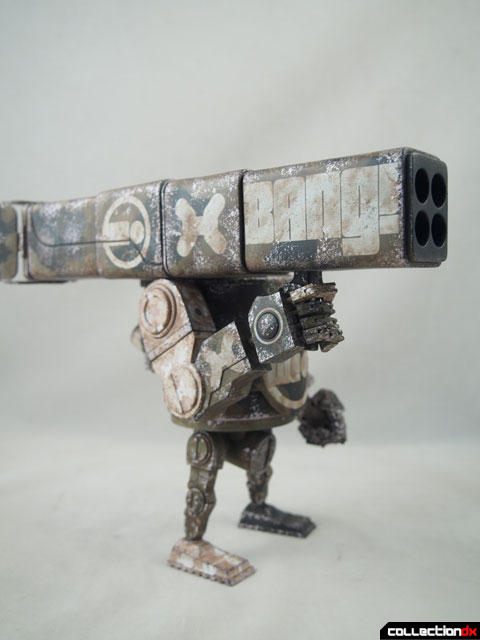 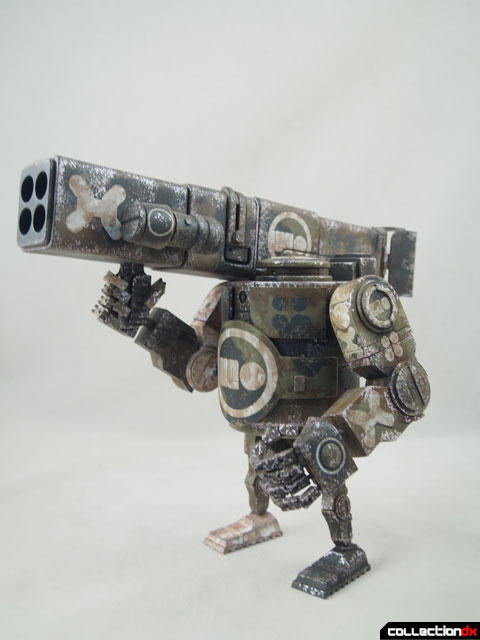 There are supposed to be little cloth pouches that fit onto pegs on the body, but I can never get them to sit right, or stay on. On other ThreeA toys i've actually broken the pins. In the box they stay. 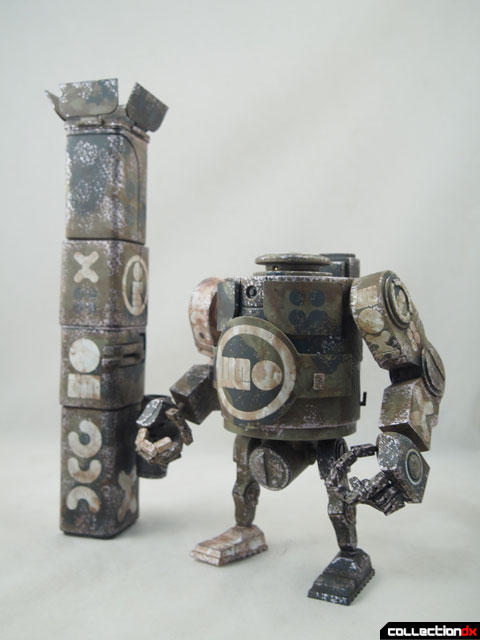 Speaking of broken things, pray that you don't drop the bazooka, because those fins will break right off (as seen here). 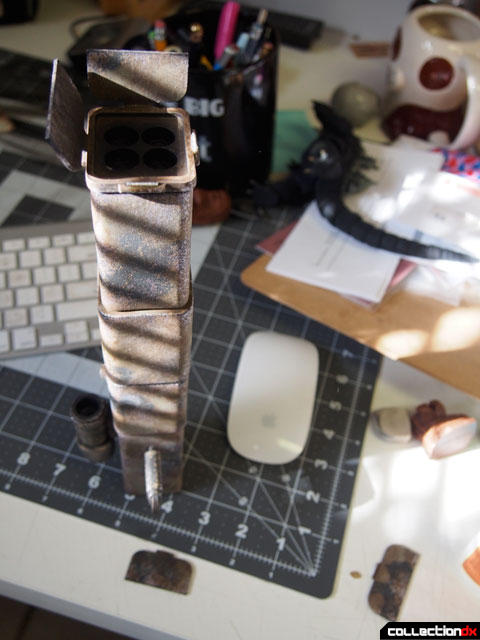 Yeah, I sold it. I have no regrets.

2 comments posted
I'm right there with you when

I'm right there with you when it comes to falling out of love with threeA, and I've only owned one toy. I'd still like a 1/6 Caesar or Harold, and things like the Blind Cowboy and World's Best Robots are pretty interesting, but WWR has gotten boring.