Part 4 of the long-running Jojo’s Bizarre Adventure manga stars delinquent Josuke Higashikata, illegitimate son of Joseph Joestar, as he discovers Stand users both friendly and hostile across his hometown. Josuke’s Stand is Crazy Diamond (localized as Shining Diamond to avoid lawsuits), whose abilities allow him to return any object to its original state. Diamond is Not Crash has long been my favorite arc of Jojo, so I was very glad to find this figure for a reasonable price and even happier to find that Crazy Diamond is another superb Super Action Statue. 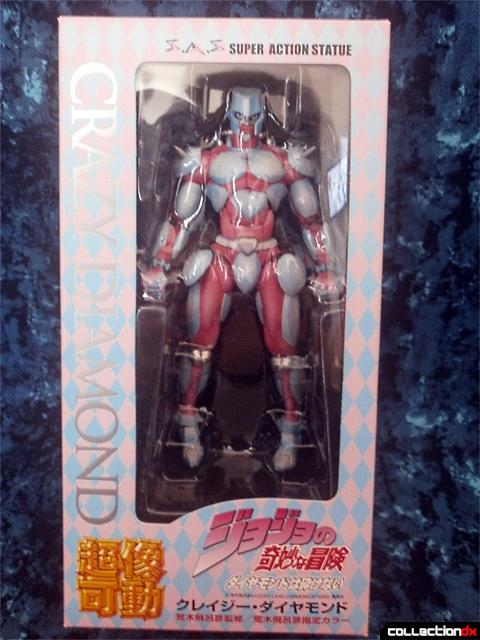 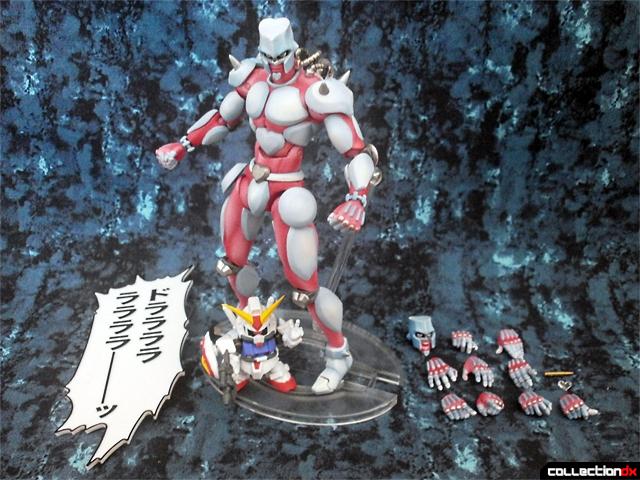 Crazy Diamond comes with nine extra hands and a yelling head. To recreate scenes from the series, a bullet and a piece of glass are also included. A plate emulating a manga panel is also included, reading “DORARARARARA!” for when Crazy Diamond unleashes an all-out attack. 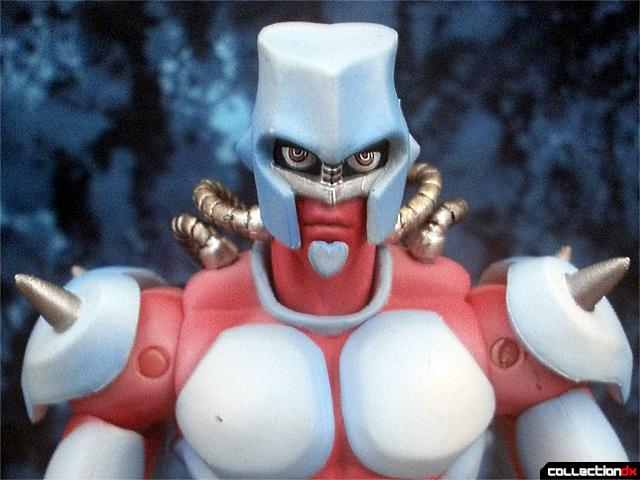 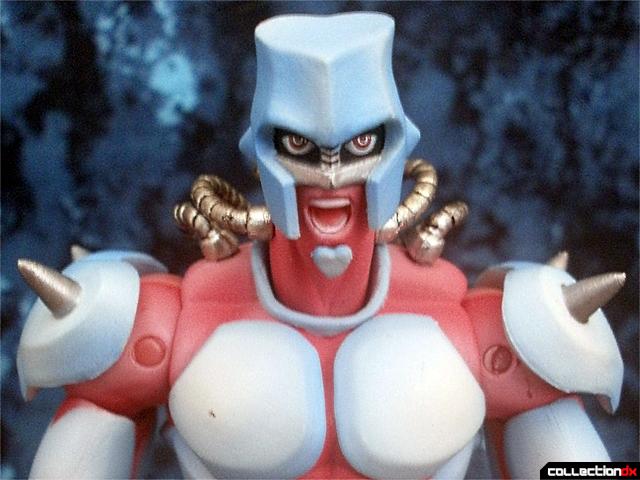 The different expressions are one of my favorite parts of the figure, Crazy Diamond’s shouting face has plenty of emotion. 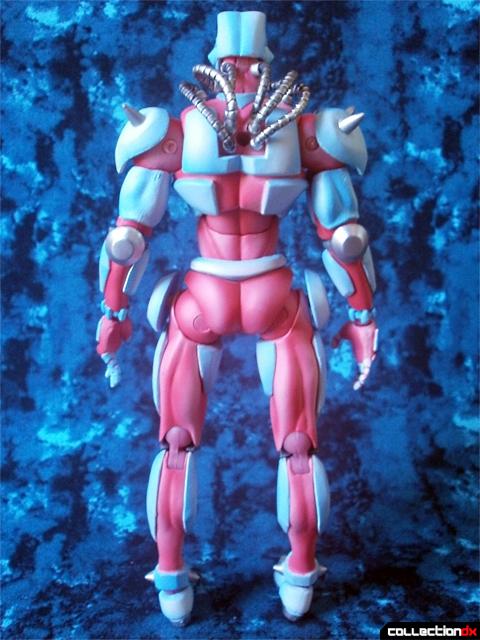 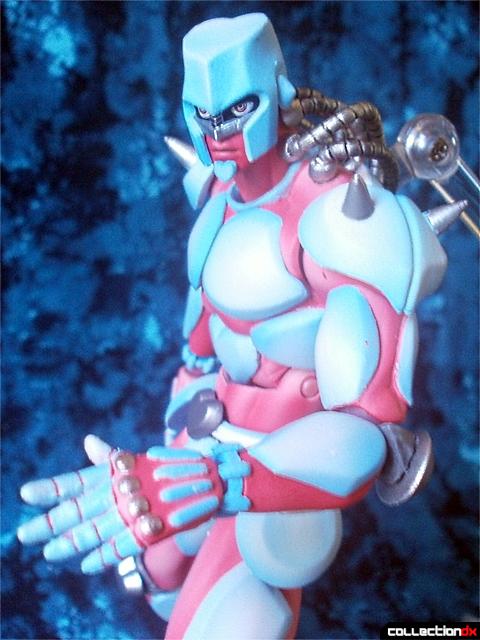 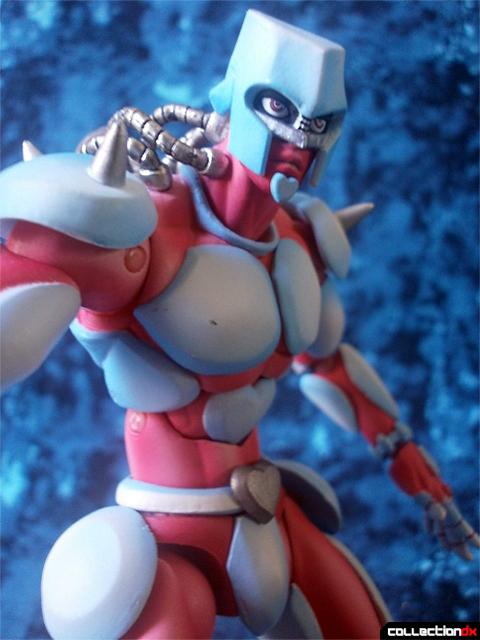 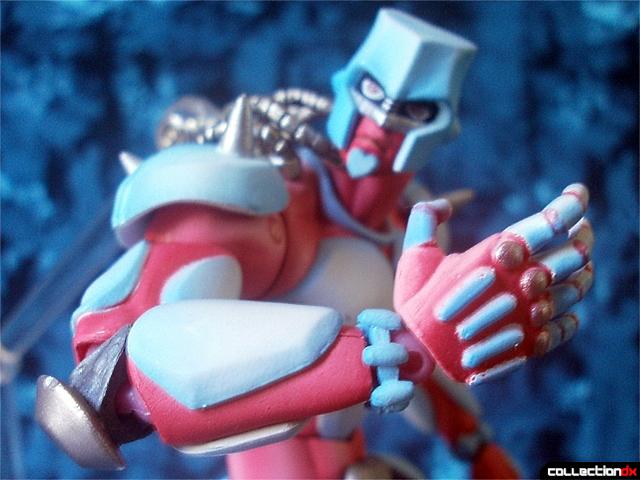 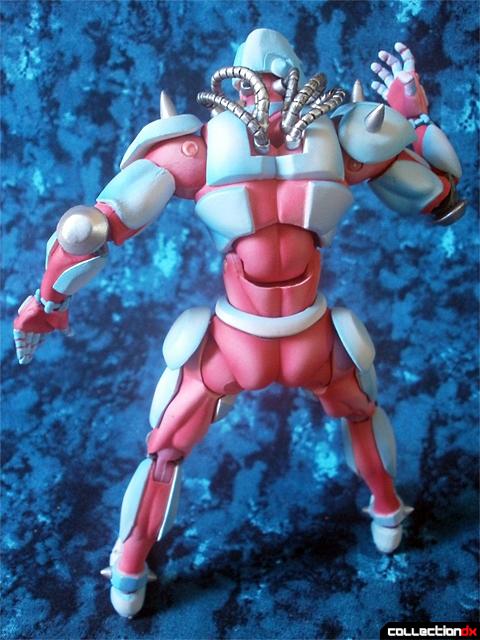 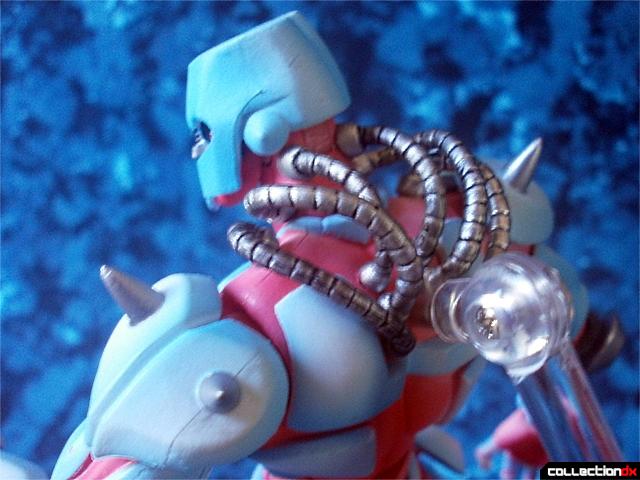 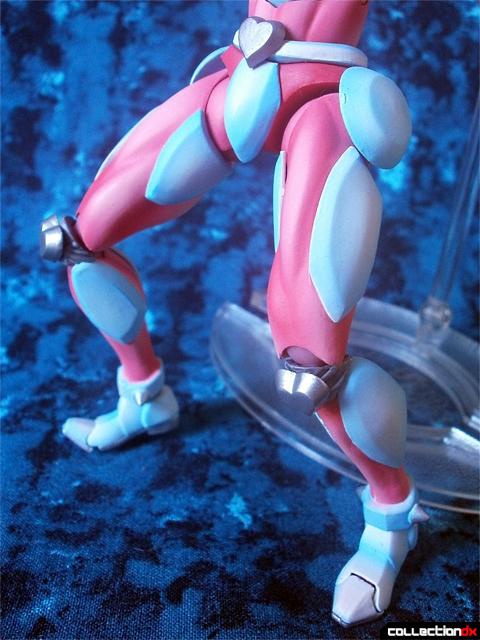 No matter how many of them I handle, the detail on Super Action Statues never fails to amaze me. Each of the hands even have an incredible number of paint apps. The only thing drawing attention away from the superb look of the figure is the enormous shoulder, hip, and waist joints. 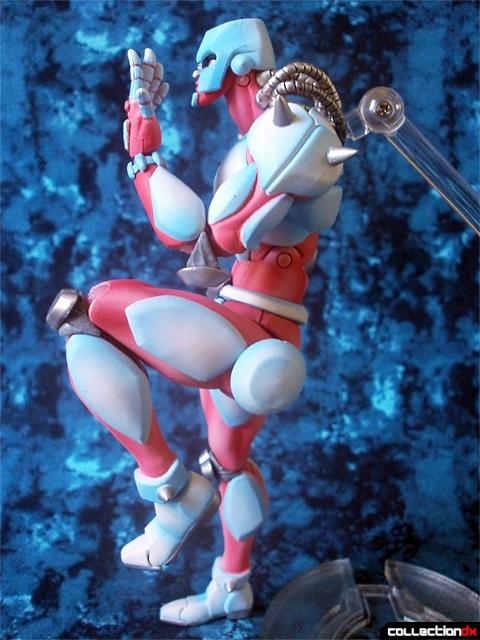 Crazy Diamond is superbly articulated, I particularly like his hip armor on a ball joint and the double-jointed neck. His shoulder pads are the only things that interfere with his motion. 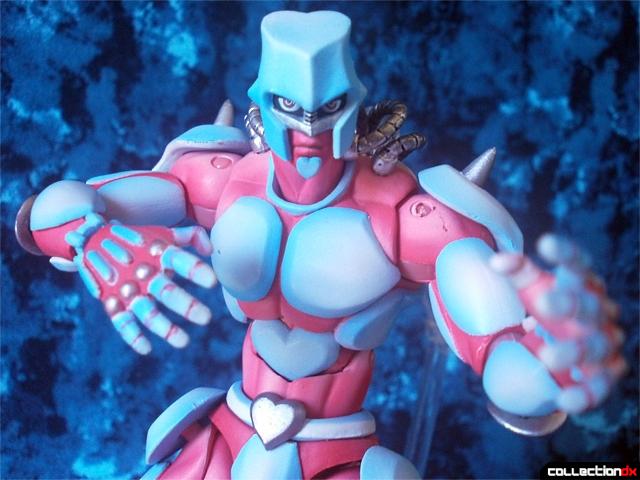 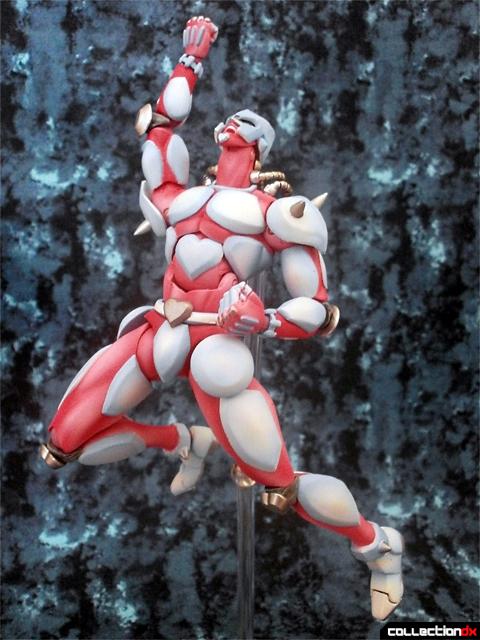 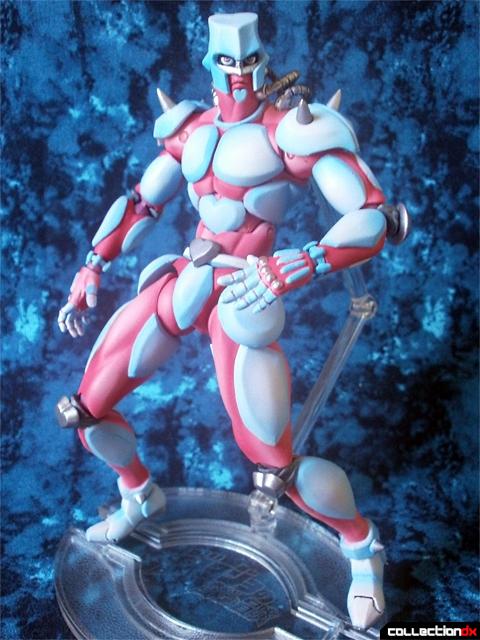 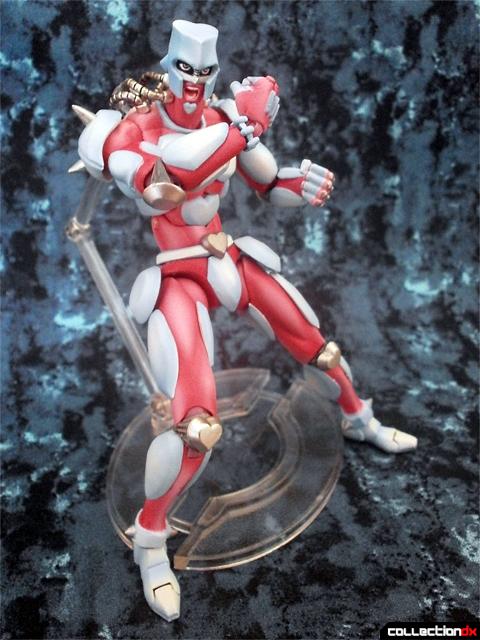 Super Action Statues are ready right out of the box for any fighting stance, and Crazy Diamond is no exception. 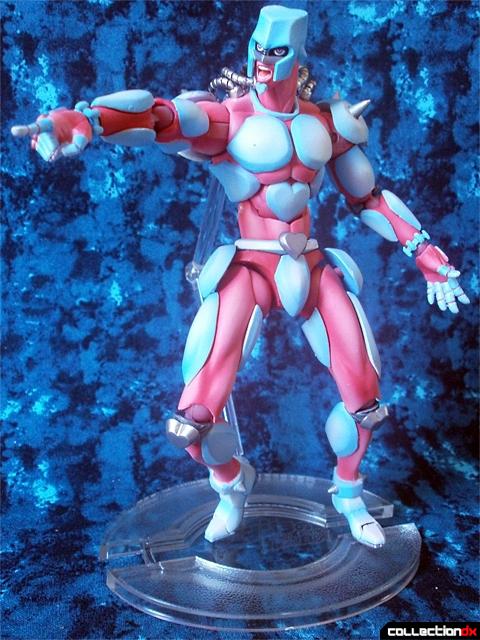 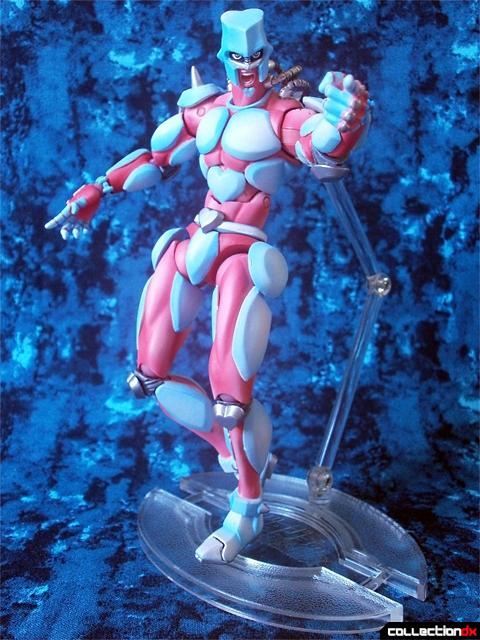 He also comes with not one but two pointing hands, to dare people to repeat what they said about Josuke’s hair from any direction. 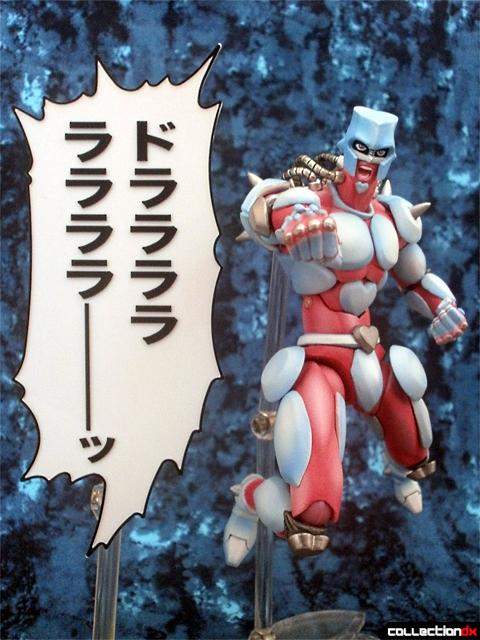 Even if you don’t have any ORAORA Rush effect parts to complete the look, the manga panel plate is a great accent. It comes with a short fixed stand arm that can attach to an SAS base, but it’s a lot easier to use it if you attach it to a Tamashii stand. 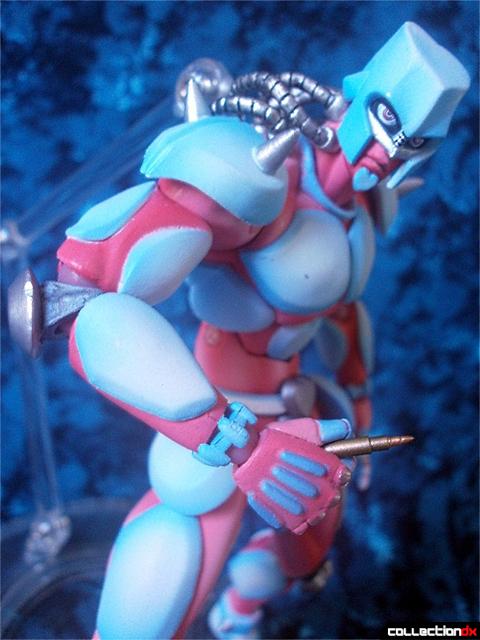 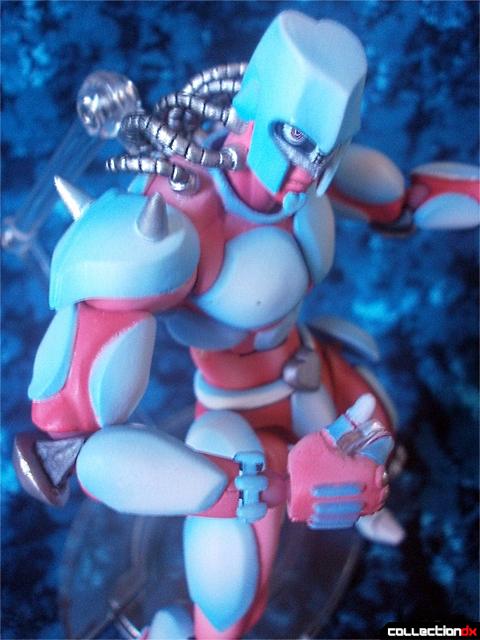 Lastly, here he is holding the bullet and glass. I barely remember the fights they were used in, but Crazy Diamond definitely looks more exciting fighting bare-handed. 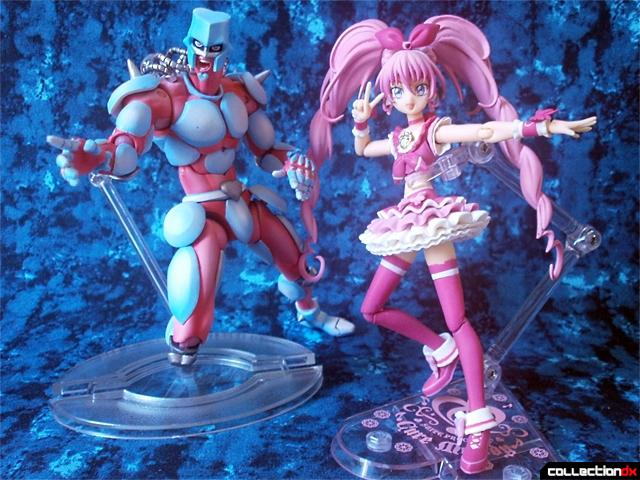 Unfortunately my Josuke is not available to have pictures taken of him right now, and as you can see, the other figures I have on hand really do not go well with Crazy Diamond. While many other Diamond is Not Crash Super Action Statues have been re-released recently, Crazy Diamond still has yet to see a reissue. If you’re willing to hold out for that (or check Mandarake every day for him like I did), I’d recommend this figure to any Jojo fan. Especially, in anticipation of Part 4 (hopefully, maybe, possibly) being animated soon.

2 comments posted
I'm glad to see someone is

I'm glad to see someone is continuing the JoJo reviews. I had made pages for some reviews (Rohan's is even written), but my small mountain of SAS (along my my dreams for completing the whole Passione lineup) and I are currently separated by some 6,000 miles, so feel free to ignore those.

Also, don't be so quick give up at the end! You can make any figure look better with a Stand.

Very good point! I also have a few more SASs I'd like to review, Josuke among them, but I'm about 2000 miles away from them.