I'm not a hardcore S.H. Figuarts fan, but the line and all its spin-offs produce enough products that I occasionally see some stuff I can't ignore. Back in 2011, D-Arts (D for digital, as in video games) achieved this effect by releasing the first in a small handful of toys based on the Mega Man X franchise. Truth be told, besides some of the music, the only thing I really dig involving classic Mega Man is the comic book published by Archie, which is great. But Mega Man X? I can't get enough. It's one of my favorite game series, and the concept is just begging for quality toys. X, the titular hero, was the first one out, but I never picked him up. And that totally worked out, because later that year, an SDCC exclusive version was crafted with metallic paint. It's the same figure and accessories as the original, so this is mostly a look-see. 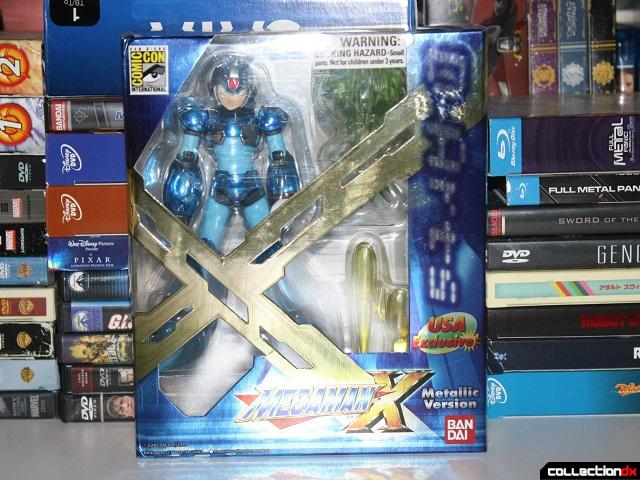 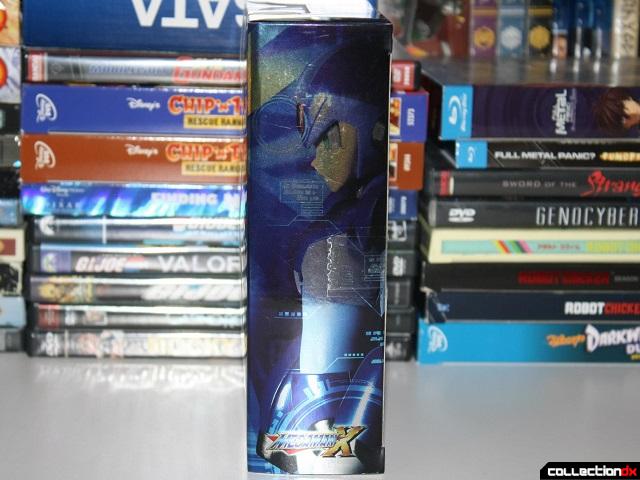 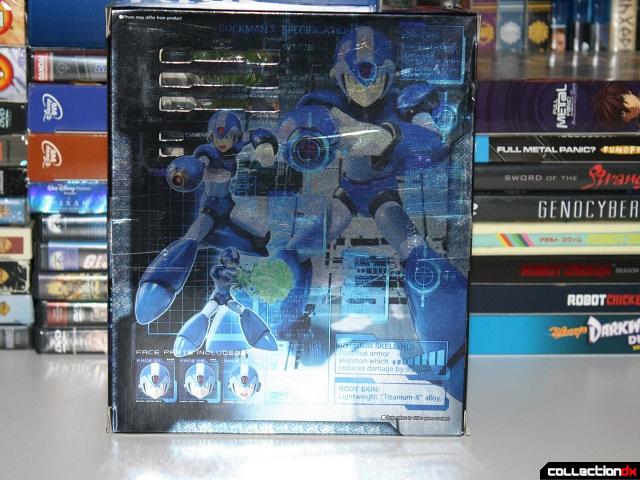 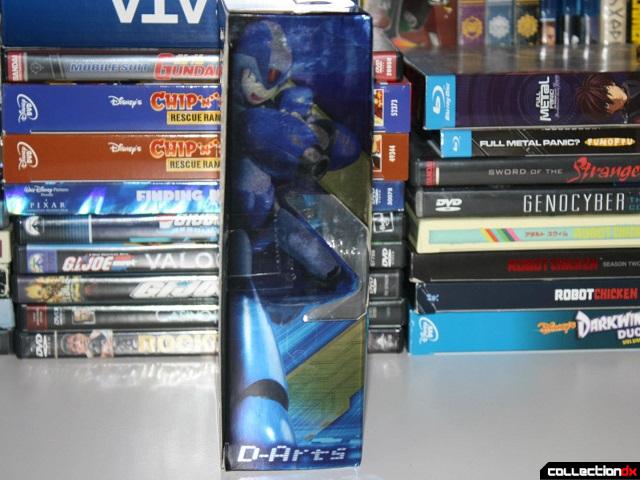 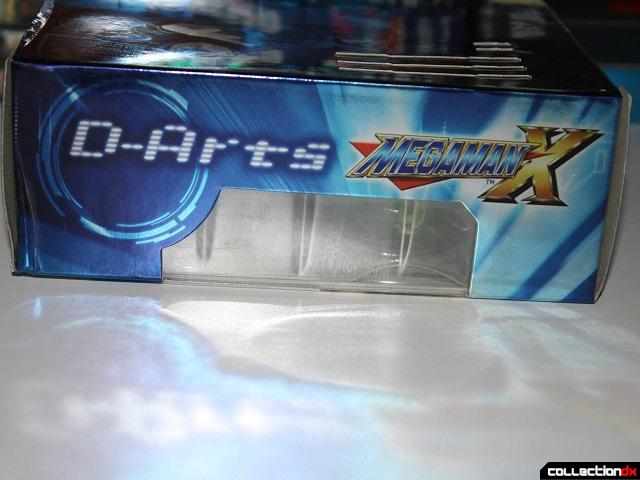 My favorite part is the profile shot on the right side, but all of the MMX figures get this kind of slick packaging. Of course, any good SDCC exclusive has to go above and beyond, so even the box is shiny. You can see it most in that last pic. 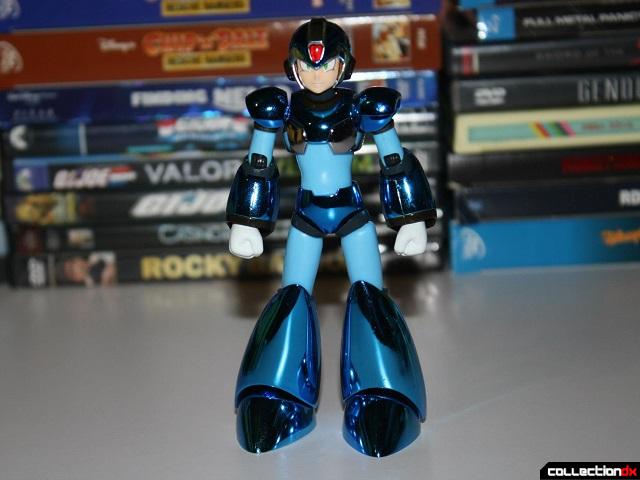 In full and bright lighting, he looks amazing. But in the darker conditions I had to take these pictures, he takes on a different tone that's still striking, especially compared to the standard version. 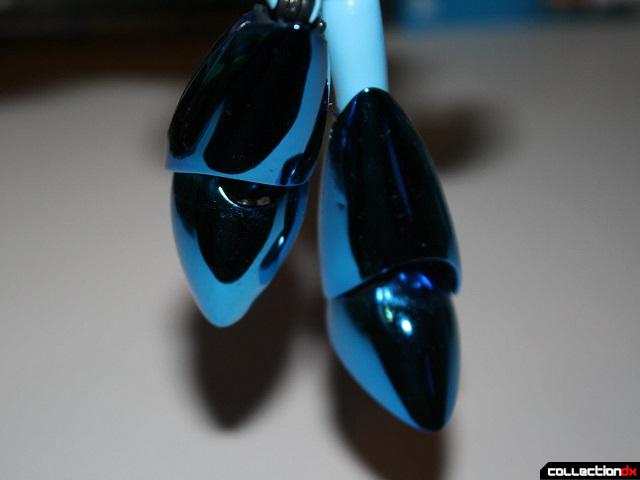 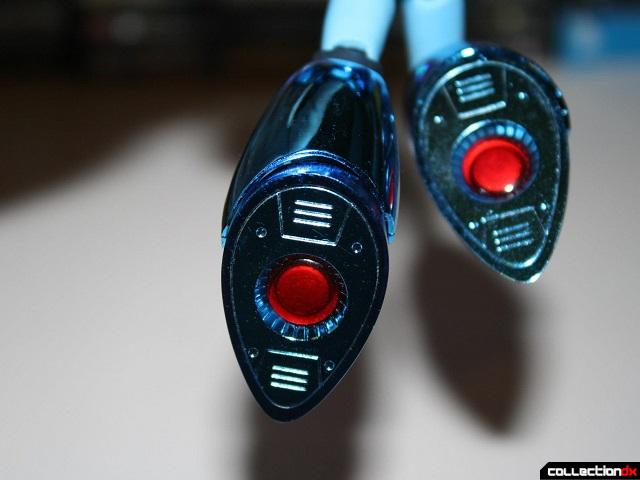 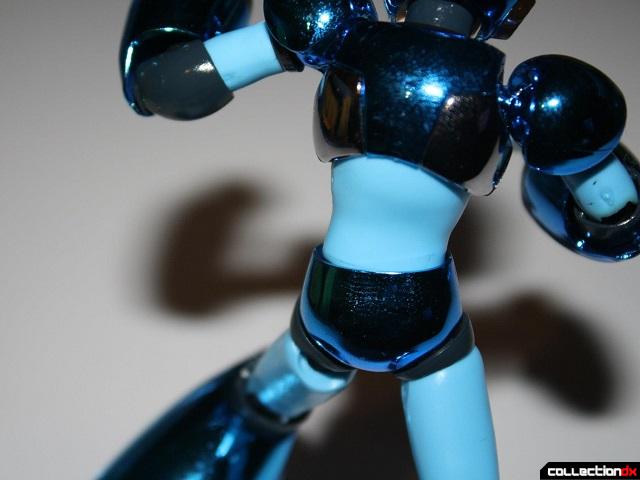 Only his armor that got the treatment, so his upper legs, upper arms, face, and red parts are unchanged. But they still manage to feel different because of the difference in contrast. 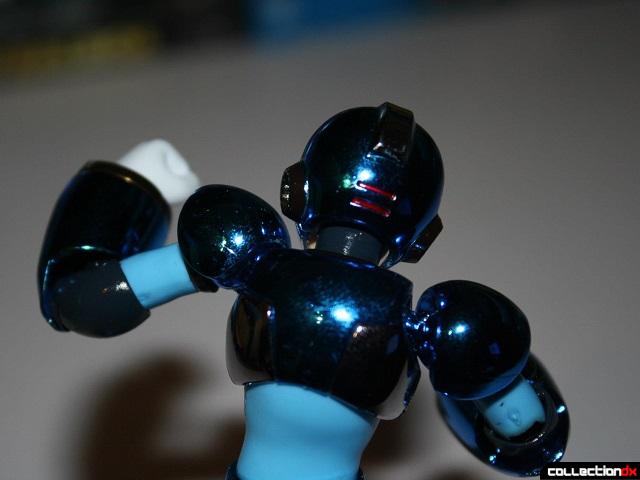 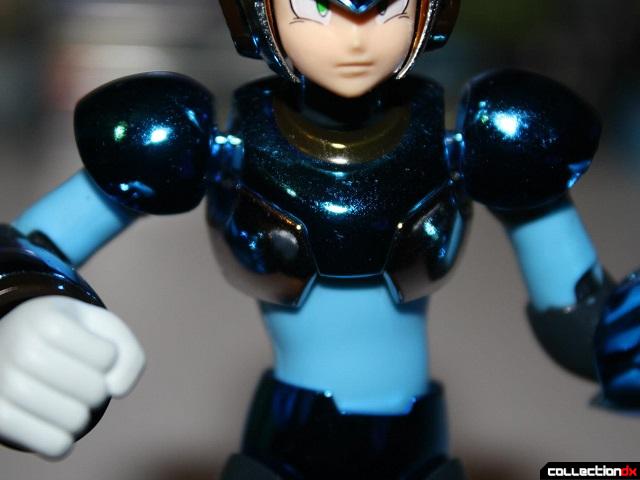 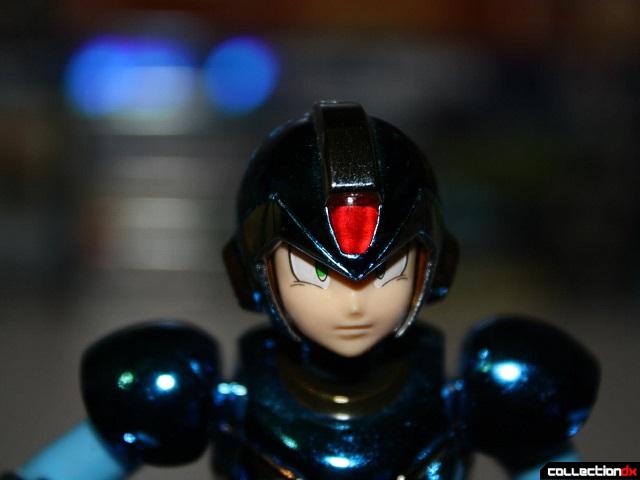 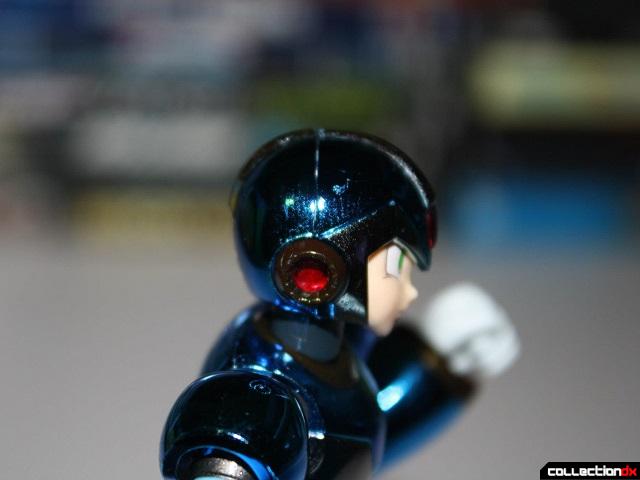 Like most *insert line name*-arts figures, articulation is out the wazoo, and he's got a good combination of light weight and strong joints, so there isn't much X can't do. His ankles, elbows, and shoulders are especially robust, which can make getting certain poses just right a little tricky. But that's a good problem to have. I imagine it's the same for the standard version. 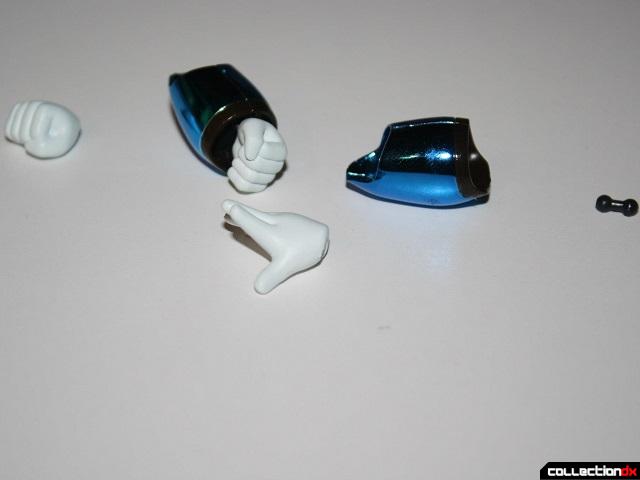 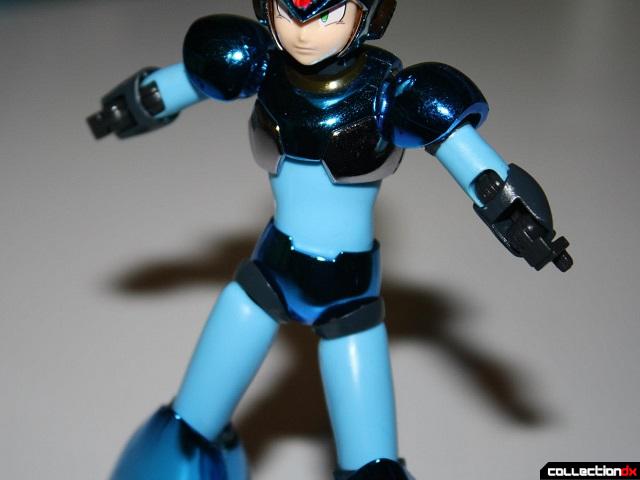 On the other hand, I wonder if the original's forearms are so prone to popping off. The hands are even worse. I find it easiest to fit the peg into the hand, and then force it back into the wrist socket. 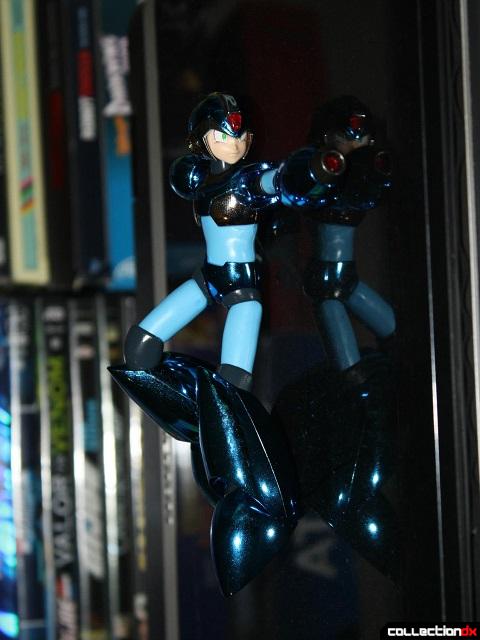 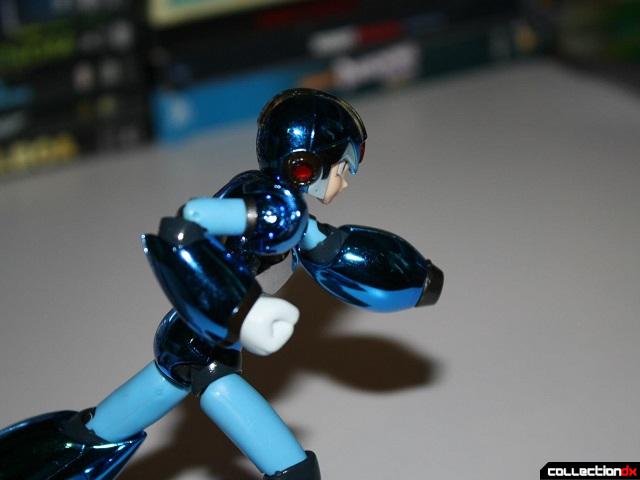 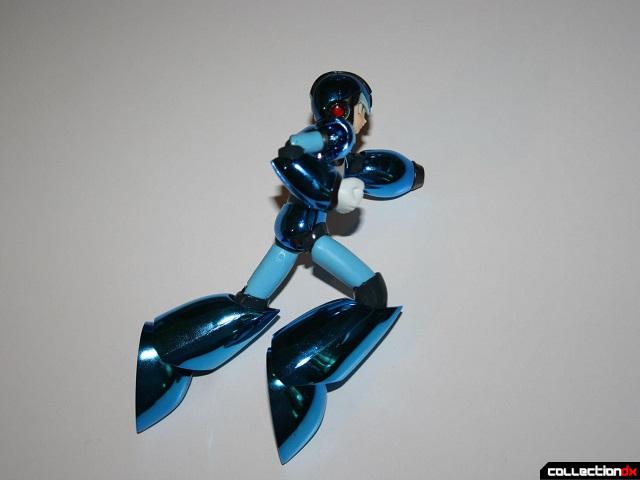 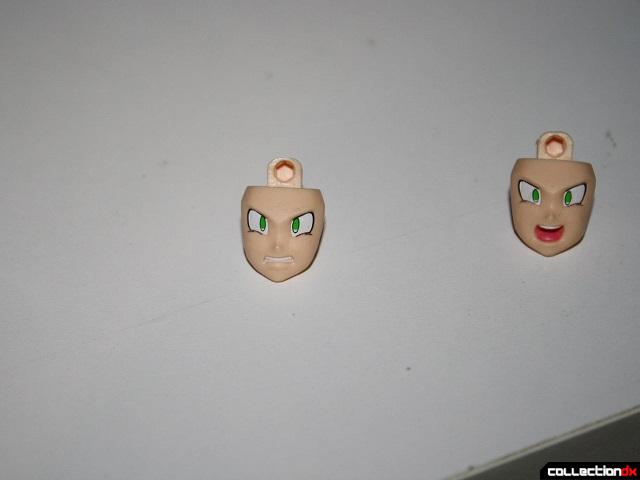 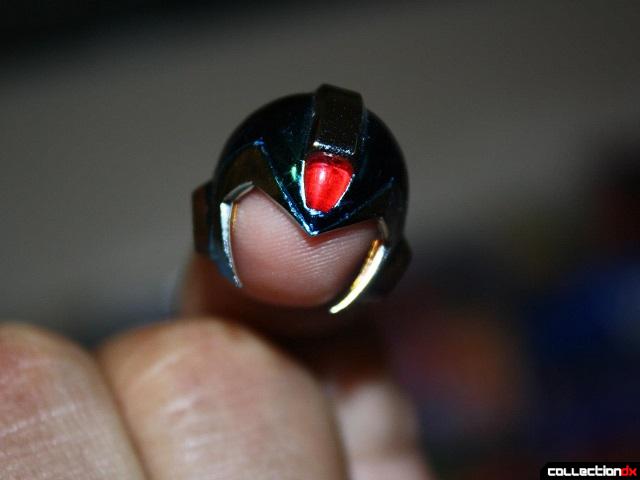 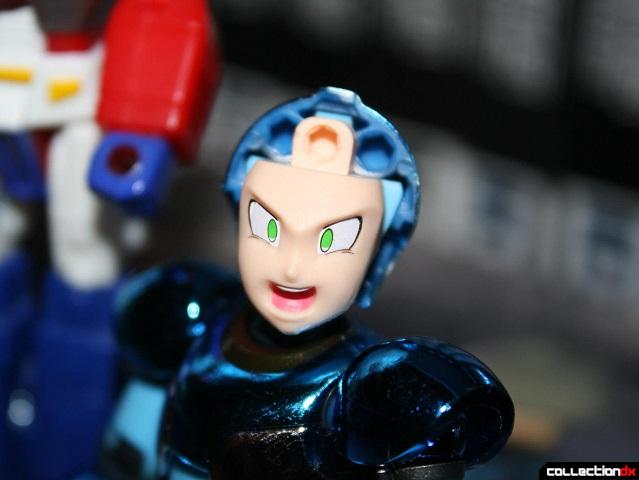 I mentioned above that all the accessories are the same. So you get the same pair of alternate faces, which means the helmet is still removable, which means you can have some horrifying moments like Murphy in Robocop. 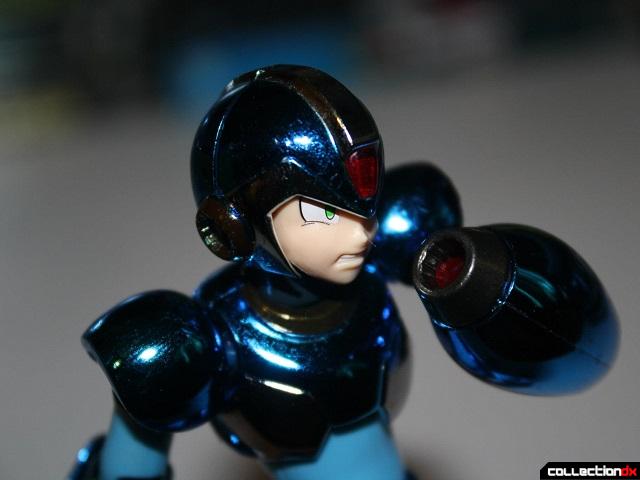 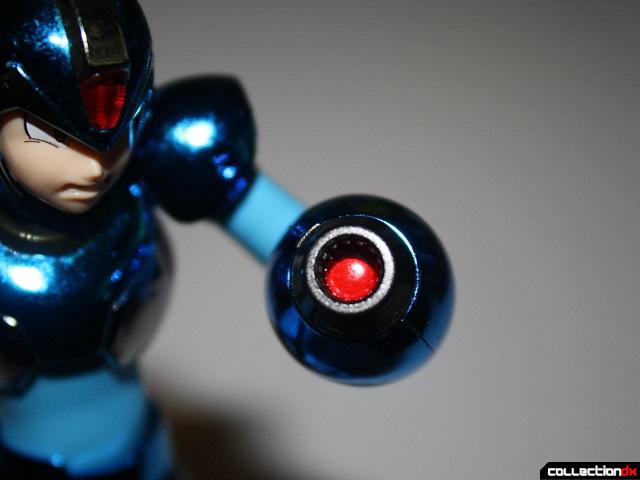 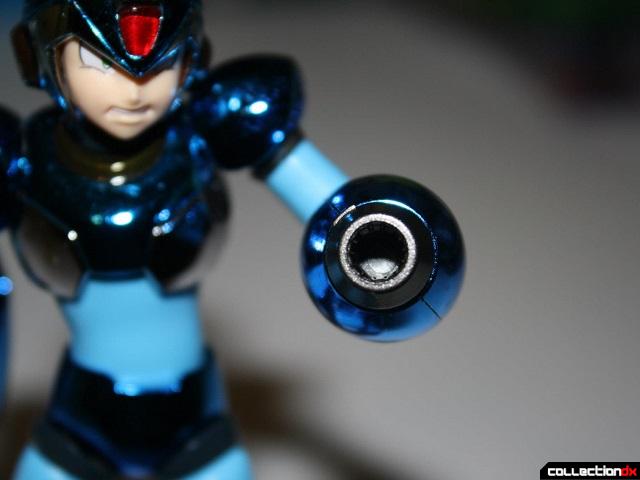 You've got the one fill-in piece for the X-buster, which can be removed for the shot parts... 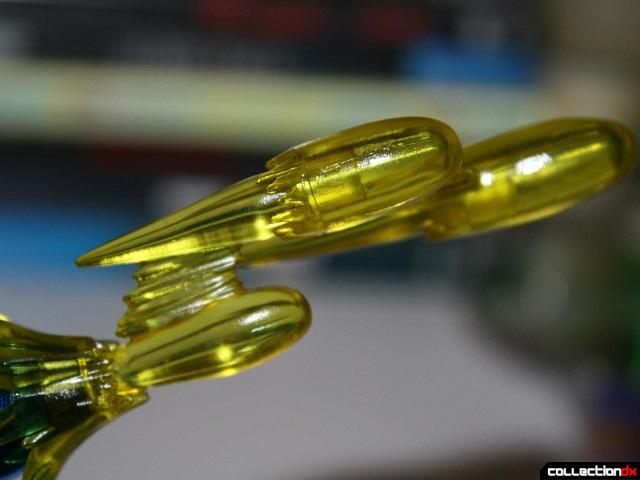 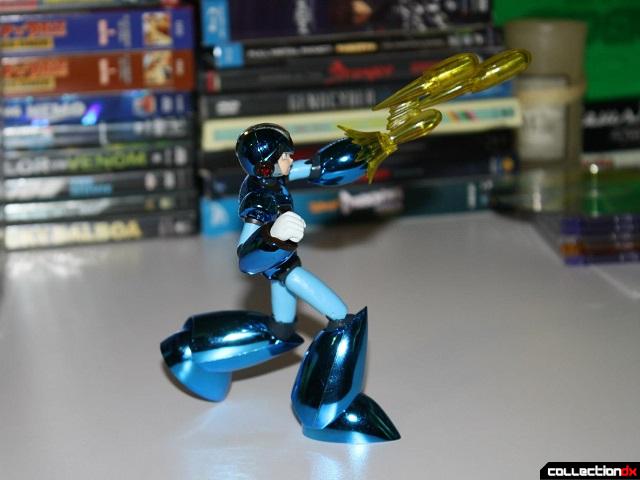 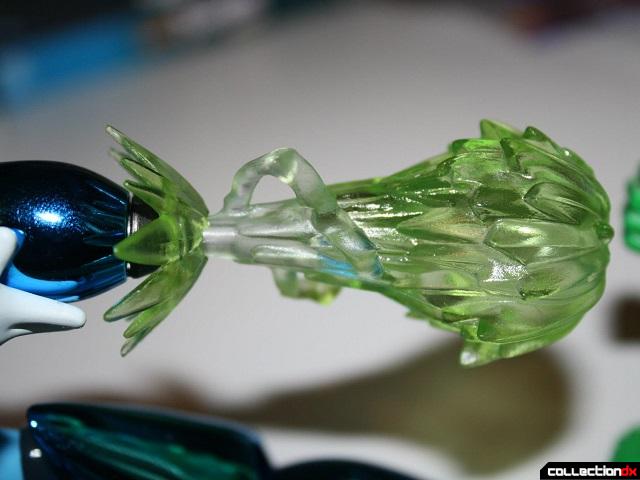 ...consisting of the classic triple-shot and a fully charged blast pre-arm armor. 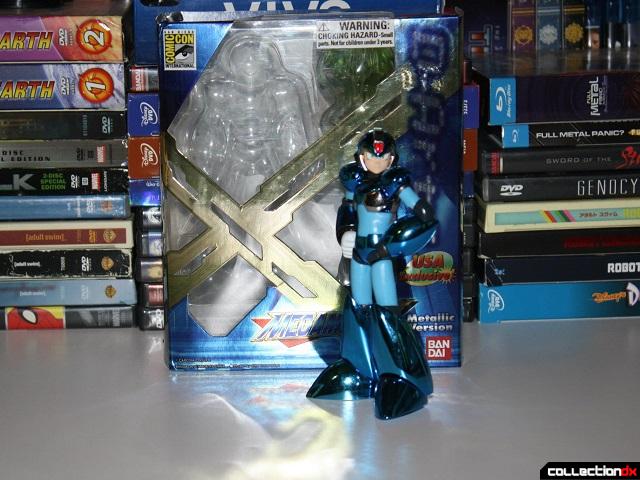 If the figure on its own wasn't enough to pull you in, knowing the story of X and playing the games really seals the deal, generating that personal connection between toy and fiction.

Set sometime in the future, Dr. Light's final creation, named X, is discovered and serves as the catalyst for a new type of robot known as a reploid, a true living machine with the ability to think, feel, and decide for itself. They revolutionize humanity's quality of life. But things head south when a military reploid named Sigma goes "Maverick" and declares war against the humans. Though built with peace in mind, Light designed X as a new Mega Man in case conflict was still necessary. Reluctantly, he joins the fight to defend the world. And that's how I got hooked, all the way back in 1993. 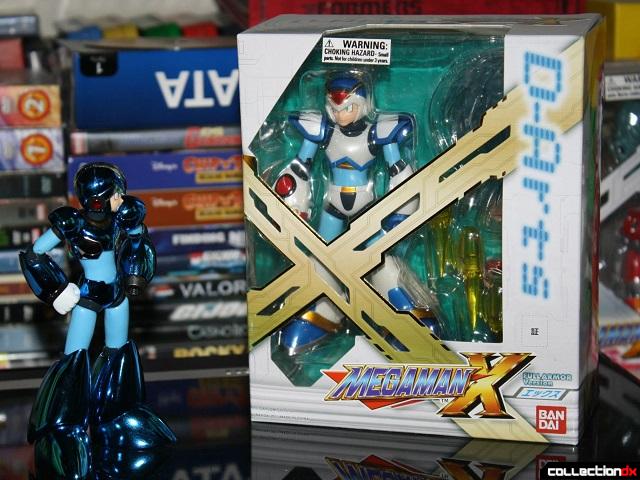 Despite my issues with his hands and forearms, X is a cool toy to have. It's a matter of preference, but I like his metallic look a lot more than the standard version. Metallic pretty much always works with robots. There's also a "manga/comic" version. It's the same as the standard version I think, but with different faces. Regardless, all are also compatible with armored X, so that's even more incentive.

Unfortunately, X's popularity has made all three hard to find online without getting punched in the wallet. I got mine for $40 a few years ago, and now each one goes for $100+, which is crazy! He's not that great or old, so I'm chalking that up to online shenanigans. If you want him, try to hold out for your next convention or trip to your local anime/comic/toy shop. You'll probably find him closer to an acceptable $50-$60+. No new D-Arts figures have been released since 2014, but they just re-issued Zero V2, so maybe X will get another run too. There's always hope, something X himself believes...

I can testify they're the same across mold uses- Bass/Forte in the classic line uses the same connection and it's finicky as all get-out.