I mentioned in my Lion-O review my childhood love for Thundercats, my very first crush was Tygra, yes i had a thing for a half tiger half man, i was 6 what can i say? 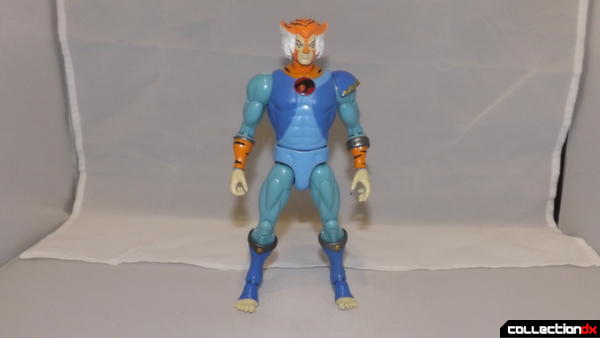 Tygra is second-in-command to Lion-O, he was an architect and a scientist and he designed all the Thundercat buildings on Third Earth, including the Cat's Lair.

He was also gifted with "mind power" that allowed him to create illusions in the minds of others.
His final gift was using his Bolo Whip to render himself invisible. 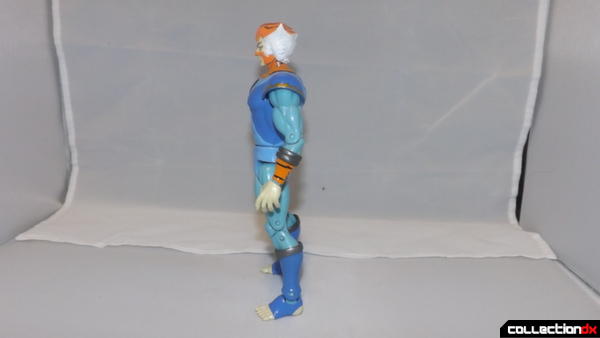 On to the figure, the body sculpt is very similar to Lion-O, the differences being the slight outfit changes and for an unknown reason Tygra lacks Lion-O's diaphragm joint. 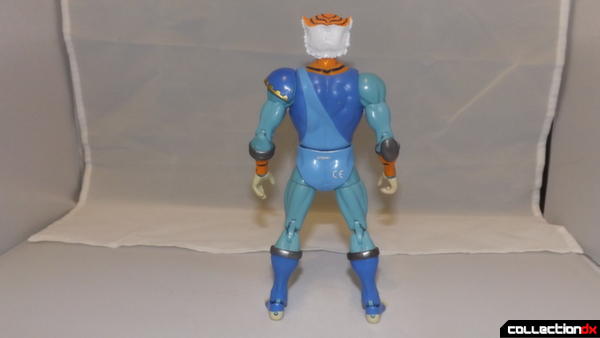 The odd branding on the bum continues, though it's less obtrusive here. 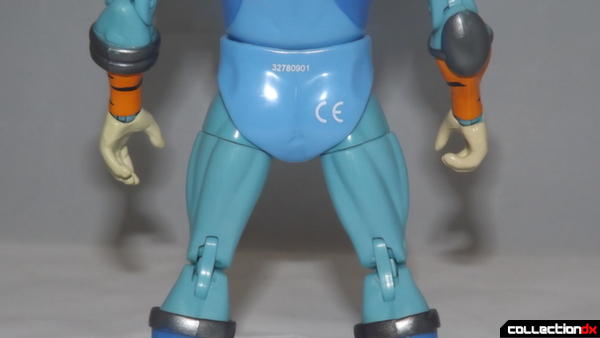 The head sculpt is as good as Lion-O's, perfectly re-creating the character only this time his hair is sculpted symmetrically unlike Lion-O.

The excellent paint job continues on the face and hair.

This time I haven't found any paint mistakes or overlaps like Lion-O. 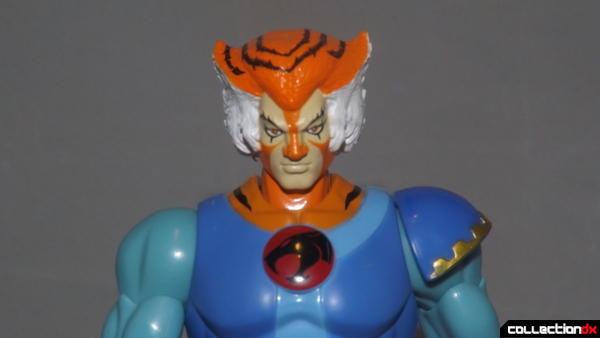 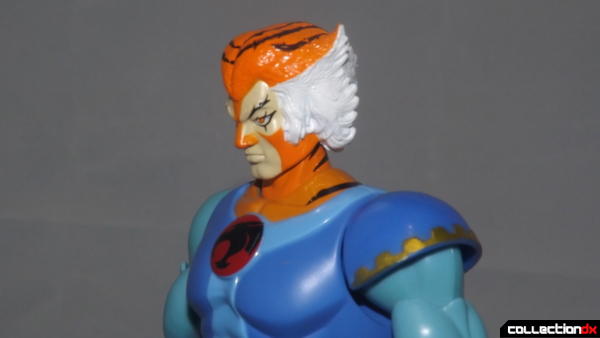 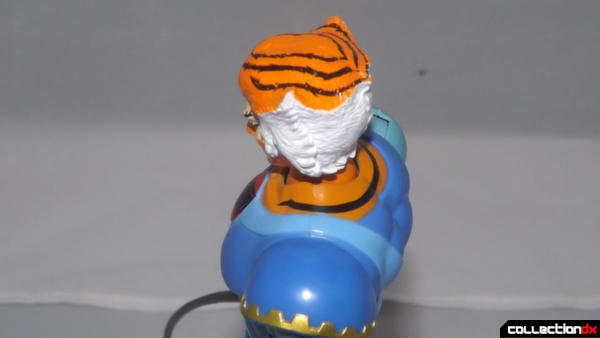 Also the odd coloured joints continue over too on the wrists and ankles. 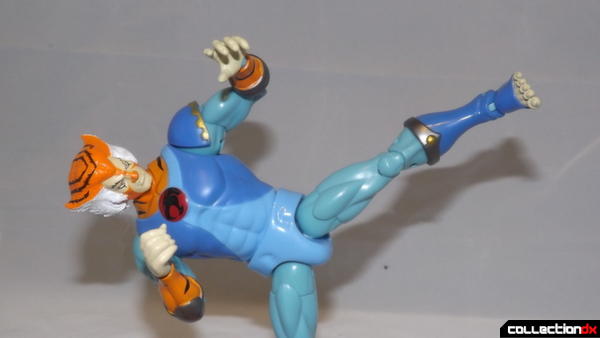 For accessories Tygra comes with his Bolo Whip in two forms, small and large, unfortunately I'm missing the small compacted version again due to my move last summer (that's my standard excuse), he also came with an extra hand which again I'm missing. 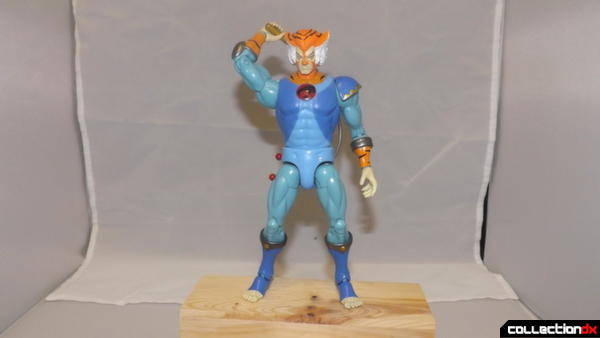 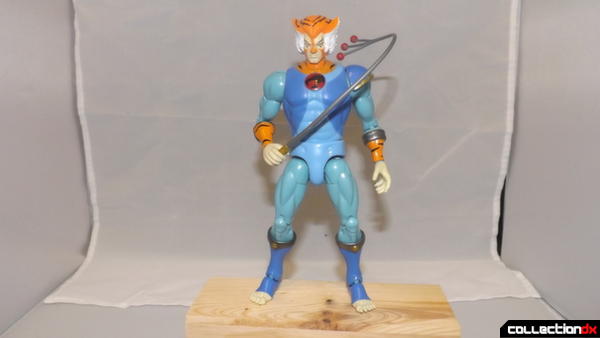 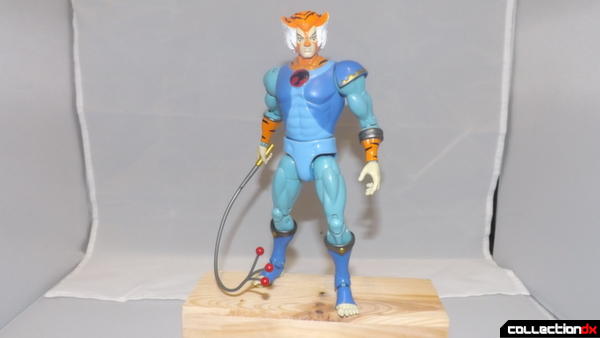 The box and online ads claim this figure has the same 18 points of articulation as Lion-O, but as Tygra is missing the diaphragm joint it's more like 17 points. 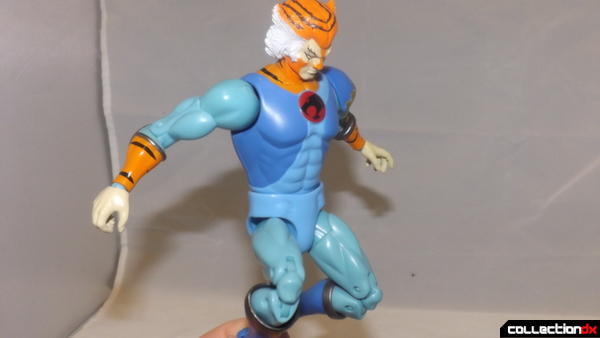 Tygra's left arm is hindered slightly by his shoulder armor, the armor is made of rubber and has some flex but it won't allow you to lift the left arm higher than the shoulder. 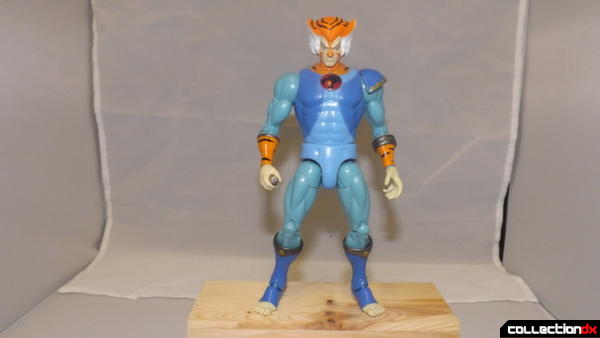 Like Lion-O you can get some nice poses from Tygra. 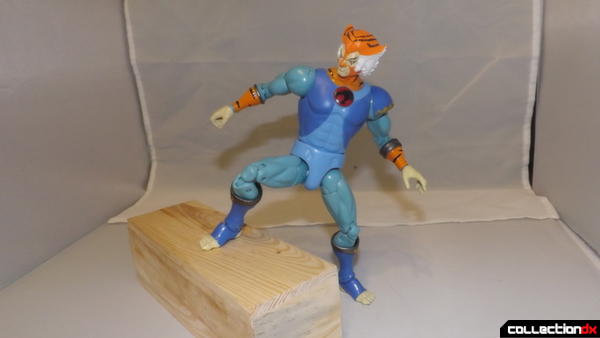 I do like this figure, he makes a good shelf buddy to Lion-O, as I mentioned in his review, I would have liked Bandai to finish the Thundercat team. 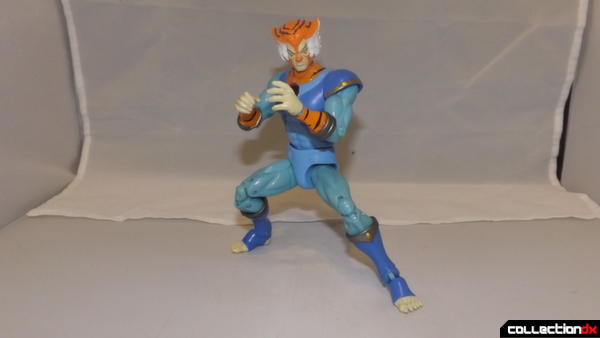 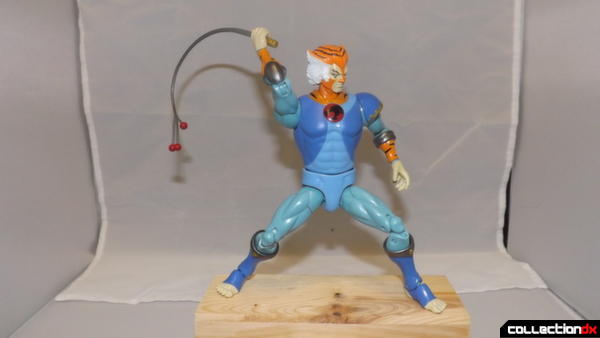 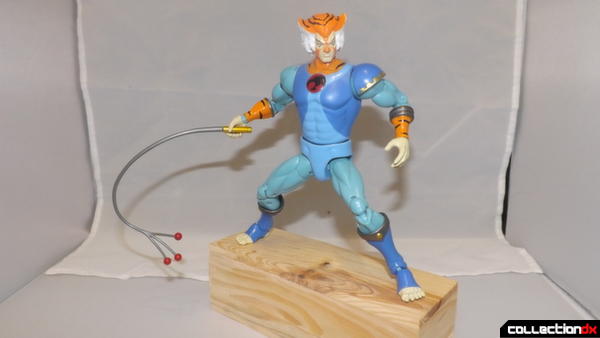 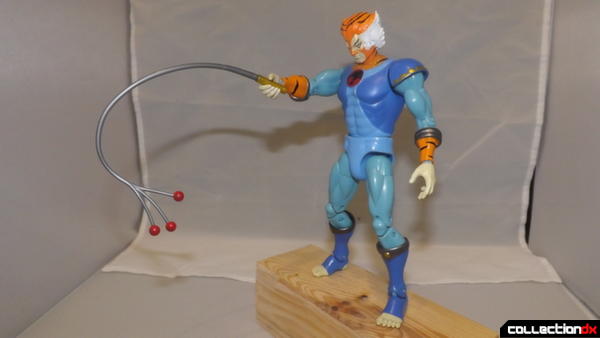 Really enjoyed the review although I would have to disagree on the face sculpt. I think the face is too small and should be bigger. Also the orange would have looked better in a darker colour.