Oh Flower Girl! Your love for Basara Nekki holds no bounds! If only he could see your heartfelt devotion to him! If only he could see your youthful beauty and your kind heart! And your thoughtful and deep understanding of his music and how it makes you feel so incredibly special. But as hard as you try, and as much time you spend patiently waiting for your Idol Basara-sama after each and every Firebomber concert week after week you simply cannot get those damn flowers into his hands! 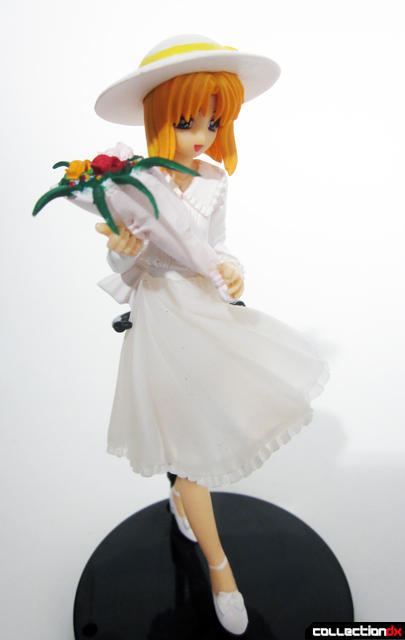 Flower Girl’s struggles in Macross 7 I believe is one of greatest conflicts of all Macross, as everybody and everything seems to get in the way of her goal of delivering her bouquet of flowers to Basara-sama. Flower Girl is a poignant caricature of the sometimes belittled, simple and naïve groupie whose unaware of the larger behind the scenes machinery of the music industry but ultimately what the entire machines relies on to keep on thriving. While Macross 7 is not for everyone and it not without fault, I do admire its cynical harsh look at the music industry where characters like Flower Girl play a subtle but important roll throughout. 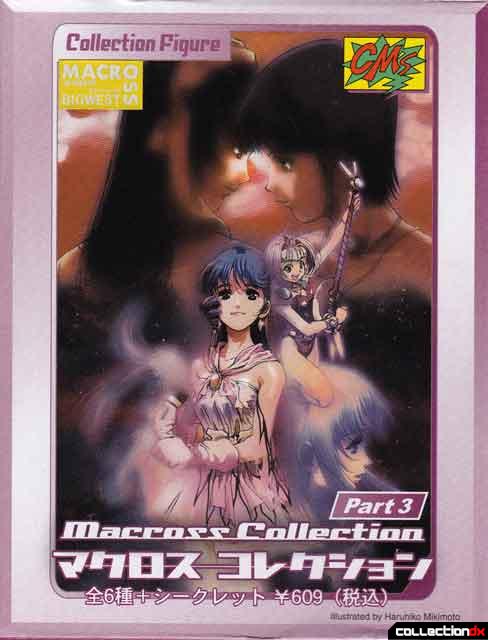 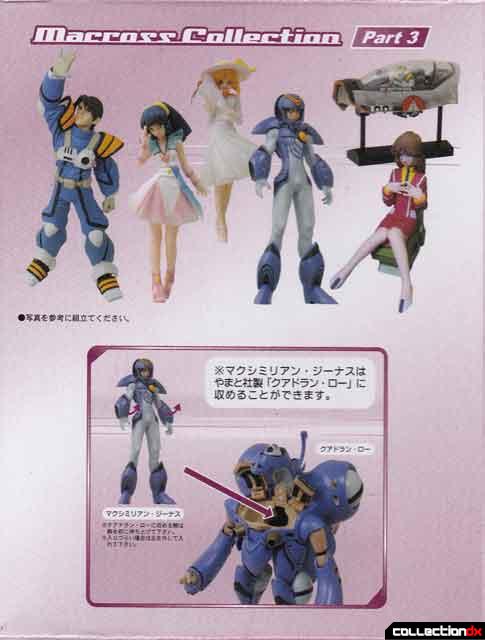 The Flower Girl cameos in Macross 7 are some of my favorite moments in the series and was thrilled when CM released the figure as part of their Macross Collections Figure Set Part 3. In the scheme of things Flower Girl is one of the last figures collectors pick up to complete their set due to many more interesting and popular figures in the line and her relatively unknown status to the casual Macross fan. But for me Flower Girl is one of my favorite minor Macross characters and I am impressed that CM chose her as one of their releases. 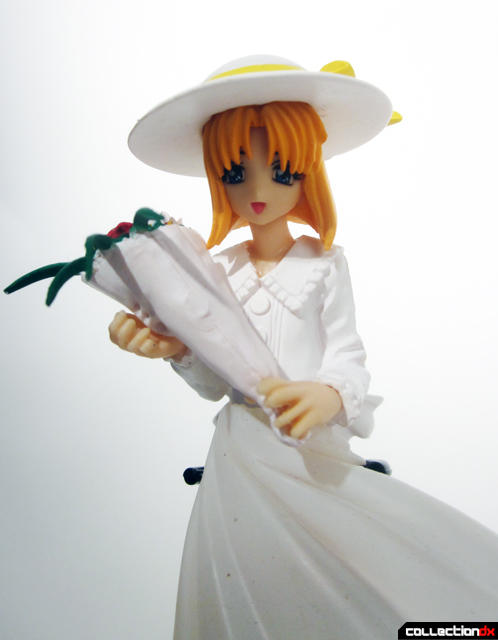 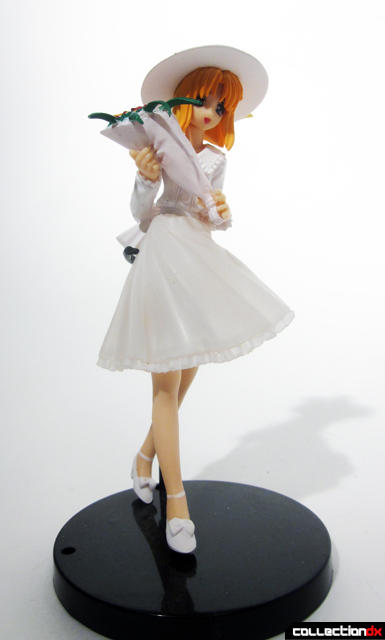 And for the casual fan who has not seen Macross 7, her figure can seem somewhat boring without the context of the series. Her art design is very simple, with Flower Girl wearing her flowing white dress, yellow ribbon sun hat and her bouquet of flowers in her hands. As simple as it is, within the context of the show, CM’s sculpt shines as it captures her character wonderfully. 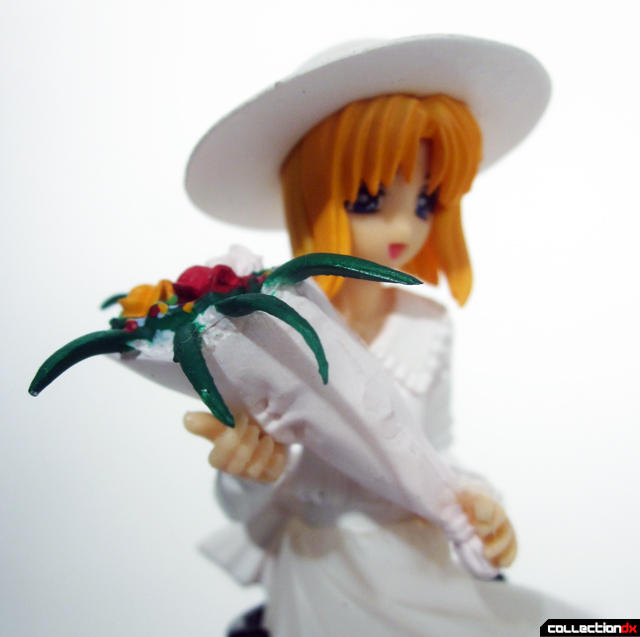 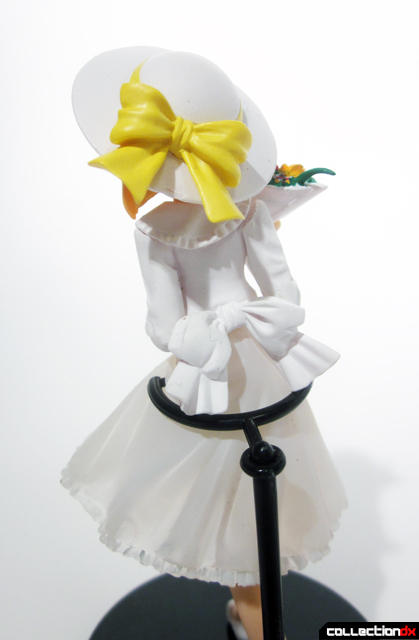 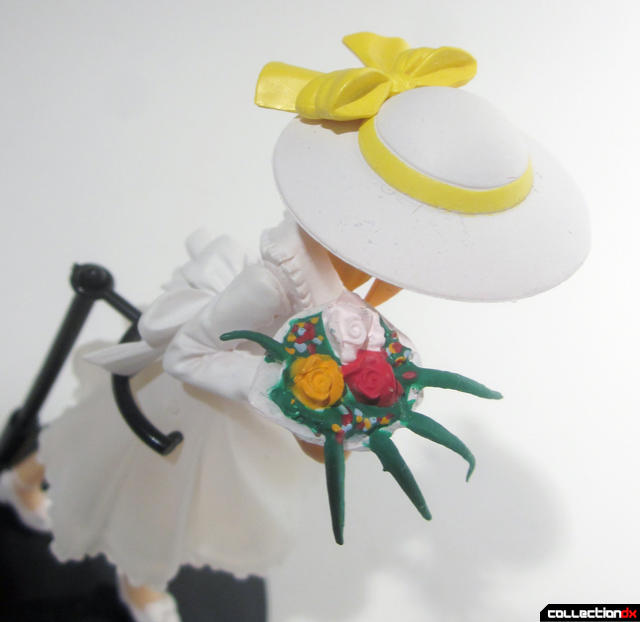 Flower Girl (Hana No Shojo) comes disassembled with a stand and is easily assembled. All the parts fit together quite well without glue but if one is concerned with parts falling off one can glue the figure together. 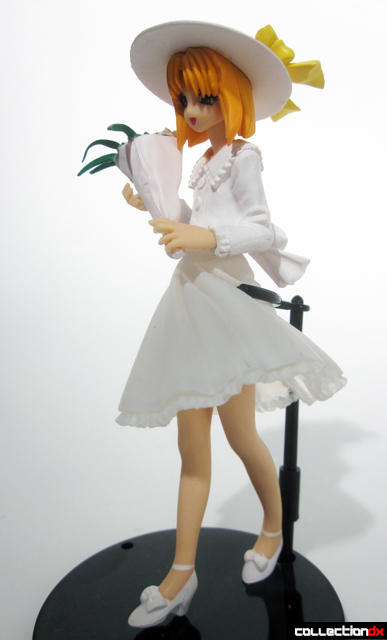 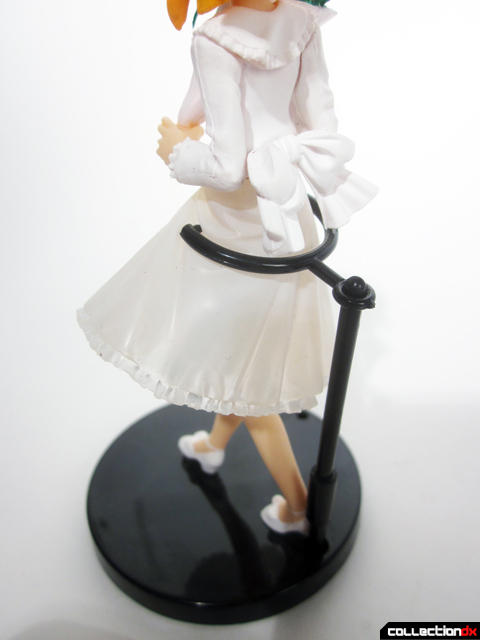 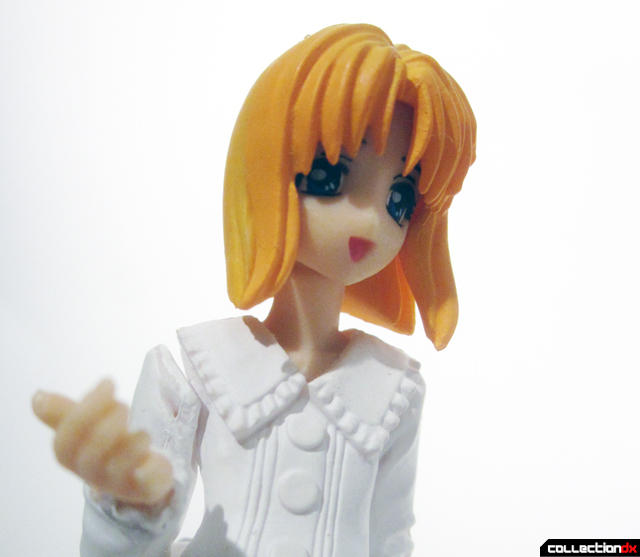 Flower Girls hat can be taken off, so be careful not to lose it. 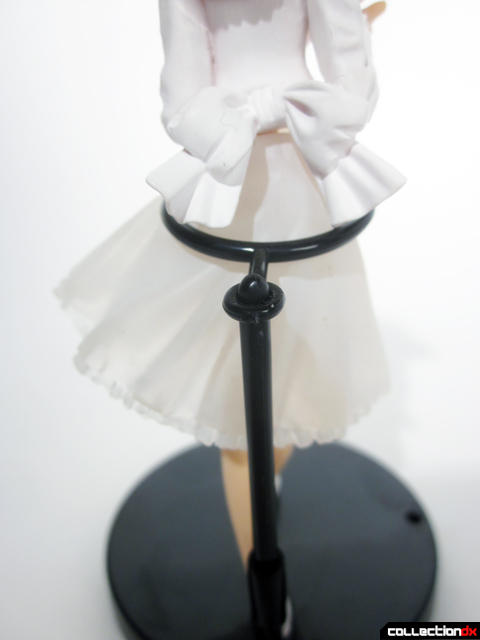 The stand is fairly simple and is included with all the Macross Collection figures. Just cut off the parts that work for you and assemble it to the figure. 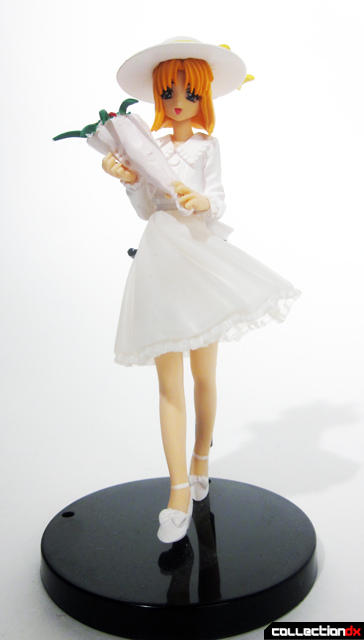 Although somewhat a minor character in the Macross universe, I am happy that CM’s Flower Girl character was produced as a figure in the Macross Figure Collection. CM did a wonderful job with her sculpt and captured her naïve but joyful characterization beautifully. Flower Girl’s genki sends positives vibes throughout my Macross display and is a must own figure especially if you are a fan of Macross 7.

©2016 Review and Photos by Leonardo Flores and CollectionDX

I miss the care and attention given to the painting in the old CMS figures.
RIP CMS Corp, we miss you.

I agree beautiful products overall! I wish somebody else could continue the line.