The Helldiver is one of the supplementary mecha from the series Mobile Police Patlabor. The Helldiver is an airborne military operations labor. In short, it’s a big ass robot that jumps put of planes. 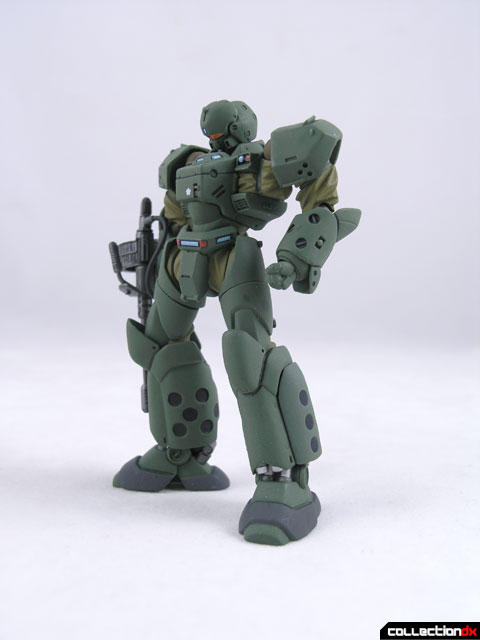 I’m gonna say right now that this is probably my favorite Revoltech figure. Both aesthetically and physically, this thing exceeds on all levels. I was excited when it arrived from HobbyLink Japan, I am even more amazed now that I have got to handle it. 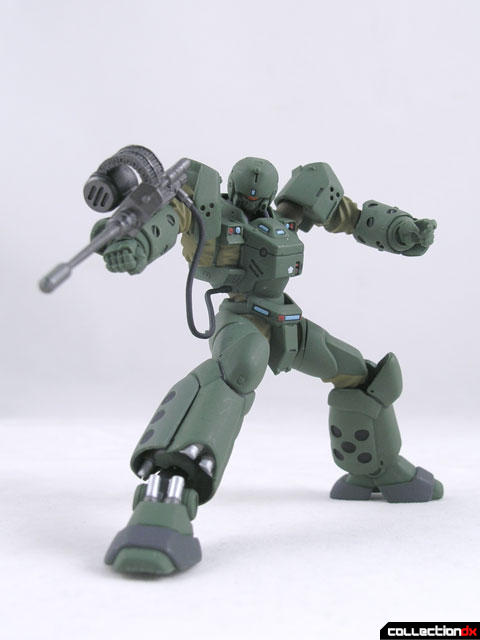 Cast in green, the Helldiver looks like something that could come out of today’s military, albeit the advanced weapons program. The toy has a matte green finish with various highlights and paint details. Helldiver is loaded with over 40 points of articulation and a bunch of accessories.

The machine gun mounts to the outside of the arm and the hose plugs in to the back of the torso. The gun is fantastically detailed and can be plugged in on either side of the arm. 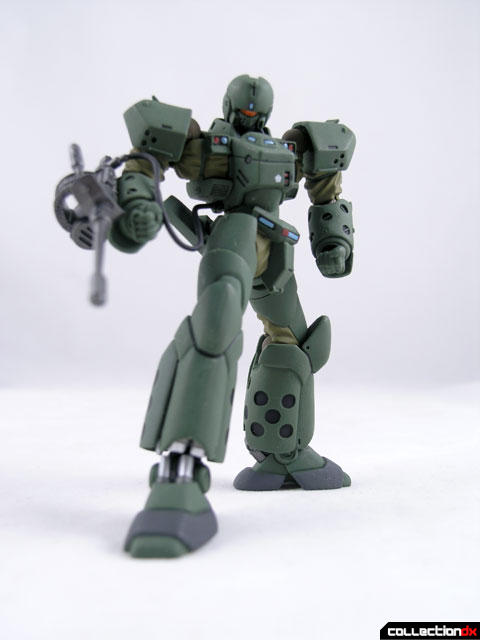 Two knives are included. One knife is the full knife and can fit in a set of the option hands. The other knife is a sheathed knife. That knife is just a handle and is not meant to be removed. It can be plugged into a hole on the back of the waist. 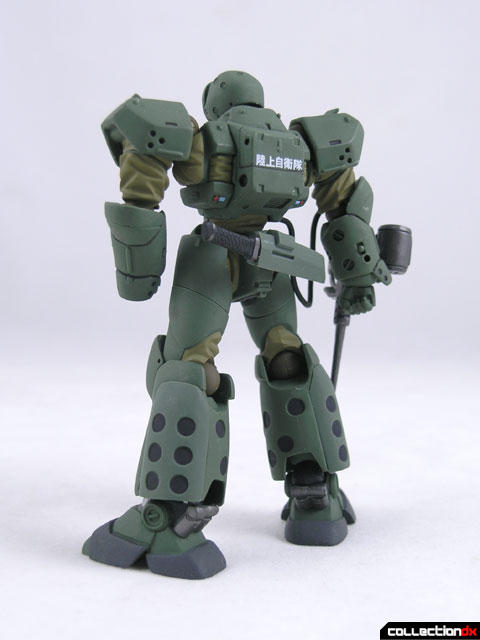 A variant head is included to replicate the look of the night vision visor being down. 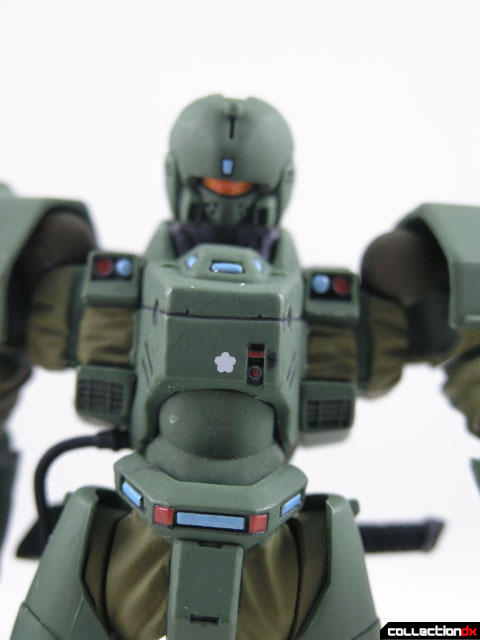 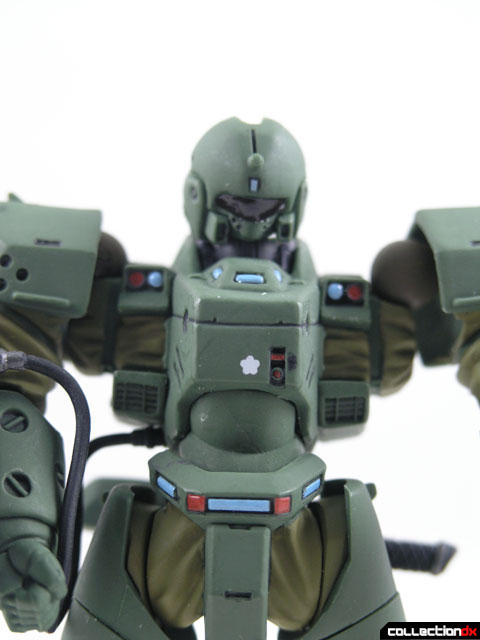 The main cool feature of this toy, besides its fantastic looks, are the two opening “Dive Brakes” on either leg. These open via dual Revoltech joints and reveal the inner workings of the legs. What a fantastic feature! 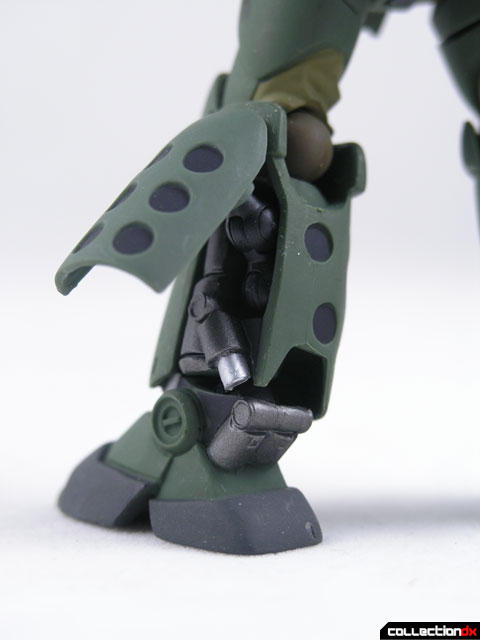 The Revoltech Helldiver is one of the best Revoltech releases so far – I love it!

You can get yours at HobbyLink Japan. 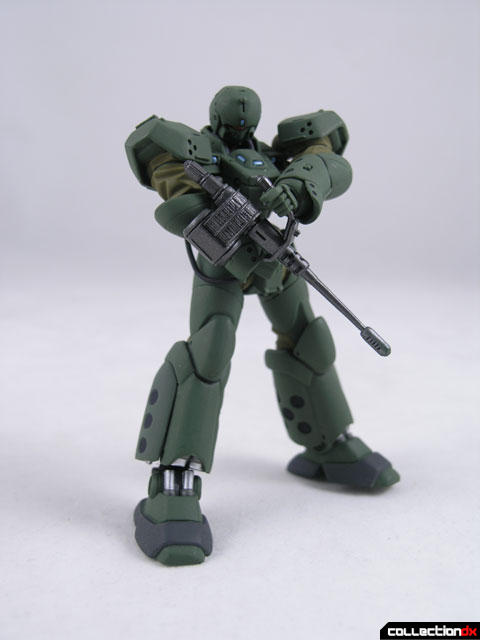 worst revoltech ever...
probably mine had quality control issues, because almost all joints are very loose and the ammo storage was missing (but hlj sent the missing part). too few revoltech joints anyway. my 2 cents.

as a both a patlabor and mecha fan I love it! as a former trainee in the US Army wanting to go airborne... I LOVE IT!