I have always been fascinated by the look of King Gainer, but I’ve never seen the show. When Kaiyodo and Organic announced that they were finally making a toy of the titular robot, I had to get one. 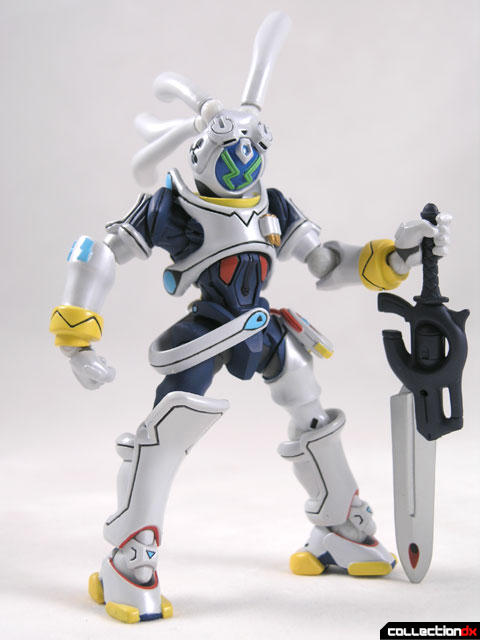 The name Overman King Gainer comes from the main character’s video game handle. When “Gainer” steals the “Overman” giant robot, he logs in with his video game name, King Gainer. 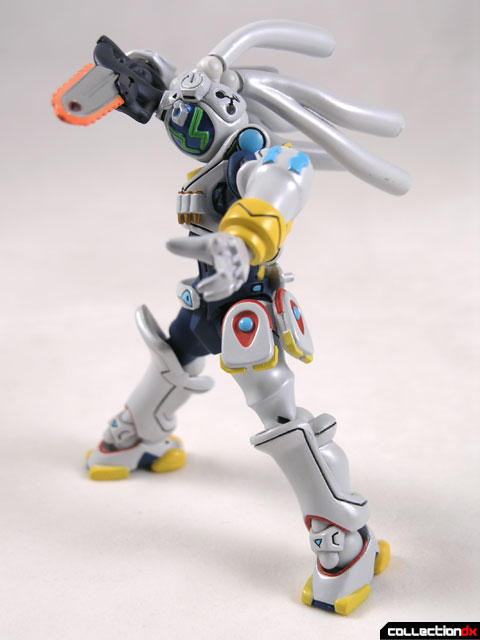 The head has 4 articulated…tendrils (?) connected by smaller Revoltech joints. They can be posed in any direction, and really can give the figure a sense of motion. The photon-mat ring can be connected to the ends of two of tendrils by two Revoltech joints. 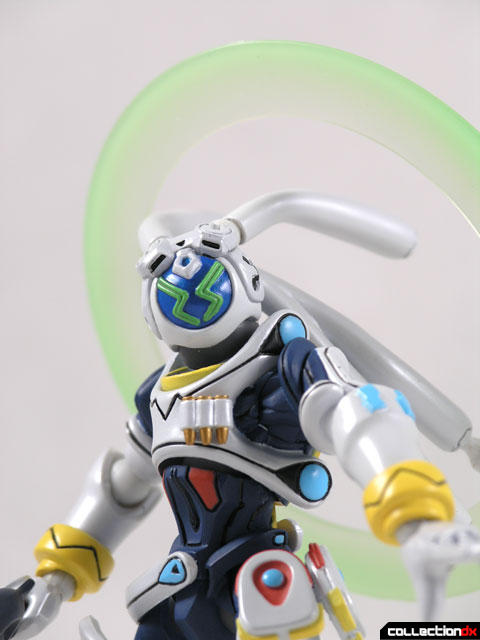 The shoulders are comprised of two separate monoshaft joints, followed by Revoltech joints in the elbows and hands. King Gainer comes with two open hands, two closed hands, and two hands that can hold weapons. 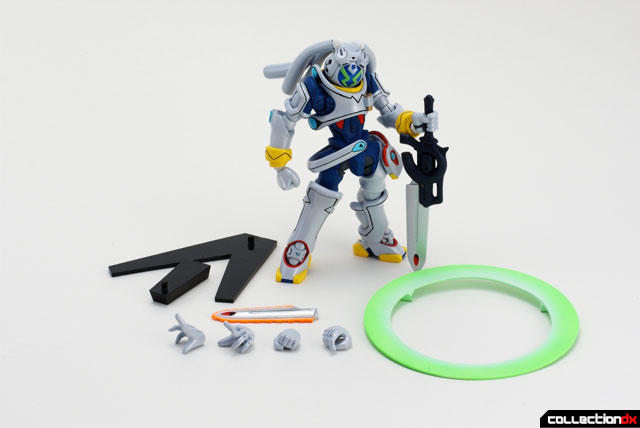 There are two Revoltech joints in the torso – one in the neck and one in the abdomen. There is no waist joint, but there is a removable belt that can be moved.

Each hip has two monoshaft joints, and then the knees and feet are Revoltech joints. 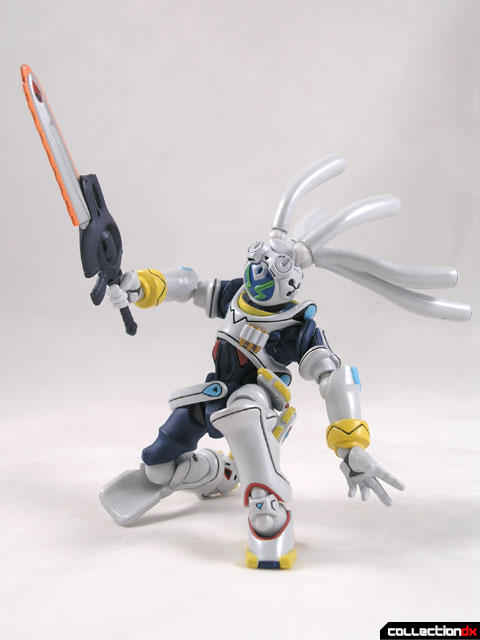 In terms of weapons, King Gainer only has one weapon: a Chainsaw Gun that has two different tips. The photon-mat ring is also some kind of energy weapon. The chainsaw gun can be attached to the peg on the back of the belt when not in use. 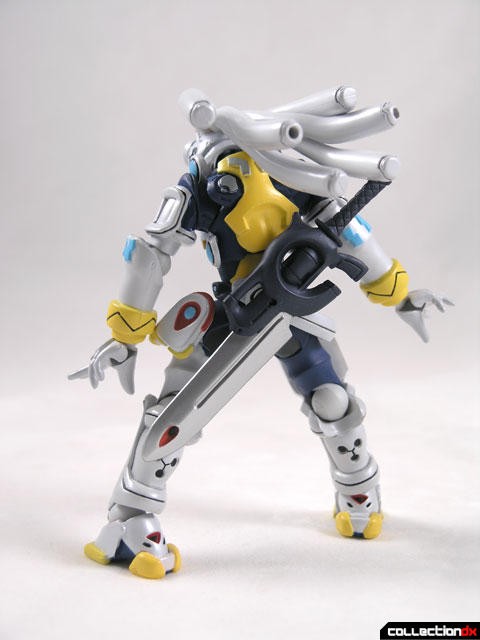 Also included is the standard Revoltech base, with the figure’s name imprinted on the bottom. 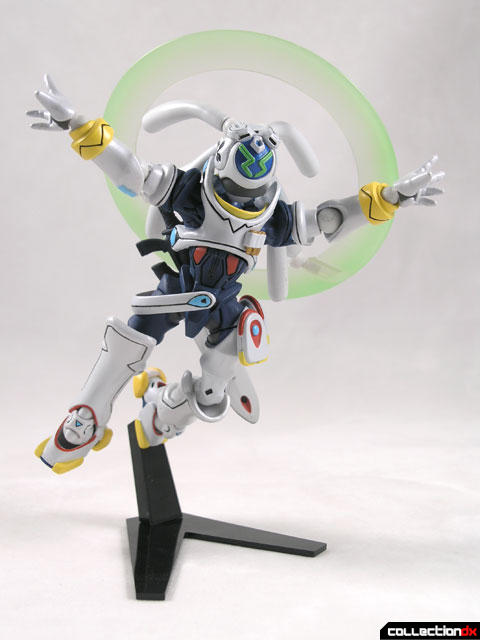 This figure is highly recommended. I have it at my desk in the office, and it’s a great sturdy toy to fiddle around with.

this toy is really cool,, the childlike posture made this design look different from other real robot type, not to mention this toy also show accurate,, :D