Ah, Croc. One of the more imposing Batman villains, he's really just a muscle-bound goon. To his credit, he had some great turns in the animated series. If you haven't seen them, look up the episodes "Vendetta", "Sideshow", and "Love is a Croc".

He also served as a punching bag in "Bane" to demonstrate how real of a threat Bane actually is. 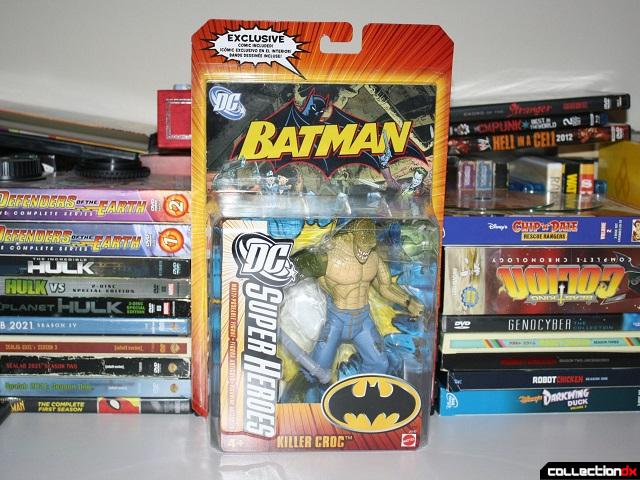 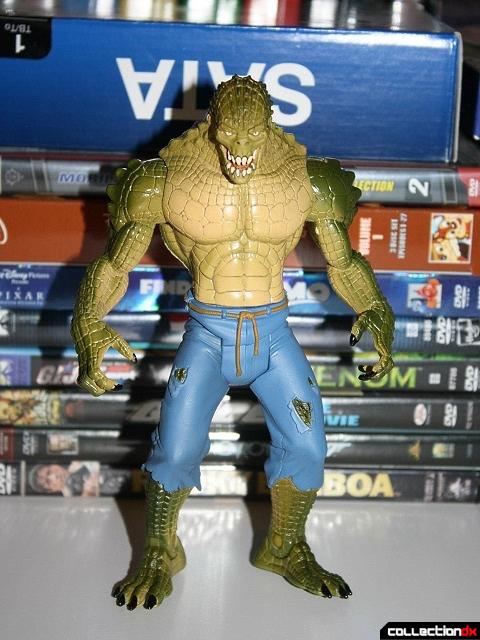 Maybe because he's a goon, the Four Horsemen decided he needed to be a brick, because that's about how articulated he is. 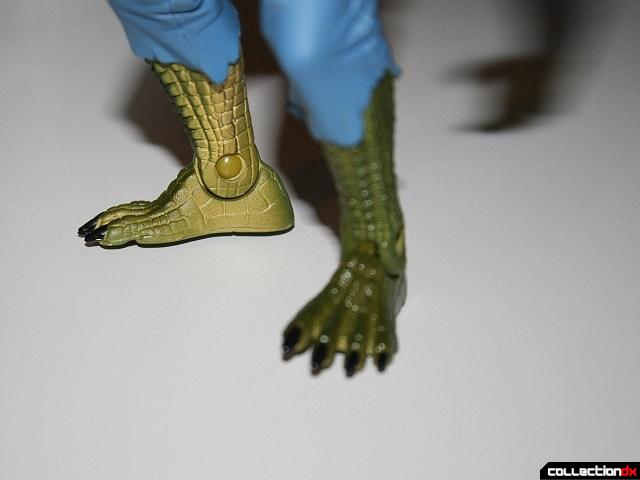 His ankles hinge forward and back, but it's actually kind of hard to keep him up right because of how his legs are poised. 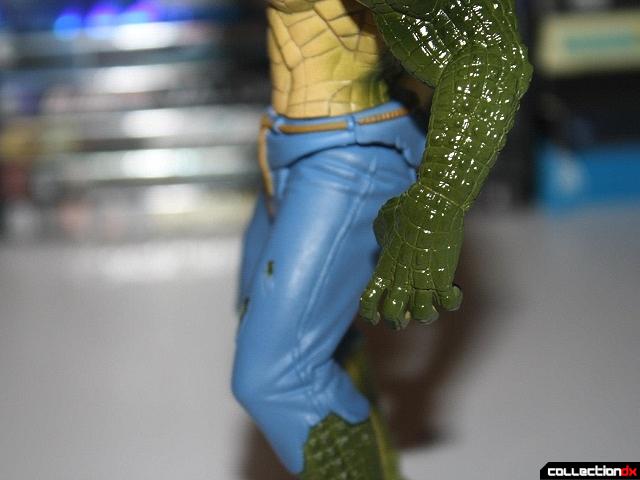 Croc can rotate at the waist. There's a loud clicking sound if you spin him 180-degrees, so I wonder if he wasn't supposed to have some kind of built-in spin-&-smash gimmick. 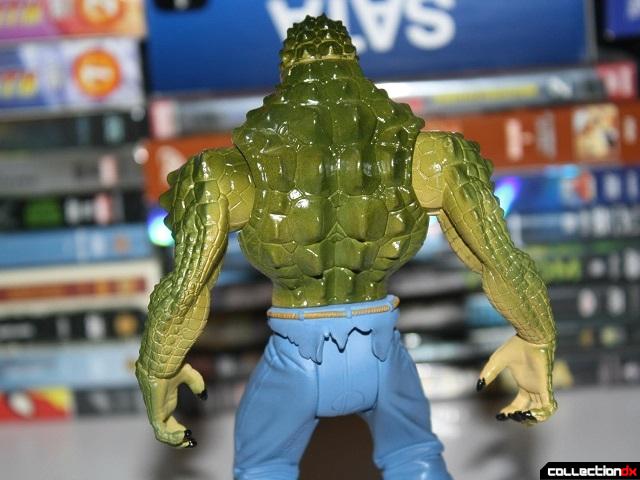 Joints or lack thereof aside, his details and sculpt are amazing. There are lots of textures going on here. It's too bad he can't do anything cooler than stand around, but as far as monster men go, he's beautiful. 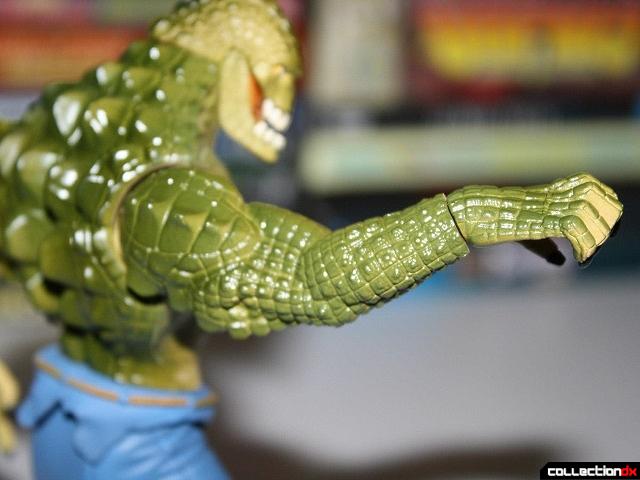 His shoulders are ball-jointed, but have the same realistic limitations as Batman and Bane. 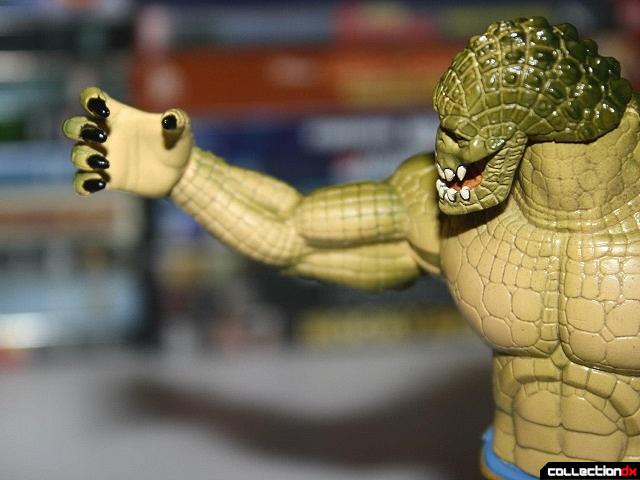 His hands rotate at the wrist, perfect for showing off those shiny claws. 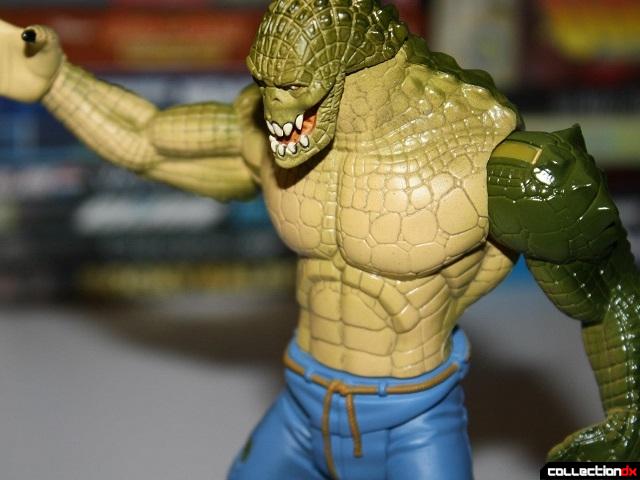 Believe it or not, Croc is actually afflicted with two real diseases, thought I doubt there's ever been a real-life case of either as extreme as his. Then again, looking at how he turned out, I'm sure people afflicted with these wish they had got super powers out of it. One is called epidermolytic hyperkeratosis, which has to do with skin scaling. The other is atavism, which is an expression of traits from past generations and species. 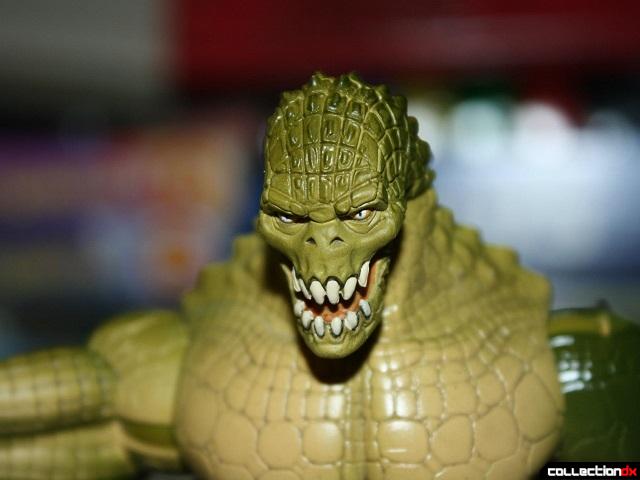 How he never got a toothpaste endorsement, I'll never know. 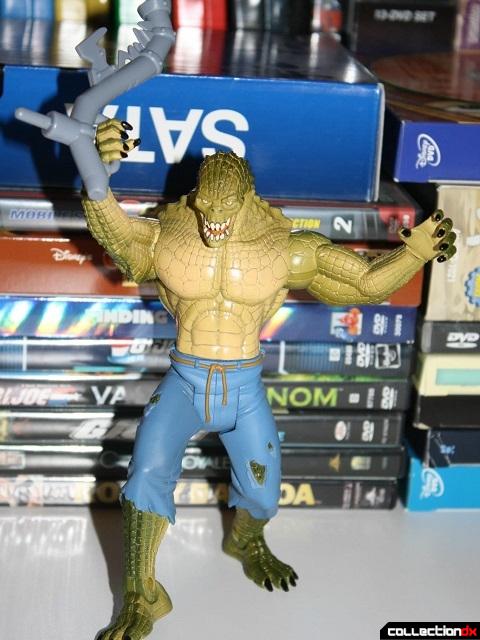 To sell that "keen intellect" of his, he comes with a pipe for "solving complex mathematical equations." 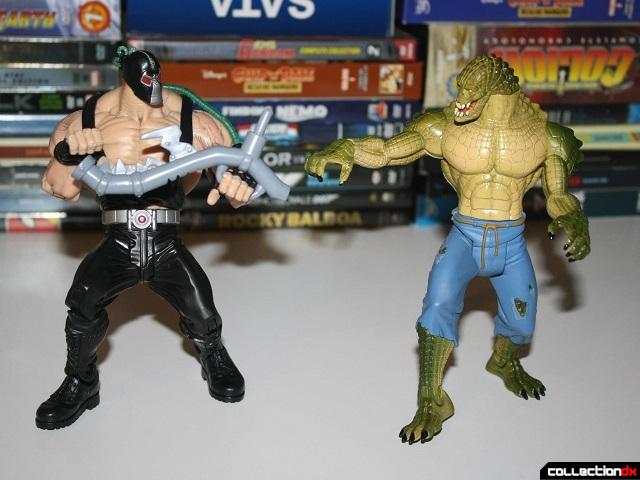 Here we see Croc and Bane having a most robust discussion on whether Einstein's theory of relativity is in fact that relevant anymore. 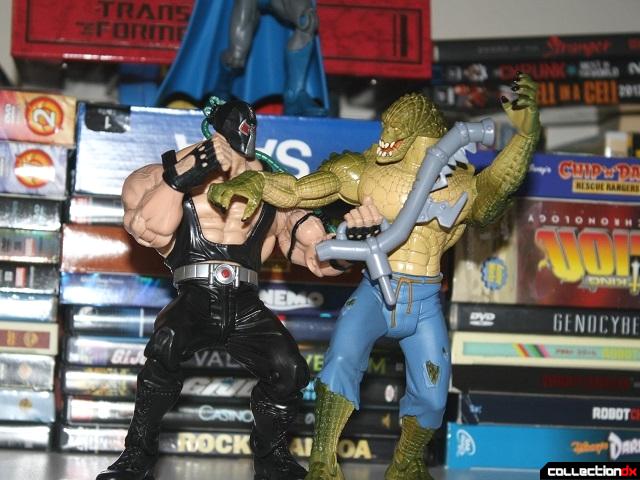 They're about to get into a slap-fight ala Seinfeld. 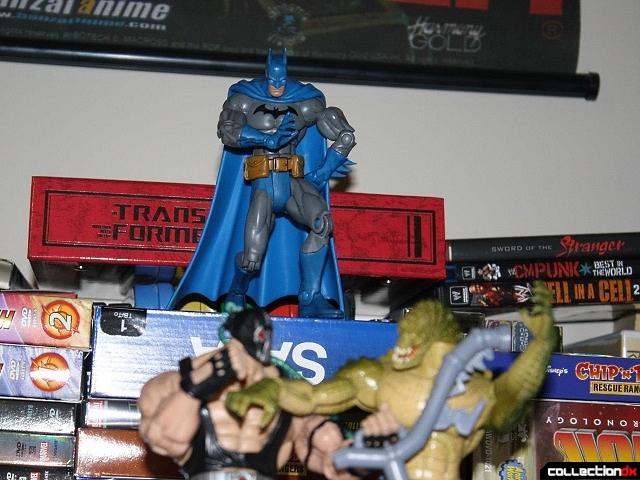 But Professor Wayne won't stand for any tomfoolery in his classroom. 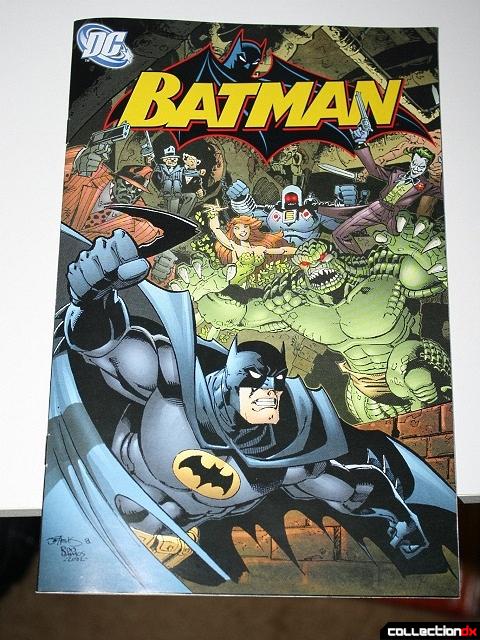 The comic isn't quite that, but it's not anything special either. It's very much a set-up for the beginning of the game. I knew something was off once I looked at the cover. It's too simplistic, cluttered, actually kind of goofy even for a Batman comic that would retail. Which is why it's free. 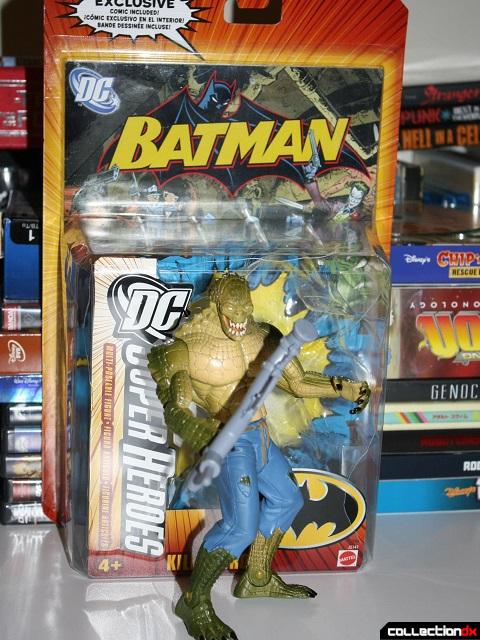 In conclusion, this toy looks really good and is literally solid. Fun-wise, he's on par with something out of the 80s, which is as fine as you want it to be. He's very in demand, so you'll probably pay around $35 to buy him. There have been at least three more modern Croc figures made between the Arkham games, DC Universe Classics (what follows this line), and the Animated Series line, but if you want him comic-style without style without the tail (seriously, the tail makes him look like a Lizard rip-off), this may be the only game in town.

3 comments posted
I think this IS a redeco of

I think this IS a redeco of the one with the tail you mentioned. I have that one and the arm, leg and upper torso sculpts are identical. Only the head is new, and I think the pelvis only retooled to omit the socket for the tail, because it has the same strings for the pants as well.

I'm not 100% on which figure mine is a retool of, but it is a retool, and your's sounds like the original.

I noticed you mentioned the clicking arm too, which triggers a snapping jaw gimmick on mine.