When I sat down to do research on this figure, I had the full intention of doing a full in-depth review of the Magne Force line and its place in Microman history. However, someone beat me to it. Rather than reinvent the wheel, I will point you to this informative and fantastic overview at Microforever:

I will tell you that even though I am not a huge Microman fan, I could not resist the urge to pick this up at my local comic store for short money. This toy is the definition of “Hand Candy”. It is, in a sense, the ultimate desk toy. You can make this guy take on any pose you can imagine. 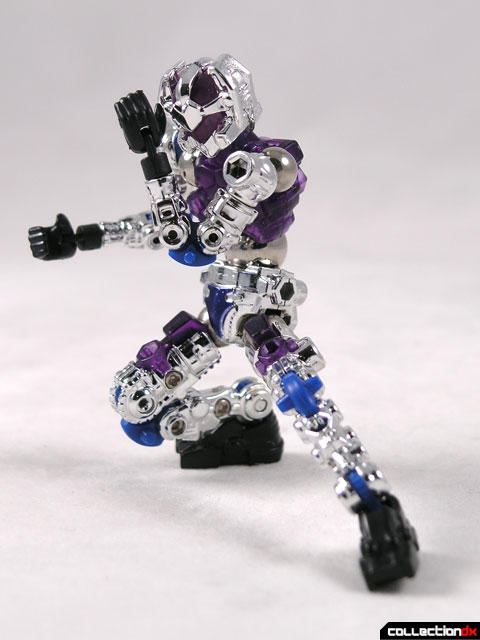 The main gimmick with the Magneacroyear Phobos, if you couldn’t guess, is the magnetic joints. All the limbs are attached via metal balls that attach to magnets in the body. Even the top and bottom half of the body is attached by a ball. You would think that this would be fragile, and that limbs would be prone to falling off, but the toy is surprisingly sturdy. Phobos even has magnets in his feet that allow him to stick to most metal surfaces. The magnets are strong enough to hang the figure upside down. 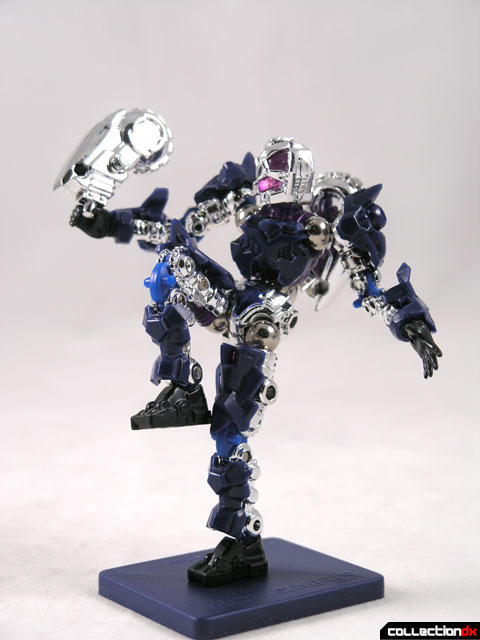 The toy comes with your usual assortment of accessories including a multitude of variant hands, armor and weapons. Phobos also includes a stand that has metal inside so the figure stays attached to it without having to use a peg. 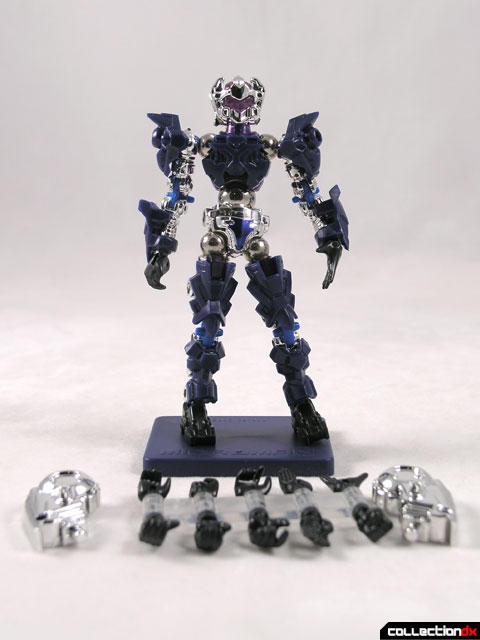 All of the blue armor on the figure is removable. Phobos looks a little naked without the armor on. The head features a light pipe feature that gives the eyes the illusion that they glow. 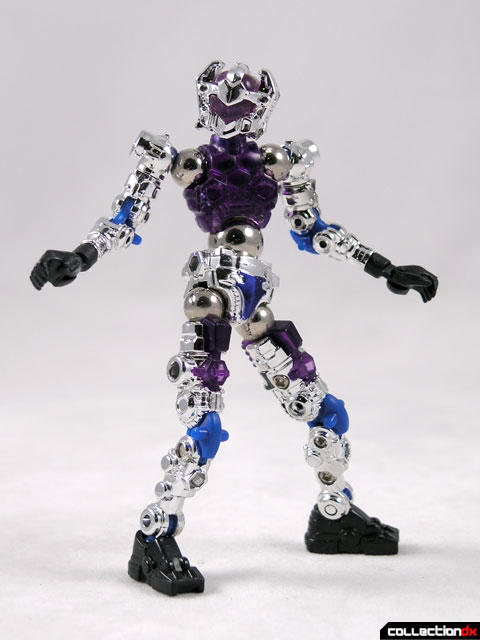 The two wheeled weapons are called Magne-Spinners. They can be held in the hands or attached to various connection points around the body. These parts can also be combined with the weapons from other Magneacroyear to form a special vehicle. 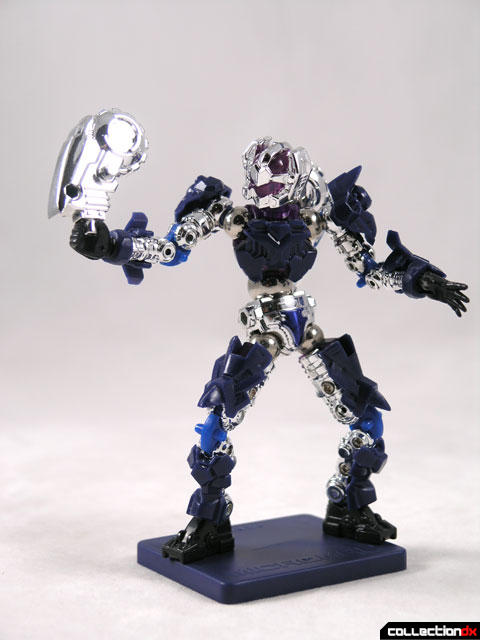 Overall this is a great figure and part of a great line. It is a shame that Microman appears to be going on hiatus for a while... 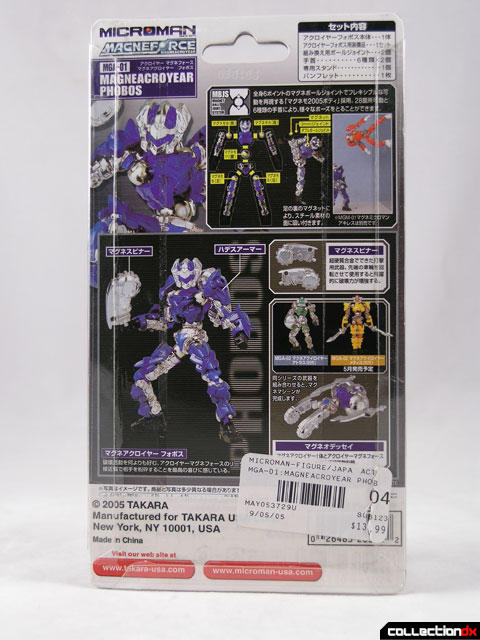 You may notice that this figure has a giant sticker across the back with TAKARA USA on it. These were part of a short lived attempt to bring Microman back to American retail stores. Takara did little to no promotion for these toys, and they ended up failing miserably. I still think with the right angle Microman figures could do well in the states, but it looks like it will be a long while until I have the opportunity to find out.