I've always been a huge fan of zombie movies and Ryuhei Kitamura's "Versus" enjoyed a stretch of time where it was among the most popular entries in the genre. I, however, hated it. So when I heard that the last Godzilla movie was to be made by the same director, my expectations sank. And when I first saw the new design for Gigan, I nearly vomitted. I really HATED it. I nearly swore off the whole thing before it was even finished filming. When this toy was announced, I didn't give it a second thought. No way would I buy that horrible new design from that horrible new movie!

But a funny thing happened at the theatre, when I and several of my friends decided to give it a chance. As it turns out, I loved it! I thought the film was tons of fun, and taken within that context, even the new Gigan design didn't seem so bad. One of the first things I said when leaving the theatre was "Y'know, suddenly I can envision myself owning that new Chogokin Gigan!" The order was sent, the package was delivered......and I was met with nearly the same disappointment I had expected from the movie. This toy just doesn't do it for me.

My biggest complaint with it is the poor articulation. Sure, there's several places where you can move the joints (neck, shoulders, elbows, hips, knees and ankles), but in many of those spots, movement is severely limited. You can also adjust the three fins on his back, spreading them out or keeping them close together. Other than raising and lowering the arms, and twisting them at the elbows, you really can't do much with it. Poseability is almost nil. 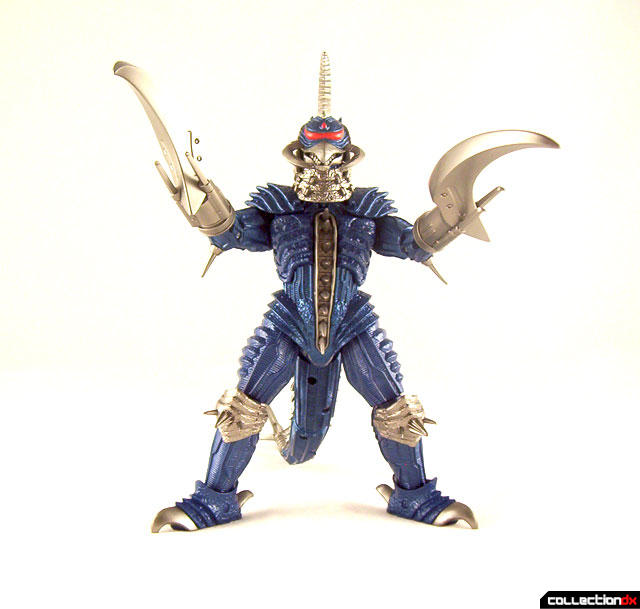 The legs and upper torso are made of diecast metal, but there really isn't much weight to the toy at all. And all the fancy weapons that look impressive are really just soft plastic. Here was a chance for Bandai to make a REALLY dangerous toy and they blew it.

About the only thing that sets this toy above a simple Bandai vinyl is that it has interchangeable weapons. You can replace the Hammer Claw hands with duel buzzsaws and you can change the head to display him in flight mode. A third head with a serrated horn is also included.

And while the extra metal in the toy gives is a nicer shine while on display, I'm just not sure it's worth the extra $40 or so more than it would cost to just get a cheap vinyl. Unless you are a chogokin or Gigan completist, I think this is one you can pass on. 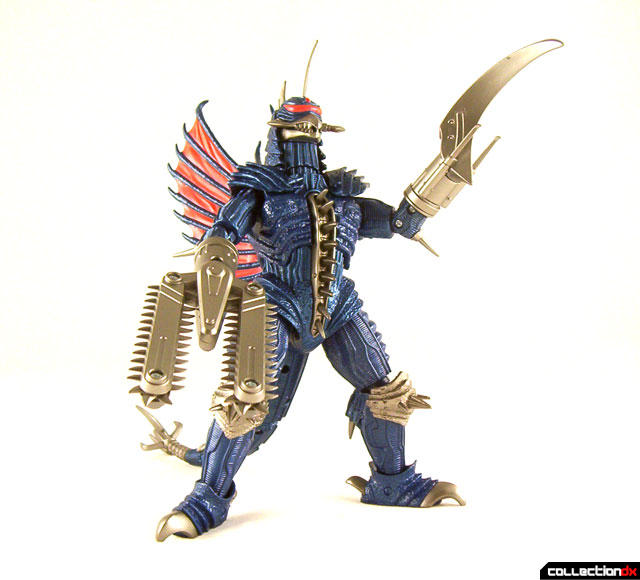 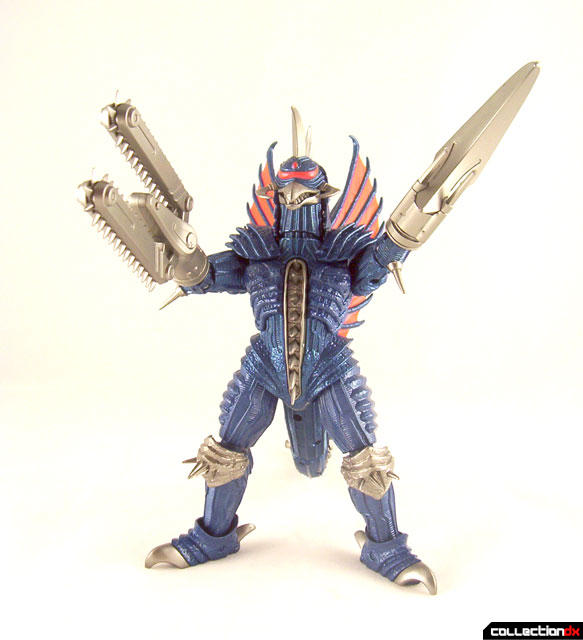 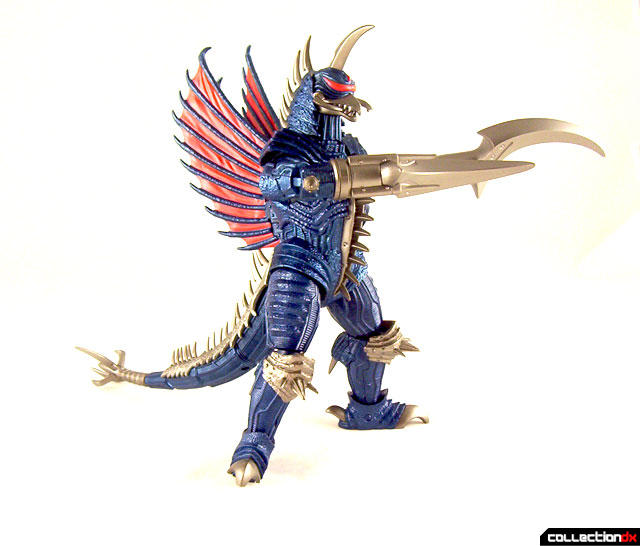 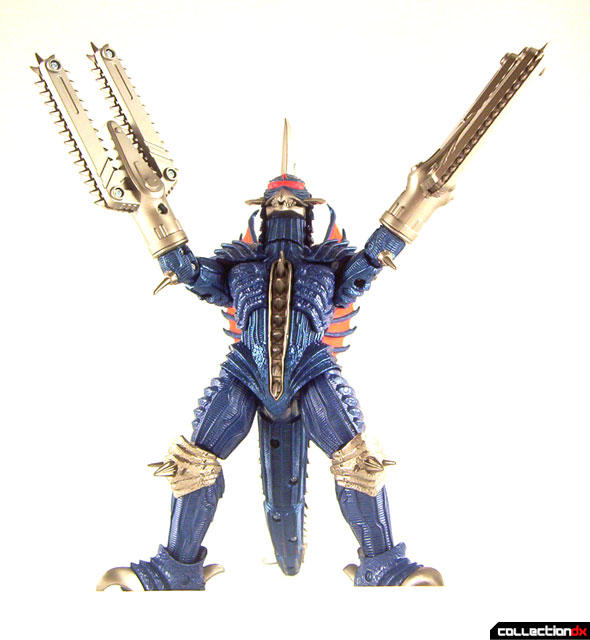 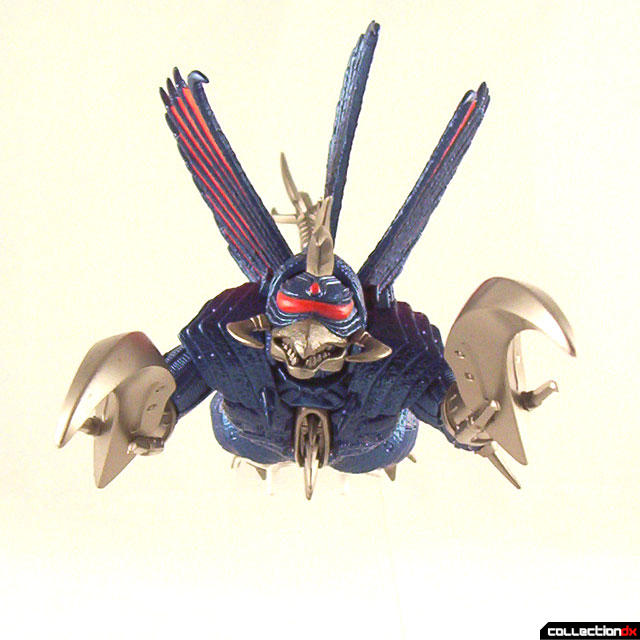 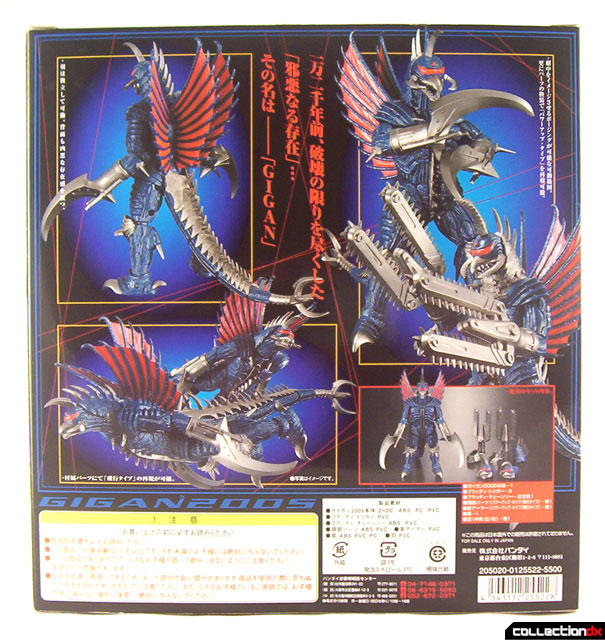 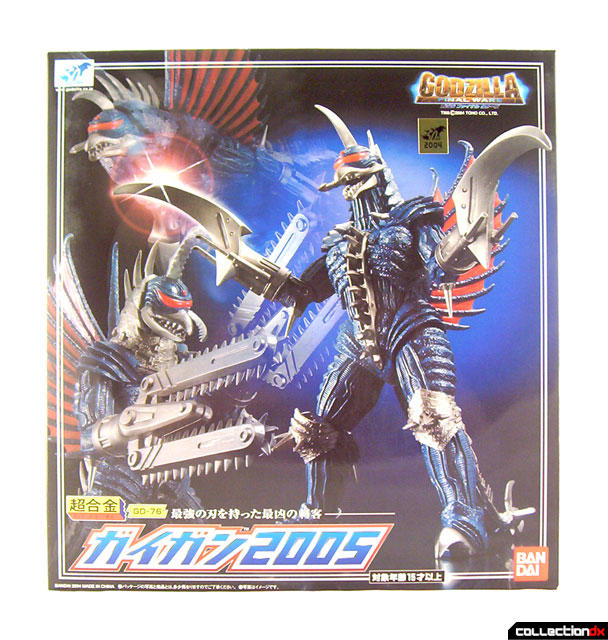 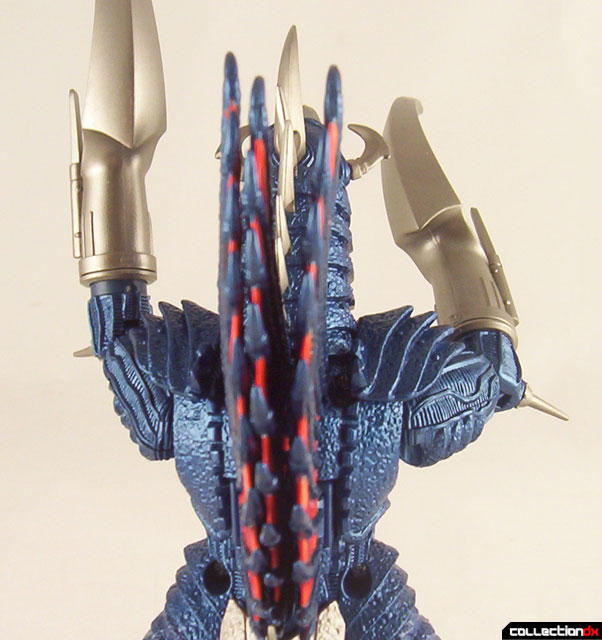 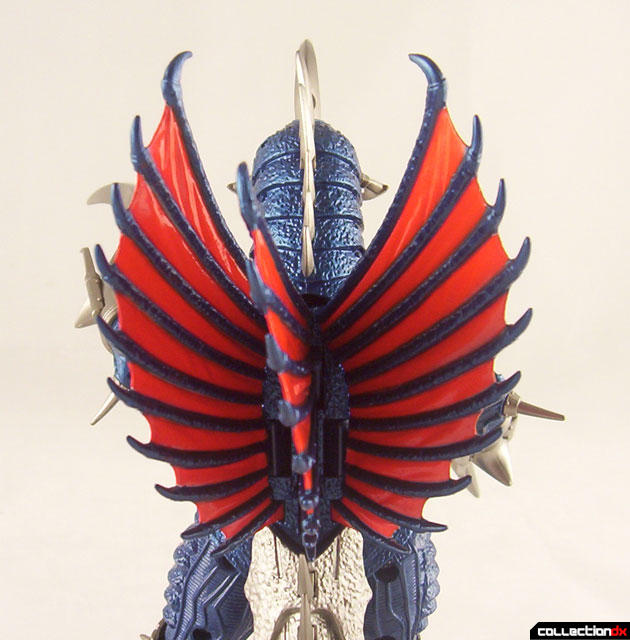 Completely dis-agree Dave. But...... that is what this hobby is all about. Different tastes drive different products.

I find this to be one of my favorite versions of Gigan that I own. I have the repaint and of course it is on constant open display so I can mess around with it and the other 2 chogokin mecha Zillas nearby. :) I believe the heft and mold definition, as well as the paint apps, blows away anything ever done in "cheap vinyl" LOL

I personally -would recommend this one to all true Gigan fans!

I'd like to hear your opinion of the whole thing because I*m considering buying it for Christmas and I'm not sure about it. It's either this or hte Joker from Play Arts. I like how Gigan looks but can you do anything with him?

How tall is this Gigan? Is he in scale with something like the banpresto fnal wars godzilla vinyl figure?

I guess it's probably a good value at that price, if you like kaiju/modern gokin. But I sold mine (and most of my other modern toys) a few years back so I'm not sure how big/what scale it is. I seem to recall it being about the same size as most other Bandai vinyls, so 6-7" maybe? I'm going on memory though so I could be wrong.