Its tough for me to review Unicron, because all the Transformer fan sites have already been there, done that. I'm not going to get into the history or character here. I'm just going to tell you what I think.

Unicron is an impressive toy. In robot mode, Unicron stands around 16" tall, and about 10" wide. If you spread his wings out, you will get a few more inches of width. He's pretty solid and heavy, in addition to looking cool. 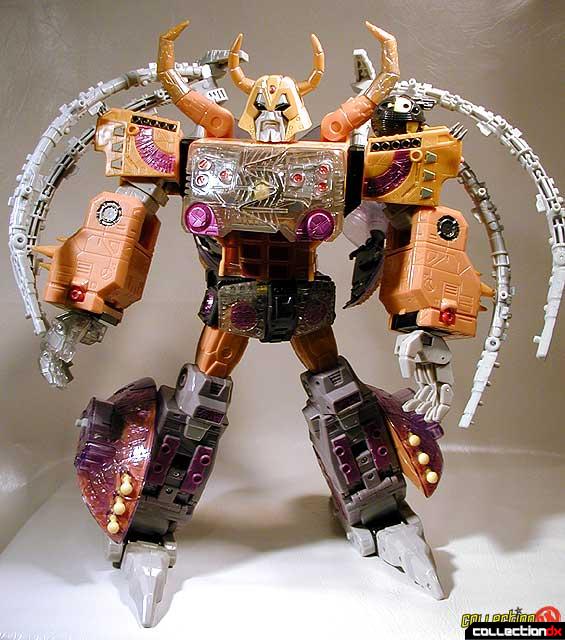 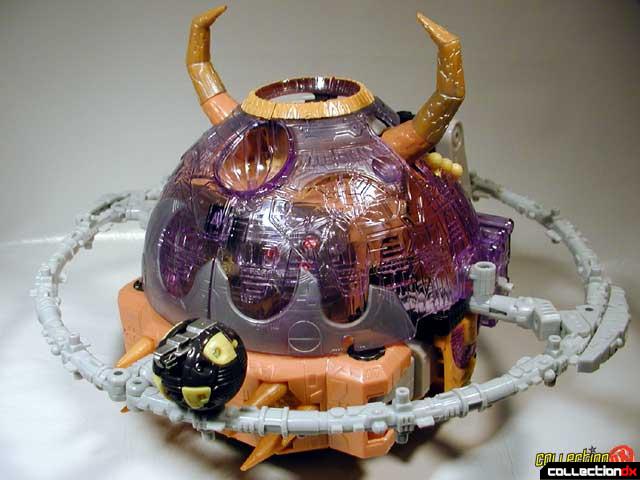 There are so many neat things about Unicron, it's hard to think of a logical way to present them. I'm just going to run down some of the cool features in random order. 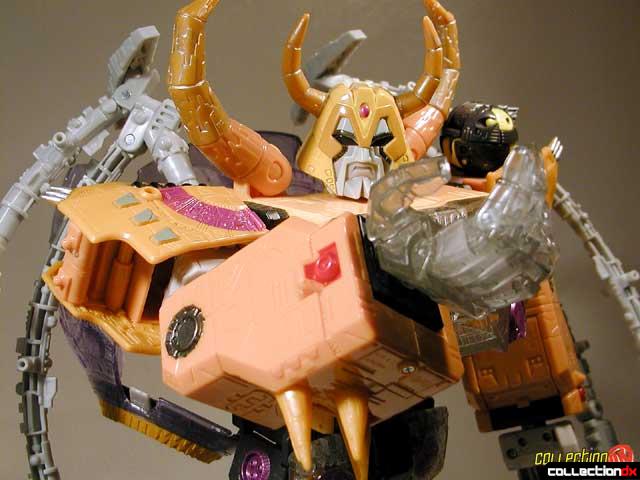 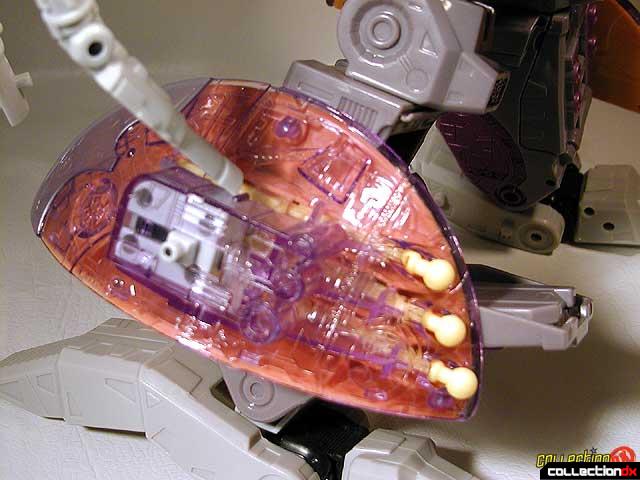 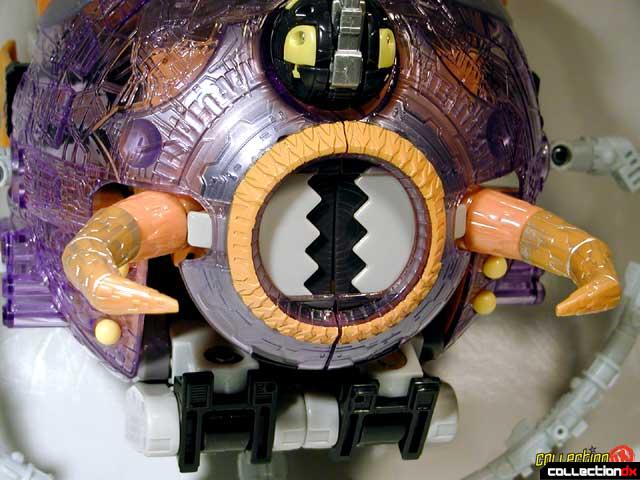 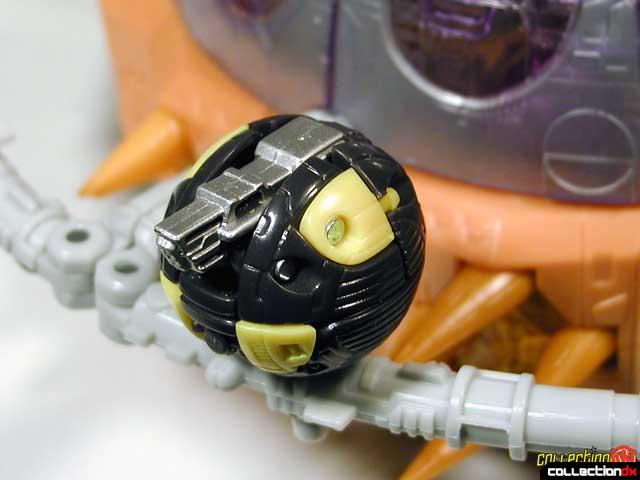 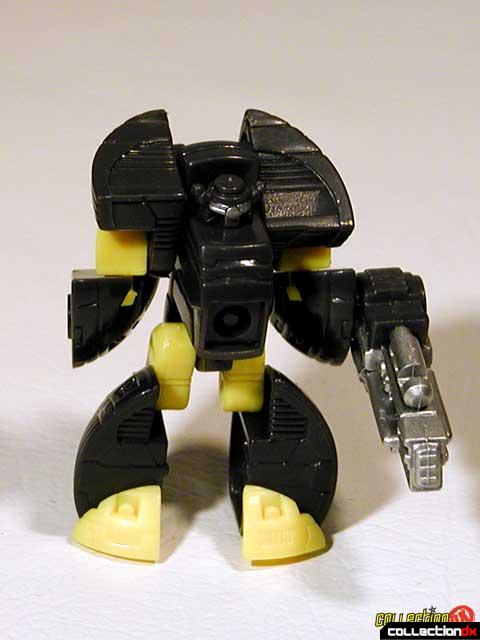 Transformation into planet mode is difficult and not at all intuitive. I forget how to do it each time, and I probably got it wrong in the photographs. Pieces don't fit together well. You have to shimmy and adjust areas as you go along. Once into planet mode, it's not actually round. I think the designers could have done a little better and gone the extra mile to make it planet shaped. Unicron's wings form the ring around the planet on which you can add a whopping 26 minicons. Probably the coolest thing about the planet mode is the chomping jaws activated by squeezing the big claws together.

Unicron comes with one minicon, Dead End, a small black robot that turns into a planet. Dead End can attach to a small area on top of Unicron in planet mode. He's a fun little robot; sturdy, and more intuitive to transform.

Although Unicron is very impressive and loaded with gimmicks, he tends to annoy the hell out of me. Here's why:

This color version of Unicron, from Transformers Armada, was actually released in both Armada and Energon boxes. later there was a proper black and green version released in its energon box. I don't think the Energon version went on mass-clearance like the original did.

Overall, The cool fun features of unicron balance out the annoying parts. He's a pretty good toy, and impressive to look at. He could have been better if he was a bit more thought out, but if you can snag one on clearance, you won't be sorry.

its hard to transform like the cybertron planet robot.