One Macross related Hasegawa model kit that came and went quietly was their special limited release of the 1/72 scale F-14 from Macross Zero. The kit was released in early 2000s and coincided with the release of the then-new Macross prequel anime, Macross Zero. 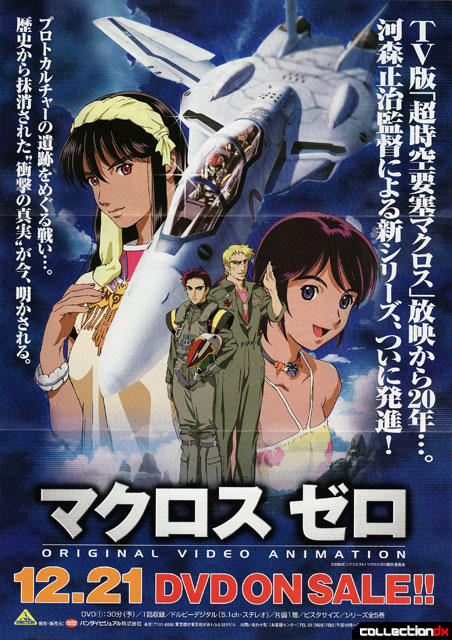 In the last few months it has been Macross catch up with me as I want to watch Macross Frontier and I am aware there are many inside jokes from previous Macross series throughout Macross F. I wanted to make sure I had seen every Macross series so I can get the full benefit of Macross F. One series I had put off watching was Macross Zero and after having watched it I wish I had not waited so long. 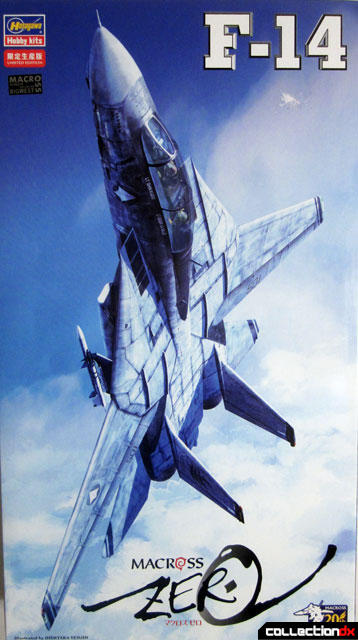 It was like a modern Macross series made just for me. As some of you may already know I am huge fan and historian of aviation, with one of my first jobs was working at a local air museum. The aviation of Macross was one of the features that attracted me to Robotech in the first place when I first watched it back in the 1980s. 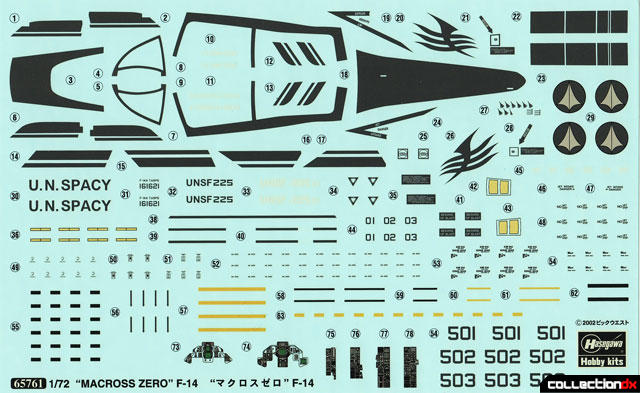 Another contributing factor was my love for the Grumman F-14 Tomcat, which is my favorite US Navy jet aircraft. The Tomcat was the de riguour fighter aircraft of the 1980s being used by GI Joe with the Sky Striker and with Top Gun further publicizing the aircraft. The F-14 was a back influence on the VF-1 Valkyrie as Kawamori designed the Battroid first, then designed a jet from that, with the results looking influenced by the F-14. 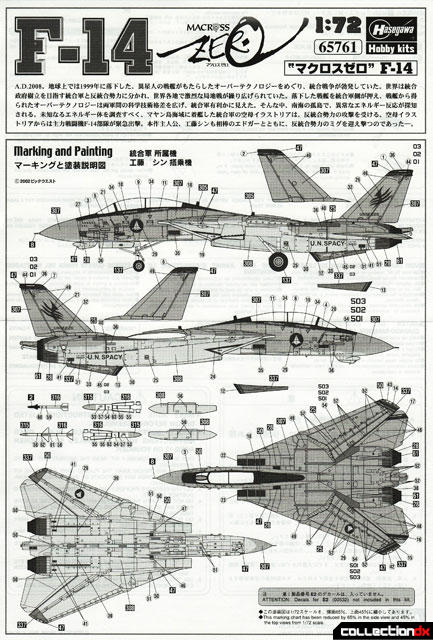 And what an airplane it is. Developed by Grumman aircraft in the 1960’s it served the US Navy well until retirement in 2006. Remember the opening scene of Do You Remember Love where Hikaru locks his VF-1 weapons systems on multiple targets? The real F-14 avionics can track 24 targets at the same time and actively engage with seven targets. The Skull Squadron of Macross fame was another influence that can be traced to the real world VF-84 Jolly Rogers which flew F-14 Tomcats. These are just a couple of real world influence on Macross that made the series so fascinating. It is those little real world aviation details of Macross that made me enjoy the series so much. 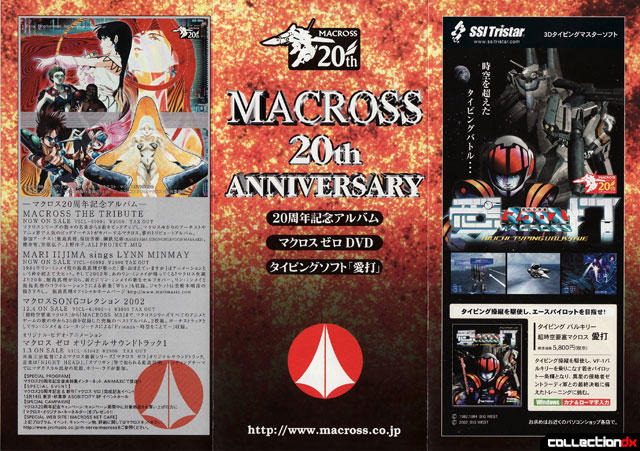 To see modern animation of the F-14 engaging combat with an Anti-UN SV-51 was jaw dropping. This was what I was waiting for. Also the back story of the pilots moving from F-14's to VF-0's was accurately told of real situations where pilots had to move from one aircraft to another, especially during the prop to jet conversion in the 1940’s and 1950’s. Macross Zero along with Macross plus is a love story of Kawamori’s deep love of real world aviation. Hasegawa released a limited edition 1/72 F-14 Tomcat model kit with decal markings belonging to the F-14 that characters Shin Kudo and Edgar LaSelle flew in the opening episode of Macross Zero. 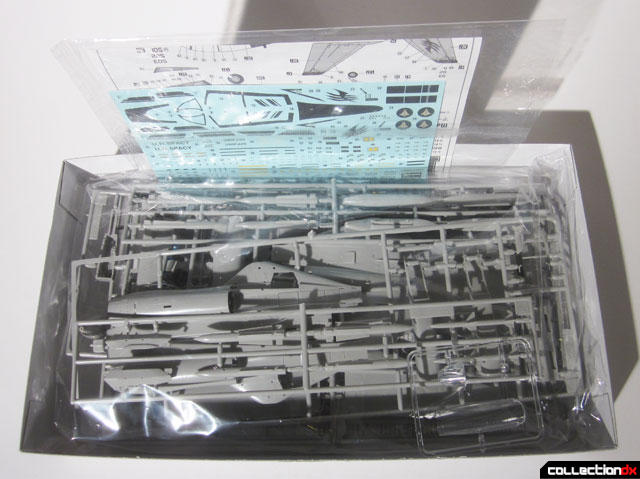 When Hasegawa says a kit is “limited edition” they mean it. Hasegawa is known for releasing limited edition kits with little or no promotion, leaving hobbyists to discover the kit when they least expect it. Having missed it when it was first released, it took me a while to locate one, which I just happen to find locally at Frank and Sons when a dealer brought out some old stock. It was a $20.00 kit when it came out, but I paid $35.00 for it, as even on Y-Auctions it tends to have a high opening bid when they are rarely put on auction. Sometimes you just have to pay for it and this was one of those times. 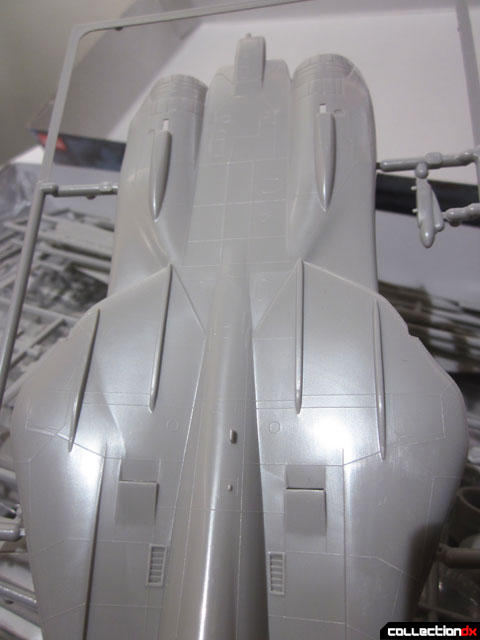 First, the huge let down. The Hasegawa kit is an old kit. Released in the 1980s, the shape of the aircraft is correct but it features raised panel lines. For today’s modelers this is an outdated feature and I did not like the idea of paying so much for an outdated kit. Yes, I can re-scribe the panel lines but I rather just find another better F-14 kit and just use the decals from the Macross Zero Hasegawa kit. Also it does not come with any Macross Zero pilots. This was easily fixed as some extra pilots come with the Hasegawa VF-0 kits. It makes me wonder why did not Hasegawa just release the decal sheet alone as a Model Graphix special edition?

In the “beggars can’t be choosers” vein, I am happy that Hasegawa did this release as I have been itching to make a F-14 in Macross markings and the decal sheet alone is worth the price of admission. Hasegawa does need to do a new F-14 release, as their kit is outdated but the fact that Hasegawa released the Macross Zero version in the first place I am not going to be too picky. I plan to use Macross Zero F-14 decal sheet on a 1/72 Tomcat by Fujimi model kits, which seems to be the best model kit on the market of the F-14.

2 comments posted
If you're looking for an

If you're looking for an ultimate representation of this particular F-14, I've heard some F-14 experts say that the CG model used in Macross Zero is based on Tamiya's 1/32 scale F-14 kit as it has many of the same imperfections only F-14 nuts would notice.

Thanks for the info. Yes I would love to build that Tamiya kit but I would have issues of where I would put it when I'm through! Plus I would have to custom make the Macross decals.

I typically build in 1:72 and i'm finding out the Fujimi kit is the best on the market.

But that would look cool!