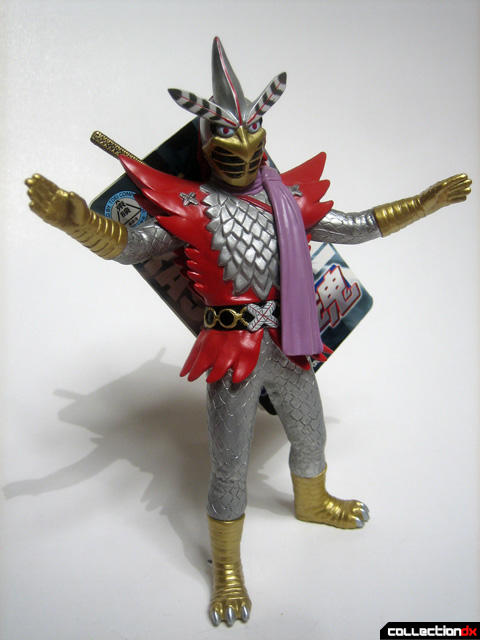 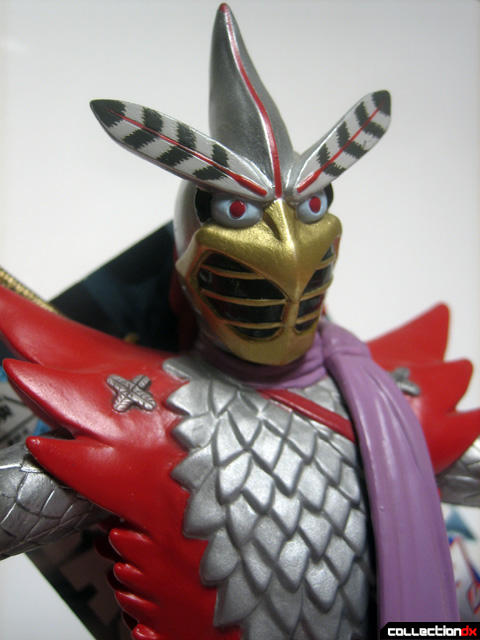 I was first exposed to Toei’s 1972 series Henshin Ninja Arashi in an old 1985 issue of Hobby Japan. In that issue, a master modeler scratch built a resin kit of Arashi in a dynamic pose. For many years I thought Arashi was a chicken or rooster, almost like some sort of weird downtown Tokyo chicken joint mascot you would see standing on the corner waving his sword. Regardless of what fowl Arashi was (He has an eagle costume) I knew he was very important in tokusatsu lore.

Henshin Ninja Arashi aired in the 1972-73 season and aired for 47 episodes. After years of civil war and strife in Feudal Japan a mysterious group known as the Blood Wheel Clan has decided to shatter the newfound uneasy peace and use the instability to take over Japan. The father of one of the members decides to use magic to change his son Hayate into Henshin Ninja Arashi to help defeat the Blood Wheel Clan’s evil leader Devil Sai and his mutant ninjas.

I have always liked the look of Arashi’s Eagle costume, as there is nothing quite like it compared to other tokusatsu heroes. I was quite surprised when I saw this Bandai’s Soul of Soft Vinyl Arashi sitting dusty in a dark corner of a dealer booth at Frank & Sons. The dealer was quite surprised that I knew who Arashi was and $6.00 less in my pocket I had my first new Soul of Soft Vinyl. 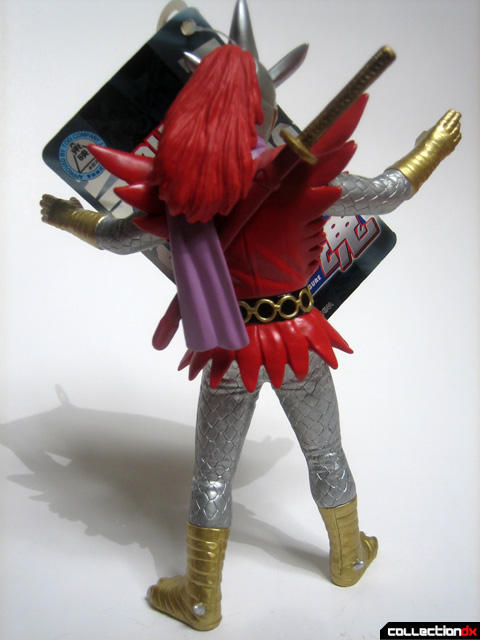 Arashi is 7 points of articulation at the arms, plume, feet, waist and head and comes with a hanging card that denotes the toy info connected with a plastic hanger. I also like the sword part molded to his back, although it would be better if you could detach the sword from the figure. The scarf and plume is also a nice detail that could have easily been molded as part of the figure or left off entirely. All around the sculpt is excellent with lots of fantastic details throughout. 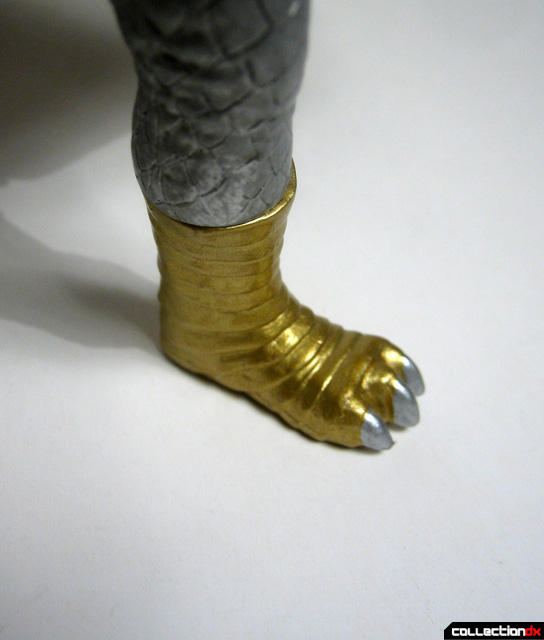 The painting details are very well done considering the complexity of the colors and jagged edges throughout his costume and there is no overspray or misplaced paint masks anywhere on the figure. Honestly, It is one of the nicest vinyl figures I have seen. Also, if you have some sort of creepy bird foot fetish then would like this figure as well.

For $6.00 dollars you cannot go wrong at many levels, a great soft vinyl figure of a historical tokusatsu character of one of the most iconic costumes of the genre.

2 comments posted
Ninja Arashi is one of my

Ninja Arashi is one of my favorite Japanese hero characters! I've never seen the show, but I've always loved the design. But being a snob, I think I would restrict myself to buying vintage pieces of him, if anything. I think he and Condor Man are the two talkers I want the most.

Much agreed, as i was posting this entry I was wondering what figures and such were manufactured back in the day? It would be great to have some vintage Arashi items in the collection especially if they made model kits.

I tried posting the opening of the show from youtube, but it didn't work. I need to find the 45rpm of that theme song, if I ran for political office that would be my campaign song!