Aura Battler Bilbine is the second (and only other) release in the Aura Battler in Action line. While the Dunbine may have had some joint issues, at least it stood up and looked decent. This Bilbine toy is a mess on so many levels.

Had they just made a Bilbine toy that didn't trasform, they would have been fine. Bandai had to over-engineer this little PVC toy and try to make it transform into its bird mode. It's a disaster.

In robot mode, Bilbine barely holds it together. The knees are weak, the feet don't stay together, and the entire chest area rarely stays put. 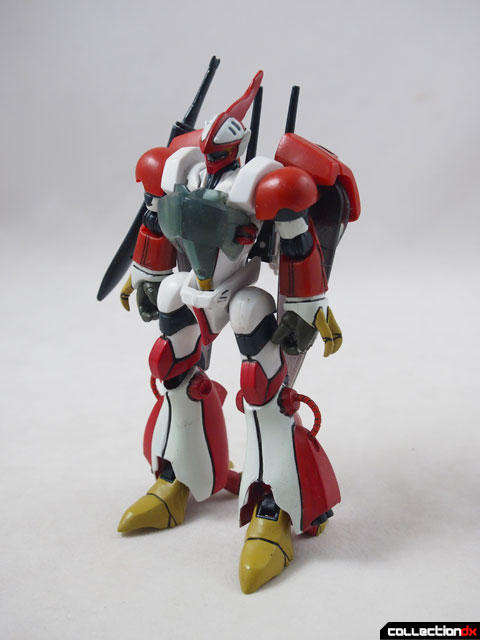 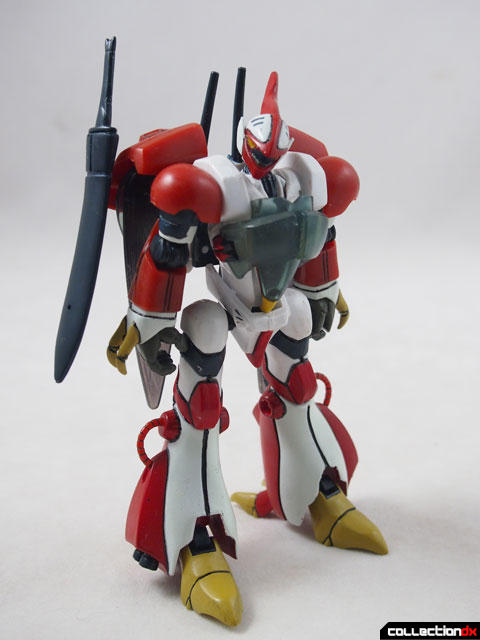 You can see how knock-kneed he looks. It took me forever just to get this pose out of him. 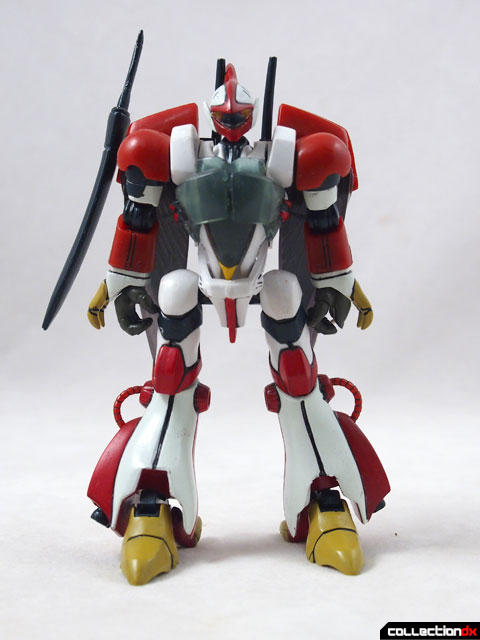 The back features dual two-part translucent wings, back cannons, and a sword and sheath. The sword is, of course, floppy as hell.

This awkward gun fits on the right arm, and a special hand is included to hold it. 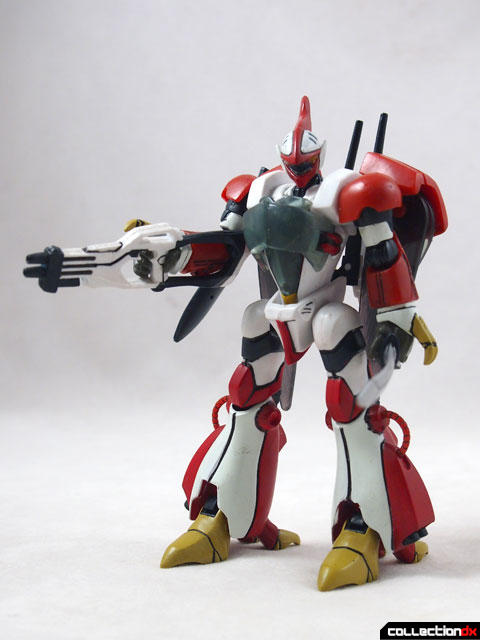 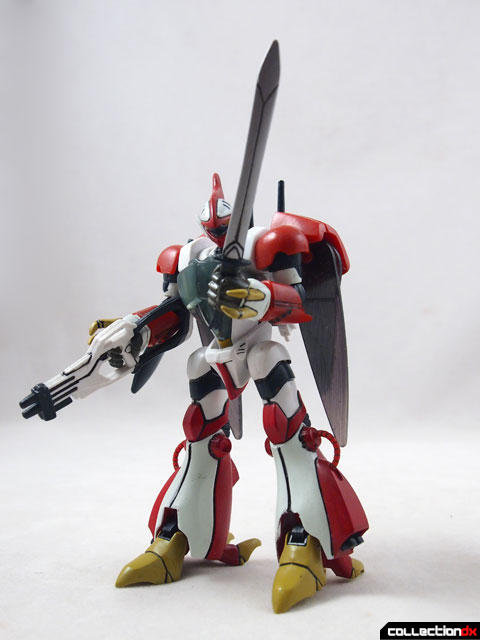 And then there's this thing. It looks like the gun we saw earlier, but the stock has been bent over and a thin beam of electricity comes out. This thing also is warped like crazy. It's just thin PVC. 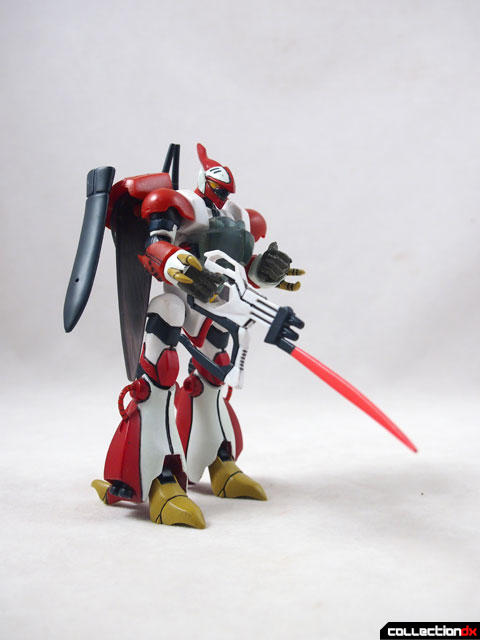 Then there's this bird mode. It doesn't hold together at all. It can't rest on the ground. I had to use flightpose stands to make it look like something. 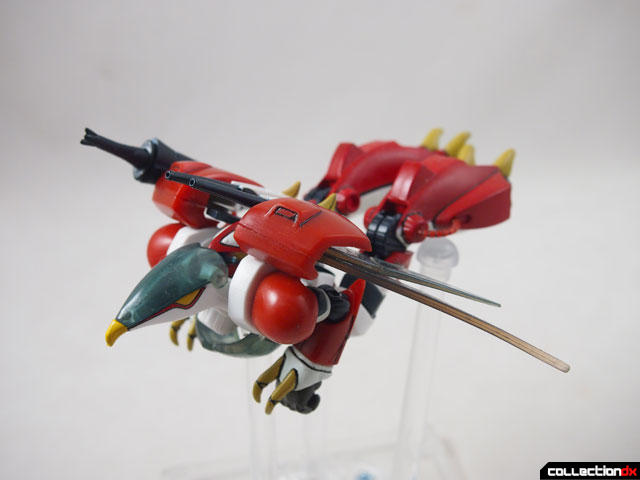 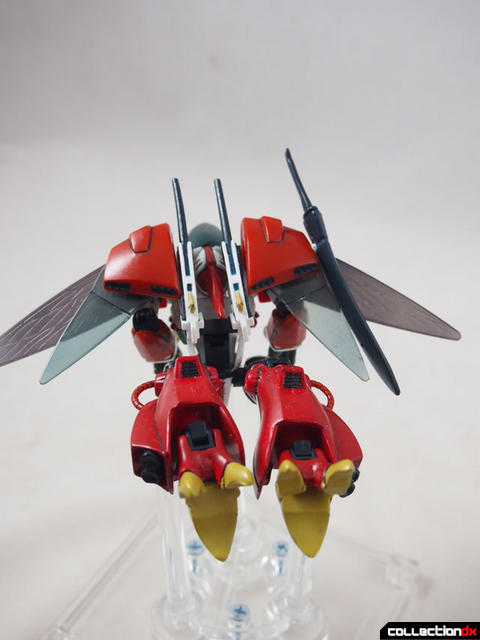 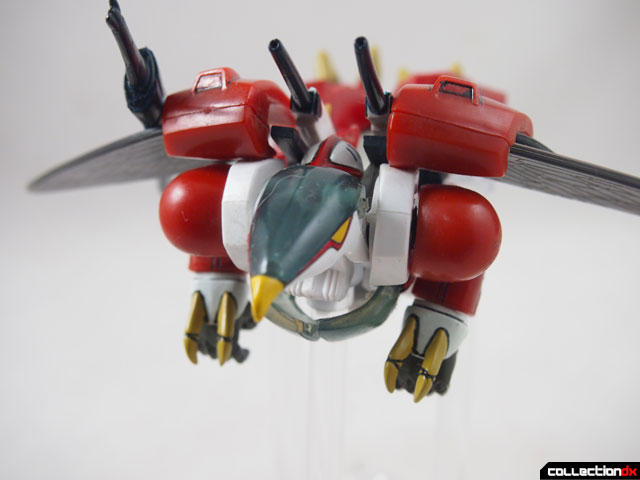 They also released an alternate color version of this toy. I would skip both and wait for the Robot Spirits version to be released. This has little to no redeeming qualities.

1 comment posted
Does it even belong to the so

Does it even belong to the so bad it's good? Or this is pure unadulterated trash?