The original line of Masudaya talking vinyls contained at least 4 different Ultraman characters, but when the line was resurrected in the late 1990s, only one, Ultra Seven, saw production. Evidently, Ultra Seven is considered the most popular of the Ultramen (at least, according to Wikipedia), so I suppose it would make sense in that context.

This figure is the tallest of the 6 talkers that I have, punching in at about 15.5" tall. This is just a hair too tall to stand on the shelf with the rest of the gang so I've had to have him standing ever so slightly hunched forward. Now that's the only way he'll stand at all. I supposed a little work with the hair dryer would probably fix that, but until I need to, I'm not gonna bother.

I like having this figure because otherwise I actually have surprisingly few Ultraman toys in my collection. Besides the Jumbo Ultraman Leo and the Ultraman Ace that came with M1's Hipporito-seijin, this is my only Japanese Ultraman toy. (I've also got some of those 20" Ultra bootlegs from Thailand, but those are in storage and never really seen.)

Otherwise, it's not that great a toy. The body is cast in red vinyl with white and silver paint application and the head seems to have been cast in silver with gold, blue and black highlights. The head seems too big to me and the arms too small. The talk box is in the back and you pull the string to make him speak. 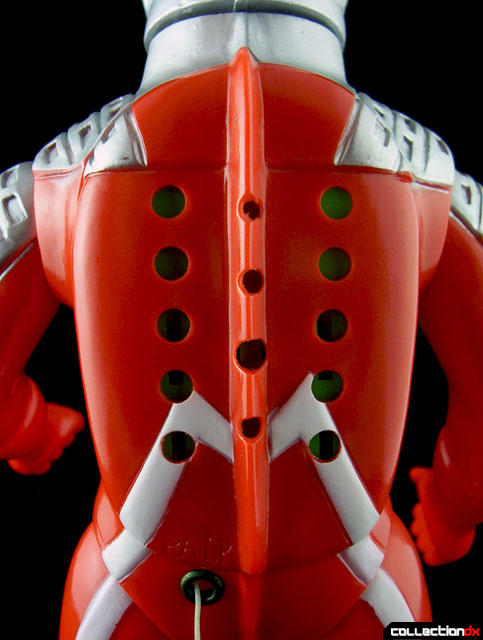 Maybe I'm being a little hard on it though. I remember when I bought it, I placed the order almost entirely because I wanted to combine shipping with a few other things that were advertised as in stock, but really weren't. I ended up buying it anyway, but felt sort of annoyed.

I tend to think talkers look better in a group. If you like the Ultra characters or talkers and you see this at a great price, by all means grab it. But in and of itself, it's not too amazing. 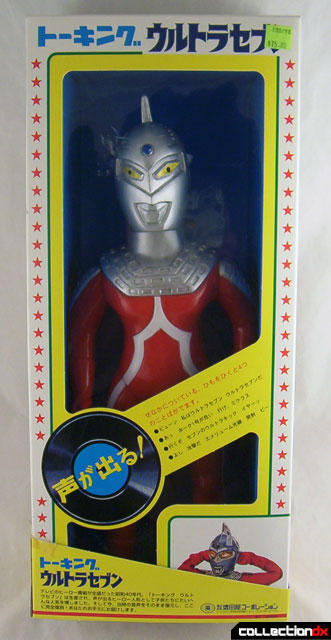 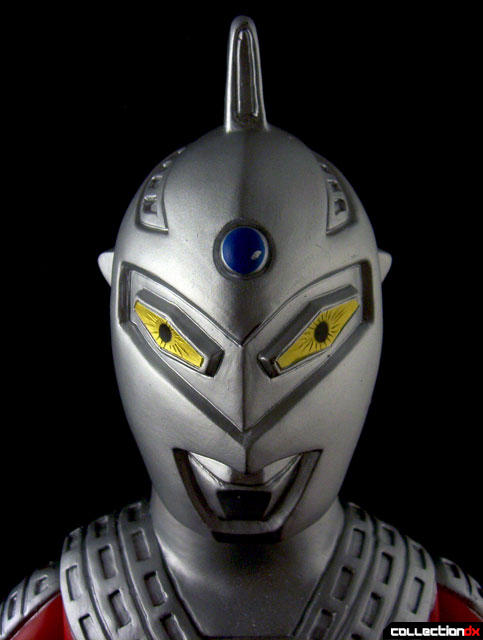 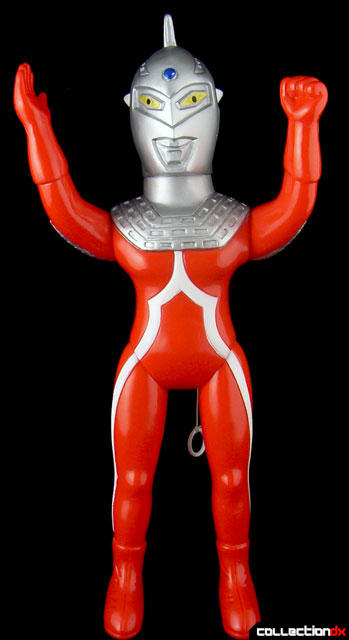 Dave is back! Yeah!