Chikyuu Sentai Fiveman (地球戦隊ファイブマン) was the 14th show in the Super Sentai series and aired for 48 episodes from March 2, 1990 to February 8, 1991. It's main mecha, Five Robo (ファイブロボ), was released as in 1991 under the Jumbo Machinder banner. It was the first toy to feature the brand name since 1982's Dol Dragon and would be the last such toy, although later there would be model kits of Dangioh and Nu Gundam from B-Club that bore the name. However, those are generally not considered real Jumbo Machinders. In fact, depending on who you ask, the same could be said of Five Robo, too.

The reason for this is due mostly to the fact that the toy is made entirely out of hard plastic, unlike the polyethylene or vinyl of traditional Jumbos. This really sets the toy apart from its brethren. It just really sticks out like a sore thumb in a lineup of vintage Jumbo Machinders. Besides that main detriment, there are a few other things that make this a pretty unpopular toy. At 21" tall, it's a bit smaller than a full sized JM. The proportions looks a bit goofy, too, especially the legs and feet, which seem quite large. 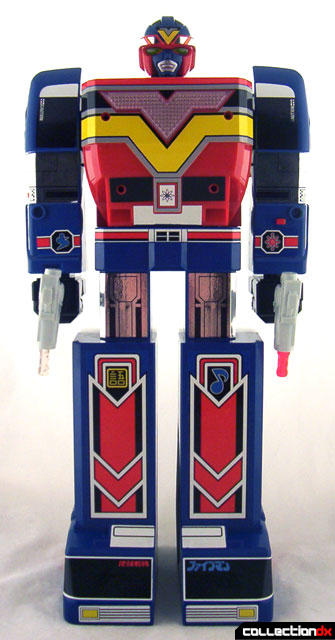 Some people also don't like the box, which is also different from classic Popy JM boxes. It's made out of thick, sturdy cardboard with full color graphics all around it and a lid on the top. Come to think of it, it's actually a lot like the first series Jumbo villain boxes, only with a lot more effort put into it. 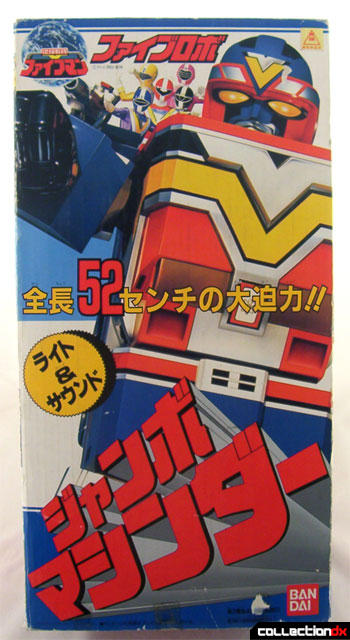 One thing I never knew until getting the toy myself is that the image from the front of the box actually continues on to the right side, which I think it pretty neat. Also, the instructions for the toy are printed directly on the back side. 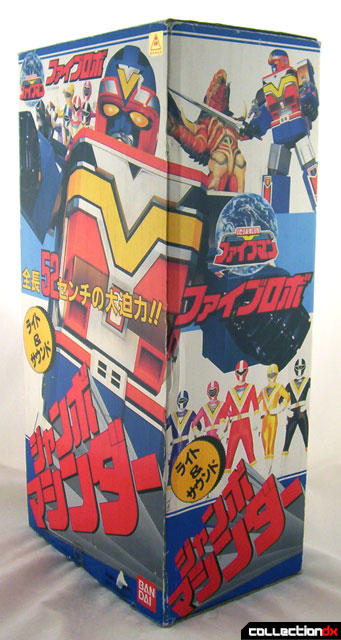 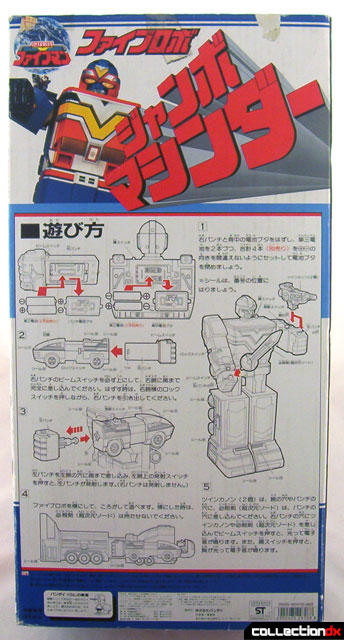 Ok, so what are this toy's good points? Well, if you look at it on it's own merits, there are actually quite a few. And when I say to look at it on it's own merits, I mean, think of it from the perspective of a child instead of a collector. First, it's still pretty large and though it looks a bit goofy compared to older JMs, it actually does look very much like the robot in the show. 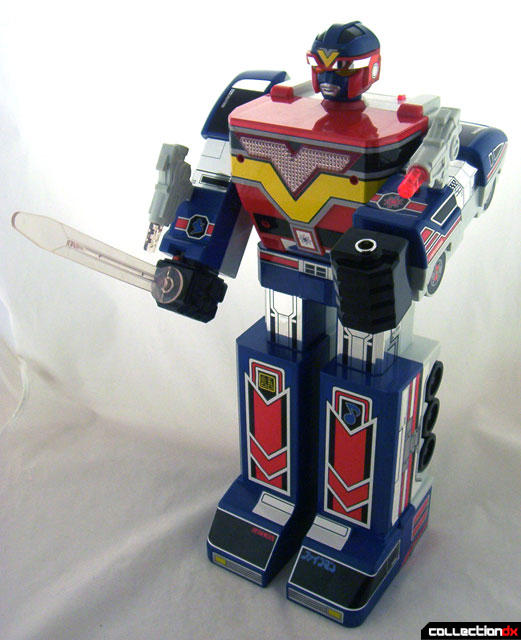 Five Robo also has some neat gimmicks, including light and sound features. If you press a button on the shoulder, his chest and eyes flash and you hear a beeping sound. The next feature is similar, but a bit cooler. You can place a clear sword in his right hand and when you press the button there, the sword lights up and you get the previous sound again. On top of that, you can remove the sword and replace it with one of two different guns and then they will light up if you press the button. When not in his hand, both guns can be stored halfway up the arms. So Five Robo is fully armed and ready for battle at all times. 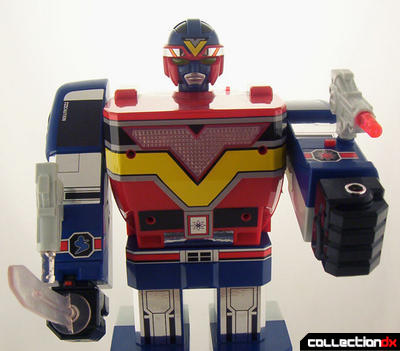 Unfortunately, because of the electronics involved, you do lose some other features. For instance, the right fist does not launch. You have to store the batteries inside the right fist and right behind the head on the back. However, you do still get rocket punch action from the left fist so it's not a total loss.

Ok, now the next gimmick is really something that it gets a lot of flack over and rightfully so. It's quite silly. Five Robo "transforms" into a vehicle, but the transformation consists entirely of laying the robot down on it's back. That's it. Seriously. I didn't even bother taking a picture of it. There are 20 plastic rolling wheels on the back (6 on each leg, and 4 on both sides of the back) and the arms also have stickers on them the mimic wheels there. Those stickers, as well as all the others on the side, need to be applied but many collectors do not bother since the toy looks exactly the same from the front without them. All the sticker ornamentation on the front of the robot is already there when you open the box. 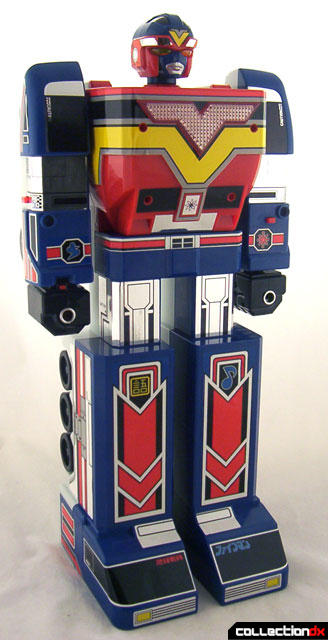 The Jumbo Five Robo is probably the easiest Jumbo to acquire. Not only is it very common, but most people don't even want it, which of course helps keep it very affordable. It's a very common sight on both Yahoo!Japan auctions, as well as in shops in Japan, but it's seen less frequently on Ebay so prices there are usually higher. If you're interested in one, make sure you shop around before buying.

Far less common than this toy is it's Korean counterpart. I remember seeing one on Yahoo!Japan auctions many years ago, but I was just beginning to collect at the time and I didn't know for sure that it was an actual Jumbo. It was listed under "Jumbo Machinder", but there was no mention of size nor anything in the pictures for scale. The legs on that version opened up and you could place action figures inside. For many years, I questioned my own memory of whether or not I really saw it until recently JoshB unearthed this picture. Now I just gotta find one! 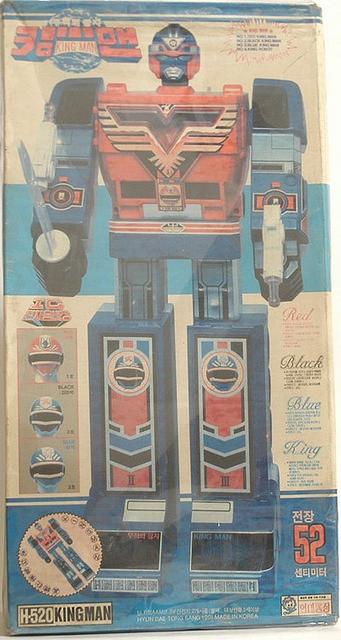 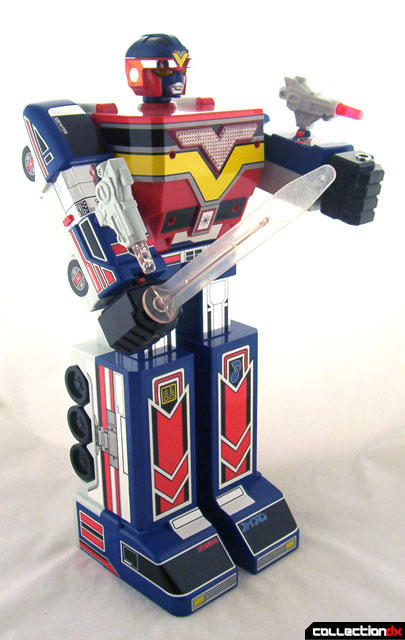 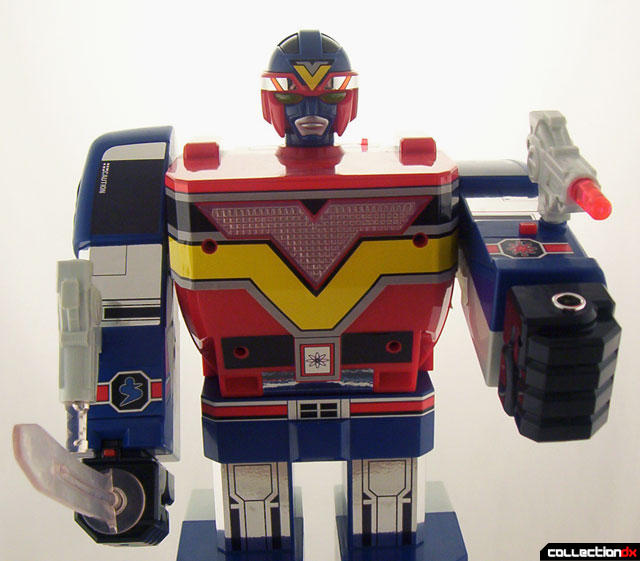 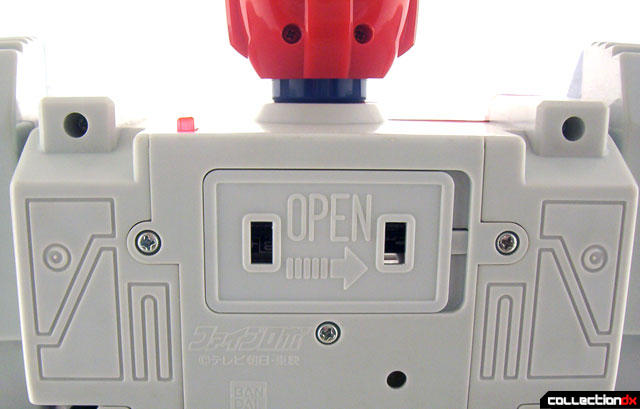 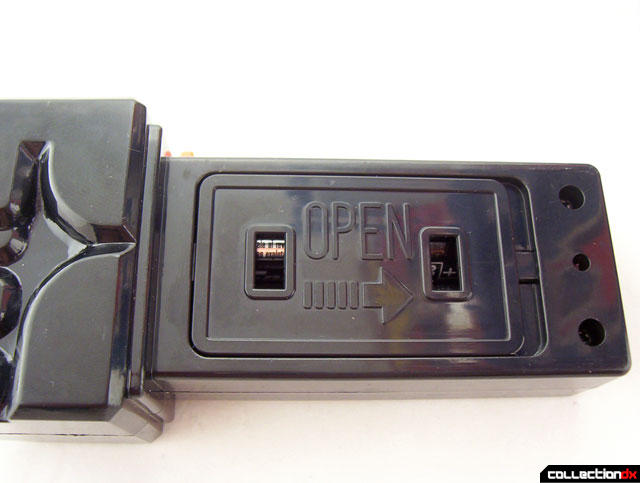 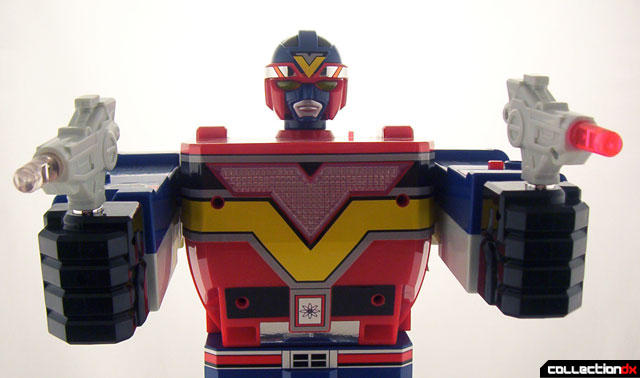 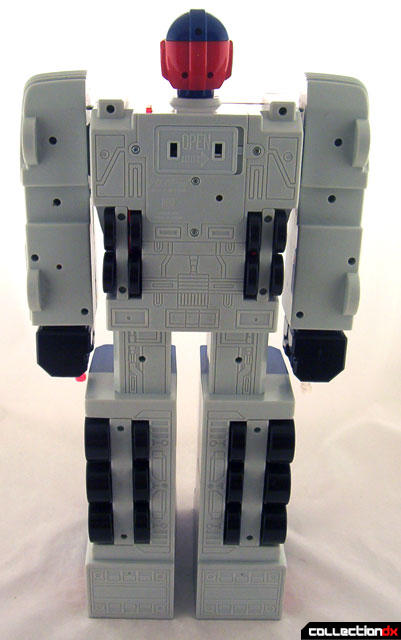 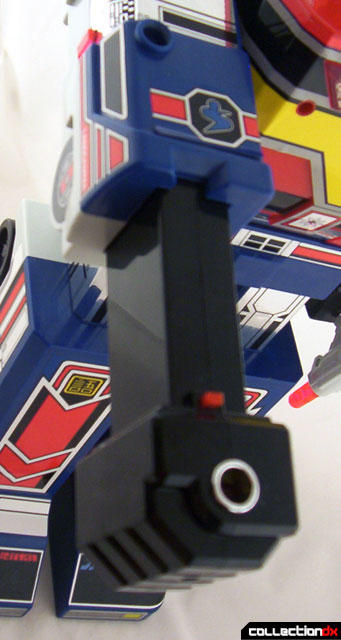 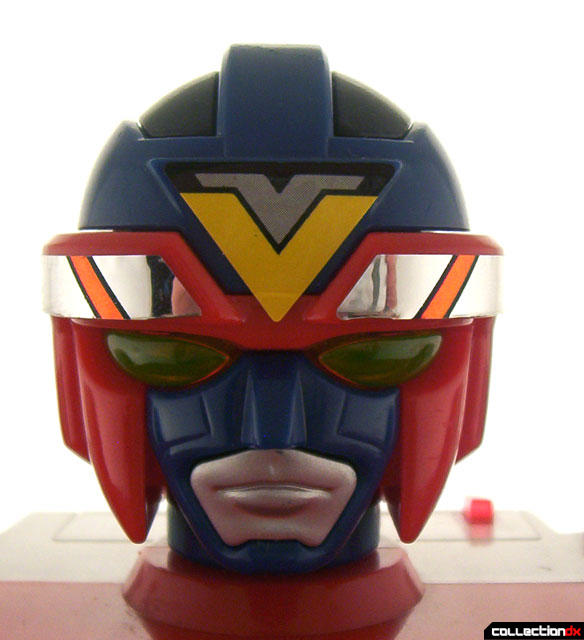 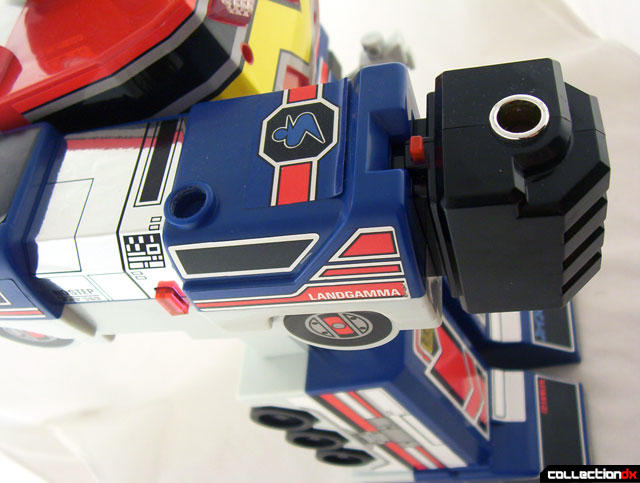 I still want a DX FiveRobo.

Yup. Now that you mention it, I do remember when we first saw that original Yahoo auction and discussed it on the old CJT BBS that someone else pointed that out as well. Good eye.

I'm thinking I may pick this guy up, given he won't require a second mortgage. But he is high on E-bay (sometimes $500), so I guess patience is the key.

There's one on Ebay now for $188 (+$60 shipping to the US) shipped to the US which isn't too bad, I guess, but I know the seller just got it on Yahoo a few weeks back for about $75. He's been doing a lot of flipping of JMs. It's the second Five Robo he's flipped recently. There aren't any on Yahoo at this moment but I'm sure more will turn up soon.

What's this hobby coming to...?

Actually, JM flipping used to be pretty common years back. I do think it's less prevalent now though since more people know to look to Yahoo!Japan than before. Also, the rising price of JMs makes it harder and harder to turn a profit.

In comparing this to the Korean version (review forthcoming), I discovered that the head on this one DOES turn. It was just really, really tight on mine and I was afraid to break it, I guess. I'll edit the text to correct this mistake.