Brimstone is one of the cooler looking Rock Lords in my opinion, with it's deep red color scheme and evil face.

According to his collector card, Brimstone is an evil rock warrior and second in command. His body type is Brimstone, a foul smelling combination of Sulphur and rock.

From his bio "Brimstone's scheming intellect makes him a deadly foe. Brimstone is always ready to step in for Magmar and take command. Brandishing The Torcher, his flame-throwing weapon, he laughs wickedly as he charges fearlessly into battle."

The fact that this evil rock warrior is made out of Brimstone is no coincidence, as Brimstone has been associated with the Devil since biblical times. 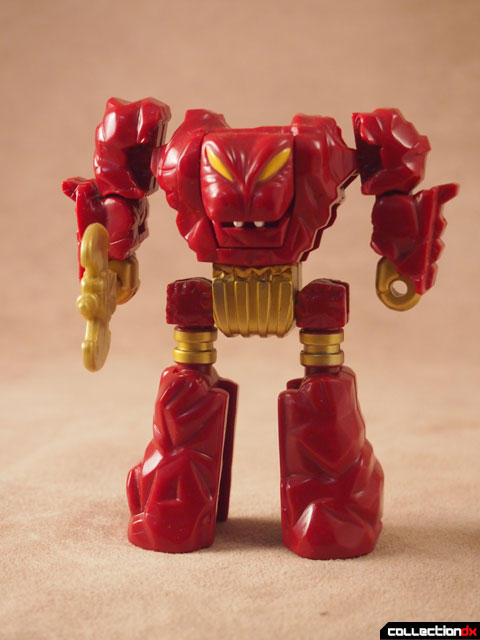 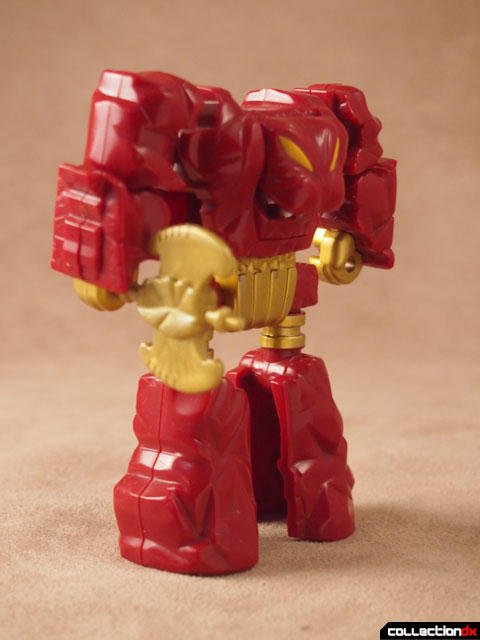 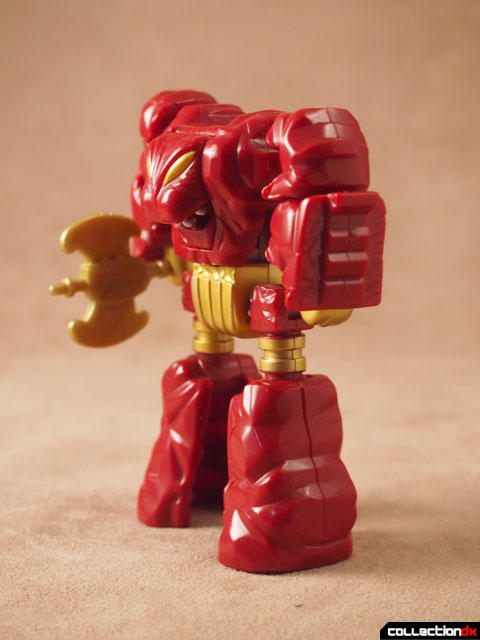 There is minor articulation, mainly the arms. 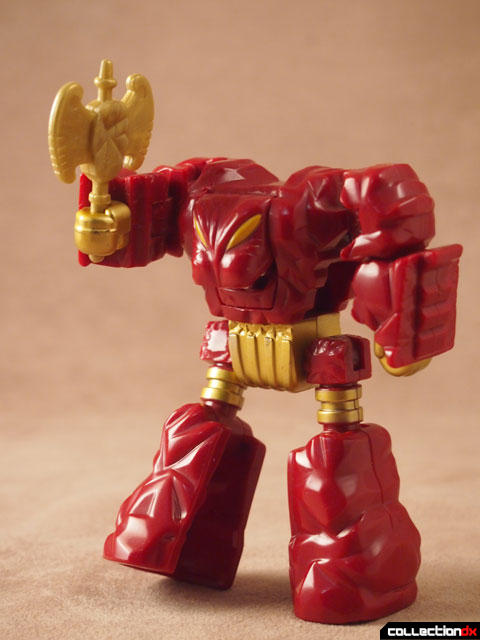 It's rock mode is unique as it's one of the few Rock Lords that you can still see its face. 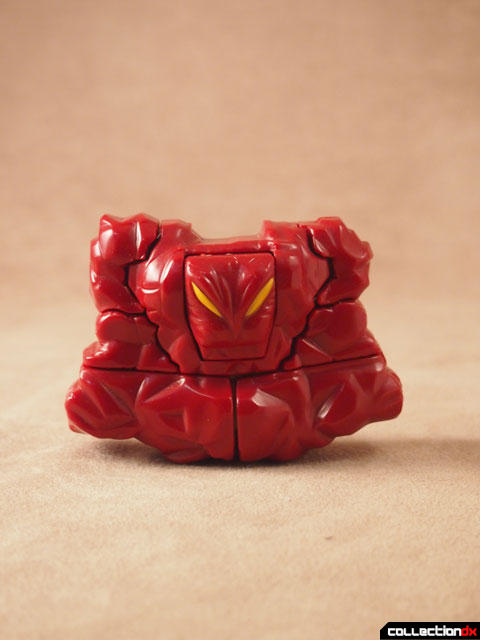 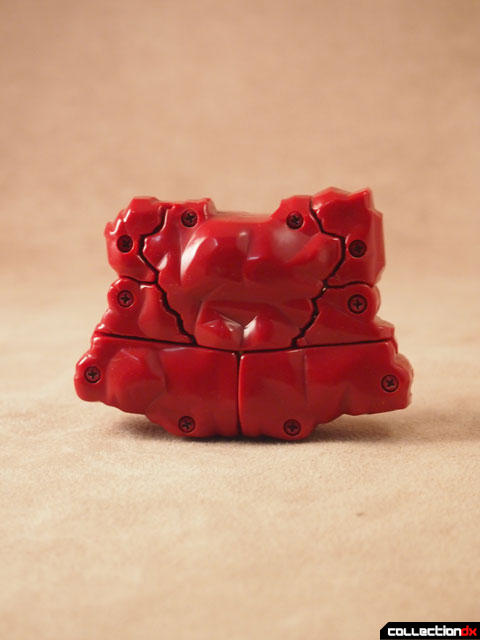 In Japan, he's known as BLOODYROCK (GR-5) and is no different from the US release.

2 comments posted
If only...

I like the idea behind Rock Lords, but wish more of the toys looked like their animated counterparts. Only one I ever had was Nuggit. The movie is still pretty good though. Maybe someday Hasbro or Bandai, maybe even a third-party will make another attempt.

Loved this guy. Funny how my Rock Lords are still in once piece but my early G1 Transformers/Gobots are either broken or missing pieces.