Here's a weird one for you.

I really have no idea what this show is about, but it looks like a mix between Mister Rogers Neighborhood and Robocon.

It seems that Magicar is the main ride of the Queen of the Witches, who somehow ends up teaching a class in school, and the kids and her go off on all sorts of wacky adventures. I'd love to see the show, if anyone has it. 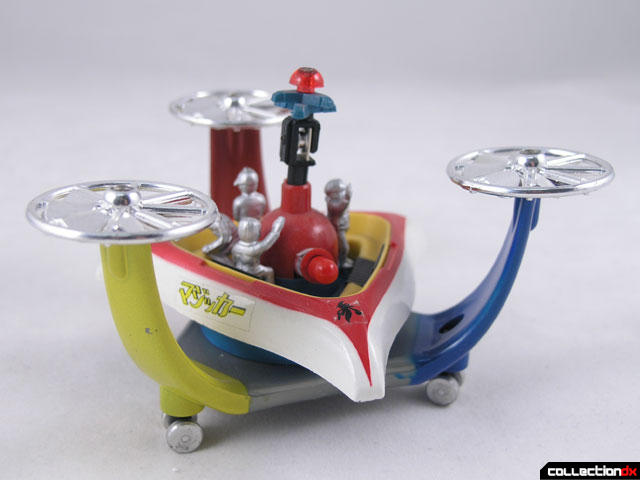 The Magicar was released in 1977 as part of the Popynica line of diecast vehicle toys. The toy consists of two main sections. 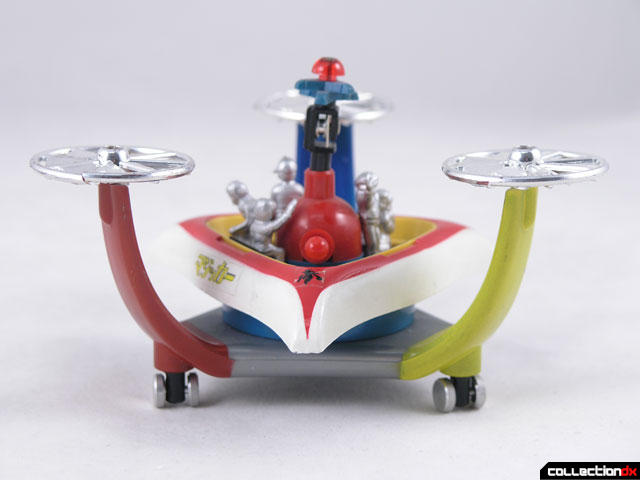 What I like about this toy is that it packs in so much play value into a tiny little funky vehicle.

The top section seats all the kids from the magic class and the bulk of it is diecast metal. 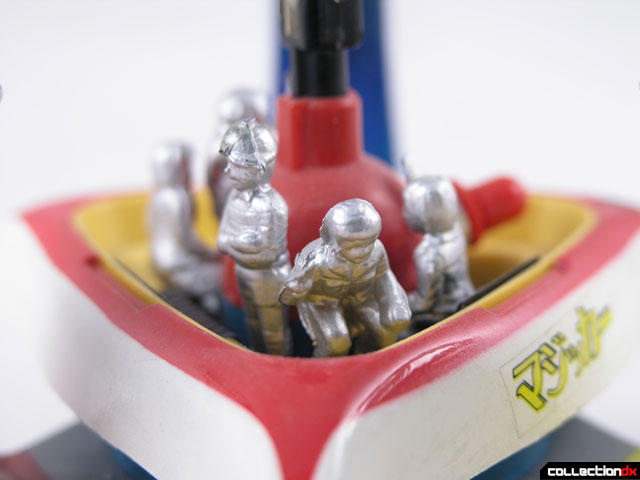 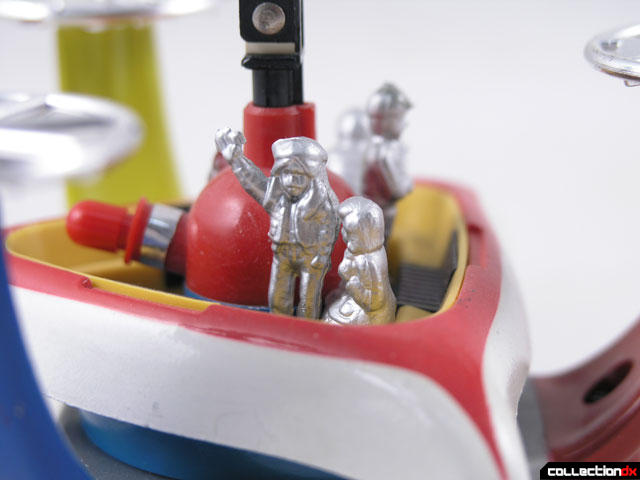 There is a small propeller in the middle, and if you push down on it, a red missile fires from the front. 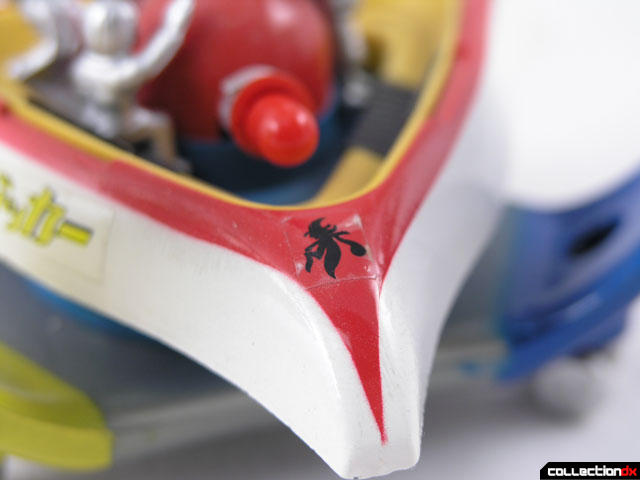 Underneath the propeller is a metal wheel. The idea is that you take the included piece of string, thread it under the wheel, and then your Magicar can zoom across the room! 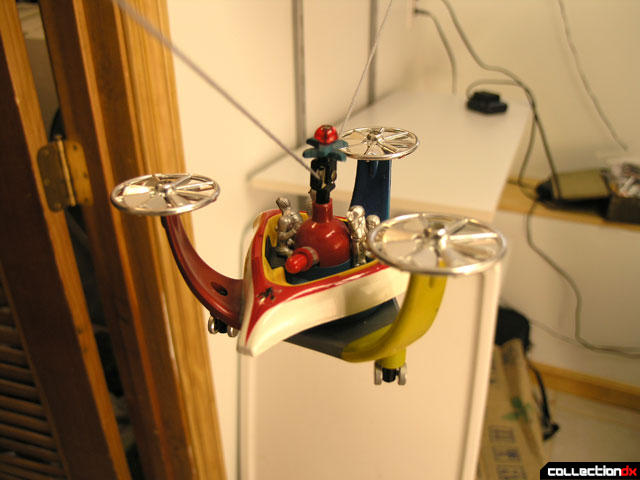 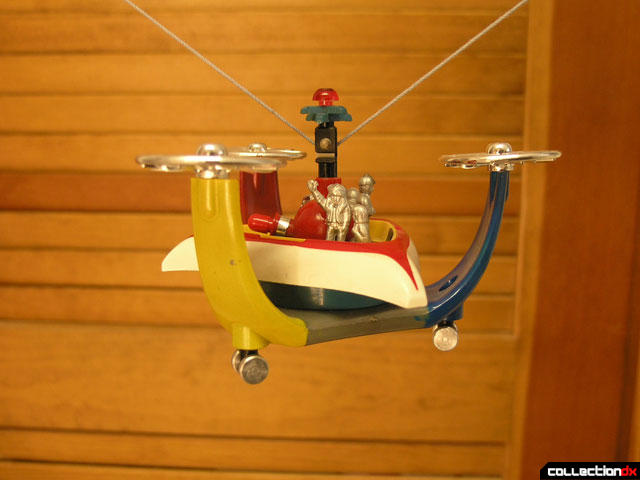 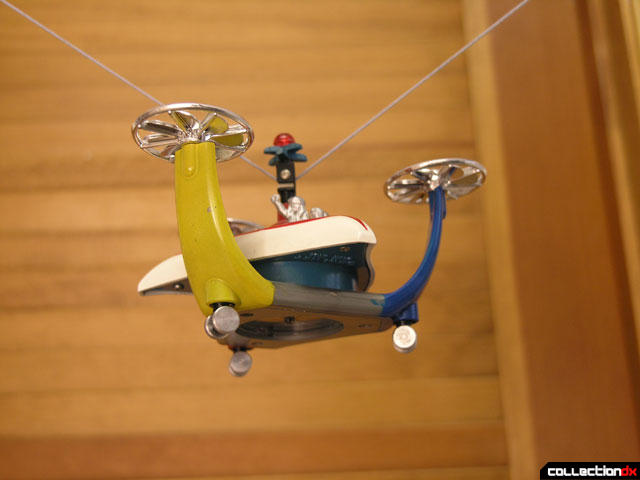 The lower part of the ship features three multi colored towers that each has metal wheels on the bottom and spinning propellers on top. Hold on to the bottom and give the top a good twist and the two halves separate. 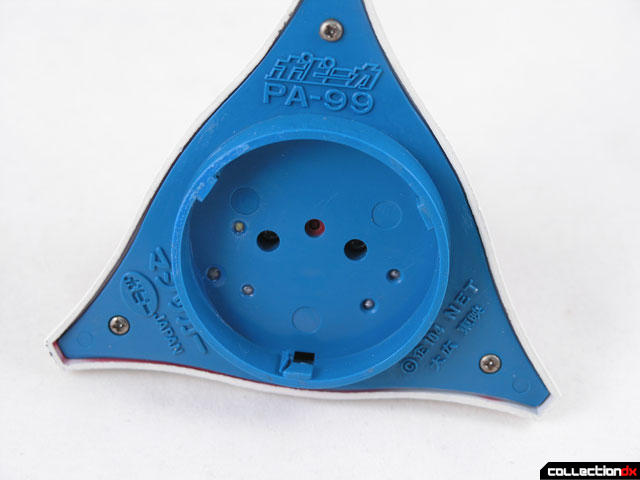 Look what's inside! A Compass! And over thirty years later, it still works great. 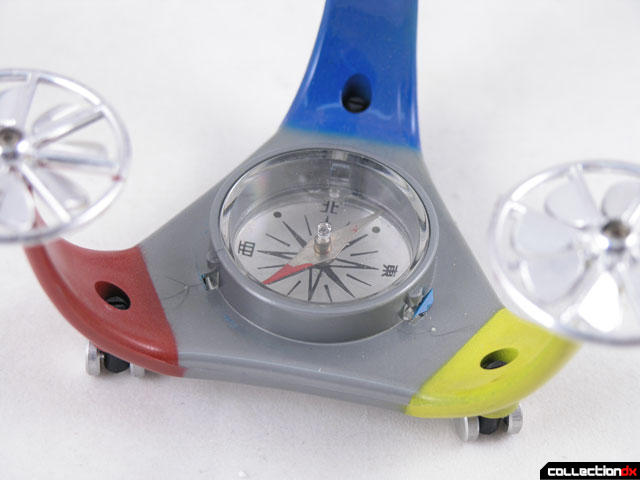 The box is typical Popy - gorgeous. The bottom has an extra special tip for the kids from the notorious Susumu Abe, a noted child educator at the time. Anyone care to translate? 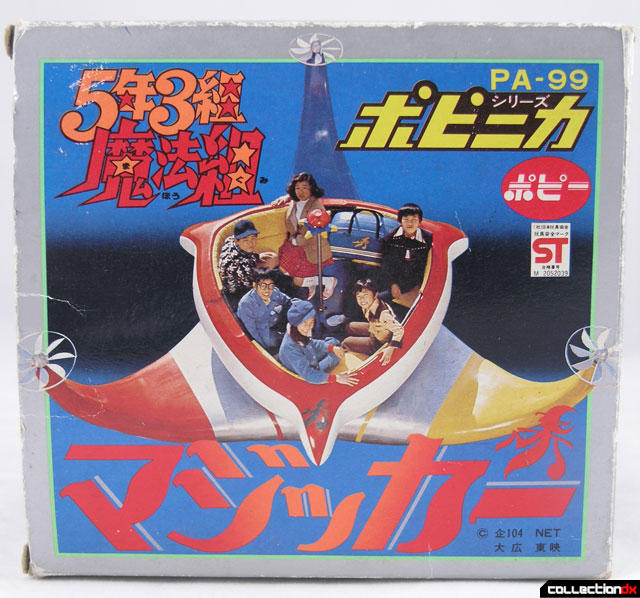 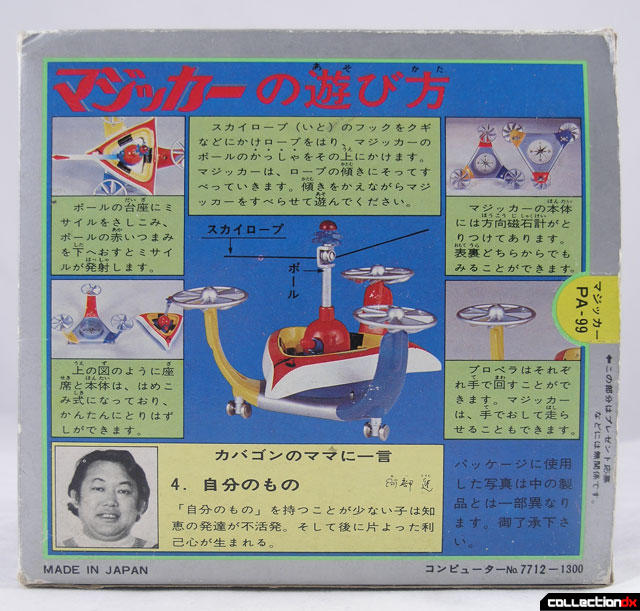 Wow it can rope crawling! Where do you find it, Josh?