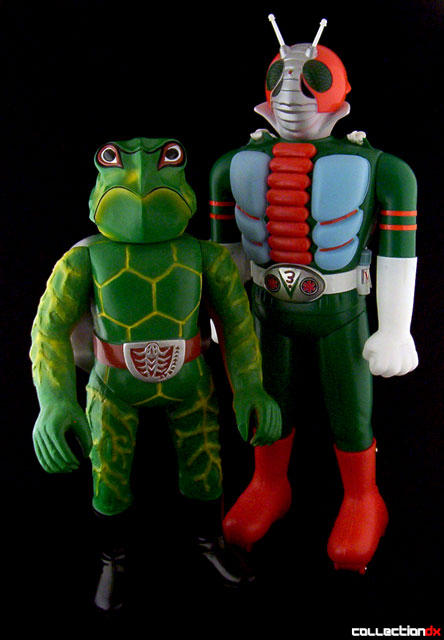 LIke all Kamen Rider V3 villains, Kame Bazooka is a cross between an animal and a man-made object. It is simply a mutated turtle with a giant bazooka on his back. "Kame" is Japanee for "Turtle", hence "Kame Bazooka" = "Turtle Bazooka". Simple enough. In the show, Kame Bazooka actually had a hydrogan bomb implanted in his body with the goal of destroying Tokyo, as well as a body augmented with a special protective alloy. 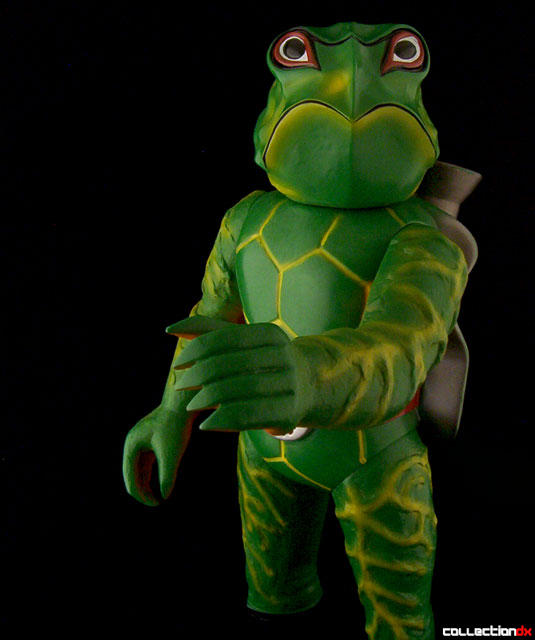 One of the first things I noticed about this toy when I got it was that the bazooka on his back is actually two separately mold pieces. I'd never seen the toy in person before and always assumed it was one solid piece. The top part turns but it honestly doesn't look any different no matter how it's positioned so it really makes no difference. If you count this as articulation, then the toy is articulated in six places. (Here, the neck, the shoulders and hips.) As with all the first series villains, Kame Bazooka was originally intended as just a store display and as such, really doesn't do anything other than look good. 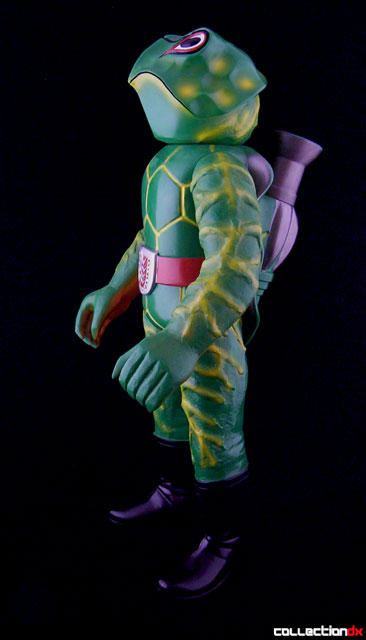 Another minor point that is not always obvious is how much orange is on the bottom of his arms. You don't often see too many pictures of him with his arms raised so it may go unnoticed to the casual fan. 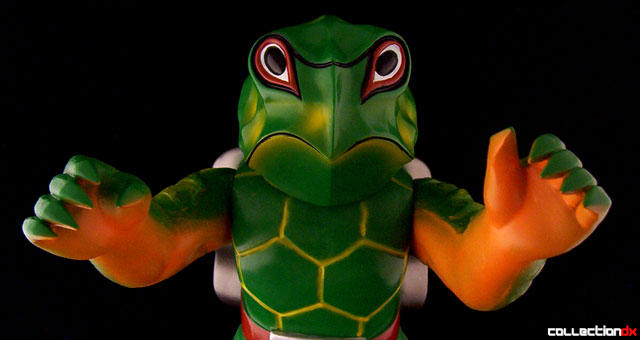 Once again, name and copyright information is etched into the bottom of the feet. I can't read all the kanji, but the right foot says "Popy" and "Ishinomori Productions", something I can't read, and then "Toei Company", while the left says "Kamen Rider V3 versus Destron "Mystery Man" (?) Kame Bazooka". 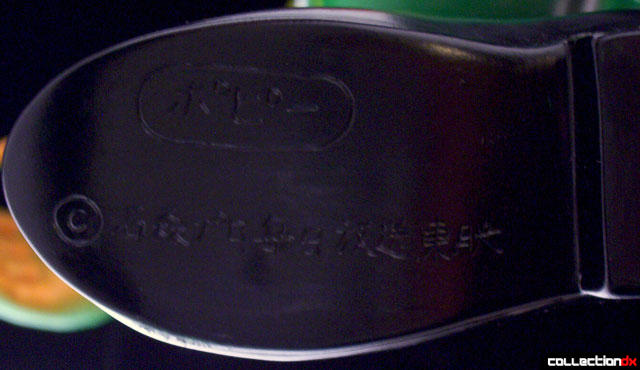 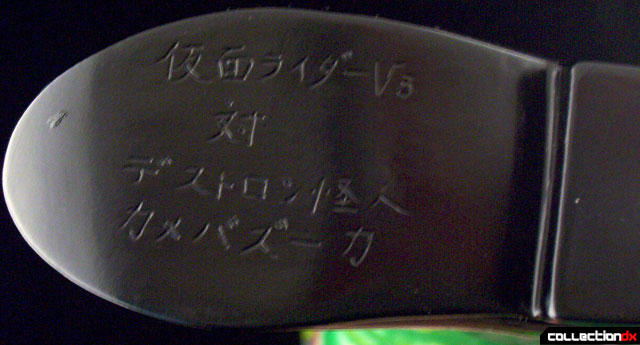 Kame Bazooka is 20" tall and comes in a deeper box than most Jumbos due to the size of the bazooka on his back. Note the difference in depth between his box and that of Kingdan X10. 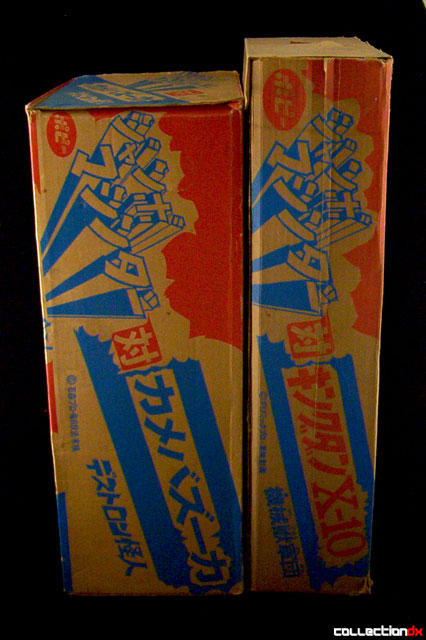 This is a real pain if you like to display your Jumbos with the toy in front of the box like I do. Very often you'll find you simply don't have the room to do it, or it will make the display look inconsistent. Currently I can't even display this with my other villains because of the box.

Kame Bazooka is standard first series villain size, measuring in at 20" tall. Some do not like this toy because it is not a robot, but it is one of my favorite Jumbos. The green color really stands out and the subtle, but threatening claws, pointed eyes and shiny boots give it an "all business" look that really appeals to me. This is one of the easier Jumbo villains to get, maybe the easiest. It usually shows up several times a year, but rarely with the box, and often with a cracked head or some other such imperfection. 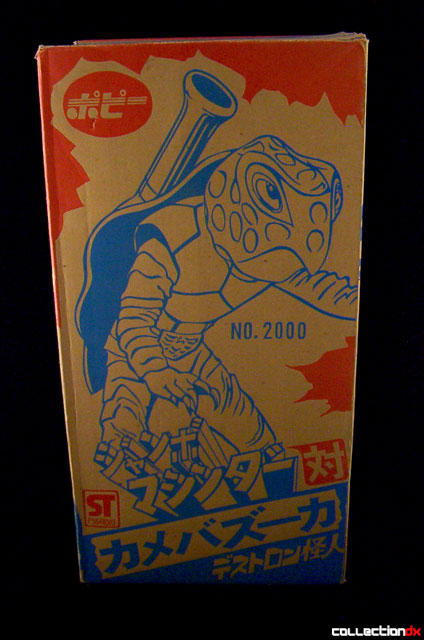 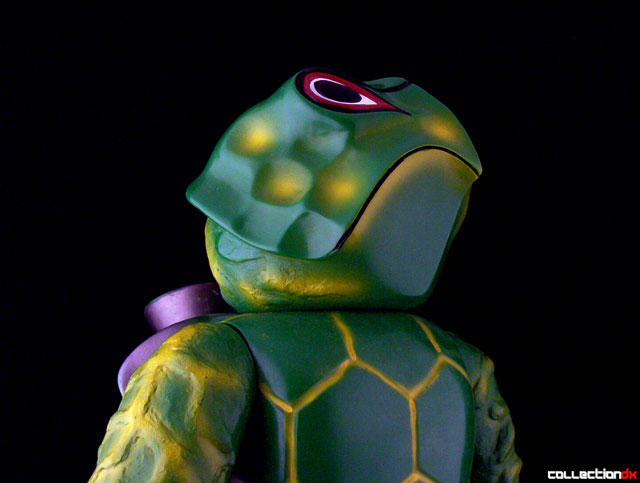 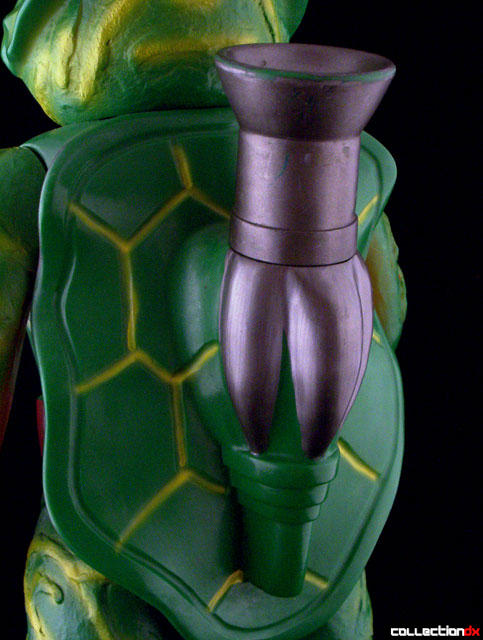 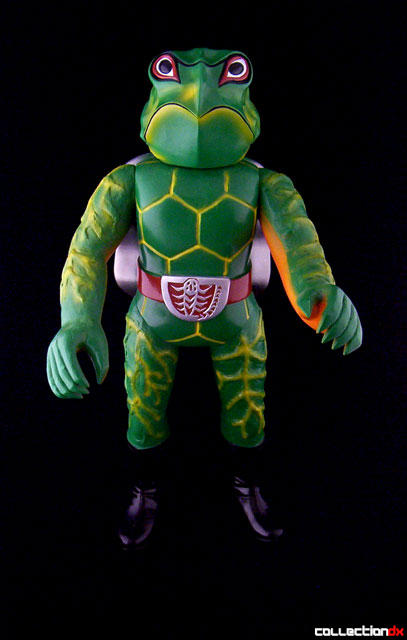 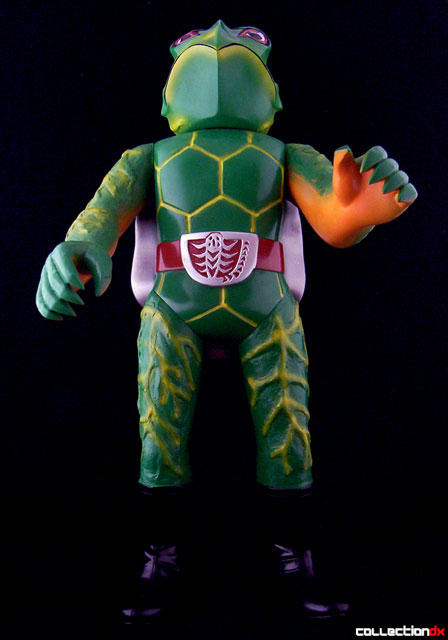 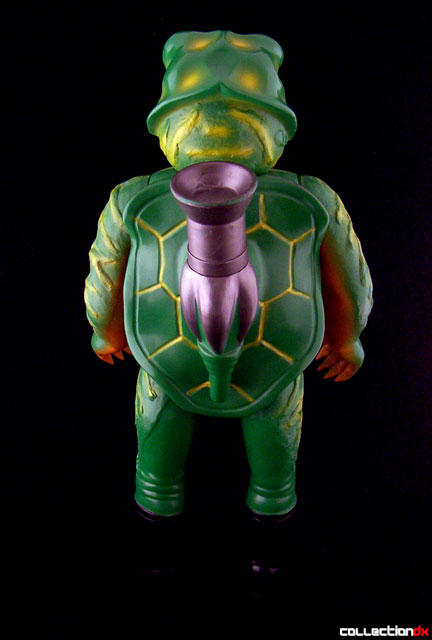 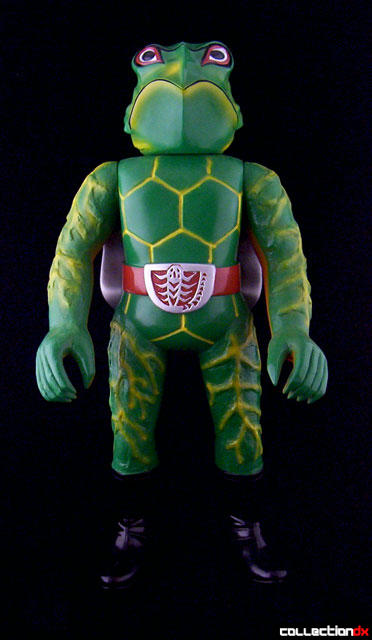 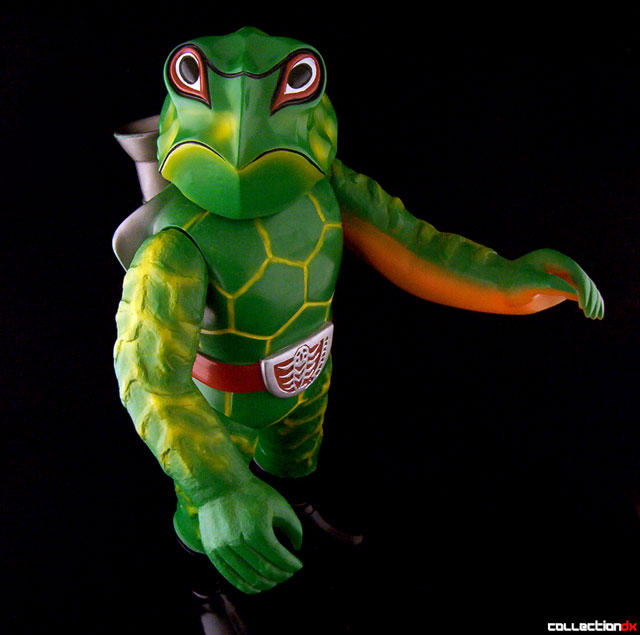 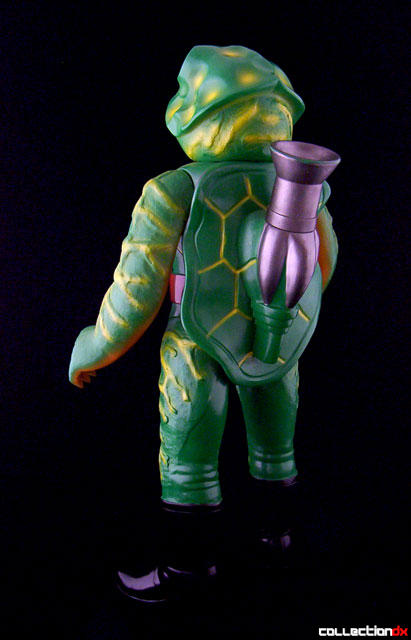 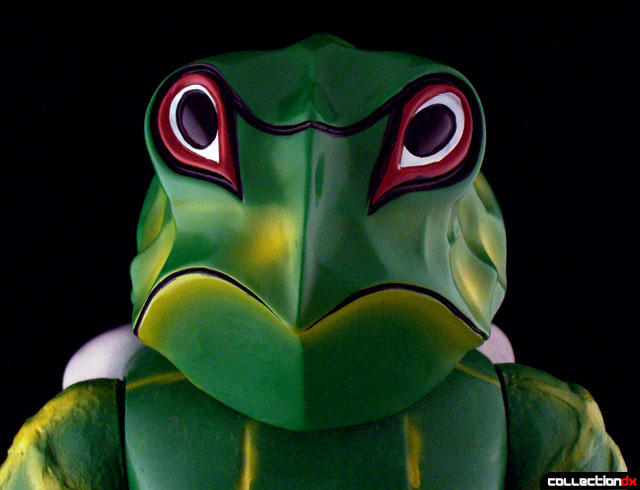 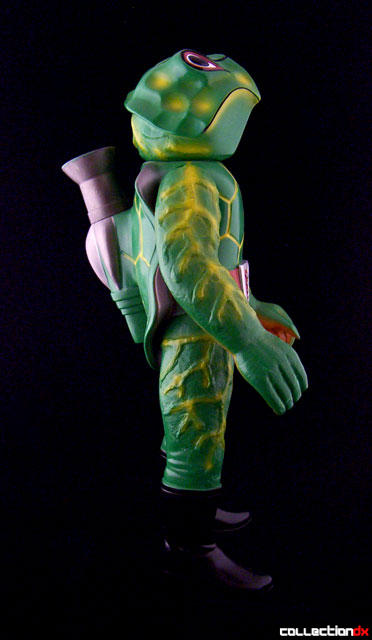 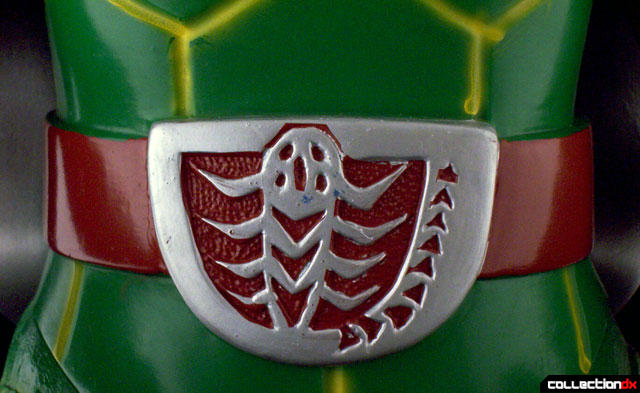 Hi Dave, just thought this was interesting, kame bazooka is my favorite villian so I was googling pictures and found this picture http://i164.photobucket.com/albums/u29/tiger7ven/000_0475.jpg (not sure how to link photos in the comments and this is not my photo) its a kame with yellow underarms. So I was wondering did they make two production runs or just decided to change it( I also noticed in some screenshots from the live action show he had orange accents alot on his suit but in one or two photos he had yellow accents)

Nice catch. I actually know the guy who owns that one and I checked some of my old pictures and there's definitely a variation. I certainly have no insight into whether it was done to replicate the show or if it's just a coincidence, though.

Yea I just thought it was interesting. I'm new to jumbo machinder collecting, so trying to learn as much as possible about these amazing toy.