"Ripped from Rebellion's award winning comic is Mega-City One's most notorious Street Judge, Judge Dredd. Some time in the near future Mega City One is part of what is left of a dystopian society and the law is upheld by Judges. Charged with the authority to act as judge, jury and executioner Street Judges are on the front line of maintaining order in a post apocalyptic world.

Working closely with Rebellion and comic book artist Ben Willsher to design the most accurate figure possible based on the characters current look the One:12 Collective has crafted a finely detailed figure with some truly amazing features. The Judge Dredd figure has a comic accurate, digitally sculpted likeness, a specially silkscreened spandex uniform with a real working zipper to create a realism at this scale not seen before and numerous accessories as well as interchangeable parts. "

The One:12 Collective Judge Dredd features:

- Equipment belt with working compartments for grenades and ammo magazine

- Boots with holster and knife sheath

- One set of fists

Each figure is packaged in a deluxe, fifth panel window box with translucent acetate slipcover. Designed for collector convenience, the packaging allows for both maximum protection as well as ease of removal for display. Judge Dredd brings law to stores in 2015 and is available for pre-order at http://www.mezcotoyz.com/brands/one-12-collective/ 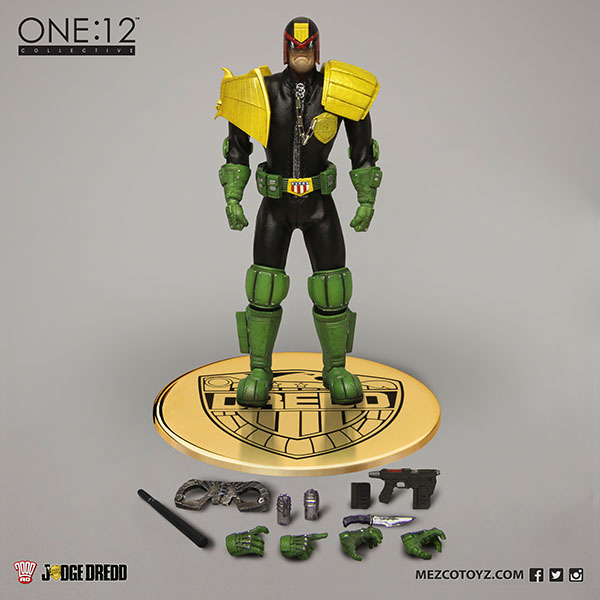 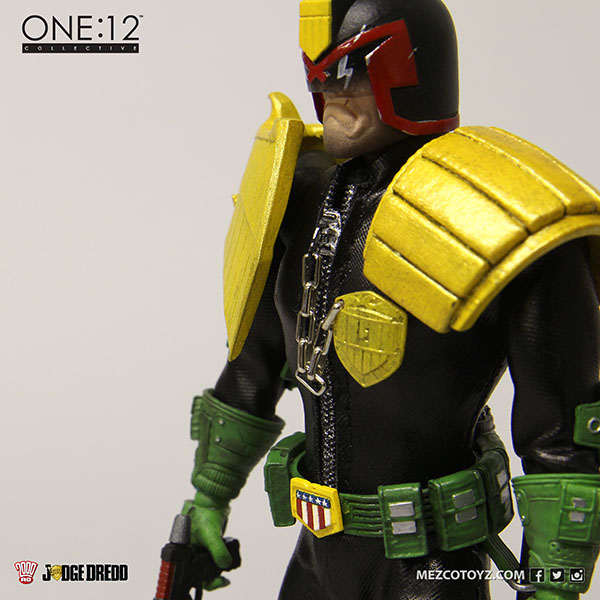 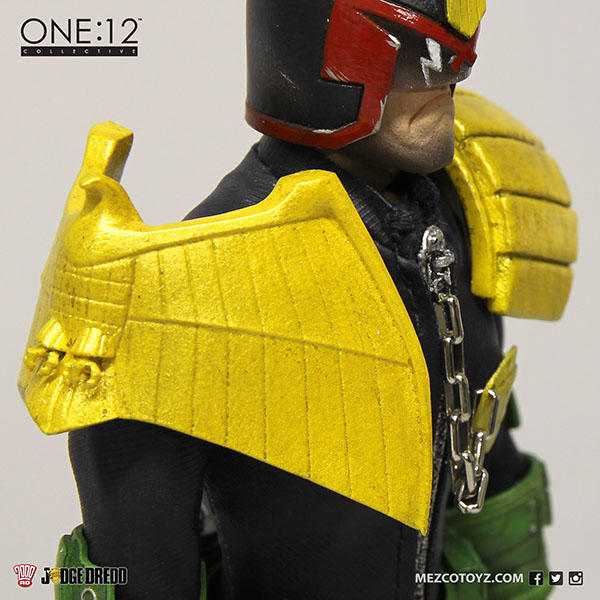 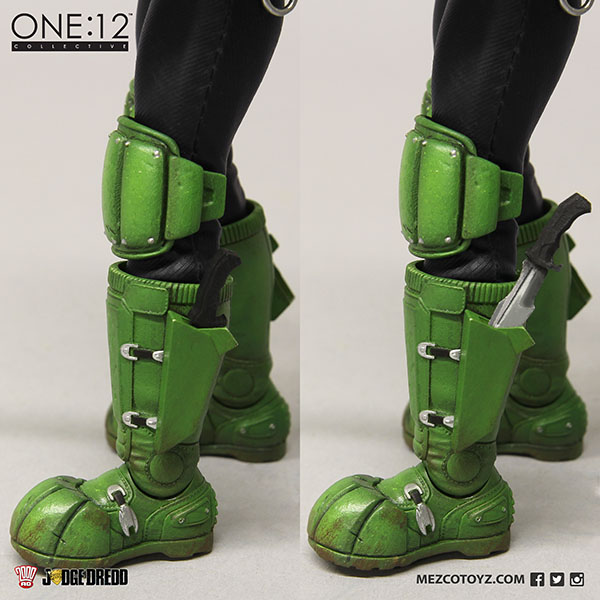 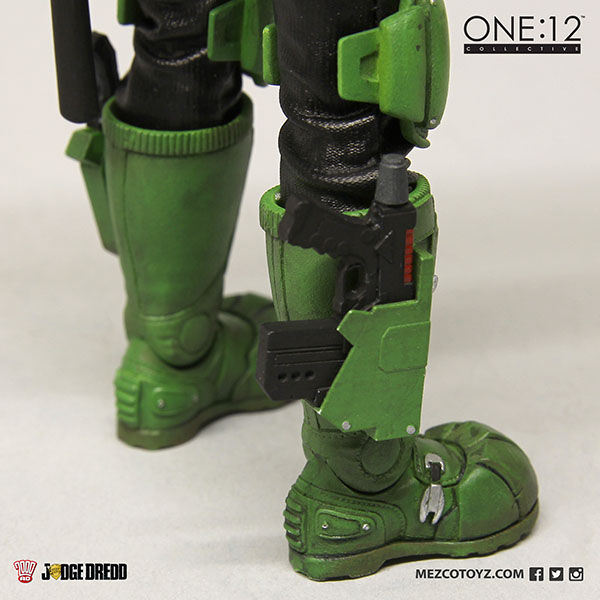 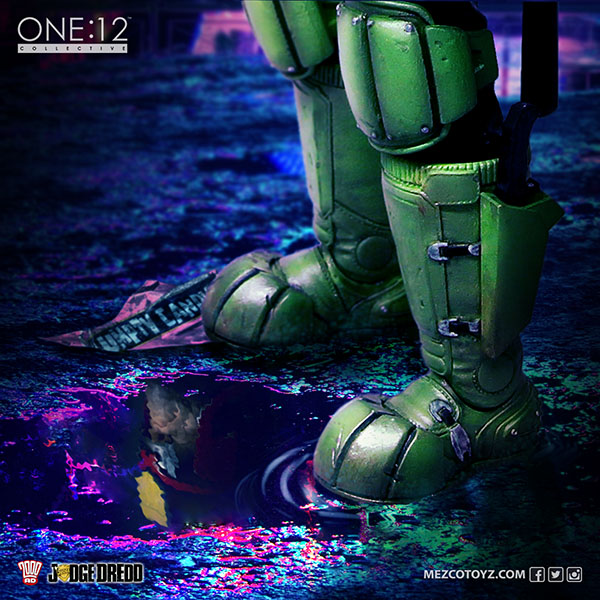 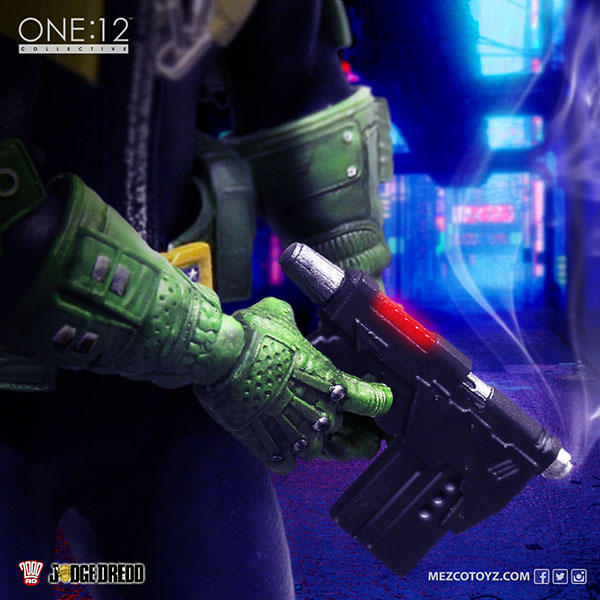 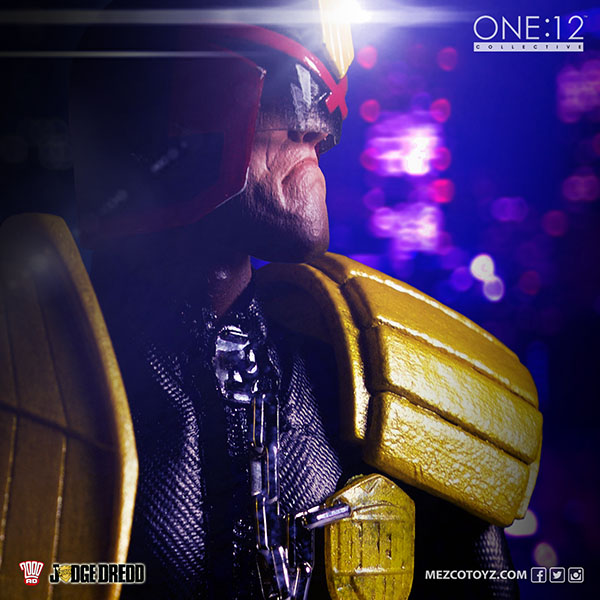 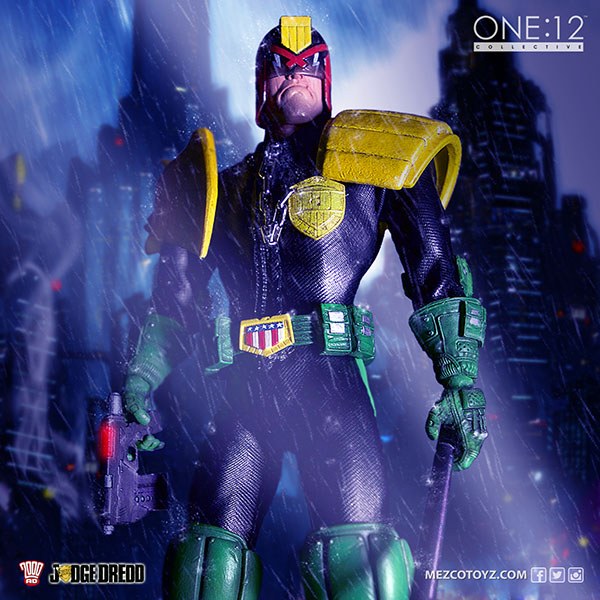 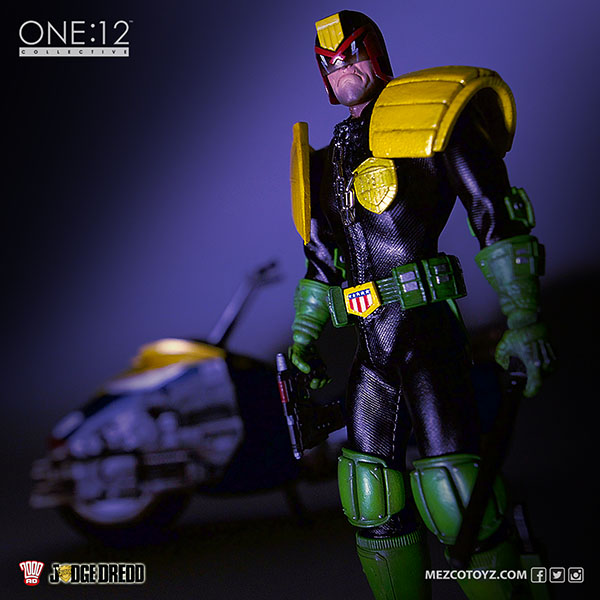