Alone, in a serene graveyard across the river from the Darkroot Garden, a giant wolf guards the grave of Artorias the Abyswalker to prevent others from meeting the same fate as his former master. Clutching the Greatsword of Artorias in his mouth, Sif is ready to battle.

First 4 Figures is proud to present The Great Grey Wolf, Sif. A giant noble wolf from FromSoftware’s stunning action role-playing game: 'Dark Souls'. Dark Souls takes place in the fictional kingdom of Lordran. Players assume the role of a cursed undead character who begins a pilgrimage out of the Undead Asylum to discover the fate of the Undead.

Sif stands at 25 inches tall from the top of his hair to the base, making for a simply stunning display centerpiece for any Dark Souls fan.

This is the second statue in First 4 Figures’ Dark Souls line. The first one in the line is Artorias the Abysswalker. 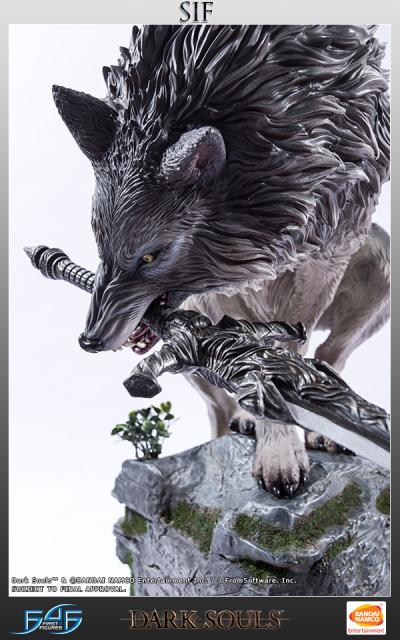 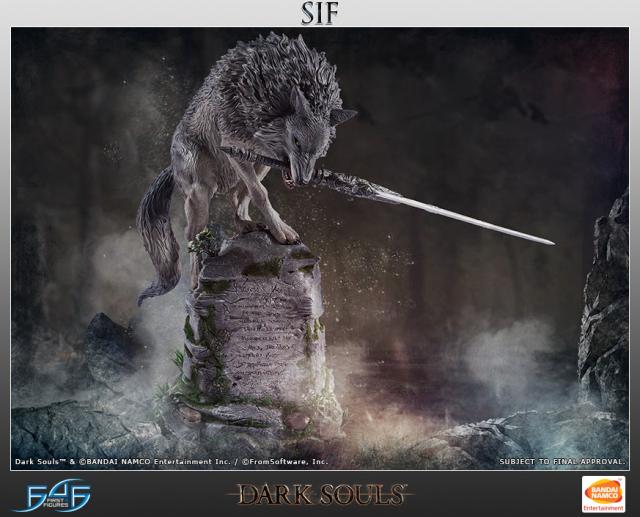 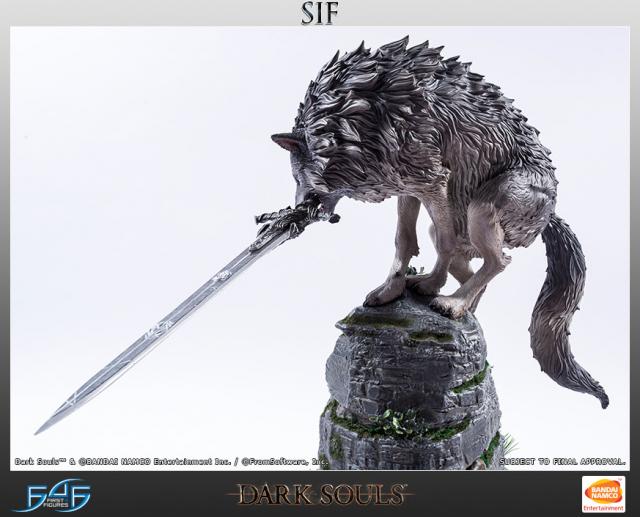