Starscream was provied by BigBadToyStore!

Starscream is the villainous second-in-command of the evil Decepticons! The third season of Transformers Prime, called Beast Hunters, sees him being challenged for power by Shockwave. Since the show is based around the concept of primal-ness, he has been redesigned to look more fierce and spikey.

For a complete look at this guy, check out the VIDEO REVIEW! 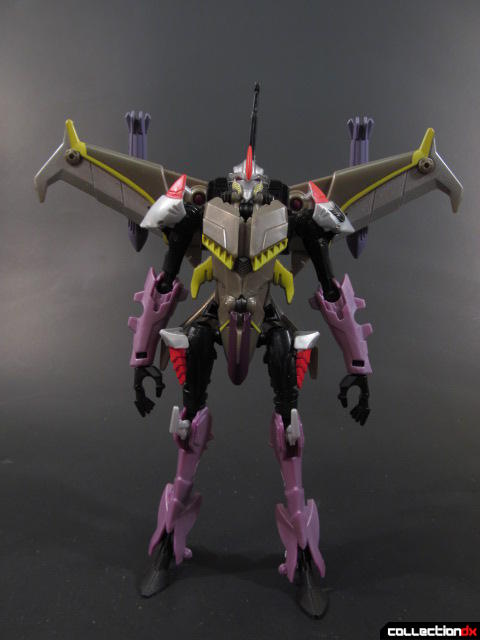 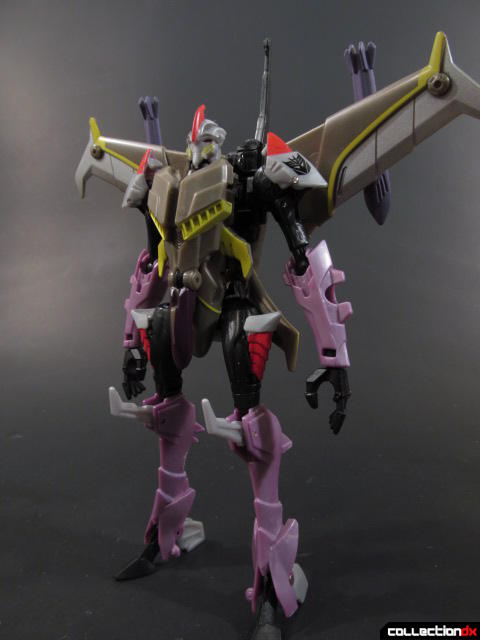 Overall, the robot mode is slick and slim just like his model in the show. He has some added spikes and things to make him fit in with the rest of the line, and I kind of dig that! I really love loud colors, so I'm right at home with the neon yellow and purple forearms and shins. 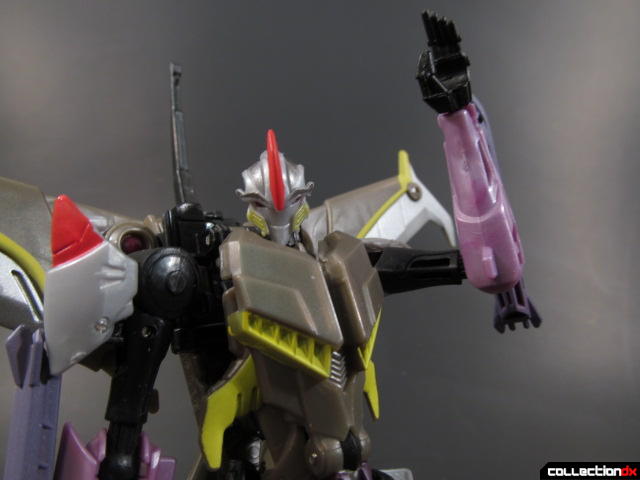 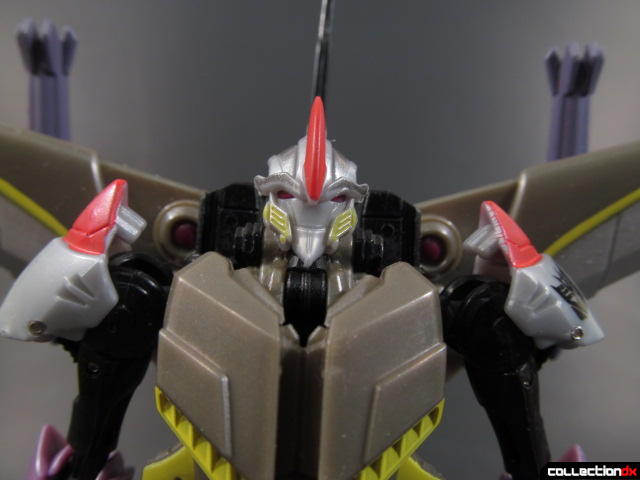 The sculpting on this guy is excellent, too. I cannot find any faults here at all. He's appropriately lanky and still maintains his regal stature even though he is covered in spikes. I also really like the fact that he is virtually kibble-less. He's incredibly slim. 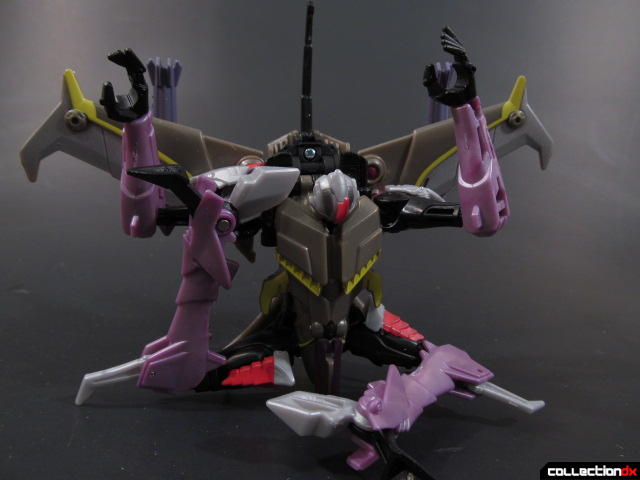 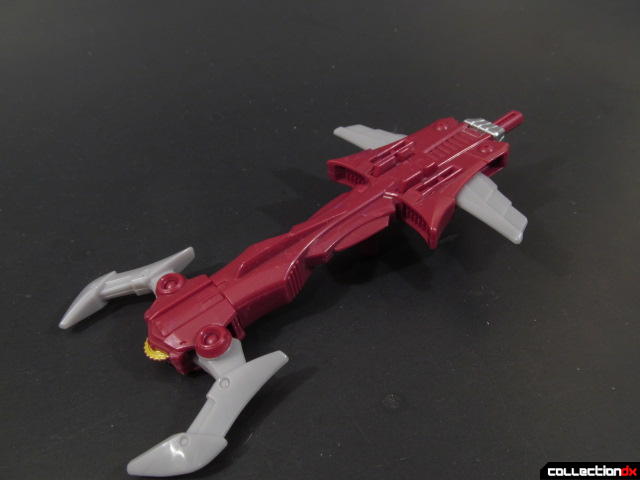 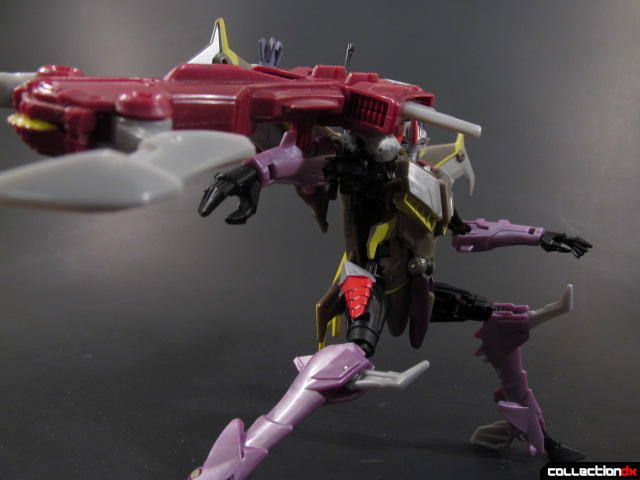 Starscream has decent articulation, especially for a Transformer. He also has an awesome MechTech weapon. It's a grabbing thing that closes when you press the buttons. It reminds me of a bug's mandible, especially when the weapon is plugged into the back of the jet mode. 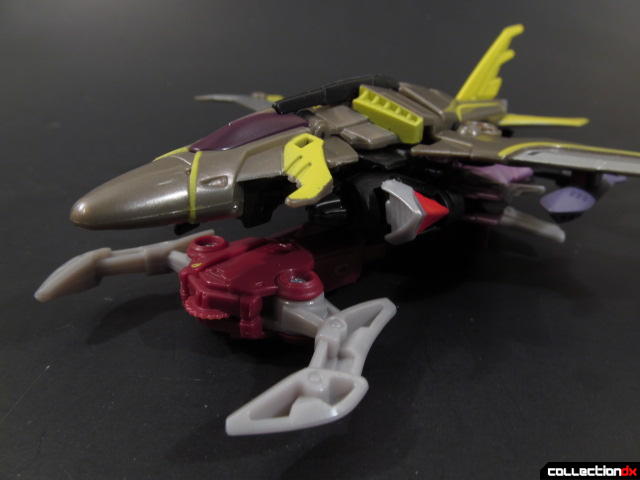 Speaking of which, the jet mode looks GREAT! It's so sleek and cool-looking. I can totally imagine this guy soaring through the skies and bombing anything that looks like an Autobot. Just as in robot mode, I cannot find any faults here. 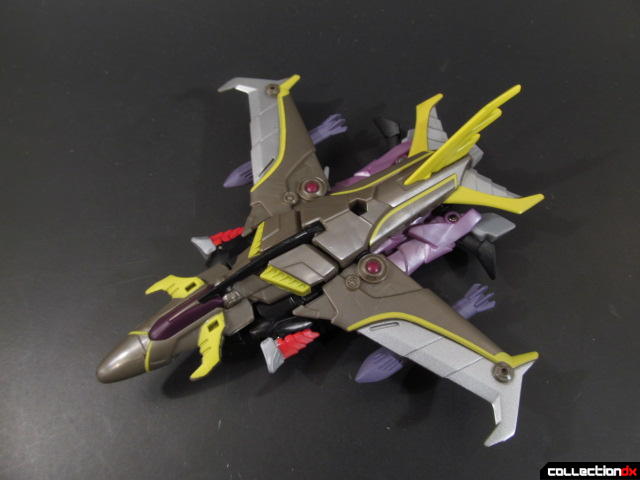 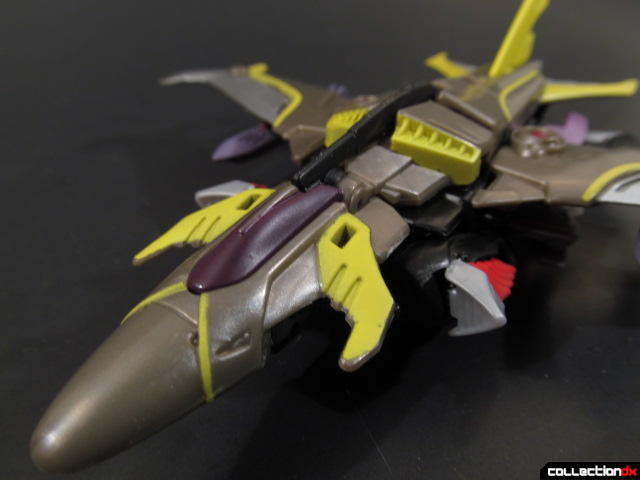 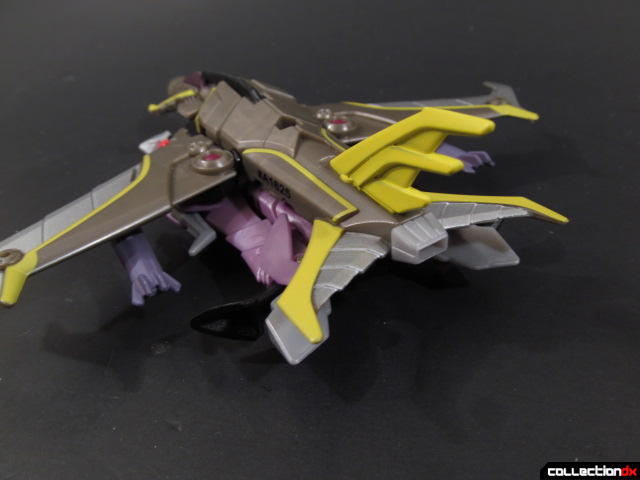 If you're waiting for a decent Starscream to come along before adding one to your collection, wait no longer. This is an excellent toy, and any Transformers fan should give him a look. I HIGHLY recommend him! 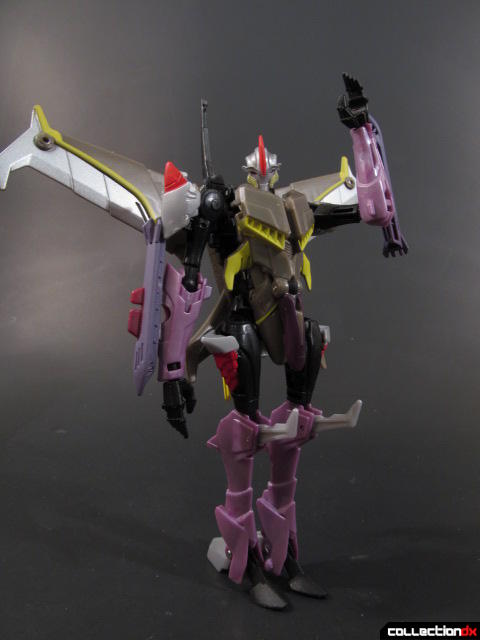 3 comments posted
That looks much better than I

That looks much better than I originally though.

I own this figure its a good sculpt and design I will say the first edition and RID voyager starscream still blow it out 0f the water. I think it also suffers from being too small and if it was a larger figure its would be so much nicer. Ive seen the new go lines repaint and Im very tempted to buy that one too they used more simple classic colors and they look so much better.

The RiD and Voyager class versions of Prime Starscream are really the best iterations of the character. I appreciate what they were going for with the design of this figure, but it just doesn't match up to the two versions mentioned.