This is the second toy from this line that I've managed to acquire recently. I'm not a big fan of any of them, but I got them all in trade for stuff I would have been just as happy to throw away. The Mummy stands just shy of 10" tall and is articulated at the waist, shoulders, neck, ankles and wrists. Made entirely out of soft vinyl, the sculpt and paint job can be described as crude at best. 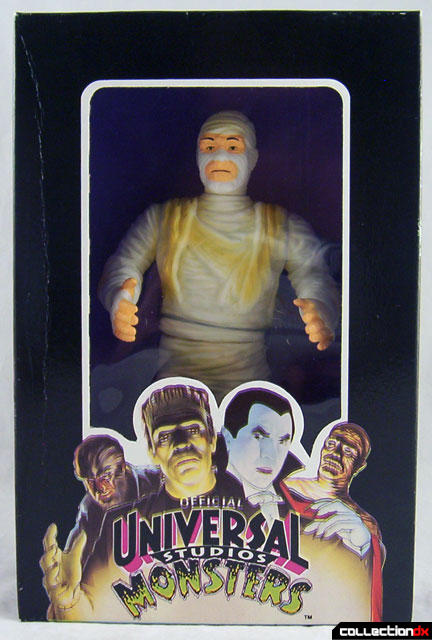 The seam along the waist joint is really ugly, as you can see. It doesn't line up well and you can see daylight along the edges. The sculpt of the face is particularly bad. I know the Mummy is thousands of years old, but here he looks like he's taken his dentures out. 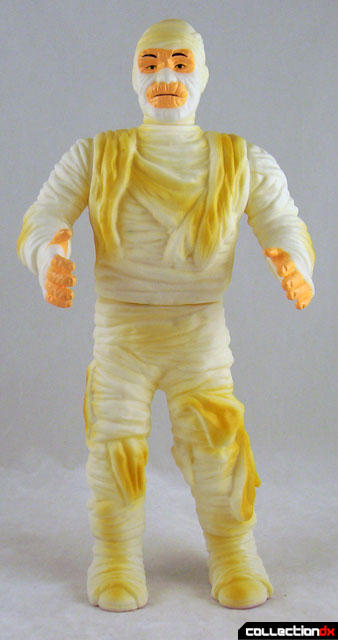 And being thousands of years old, you would think his wrappings would no longer be pure white. The paint application must be to show it's age, but honestly it just looks like someone spilled a cup of coffee on it. On top of that, the purple of the cardboard insert has rubbed off on several areas, like the back and the feet. 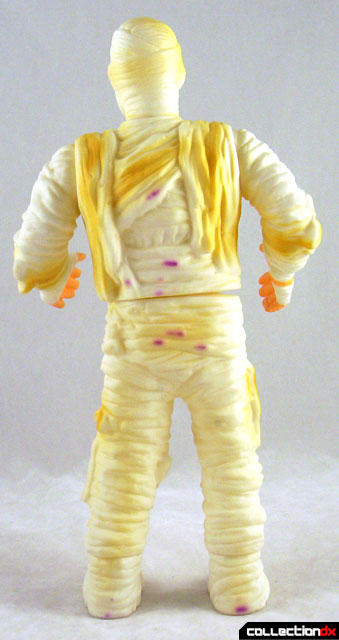 The box is different from the Dracula and Frankenstein that I have. The printing on the side is dual-layered. It looks almost as though it is meant to be in 3D.

You can see at a glance why this line was not a success. It just looks like there was no love put into making them. I don't mind having them as a way to expand my monster collection, but as I said, I got them for basically nothing. Because they're not worth much more than that. 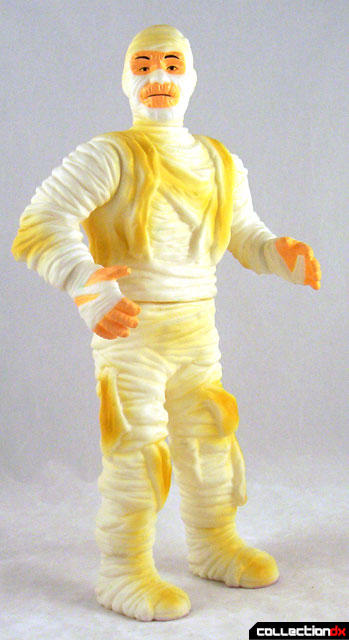 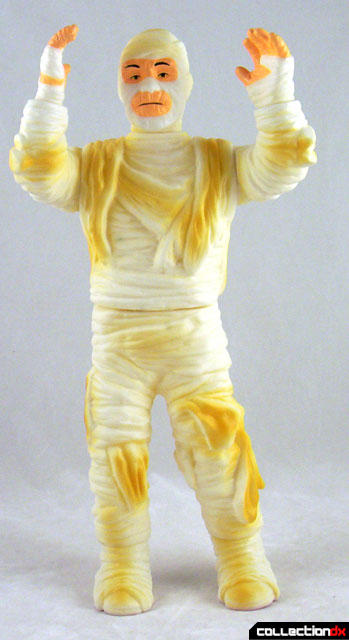