1991 was the 60th anniversary of two of Universal Studios most famous monster characters, Dracula and Frankenstein. To celebrate the occasion, Placo Toys released both characters (as well as The Mummy and The Wolf Man) in 10" soft vinyl renditions. Plans were made to release The Creature from the Black Lagoon and Bride of Frankenstein if this first series sold well, but apparently, it did not because those figures never came to fruition.

It's kind of easy to see why these did not go over so well. Frankly, these figures are just "ok" at best. They tend to bear only a broad sort of resemblance to the characters they are based on. Dracula in particular not only does not look at all like Bela Lugosi, he really doesn't even look that much like a vampire. Outside of the pointed ears, there's not much to differentiate him from the average Joe who walks around in a tux and a cape. 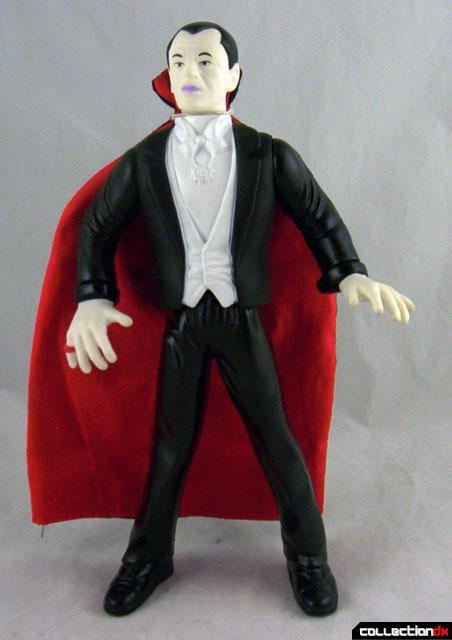 At least, that's true of my version. Evidently, this toy came in two versions. Mine is the "60th Anniversary Limited Edition". The regular version has fangs protruding from the mouth, red eyes and slanted eyebrows. Much more menacing!! It also has a different box featuring some flying bats in the top right corner and the other potential monster releases in the artwork. A much better presentation overall. The back of the box has some pretty cool artwork at least. 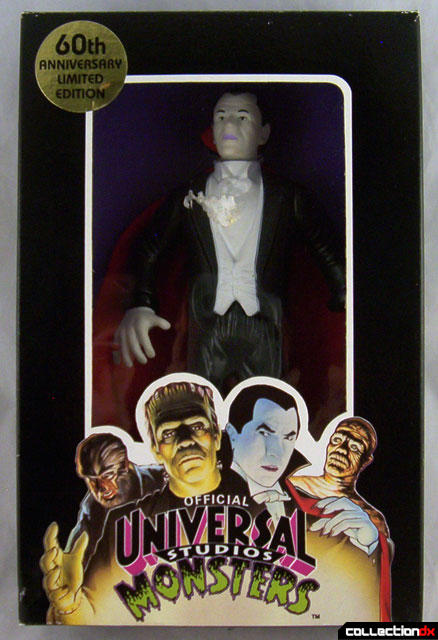 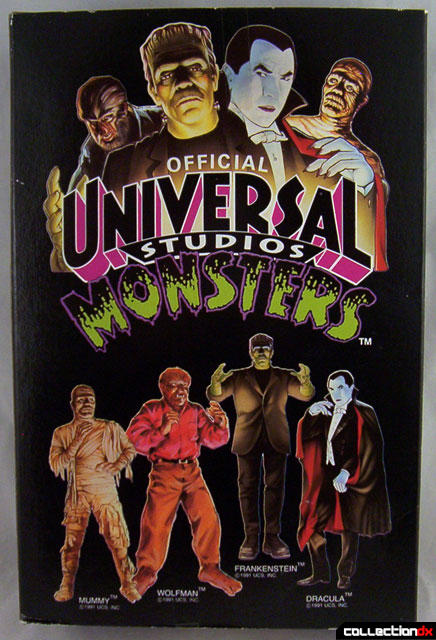 Dracula has 6 points of articulation. You can turn his head, waist and wrists as well as raising and lowering his arms. I guess this toy would look ok within a much larger monster display, but overall the lack of attention to detail on it dooms it to mediocrity. 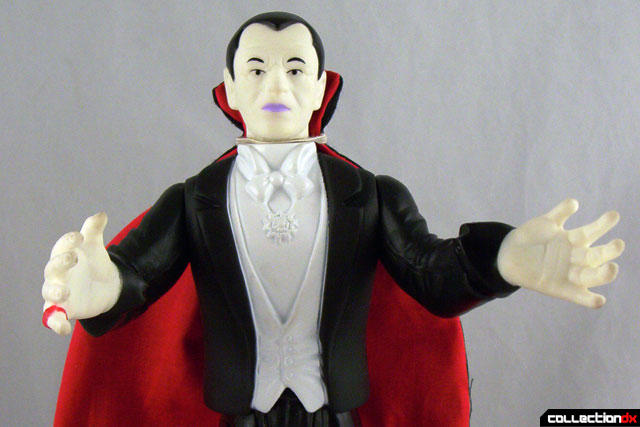 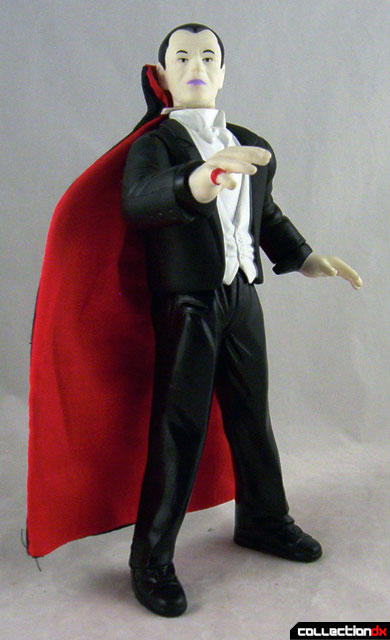 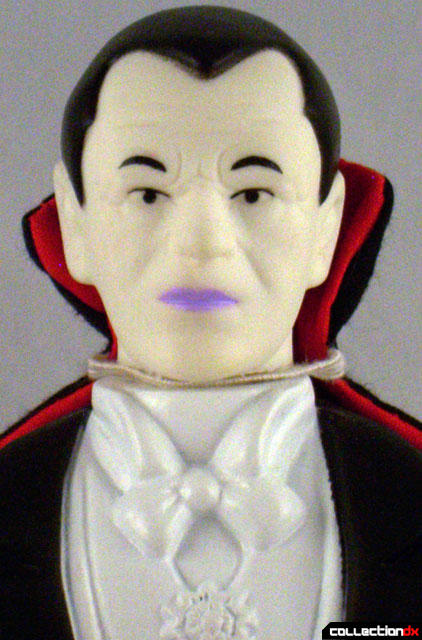 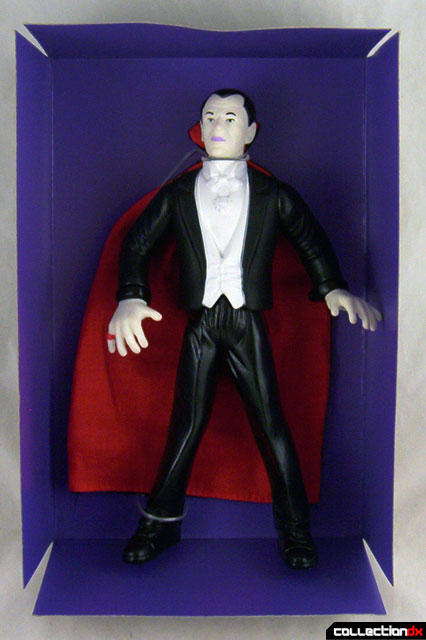 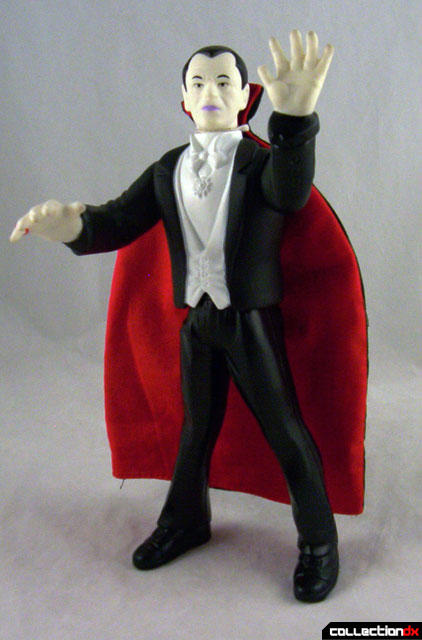 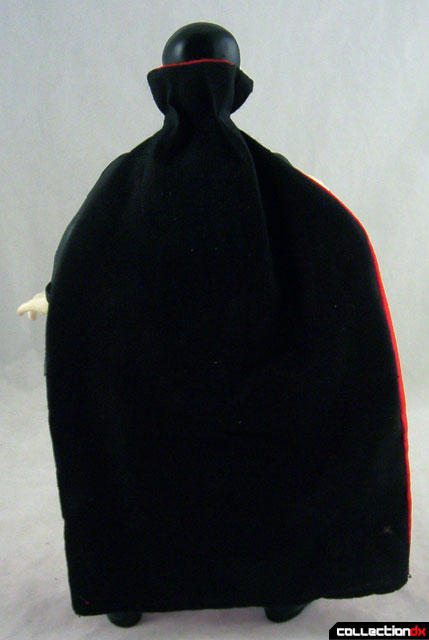