I always have a problem admitting that I like SD figures. I can't stand SD Gundam but I love SD super robots. Which is why I have a whole army of them now. So whether I can admit it or not, the evidence will show that I have an SD addiction. However, this is my first non-gokin SD Super Robot. Let's see if it can hang with my crew.

The figure comes in a nice white/black/red box with simple graphics. The left side of the box has a small cut-out where the figure can be seen taking up about 1/3 of the available space inside. The rear just shows off some stock photos of the figure. 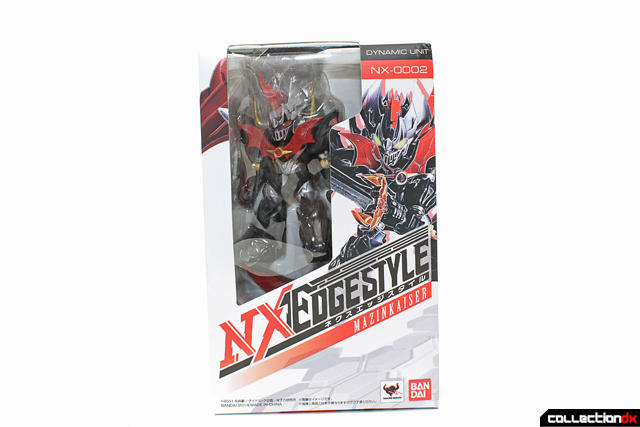 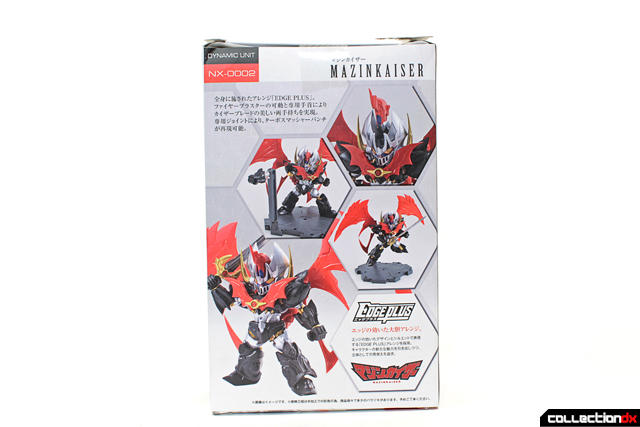 Out of the box, the figure only requires attachment of the wing set. the posts on the main wings must be carefully plugged in to avoid bending them. They insert at an offset angle which makes it easy to bend them. So carefully check angle before pushing them in. Once everything is good to go, you are left with a very nice looking SD Mazinkaiser. 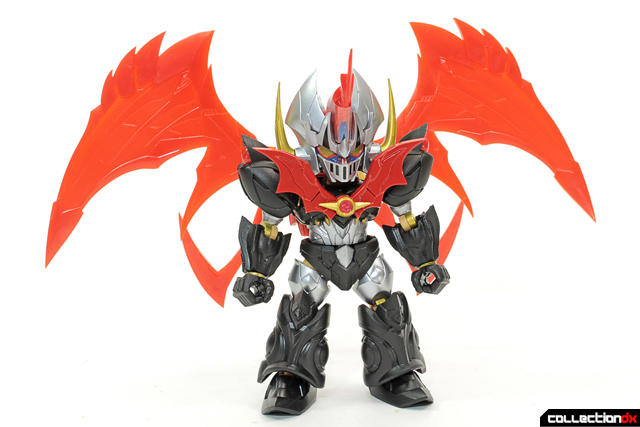 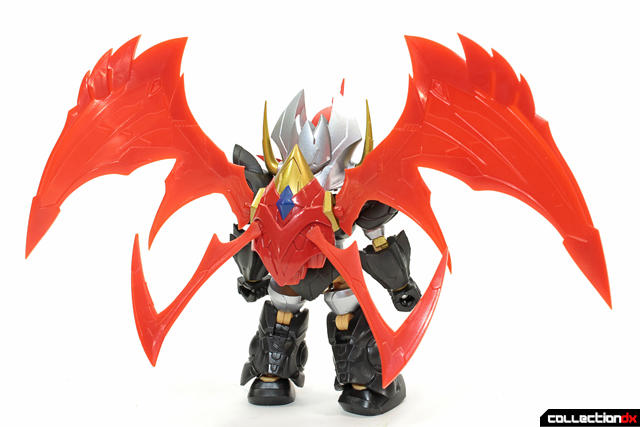 Don't be fooled by its proportions. It has various points of articulation which allow it to look amazing when using its included sword. The figure feature hard yellow plastic joints while the majority of the body is PVC. 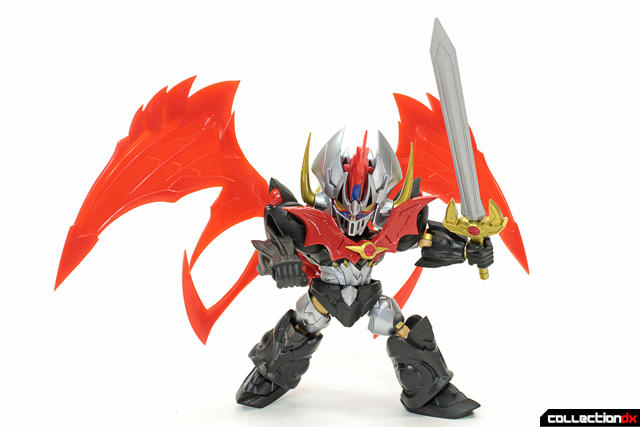 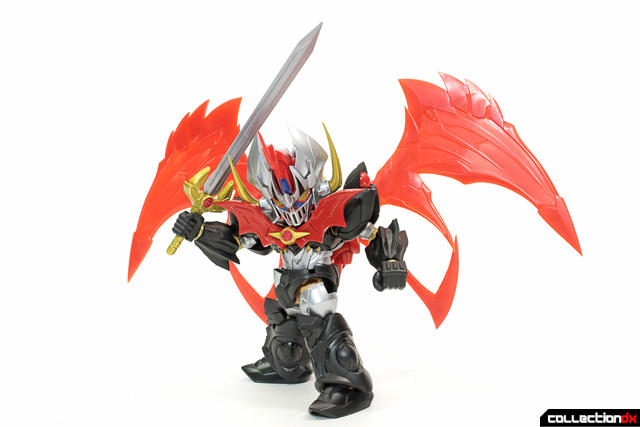 I especially love how the arms can reach around its chest to hold the sword with two hands. 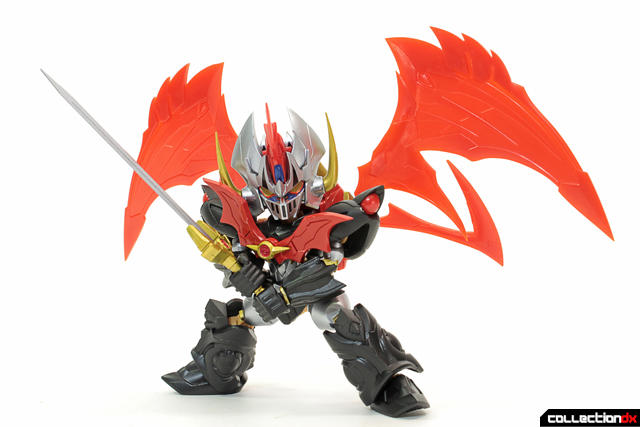 The set also includes a stand with a feature that allows a rocket-punch. This stand could have benefited from a clear post to get the full effect. Another thing that bugged me was that the post is just a tad to high to get a realistic angle for the rocket-punch effect. 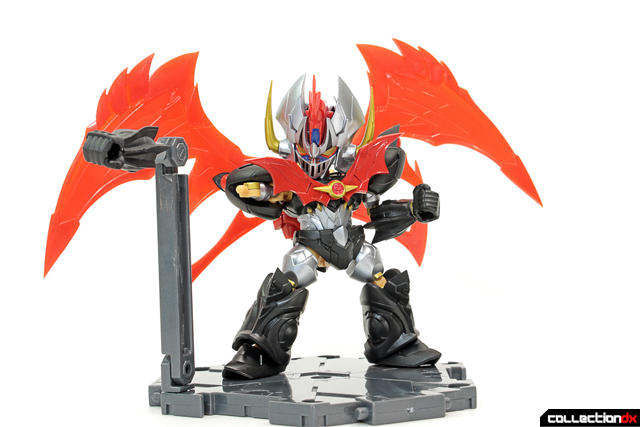 The stand really is most effective when used for more dynamic poses. 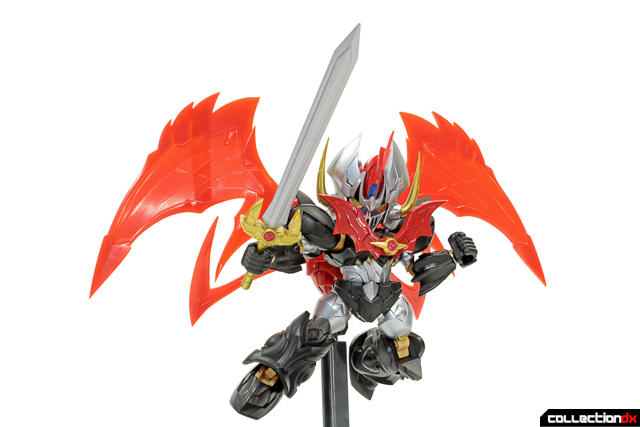 Like I said, this is the first non-gokin SD figure I have. Even with the teeny ES Gokin Mazingers, it's a bit too small. Still, I'm sure there are Mazinkaiser fans who will enjoy this cool little figure. 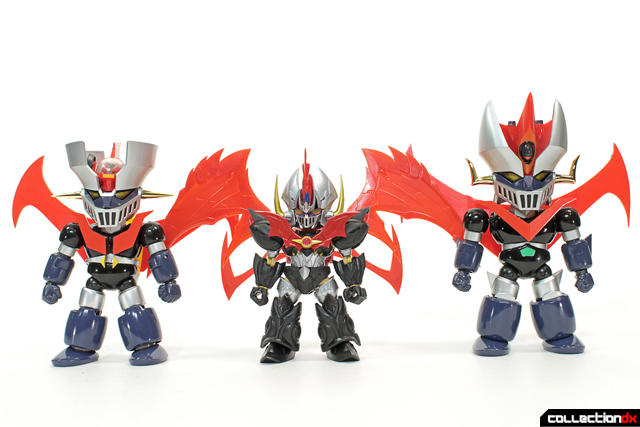 I'm really interested in this line, mostly for the Gundams because the proportions are different from the usual SD kits, but this guy looks neat. GaoGaiGar too.