You can grab your Tamashii Nations items from any of these fine folks!

Hey guys! Bandai just released a new version of the Cyclone again! Is it any good? Well, let me say this to start...

Anyway, this new set is the New Cyclone bundled with the Masked Rider 1 figure. I'm not going to go into detail about the Rider in this review since he was reviewed by me back in 2011! I'll just say that this figure comes with all of the accessories the original came with, and has had no changes to the sculpt or engineering.

So let's look at the bike! 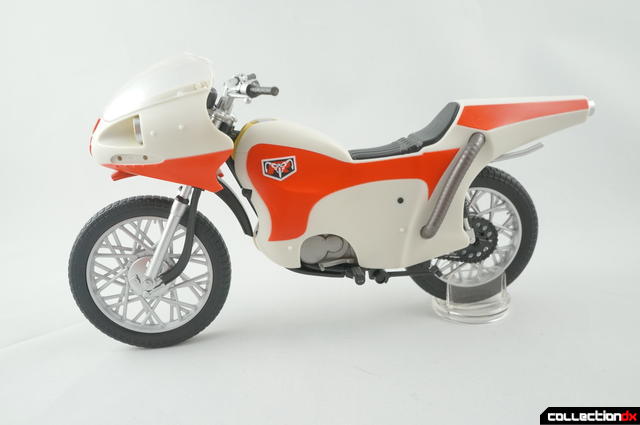 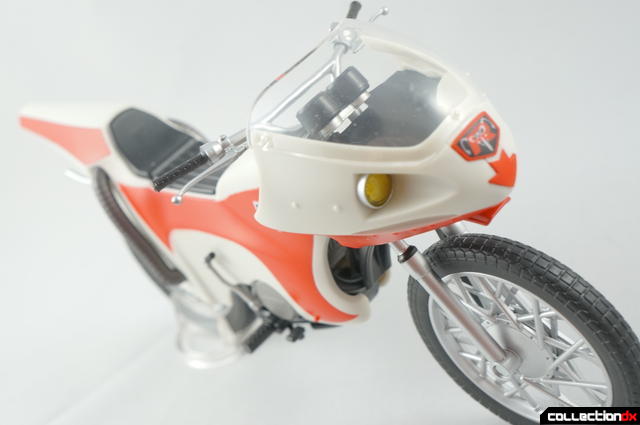 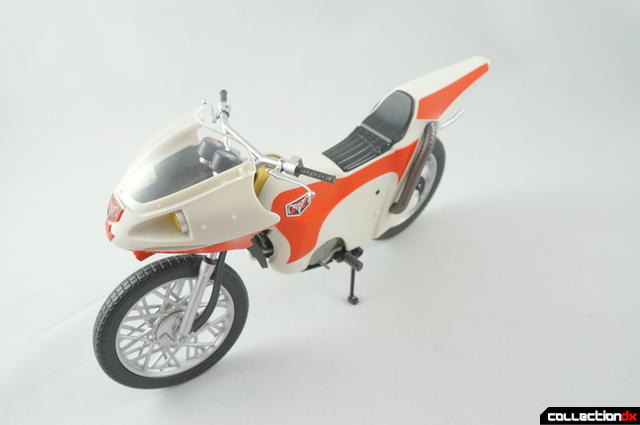 The Cyclone is wonderfully sculpted and painted. Well, almost wonderfully painted. The Cyclone that comes with the figure has fewer paint applications than the one that is sold by itself. It is missing blue around the headlights and the red stripes on the front aren't as high as they should be. 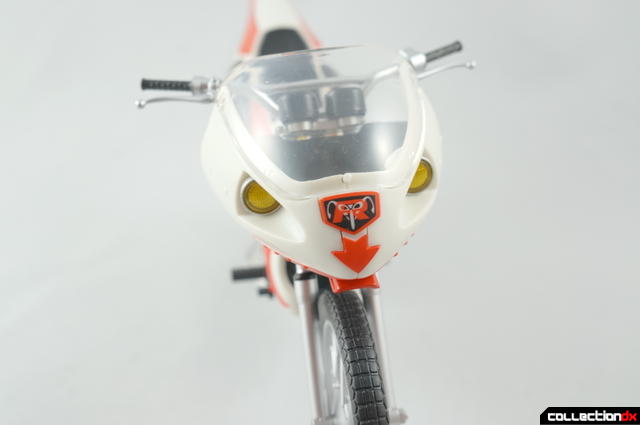 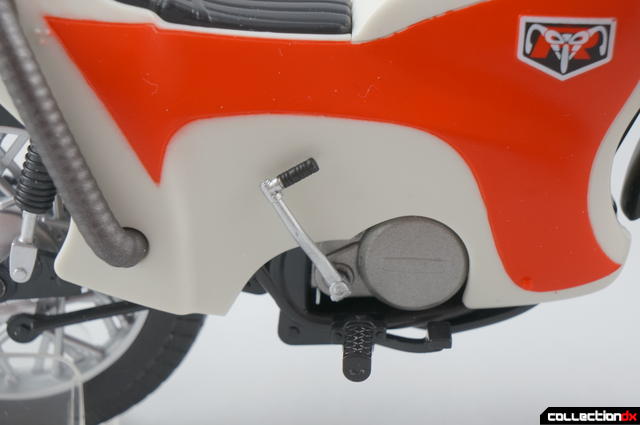 I also have some paint overspray on the right side of the bike. 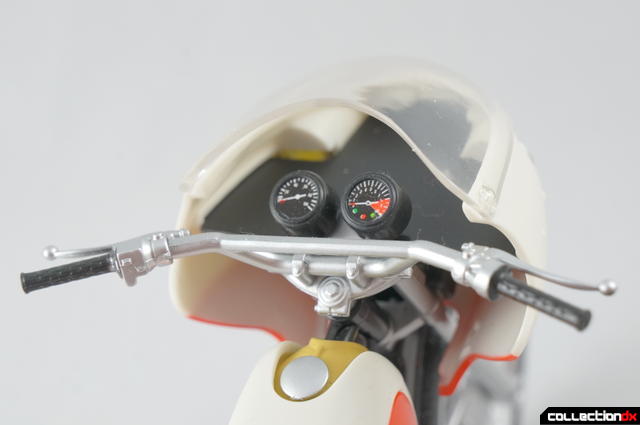 Still, it looks great on a shelf, and it's obviously the Cyclone. 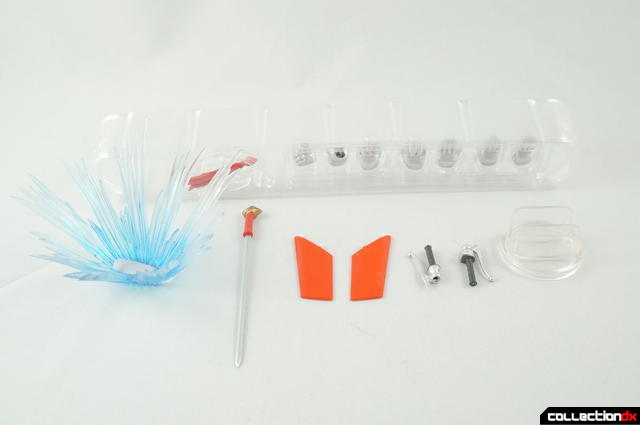 As far as accessories go, this set comes with all the accessories of Masked Rider 1 (as previously mentioned), along with a set of wings, two sets of handle bars, and a small stand. 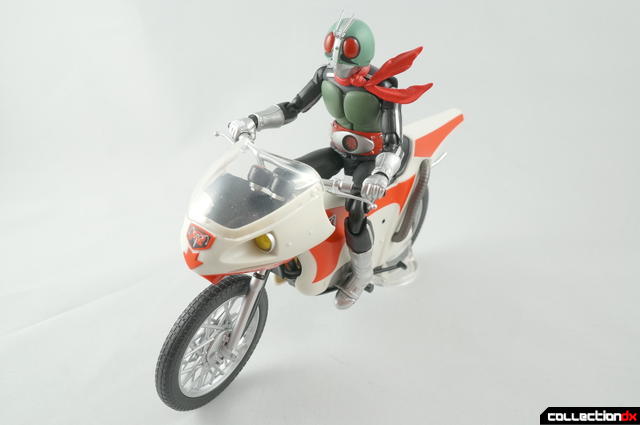 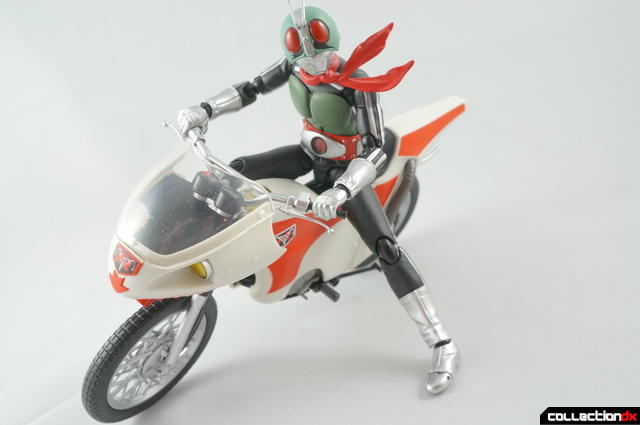 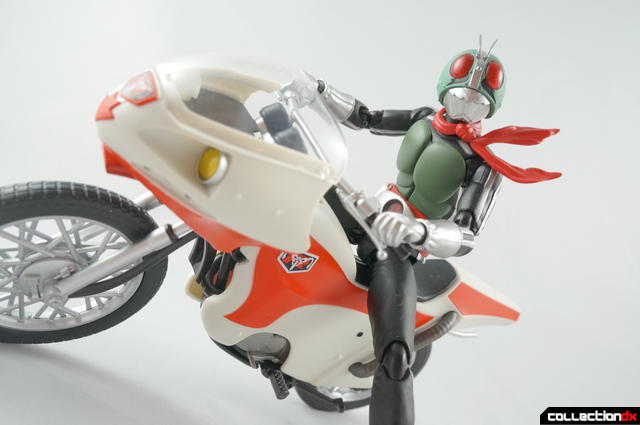 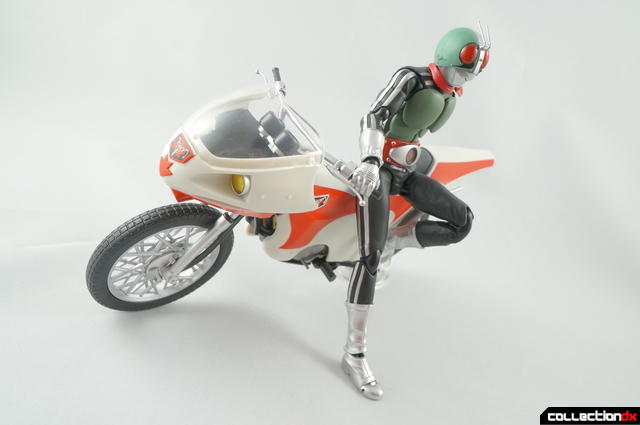 Ichigo looks right at home riding around on his bike, and I guess that's a good thing because if he didn't fit I would have a lot of issues and questions for Bandai. 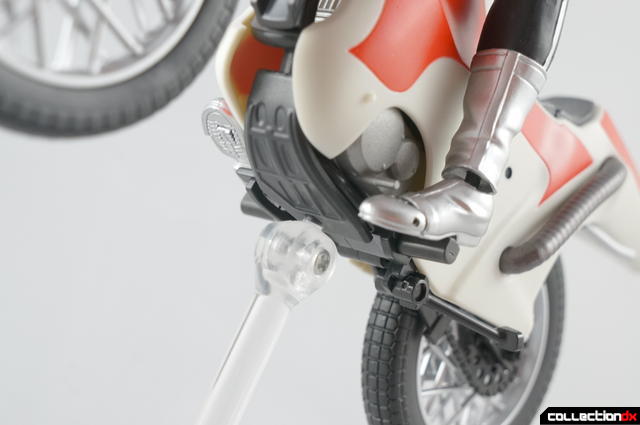 I also like that there is a small hole on the bottom of the bike so you can plug in a Tamashii Stage. That way you can get some jumping poses. 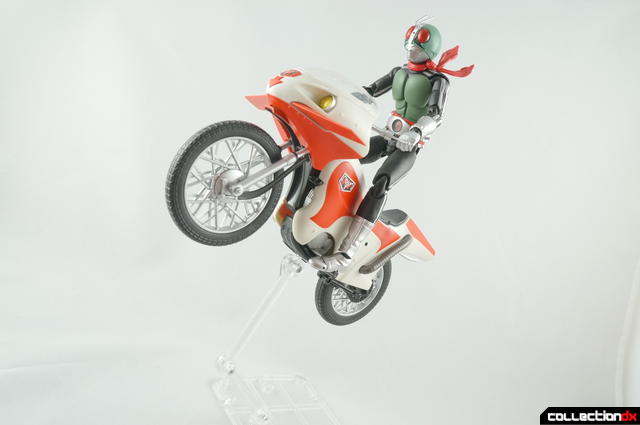 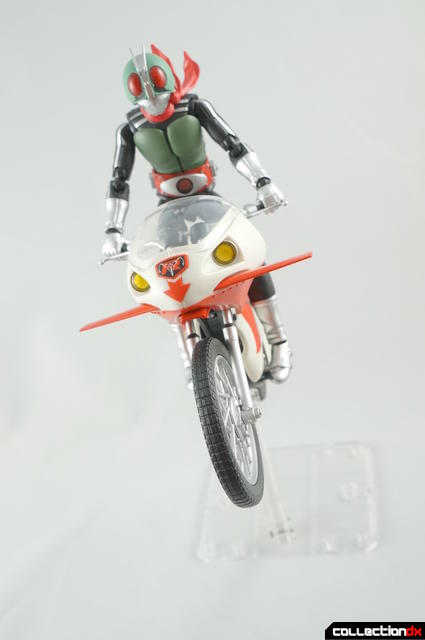 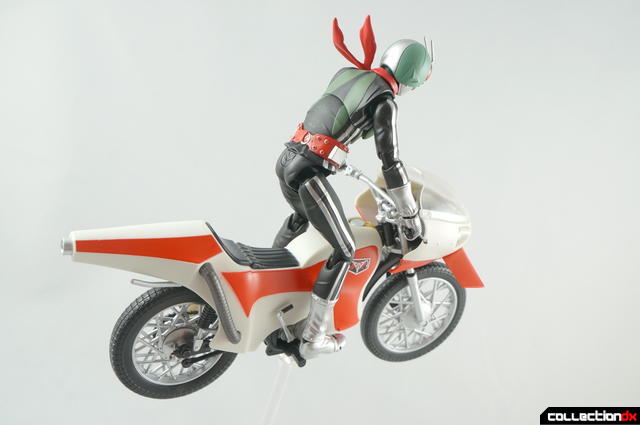 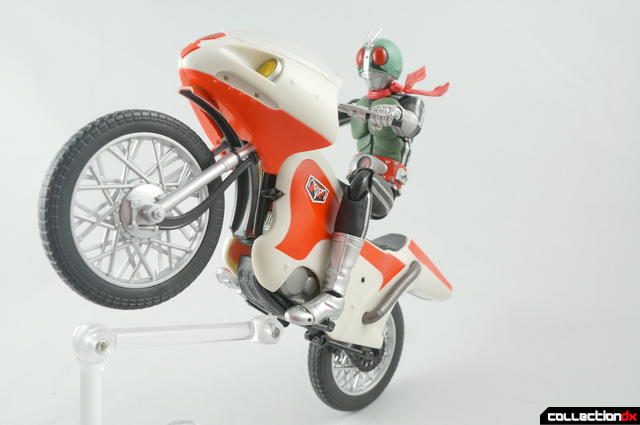 And even a WHEELIE. I freaking love wheelies. 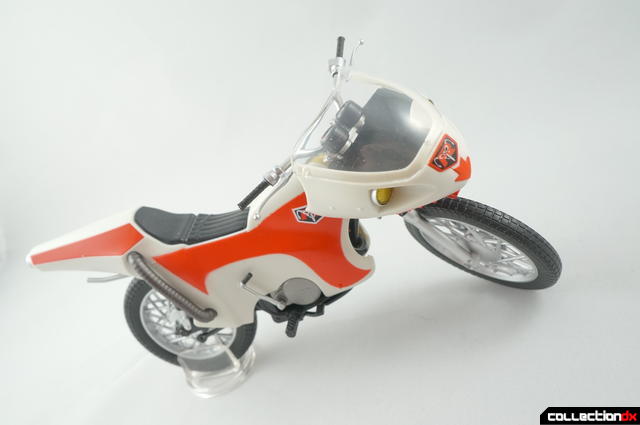 Overall, this set is really great for those who missed out on getting S.H. Figuarts Masked Rider 1 in the past. Of course, if you already have him, then there's no reason to get this set over the single bike release, especially with the stripped paint apps on this one.

Still, this Cyclone looks amazing when sitting next to his previously-released bretheren, so I definitely recommend it! 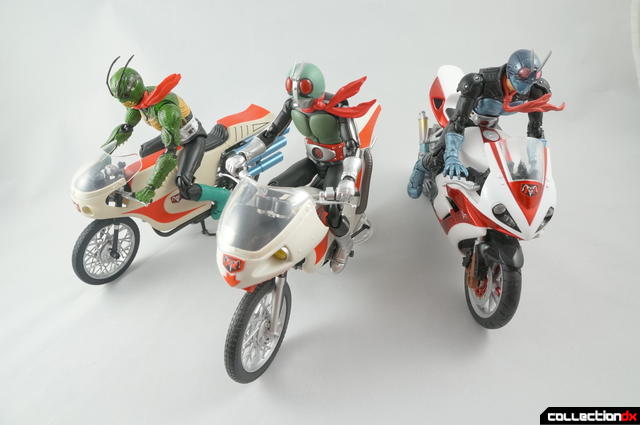 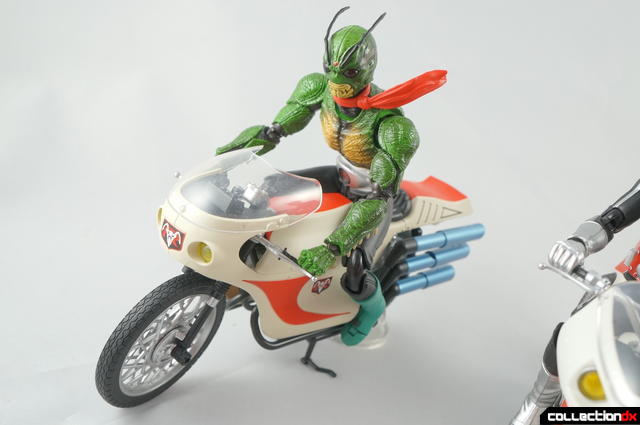 SHIN! WHAT ARE YOU DOING OVER THERE? GET OFF THAT THING.

The separately sold Cyclone doesn't just have different paint apps, it actually utilizes a slightly different mold; if you look closely, the border between the red and white on the front fairing is actually a molded on detail and just just a paint cutoff, and it's obviously not in the same place on both.

As far as I know, the bundled Cyclone represents a a slightly earlier version of the bike, and the extra paint details were added later. I've no idea when this change takes place though since I've only just recently started watching the original series.