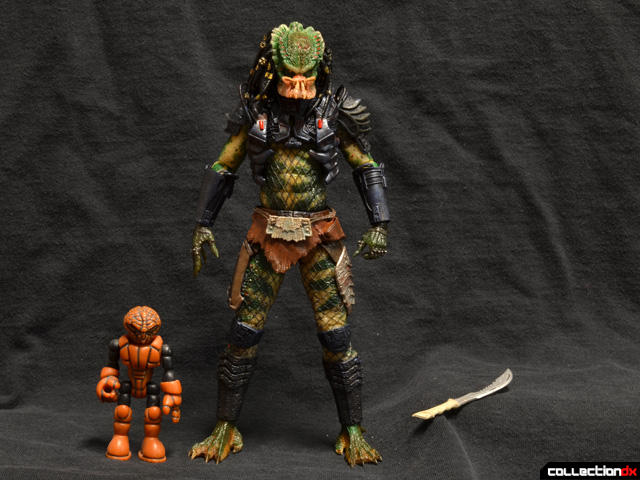 The Lost Predator is another member of the tribe that arrives at the end of Predator 2 to pick up the City Hunter after his defeat.  Lost Pred stands around seven inches tall and comes with a sweet blade. 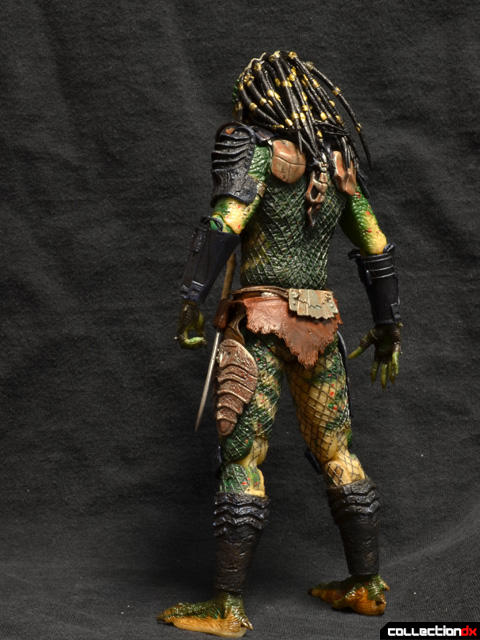 Lost Predator is based on the City Hunter/Lost Tribe mold but with unique armor and a new headsculpt. 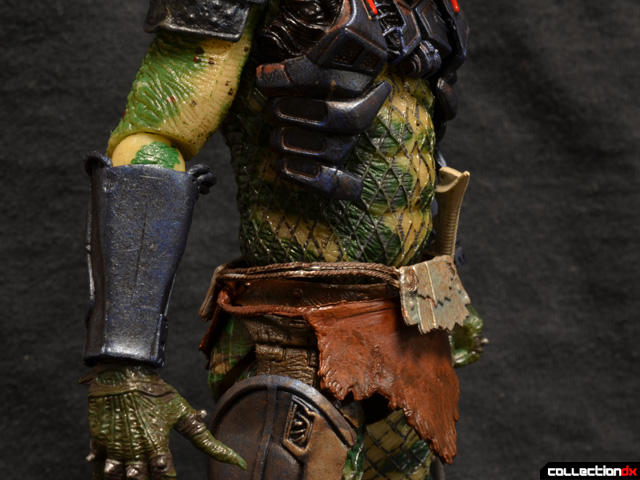 Lost Pred features a loincloth and loin armor that are two separate parts for added detail that mostly play nice together.  I do wish they were one part though so the armor plates would sit more naturally on the loincloth. 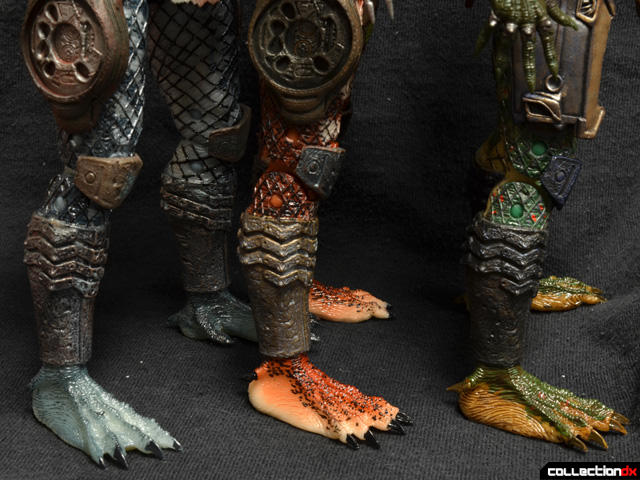 All the Lost Tribe figures can be identified by their same leg armor, since that is molded as part of the leg rather than as separate parts. 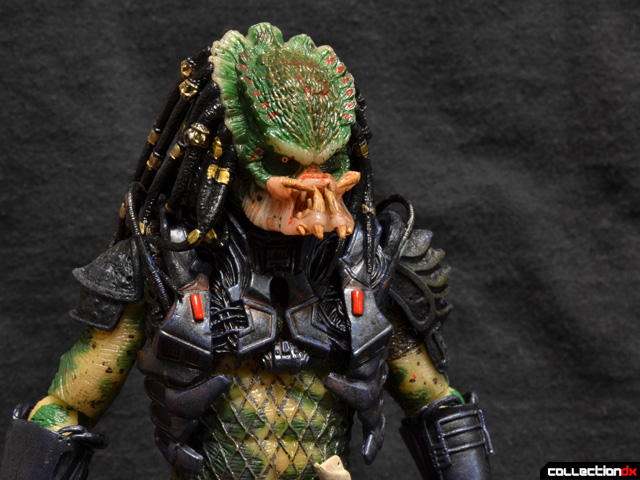 Lost Predator is my favorite looking of the NECA Predators I have gotten so far.  The green and pale yellow skin is shiny, translucent, and gorgeous.  The armor features a ton of sharp detail and a wonderful metallic blue finish.  The pale pinkish mandible area is gross and awesome looking. 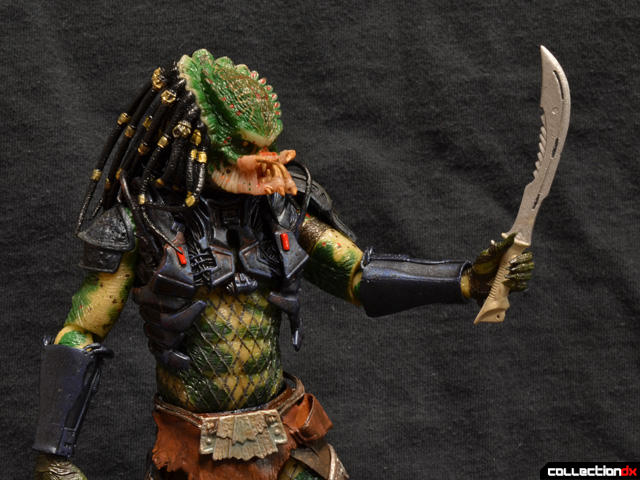 The curved blade just barely fit in a loop on the loincloth but looks much better where it belongs, in the Predator's hand.  The blade is made from hard plastic that is not very springy but feels rugged enough and is nice and sharp. 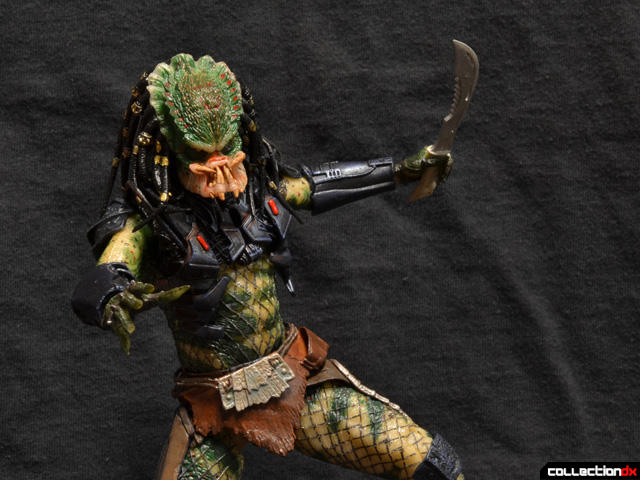 Like Ram, Lost Predator is good clean Predator action figure fun.  He does not have a shoulder gun or smart disc to mess around with, so it is just a Pred and his sword. 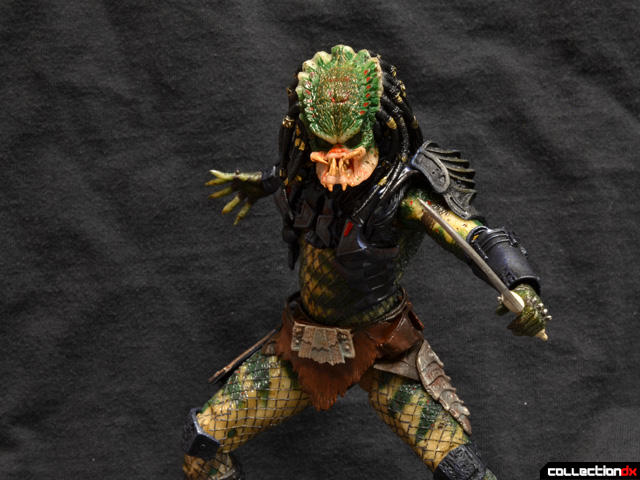 Everything this Predator does looks powerful and determined.  The closed mandible headsculpt makes everything menacing. 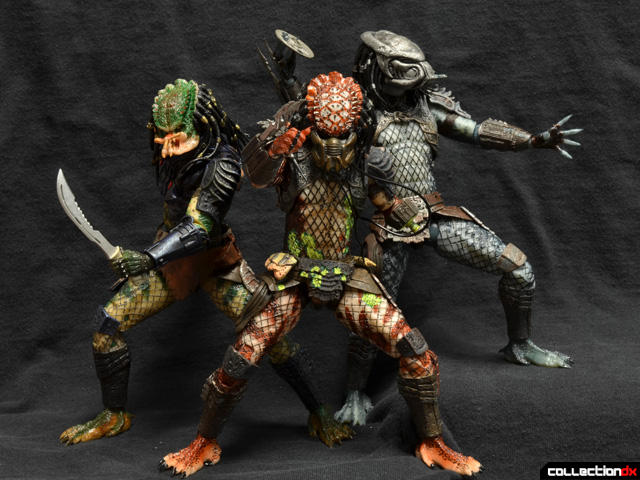 My Lost Tribe all together so far is awesome.  The varied colors and weapons make for a dynamic display of seven foot tall heavily armed space jerks. 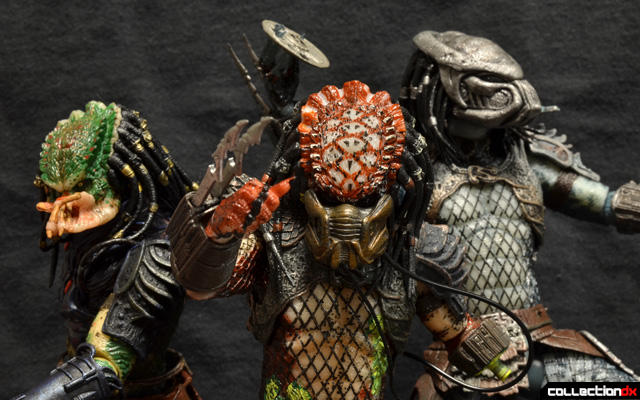 Any one of NECA's Predator figures is a great buy, and there are plenty to chose from.  For less than twenty bucks the level of detail is astounding.  They look good, they feel good, and they play well... what's not to love?

This guy looks like he just ate all the Cheezits.