The IG series droids were only seen for a few seconds in the original trilogy, namely a brief appearance by IG-88 on the bridge of Darth Vader's Star Destroyer. But like most of the cooler designs in Star Wars, the short appearance has led to a huge fan following, with his entire back story mapped out prior to his appearance in the movies. Ain't fandom great? 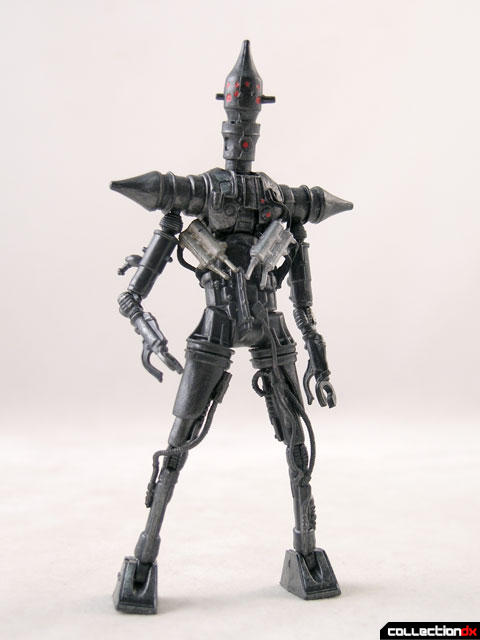 We'll cover IG-88 and his story later, but for now, we will talk about a predecessor, the IG Lancer Droid. The IG Lancer droids were active during the Clone Wars as machines of war created by the InterGalactic Banking Clan. Most notably these droids were led into battle by the bounty hunter Durge, as they attacked the city of Harnaidan on their swoop vehicles. Obi-Wan Kenobi and his lancer squad repelled the attack, destroying most of the droids.

The IG Lancer Droid figure is part of the Build a Figure assortment from 2008's Legacy Collection line. Each figure in the line included a part for a droid. Included with this figure was the body for R4-J1.

While this figure shares the body and legs with the 2007 "vintage" collection IG-88 the figure is unique enough to warrant getting.

First off - the articulation is FANTASTIC. This killer droid features SEVENTEEN points of articulation. That's almost unheard of with star wars figures. Just look at some of the poses he can pull off: 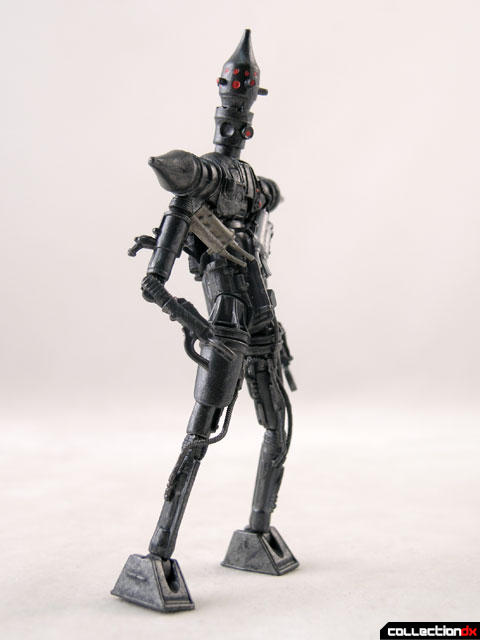 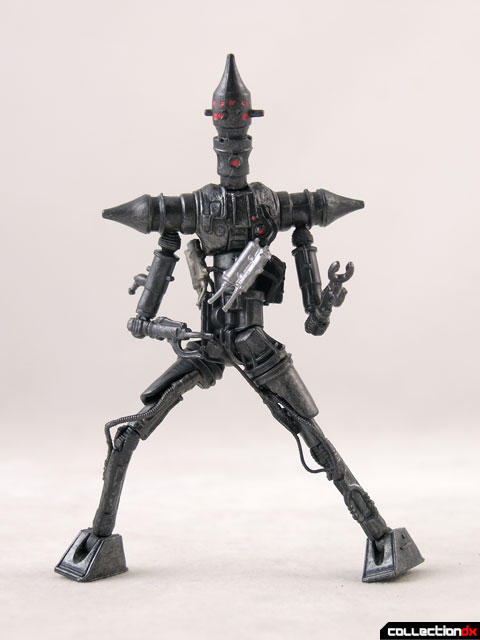 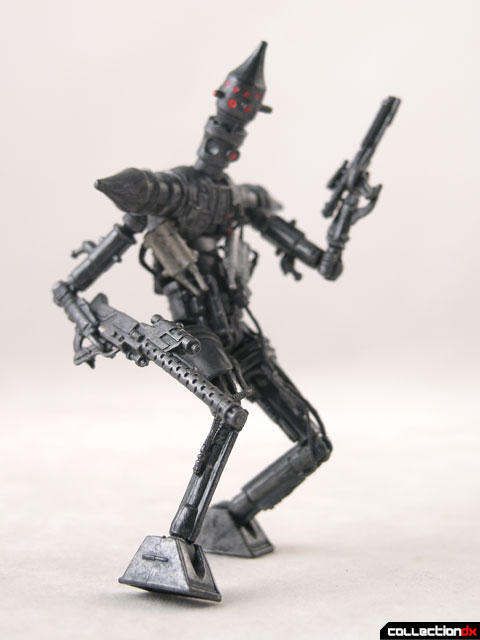 Accessories include a vibro-lance and two blasters (one short and one long). The vibrolance has a clip on it that enables you to attach it to the long blaster, or the figure's arm. 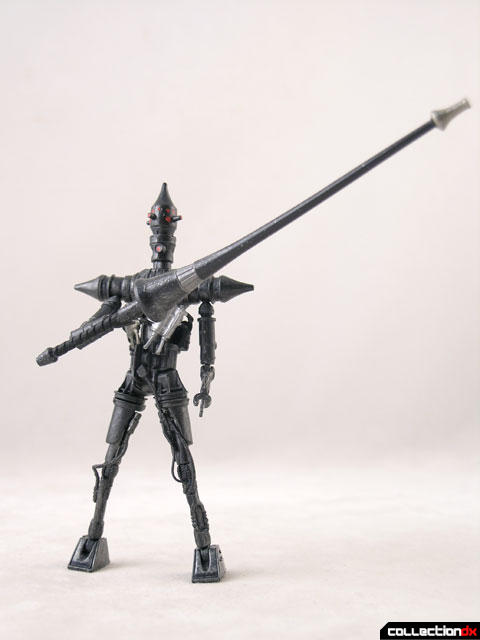 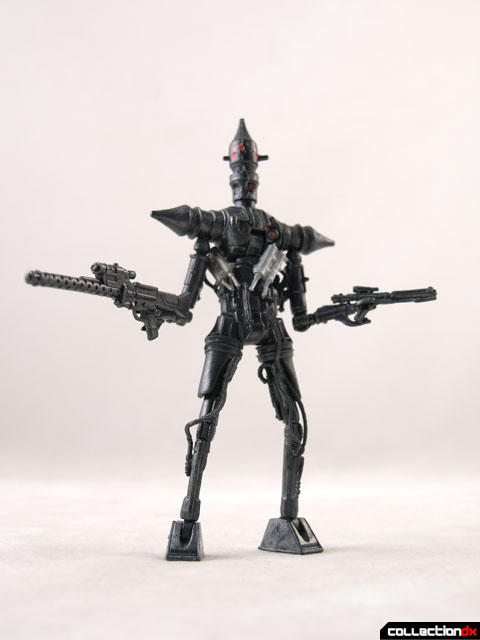 The design and detail on this figure are great, but there are a few minor flaws. The intricate wires that plug into the body have a tendency to come off during extreme poses. They just plug right back in, but it could be better.

The hands have a hard time holding the blasters, and the lance doesn't clip on the arm well. 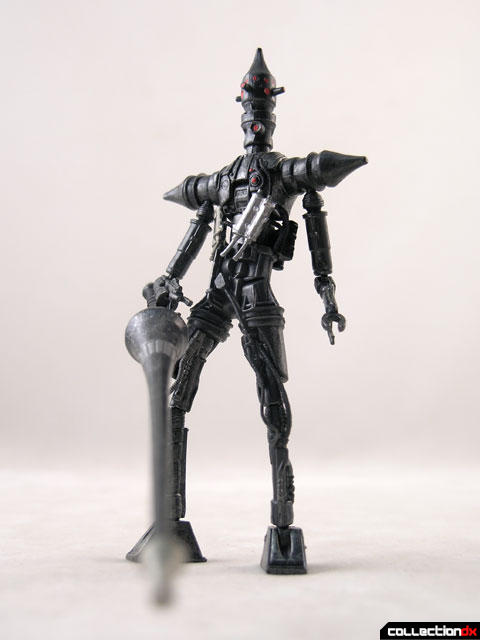 That's about it - the IG Lancer droid is HIGHLY recommended. 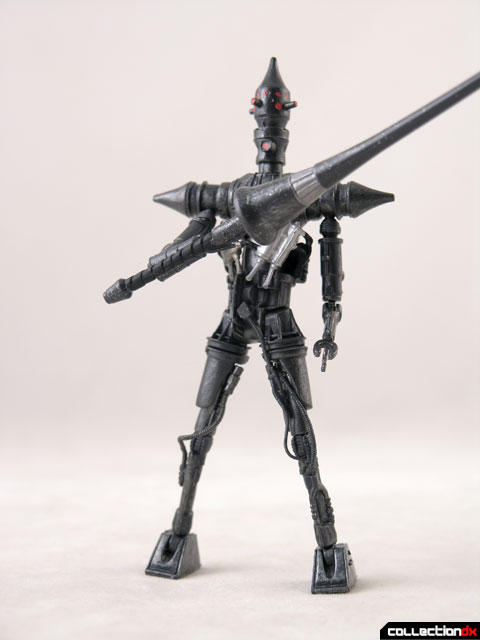 It's an old .30-cal machine gun from WWII with a scope glued on top. Fits the profile--the Stormtrooper blasters were dressed-up Sten guns, and the big blaster rifle was a German MG42.