Although he holds the distinction of being the first zombie seen in Day Of The Dead, "Dr. Tongue" is the second release in Amok Time Toys' series of 7" Monstarz zombies.

While Bub attains his popularity via actual character development, Dr. Tongue didn't get much screen time and has to rely more on his looks. 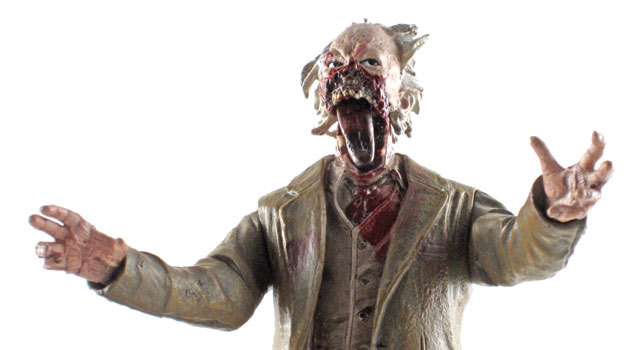 Though the screen time is short, those looks and the grand appearance he makes at the opening of the film have combined to make this guy fondly remembered by horror aficionados and a great subject of an action figure.

Dr. Tongue differs from Bub in that he comes with fewer accessories. In fact, the only one included is a base for the figure to stand on. But that's ok, because remember I said that Bub had an extra arm lying around? Well, I'm not sure if it was intentional or not, but if you wanted to, you could place that arm in Dr. Tongue's right hand! Sure, he's never seen this way in the movie, but is it such a stretch to imagine that a zombie might pick up a spare arm in his travels? I don't think so. 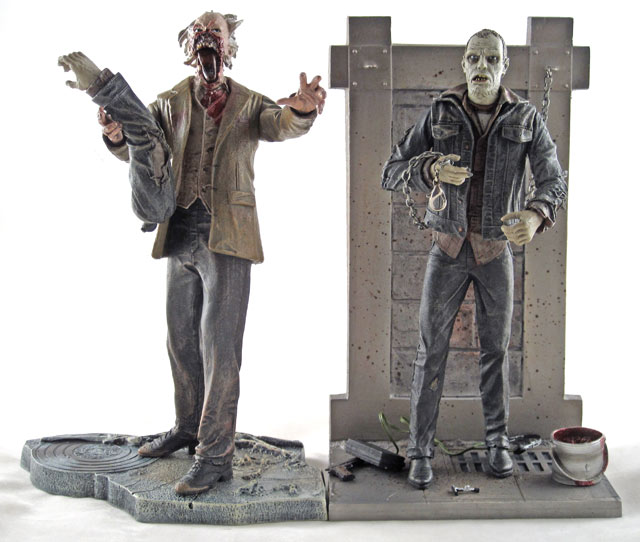 As you can see, the bases for these figures line up pretty well together, although they do not connect nor are they intended to. I just think it's a neat way to group them together.

Dr. Tongue has 8 points of articulation (waist, neck, shoulders, biceps and wrists). Unlike Bub, the shoulders are not double jointed though so the arms can only be raised up and down. And the jacket is molded in place. I'm sure why these seemingly backwards steps were taken. Perhaps it was to compensate financially for the increased detail in the face, which is now a two part piece consisting of the upper head and tongue. The tongue itself is a flexible piece of rubber. The lower head and neck are molded right off of the body. 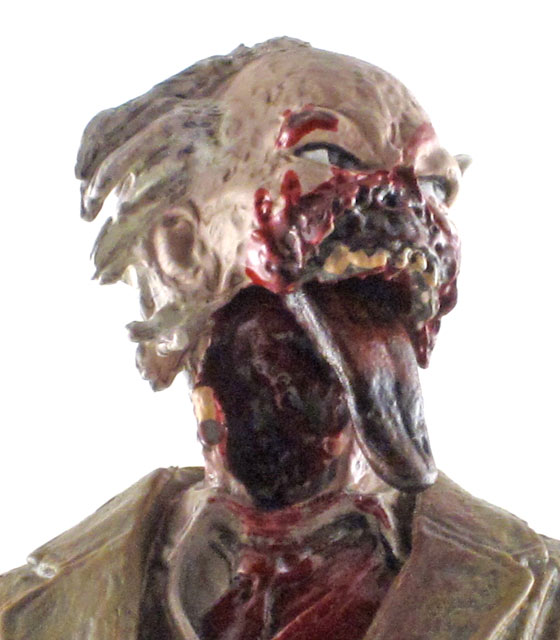 Everything else about the figure is great. The sculpted likeness is excellent and all the paint apps are well done. And the hair looks better in person than I was expecting. You may remember that this figure was initially supposed to have real hair but that the factory prototypes were not up to par so that was dropped. In fact, now that it's here I'm sort of glad that happened as I think having real hair may have differentiated the figure too much from the Bub figure. I like having the consistent style. 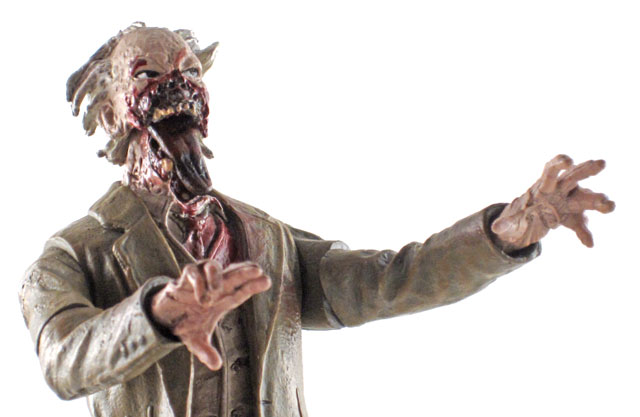 As I mentioned in the Bub review, the packaging for Dr. Tongue was amended to include two small protrusions at the bottom of the front of the package so that the encased figure could be stood up straight. A minor detail, but a nice one. 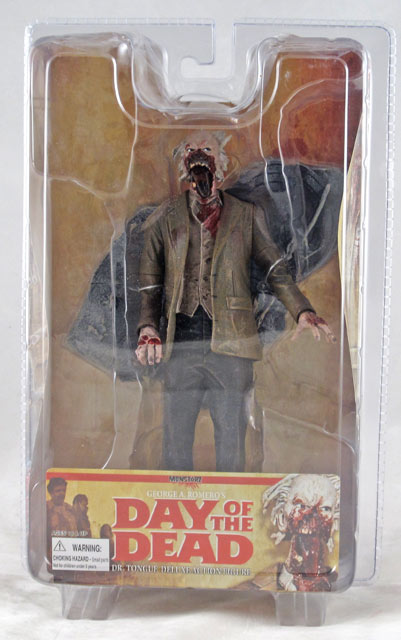 In conclusion, Dr. Tongue is another well done zombie figure. I probably like him a little less than Bub, but I think that has more to do with Bub's stature as a character than any real significant difference in the quality of the toys. If you want Dr. Tongue (or want to make a gift of him to the horror fan in your life this holiday season), you can get him at Amok Time.

2 comments posted
You can also find a Dr.

You can also find a Dr. Tongue imitator with Sideshow Collectibles' 1:6 figure line THE DEAD. "Subject 805: Tactical Containment Unit Operator" is the figure, and a great one at that. Add a little hair, paint, some new clothes...

Why these two (Bub & Tongue) are in this scale instead of the 12" Sideshow style is beyond me! Amok Time has the Romero movie licenses, and did a good job on their NIGHT figures, so these two coming out at 7-inch size is a little weird to me!

Well, correct me if I'm wrong, but I thought the idea was that Amok Time was gonna put out 12" figures of these guys at a later date. These smaller figures are more for folks who collect the myriad ~7" PVC horror figure lines out there...

Nekrodave, any input on this?