I’ve always loved how even the smallest of characters in the original trilogy have developed their own personalities and mythologies outside of the movies. Some of those stories developed in my head when I was a kid, others were written about in comics and books.

As a child, each Kenner Star Wars figure had equal importance. In my Darth Vader Carrying Case, Dengar was not a bit player. He was integral in all of my backyard missions. He was an ugly figure, but I didn’t care. He was on the back of the package. Being part of that cardback meant that I needed to have him.

I could never tell if he was chubby or not. I always liked that Star Wars figures had characters of all shapes and sizes, both fat and thin. Being a fat kid, I could relate.

Dengar was one of the six Bounty Hunters who answered the call to Darth Vader’s Star Destroyer. His mission – find the Millennium Falcon and Capture Han Solo. He’s only on screen for a few seconds, but in the EU (Expanded Universe) he’s got a whole back story. He’s a cyborg that can’t feel emotions, and he rescued Boba Fett from the Sarlac Pitt after the end of Return of the Jedi. Oh, and he’s also married to the Emperor’s Secretary, Sheila.

There haven’t been that many Dengar figures, and he probably only keeps getting made because you can’t recreate that scene without him. There has been a few 3 ¾ versions, a few 12” versions and some statues. This figure I think is the best, at least of the small figures. 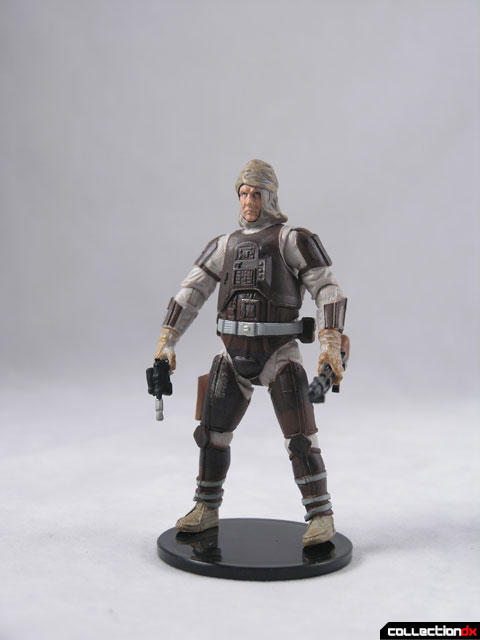 The head is on a ball joint and is molded out of two separate pieces which gives it a great feeling of depth. The body is two parts with a ball joint where the armor ends, a logical place for a seam. 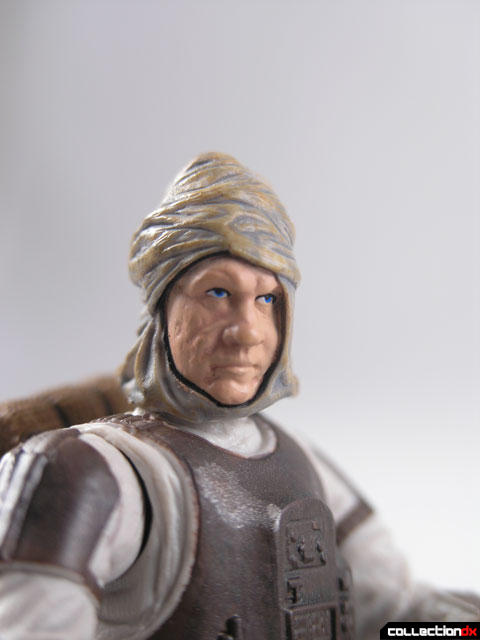 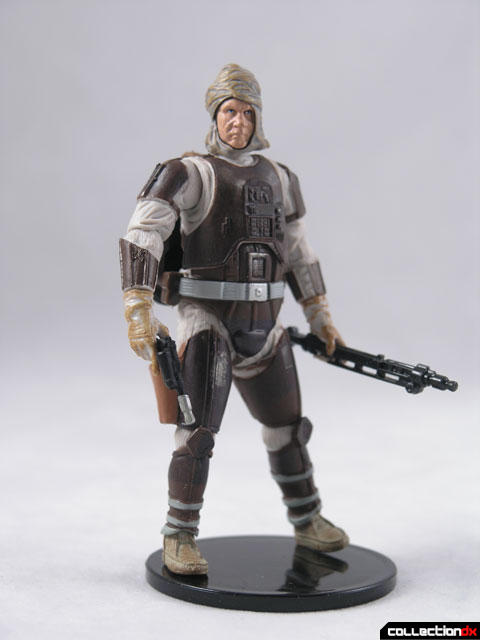 The shoulders are ball and swivel joints, as are the elbows. The wrists rotate. 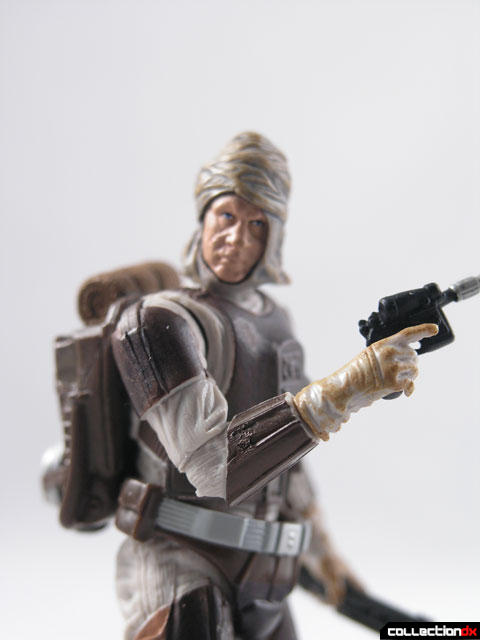 The hips are simple cut hips. I initially didn’t like them, but Atom mentioned something to me, that they feel like throwbacks to the original figures. So now I kind of like them. Go figure. 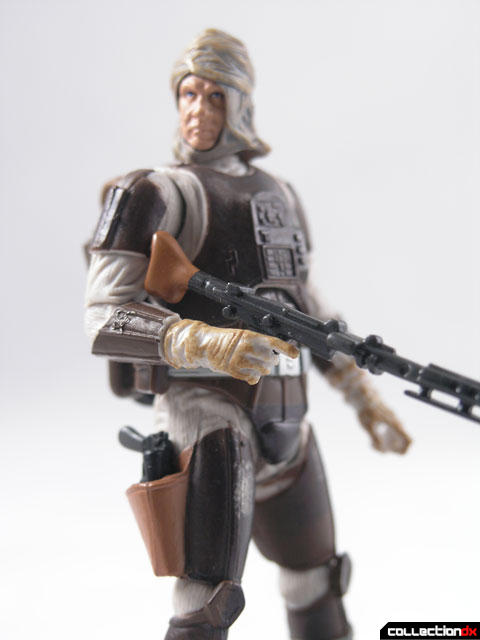 Knees are ball/swivel joints, and the ankles can bend and rotate. 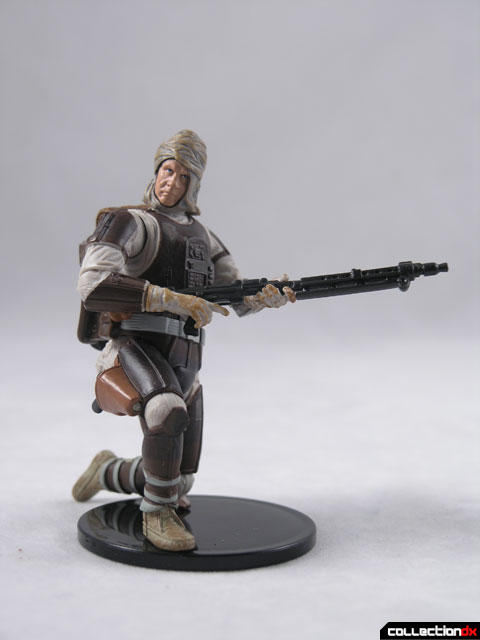 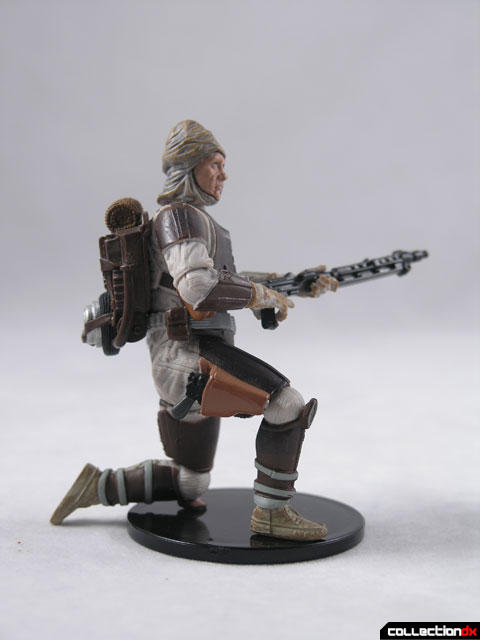 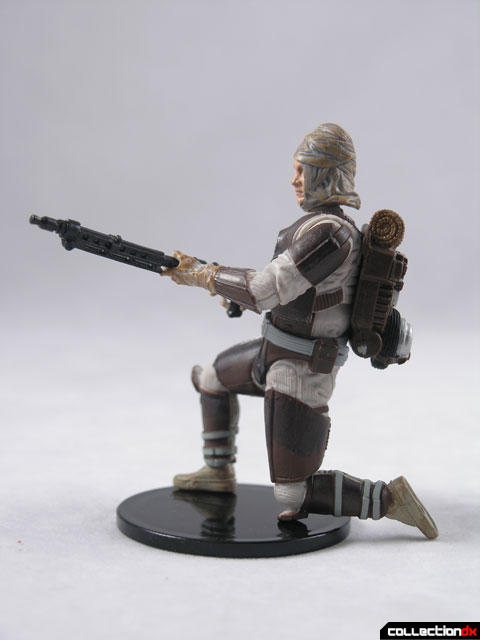 Accessories include a detailed backpack and a long rifle. The Backpack has a tremendous amount of molded and painted detail. In fact, the whole figure is phenomenally detailed. 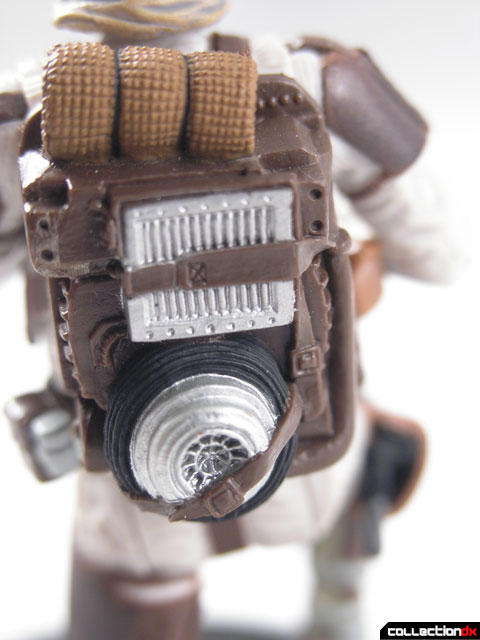 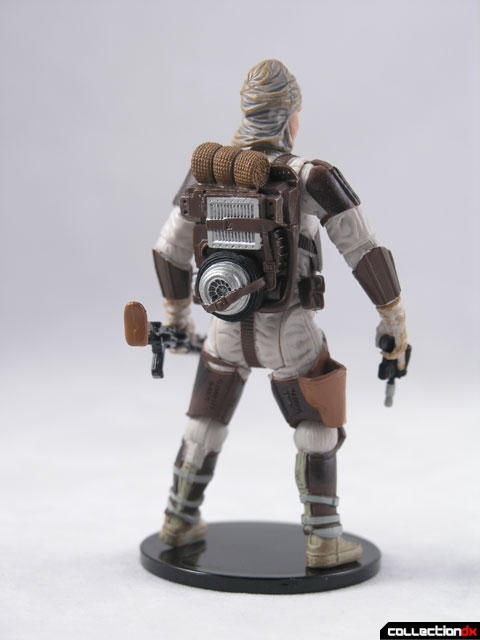 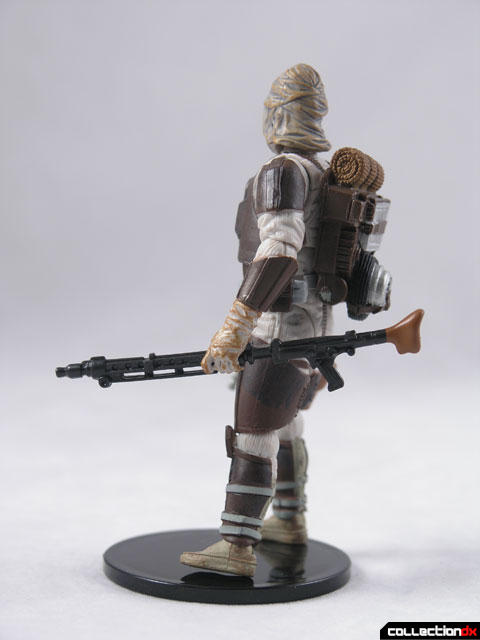 A small blaster is also included, which handily fits into the holster. 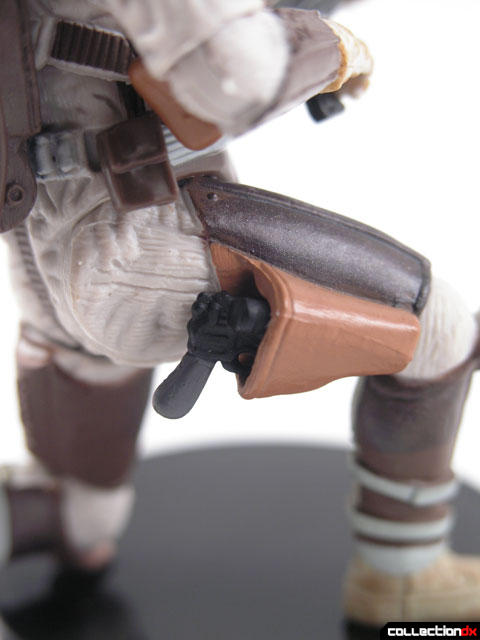 Probably the only flaw on the figure is the codpiece. It just.. falls off. I’m not sure if it’s supposed to be glued in place, or if it is just supposed to be held in place with friction. I glued it with superglue – now no more problems. 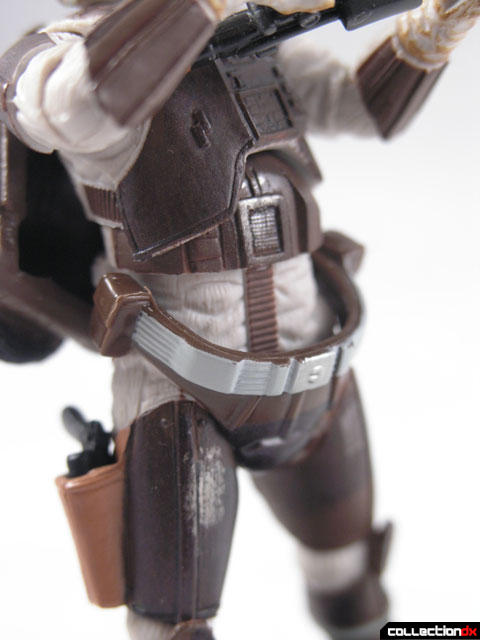 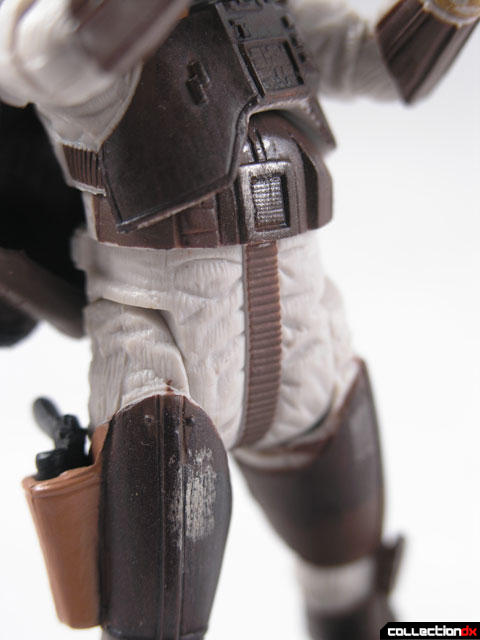 Dengar is part of the Vintage Collection, and as such he comes on a Vintage-style card. Dengar comes with a certificate to mail away for a rocket firing Boba Fett if you collect enough proof of purchases. 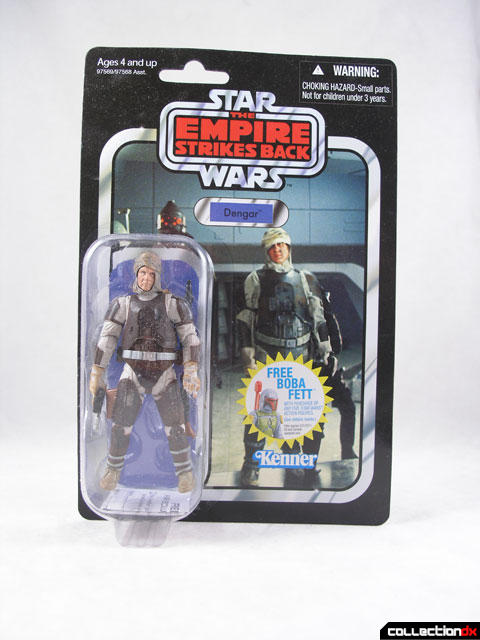 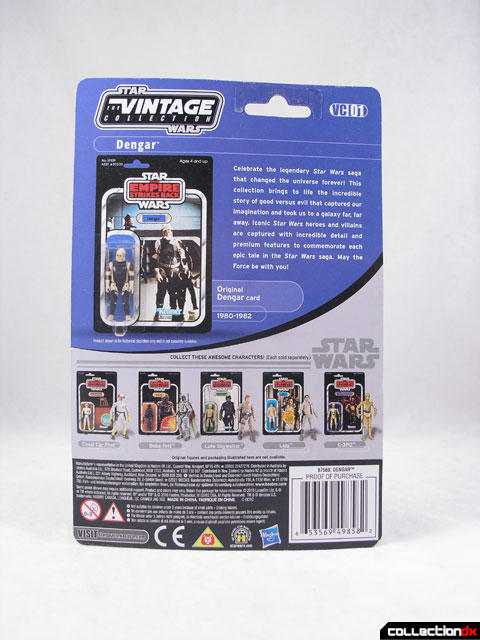 I had the original Kenner figure. He came with an absolutely *huge* gun, nearly as tall as the toy, which I now know to have been modelled on the German MG38/42 machine gun (as is this ones).

Couple of odd facts in that review: the Emperor had a *secretary*? ("Oh, and cancel my three o'clock, I'm turning young Skywalker to the Dark Side now... ") and in a universe which featured "Biggs Darklighter" and "Mace Windu" she was called *Shelia*?!

I'm not big on parodies, but that one was AWESOME!