The very first Godzilla vinyl was produced in 1966 by Marusan and was inspired at least in part by the earlier Aurora model kit. After Marusan released this toy, it would later be re-released by Bullmark, Bandai, M1, Super7 (giant sized version) and Marusan again, naturally with many mold and color variations.

But somewhere along the way, I'm not sure when, a bootleg version was made that was not vinyl at all, but in fact, good old fashioned blow molded plastic. So you know I needed one. 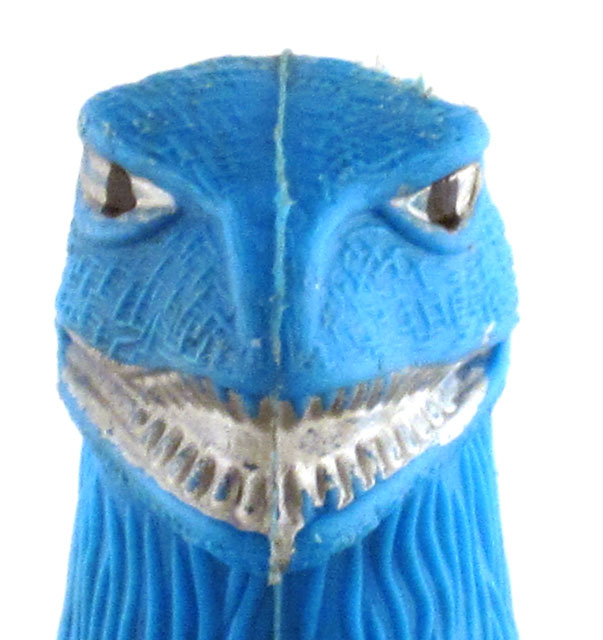 When I first saw this toy, I had no idea that it was blow molded. It was listed (along with nearly every other Godzilla toy out there) in the October 2004 issue of Super7 magazine celebrating the big Gs 50th birthday. This toy, and two color variations (red and tan) were simply listed at "bootlegs". Since nearly all of the other toys in the lineups were vinyl, I had always just assumed they were too. 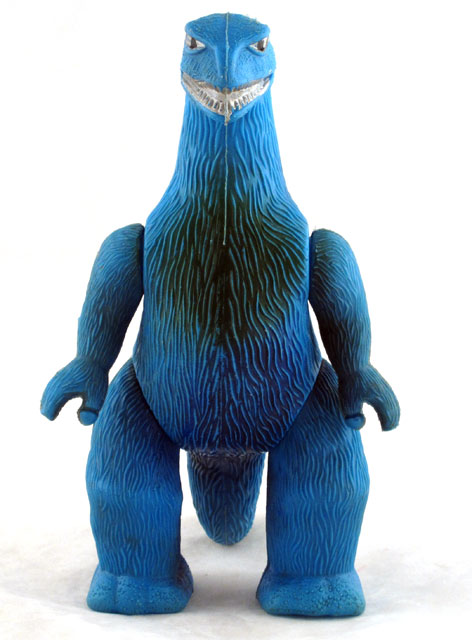 I only found out that it was blow molded when I saw it while doing a general search for blow molded toys. Seeing as how I didn't own the original vinyl (only the giant sized Super7 version), I decided I had to have it. I mean, not only would it be much cheaper than trying to get an original, but it would actually fit in better with all the rest of my cheap knockoff crap. 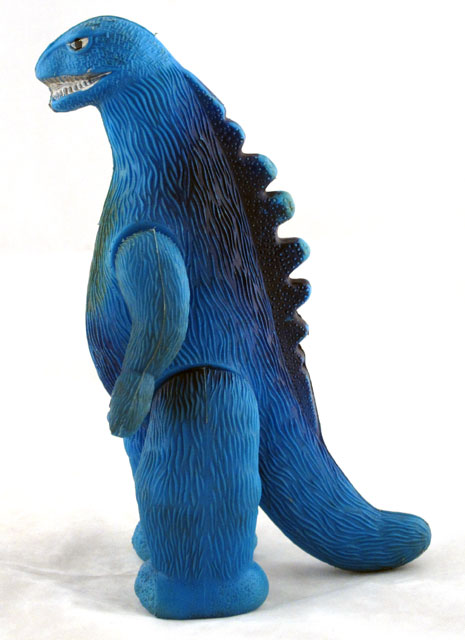 As I said, I don't own the original, so I can't really make a side by side comparison, but I'd imagine that this one is slightly shorter. This version stands 8.5 inches tall. Cast in light blue with dark blue and green spray, along with with silver and black for the eyes.

There are four points of articulation (hips and shoulders) but unfortunately mine is VERY loose at the joints. Holding it by the head and slowly swinging it like a pendulum will actually cause the limbs to slide back and forth as gravity pulls them down and the arms cannot be properly positioned outwards while in a regular standing pose. They will simply fall to the side.

Still, it has all the ugly but charming attributes you would expect from a blow molded knockoff... atrocious seam lines, excessive flash and no weight at all. I have no packaging for it nor have I ever seen any, but I assume it probably came in a bag with a cheap, generic header card. Now I just need to get the other versions. Which is strange because I do not collect color variations of vinyl. So why do I want color variations of blow molds based on vinyls? As usual, I think it's best to think too much about it and just go with the flow. 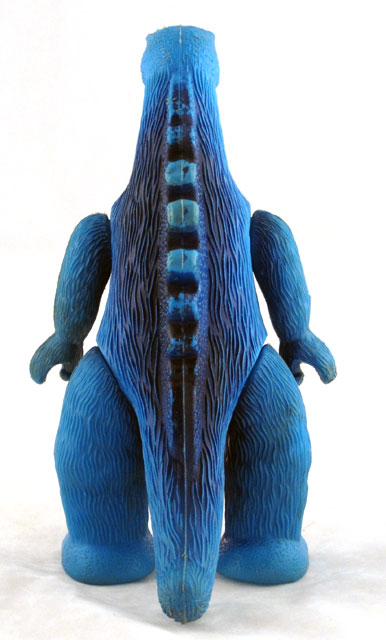 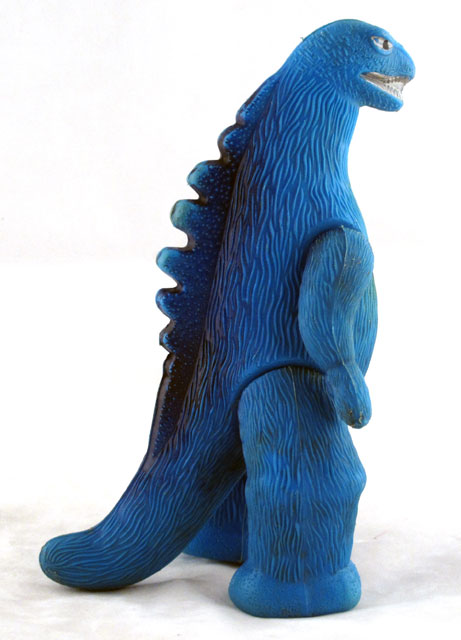 He looks pretty relaxed. I wonder if he'd be up for a game of golf?