Well, after successfully completing my first ever model kit, El Baron, I decided to try to hunt down the second release in Ultratumba's line of kits of characters from Mexican monster movies. The second kit was the Aztec Mummy from the third movie in the Aztec Mummy series, "La Momia Azteca contra el robot humano" (aka "The Robot versus The Aztec Mummy") from 1958.

This kit is slightly more complicated than El Baron was, but it's still very easy to assemble. The kit comes in several pieces: body, arms, hands, base and 4 pieces of "wrappings".

The easiest way to assemble it was to glue the arms and hands on first, then paint everything and then attach the wrappings to the body and the whole figure to the base. Actually, before painting, this time I actually made the effort to fill in the seams on the arms with some extra Magic Sculpt I had sitting around. I figured since that area was all exposed flesh, it would look better if it were smooth. 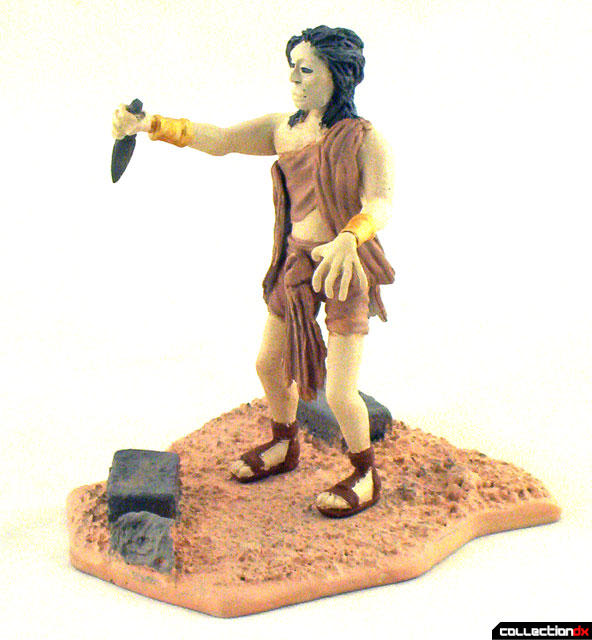 This time around I decided to go with a lighter skin tone, not only to differentiate it from El Baron, but I figured since the character was a mummy, he should have a less life-like appearance. 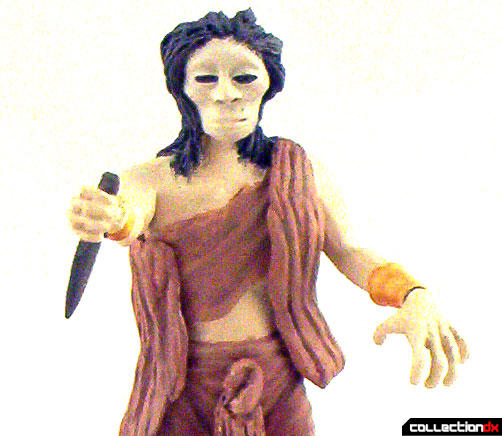 Although assembly of this kit is still easy, I found it to be a bit more challenging than El Baron to paint. I felt like all of the exposed skin gave you a bit less room for error and the sandals in particular were a challenge. But overall, I think it looks ok. 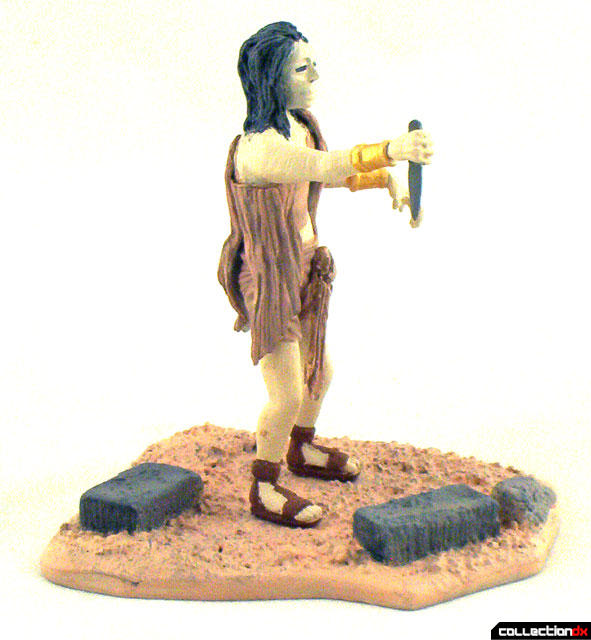 One area that the Aztec Mummy is definitely an improvement over El Baron is the packaging. The box this time around is a much nicer presentation with a flip top lid. Oddly though, the interior packaging was a step backward. Whereas all the parts for El Baron were stored in styrofoam, the parts of the Aztec Mummy were just wrapped in plastic and bubble wrap. I got this from someplace other than directly from Ultratumba, so who knows, maybe it wasn't originally sold that way. Makes no difference to me, either way, since once you build it up, it won't be going back into its box anyway. 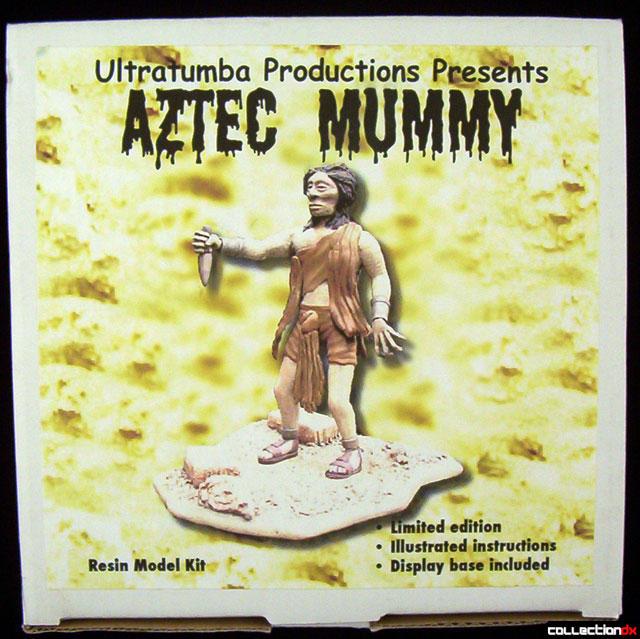 Just like El Baron, the Aztec Mummy is a limited release (200 pieces) and comes signed and numbered (mine is #47). It seems a bit strange, but the Aztec Mummy seems to be sold out everywhere, despite being a less popular and more expensive kit than El Baron. Both kits stand about 4.5" tall when completed and on their bases. Unfortunately, the third release in the series, planned to be the "Gilman" from the 1967 film "La Mujer Murcielago" (aka "Batwoman") was never released.

Nice job, Nekrodave! Looks like a smoking kit! But no glowie bits on this one?

Well, I didn't really see any glow potential on it. I guess I could have done the wrist bands, but besides that there's really nothing that made sense to glow.