Many collectors are really keen on the XX and ZZ series of Jumbo Machinder accessory fists, but I for one have never really cared that much, which I why there's nary a review of them to be found here on CDX.

Why then, would I care about a cheap knockoff jumbo accessory such as this launching fist accessory to the Mazinger Z: Paladin de la Justicia jumbo from Mauri? I'm not sure what it's called, but it's certainly come kind of sickness that compels me to buy these things. 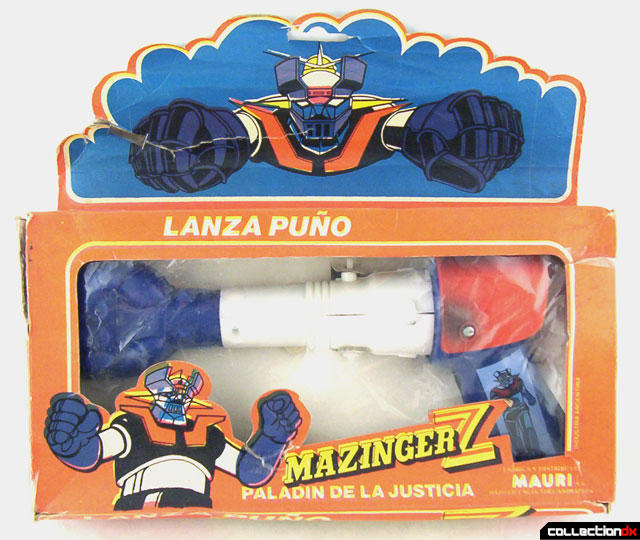 As you can see, this thing comes in a box with a cellophane window and a header card to hang it by. Honestly, for a knockoff, I think it actually has a nicer visual appeal than many of the real accessory sets since it actually shows a robot on the front. The flying pose on the header is particular interesting since most toy packages would tend to show a fully upright image of the robot rather than one flying at you. Unfortunately, it seems like the box is somewhat fragile and mine is probably not strong enough to actually be hung up by that header. At some point, I may have to find a good wall spot for it and try surrounding it with push pins for added support. 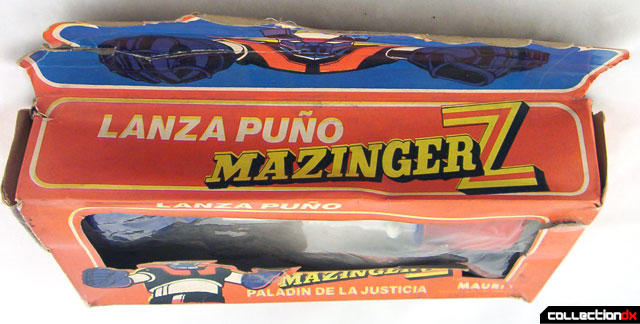 Inside the box, the toy rests in a piece of cardboard with a hole cut out to match the shape of it. 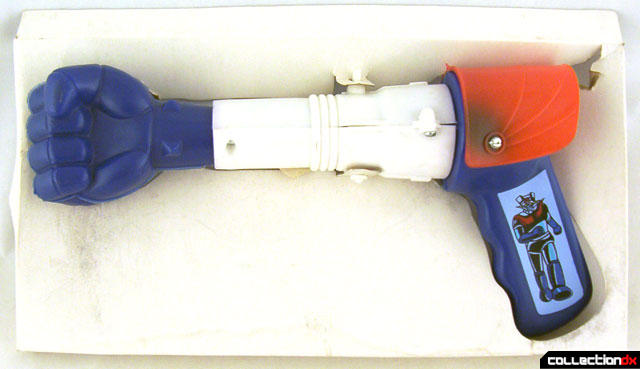 So, what exactly is this thing? Well, basically it's just a gun handle with the right fist of the jumbo attached to it. Of course, you can see that it also retains the shoulder shield of Reideen on it, too. This toy is licensed from Toei Animation, but like the jumbo, I suspect that Popy had no idea that their toys were being copied. 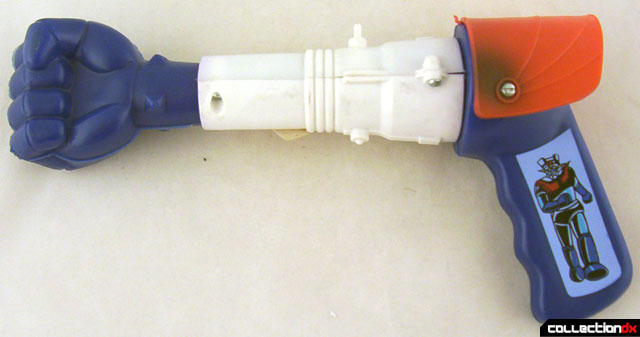 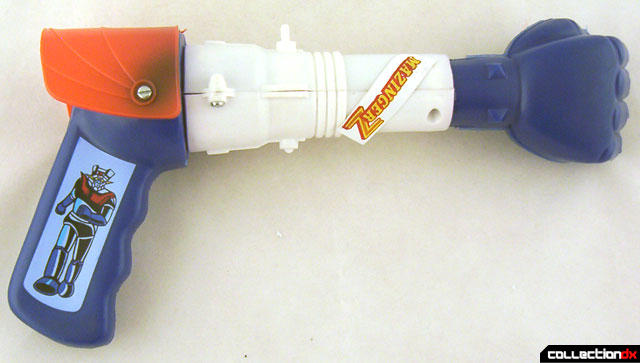 Although there is a handle to grip this "gun" by, the rest of it is simply the exact same thing as on the robot. Therefore, the firing mechanism is still just a tab on the top. In order to fire the fist, you'd actually have to use both hands.

Basically this is a pretty silly toy that is useful mostly for completing an incomplete "Mazinger Z: Paladin de le Justicia", or for adding to a knucklehead’s collection of stupid crap.

5 comments posted
HA! If it had a proper

HA! If it had a proper trigger this would be the coolest thing ever..

It's like those guns that shoot out the flag that says 'bang!'

This is so cool! Worthy for your collection, Dave!

BTW it reminds me of that scene in "Top Secret"!

I would walk around with this on my belt.