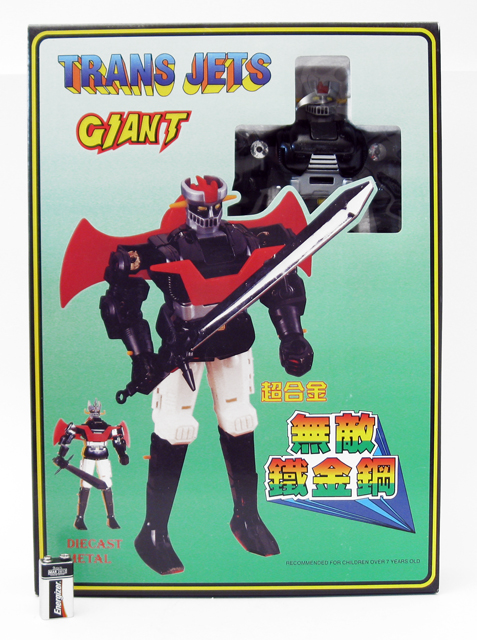 The Giant’s window-box is pleasingly large and sturdy, in scale with the Godaikin boxes, and even has a handle! Promising! 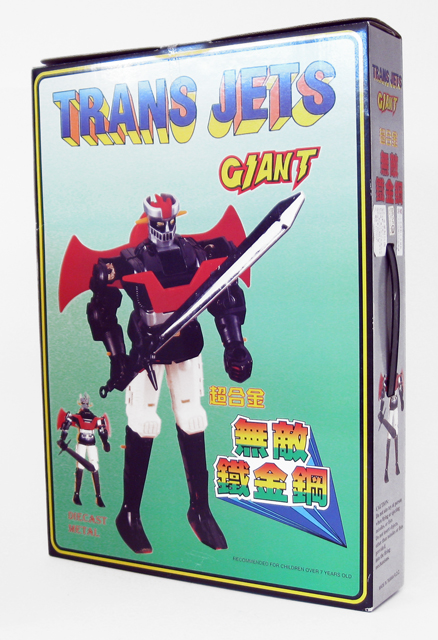 There is no promise within, only despair. The first thing you’ll notice is the extensive paint chipping, unique for a brand new toy sealed within a box. The second thing you’ll notice is the slightly “off” Styrofoam tray. In a stunning display of thrift, Trans Jets has opted to keep the Styrofoam tray of, I’m guessing, Baikanfu, completely intact. Maz’s jet pack, chest crest, and other accessories have been crammed into all manner of openings not intended for them. 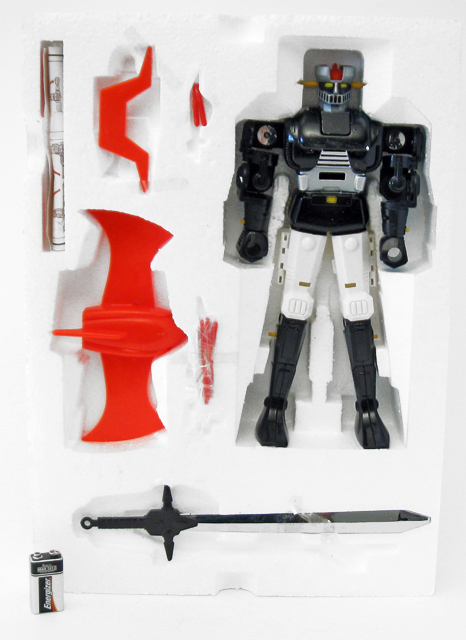 The actual figure is surprisingly sturdy. All of Gardian's diecast remains intact. Ironically, I’m not worried about his knees breaking. The paint and plastic are SLEAZY. 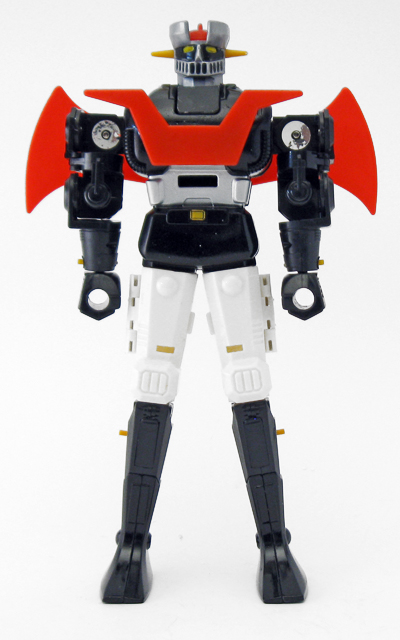 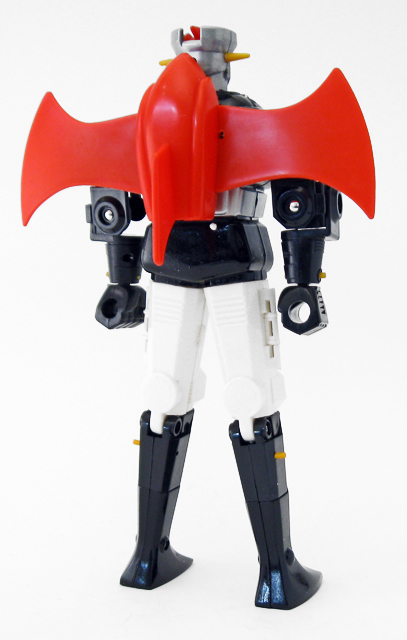 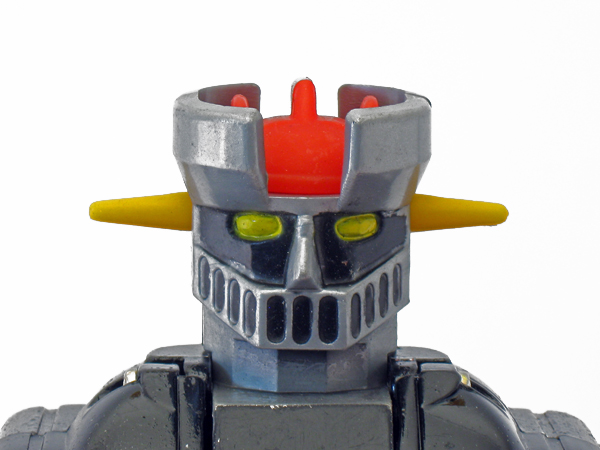 Giant retains most of the functionality and gimmickry of the Garbin shell, with opening hatches and firing shin missiles. 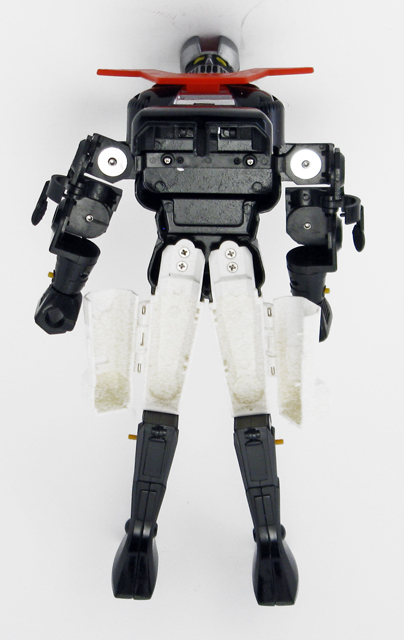 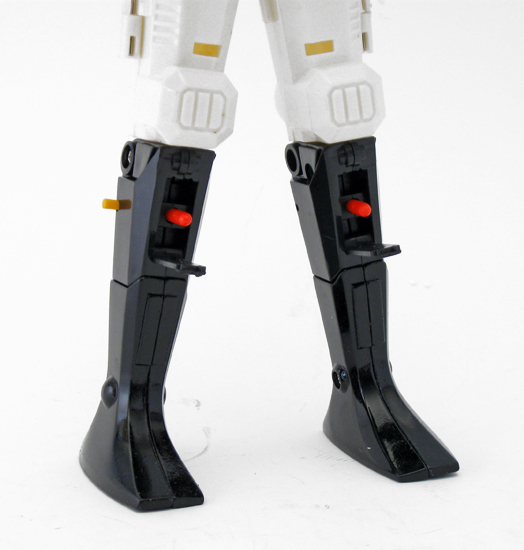 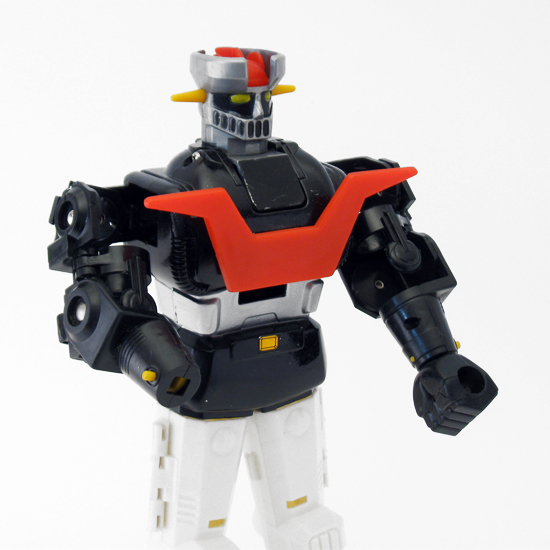 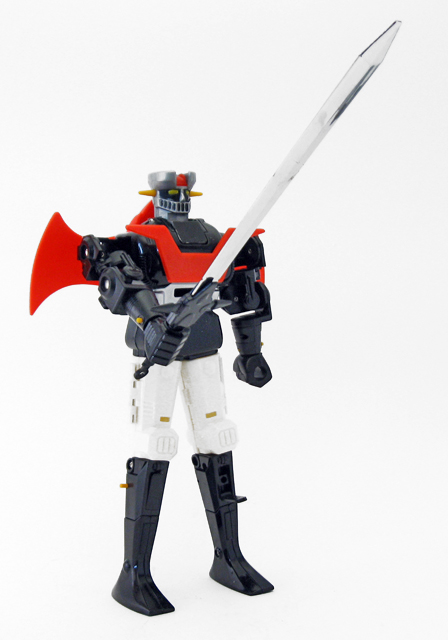 You can fit Dellinger inside, but the Giant's head can't close. Still looks interesting, though. 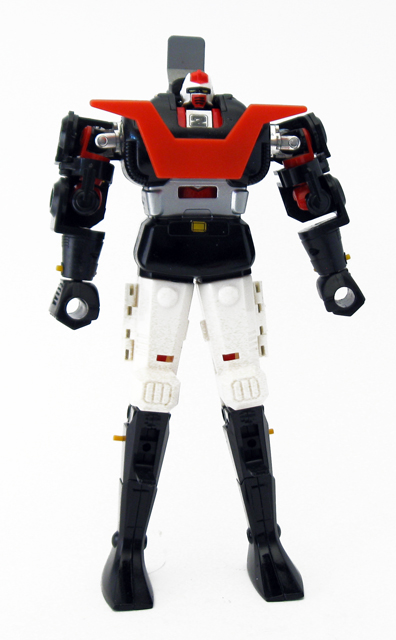 With Gardian, for comparison: 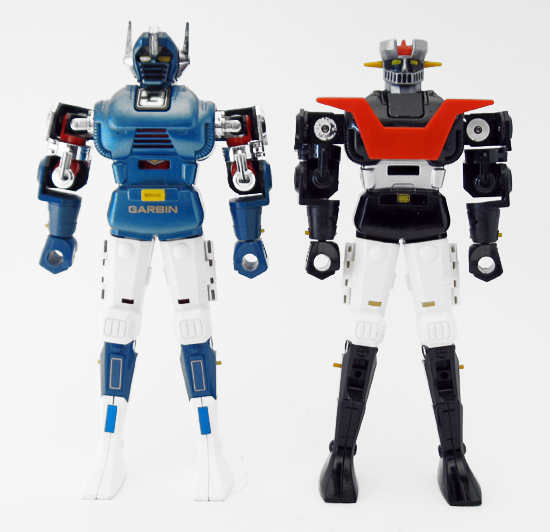 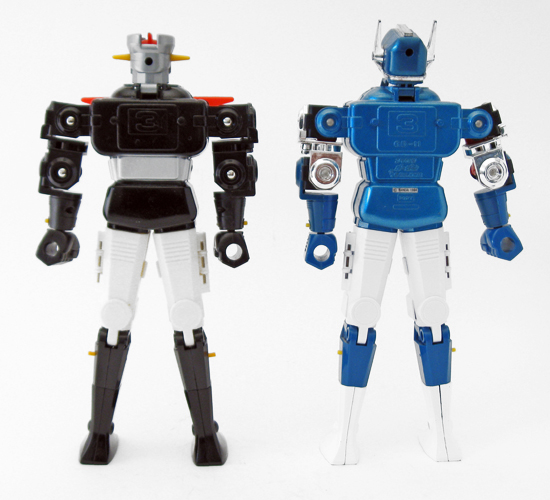 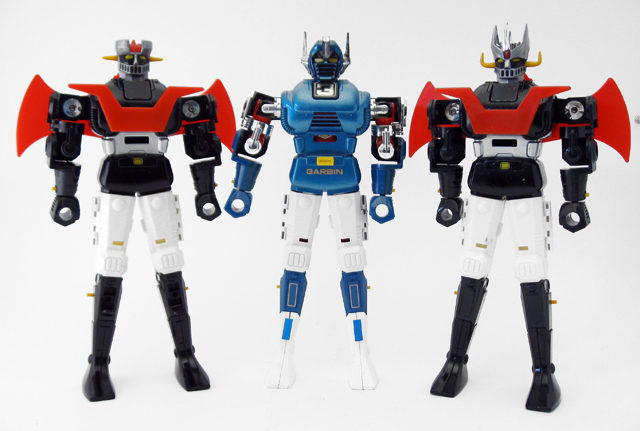 The giant is certainly unique, but I’d only recommend him for lovers of the strange. The best part about this toy is that it made me get Gardian out of the case. Gardian is a magnificent toy, and the Giant is its desecration. But kind of fun, all the same.

6 comments posted
I have no shame, I would

I have no shame, I would totally love both versions of these bootlegs in my collection. How hard are they to find?

Every few years the bootleggers make another batch, so keep your eyes open. There were a bunch of these maybe a year and a half ago for 25 bucks apiece. They will be back. I'll give you a head's up if I see any, though.

an Amalgam of Garbin an MAzinger! Sick!

They made the toy wrong! Obviously, Mazinger Z should fit inside Great Mazinger.

But I sure love it!

I have the Gardian bootleg, "Protector" (as a stand-in for when I can get an original), and your use of the word, "sleaze" is perfect!