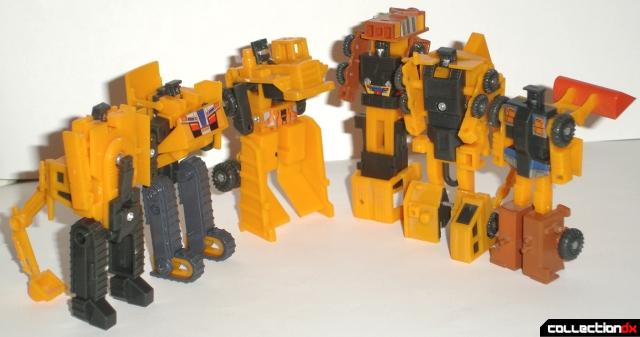 If you're a fan of the original Transformers, then you should at least be familiar with Devastator. He is a 6-part combiner robot who on the side of the evil Decepticons. If you're not a fan of Transformers or if you're just starting to get into the franchise, I recommend you take a look at this link. 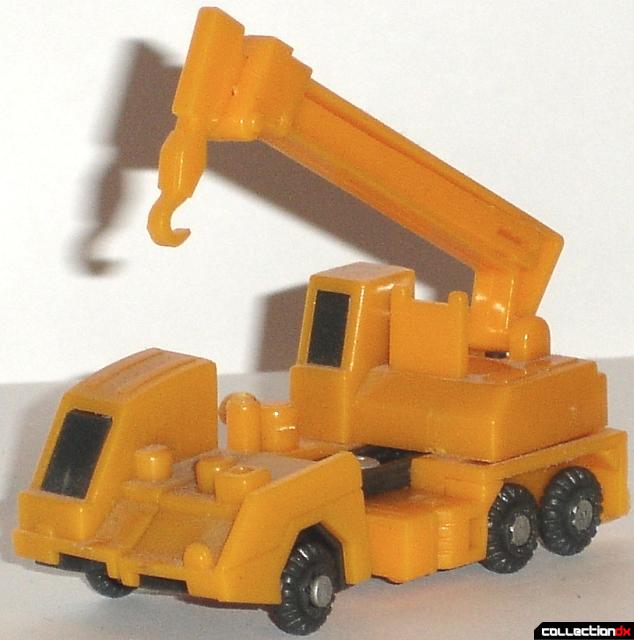 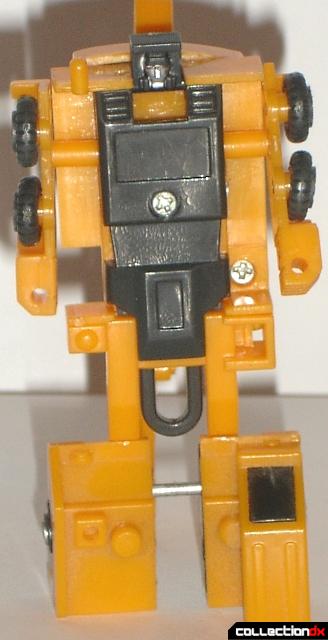 Hook transforms into a crane truck and forms the upper torso and head of Devastator. In robot mode he has 5 points of articulation and in crane mode he has 3 points: the base of the crane swivels 360 degrees, the hinge moves up and down, and the hook part slides in and out. Oddly he's not the leader of the Constructicons, at least according to the show... 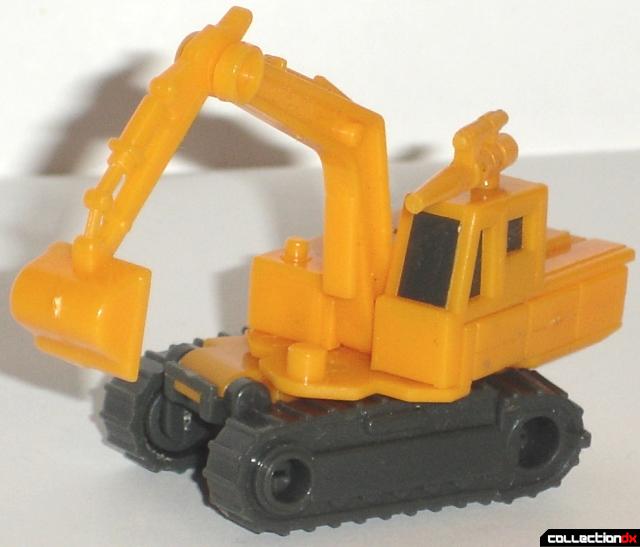 Scavenger transforms into a steam shovel and forms the right arm of Devastator. In robot mode he has 5 points of articulation and in vehicle mode he has 3: the base of the steam shovel swivels 360 degrees and there are two joints on the shovel arm. Like the original version, Scavenger's small gun can plug in on top of his vehicle mode. 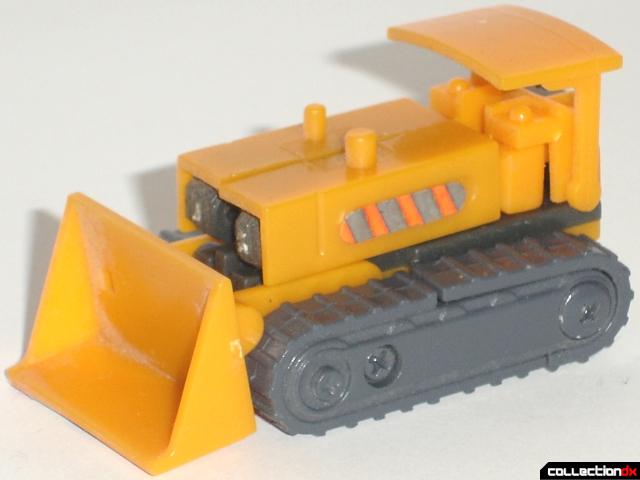 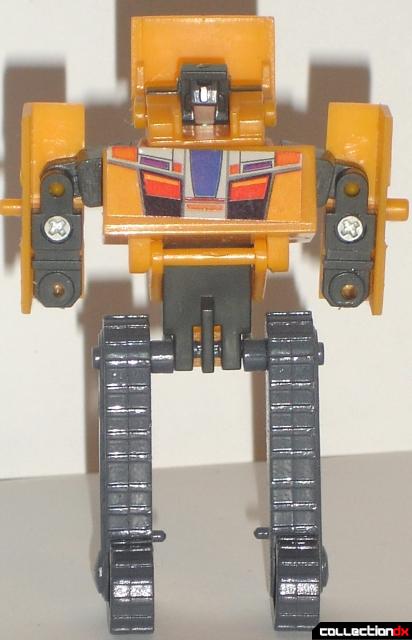 Bonecrusher transforms into a bulldozer and forms the left arm of Devastator. In robot mode I want to say he has 5 points of articulation, but his legs can't move separately so I'll stick with 4. In vehicle mode the only articulation he has is his bucket which has 2 points. 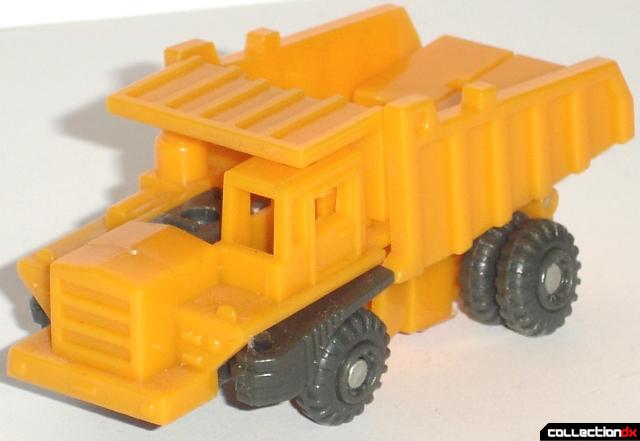 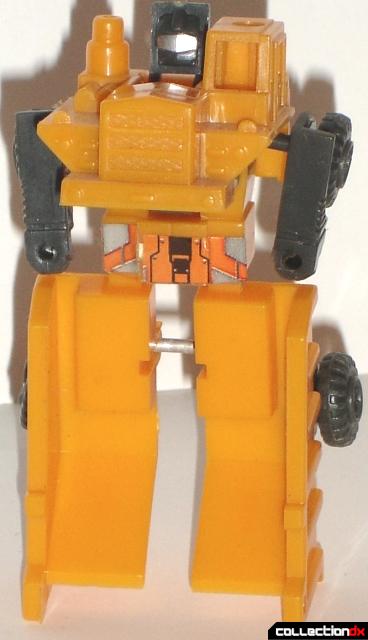 Longhaul transforms into a dump truck and has 5 points of articulation in robot mode. In vehicle mode the rear part of the truck moves (due to transformation of course) so I'll count that as articulation. Longhaul forms the lower torso and thighs of Devastator. 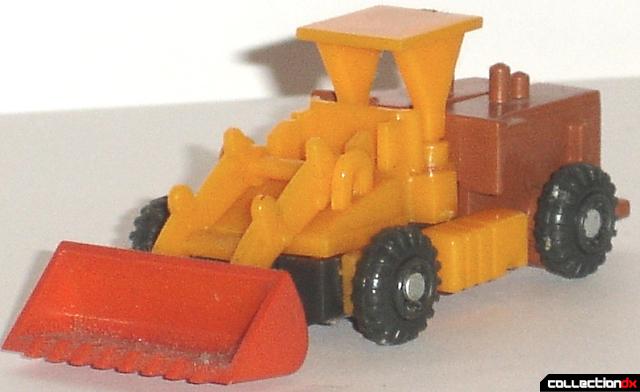 Scrapper transforms into a payloader and forms the right leg of Devastator. In robot mode he has 4 points of articulation and in vehicle mode only 1 point. Even though he forms a leg, he's been appointed as the leader of the Constructicons. 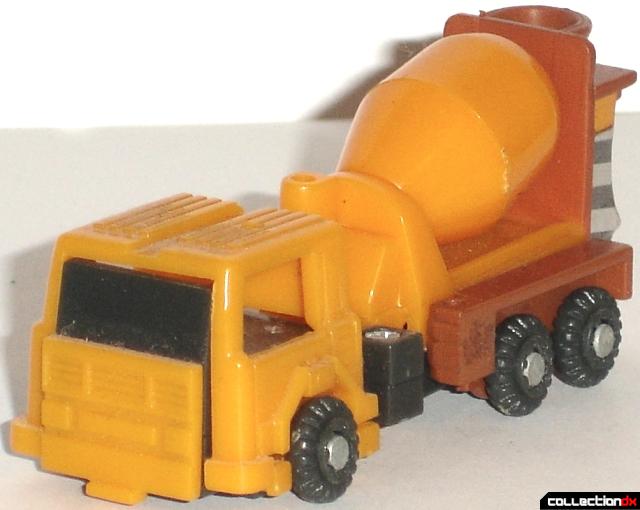 Lastly we have Mixmaster, the cement mixer. In robot mode he has a measly 2 points of articulation. At least his cement drum can rotate. Mixmaster forms the left leg of Devastator. 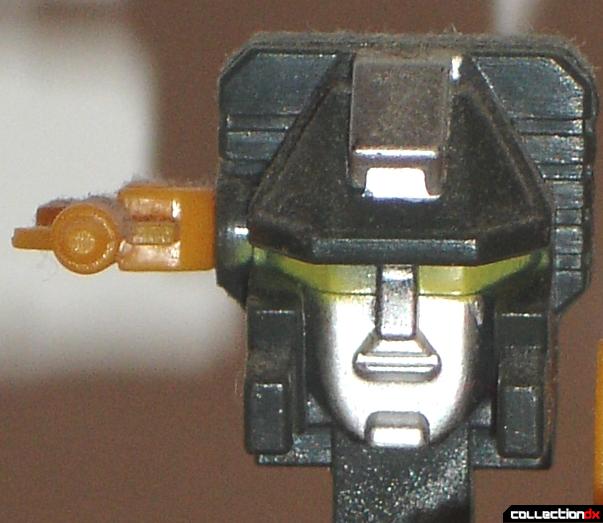 Now, I'll be going over the oh so very slight differences between this version of Devastator and the larger, legit one... 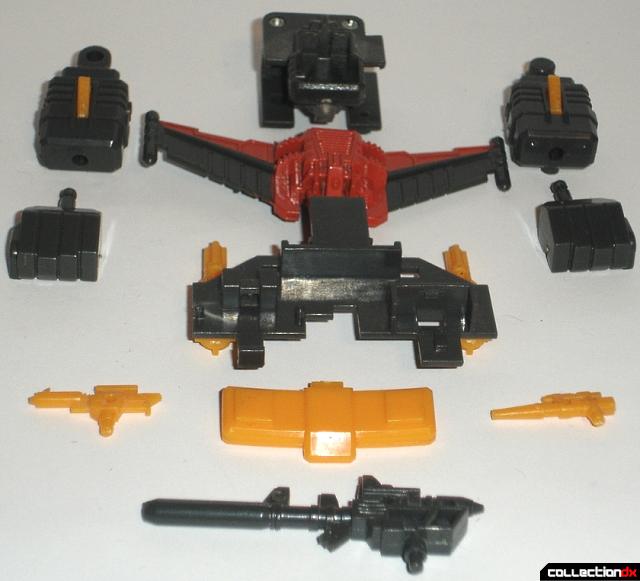 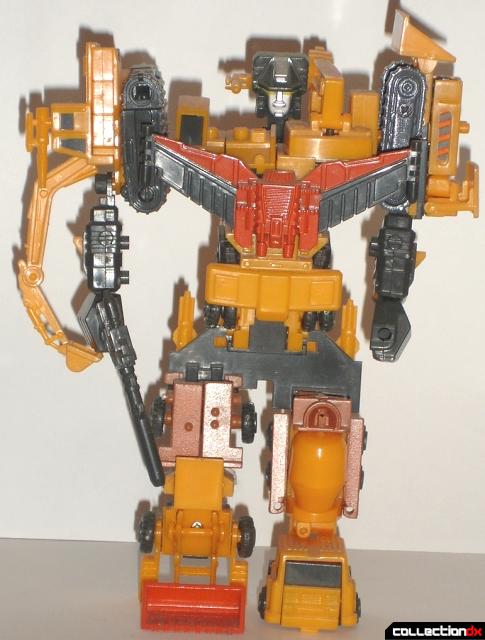 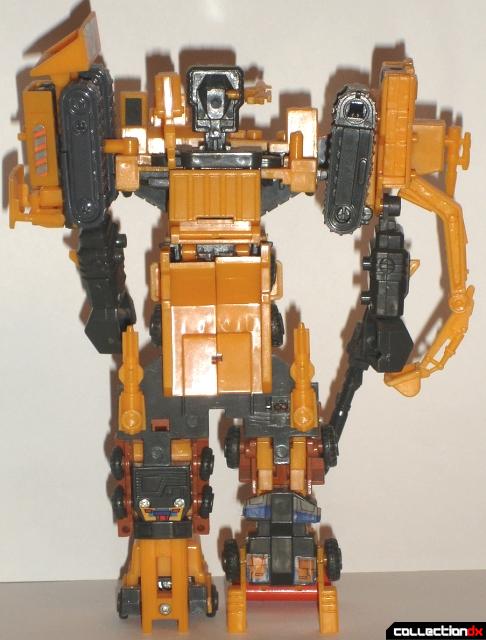 I've read reviews as well as the instruction manual for the original Devastator and let me proudly say that this miniature knock off version is basically the same except for different size, colors, and this version didn't come with a few minor accessories but I can over look that. This is among one of the better KO's I own. Even both of the missile launchers work! He gets major points for that. Mixmaster's has been neutered but as I said, minor stuff like that I can over look. He came with crappy pre-applied stickers, but I just went ahead and pulled them off. Even there are some slight mold imperfections, fragility, and one or two loose points, I've had him safely on the shelf for several years. He fell once and survived with everything intact. (all thanks to a thick rug in my room) There are are many KO versions of Devastator out there. Some good and some blah so please be very careful when searching. I think I got lucky with this one. Unfortunately I no longer have the packaging so I can't tell you who the company was that made this.

Before I close this review, I would like to say that I have yet another small sized ko Devastator. Even though that one is green and purple, it's the complete polar opposite of the one I reviewed. In short, it's TERRIBLE! The launchers have been gutted, the combiner parts don't fit together that well, and worst it's been simplified! So yeah, when searching for KO's it really is a matter of luck.

Is that a blaster sticking out of its head?

Why yes, it certainly is! This was actually in the instruction manual for the original. Matter of fact, if you Google "G1 Devastator toy" right now most of the results will show a picture of him with a gun on the side of his head.