Although I'm only just now getting around to uploading a review of this specific toy, I mentioned it in the first installment of my Junior Machinder Overview series a few years ago. I was of the opinion then that this toy might be the very first of it's kind to be released in Italy and I still hold to that belief. To recap, New Gio Co. released a series of six toys, split into two waves, called Robot Serie Dragon. Each toy in that line would be re-released in various forms and in different boxes by different companies later. The earliest wave of this line featured two characters, Kondor Bleu and Mantide Nera. Strangely, although both of these toys are depicted on the sides of the box and on the checklist on the top, only Mantide Nera is shown on the front, along with Aquila Nera, who would be from the second wave. 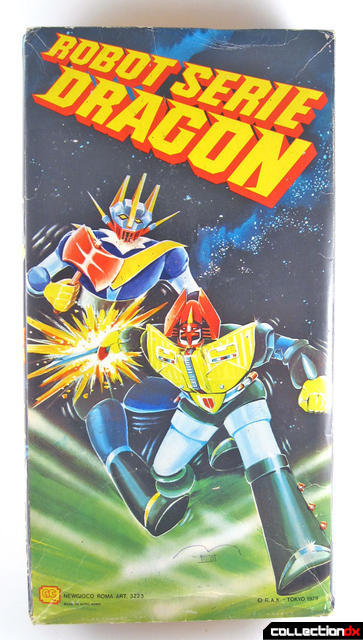 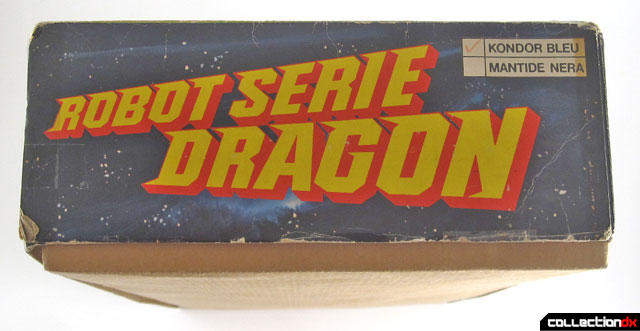 The toy itself is of the character Robo Kress from the anime Blocker Gundan IV Machine Blaster, which seems to have been far more popular in Italy than it was in it's home country of Japan. It is based on the Takemi Big Robo toy version of the character, with a couple changes made. Most notably, a shiny gold "V" has been placed over the yellow vinyl covering on the torso. On the original toy, that covering is a darker yellow and "Robo Kress" is written in Japanese on it. 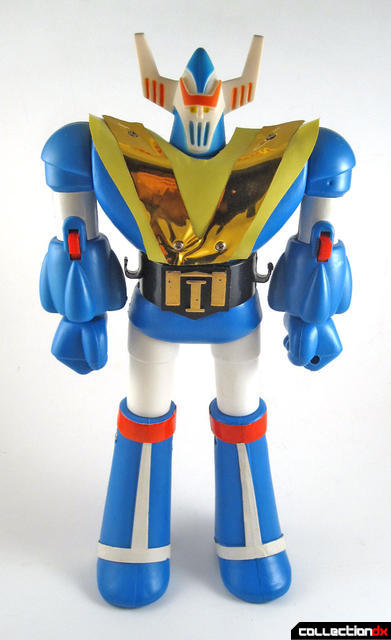 The Takemi version also has the name of the anime on the back of the toy while the New Gio Co. version is blank. 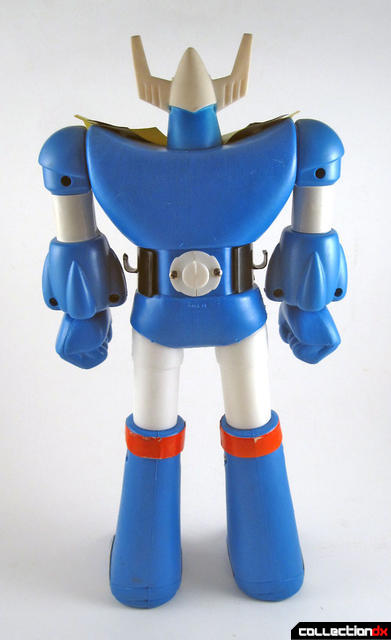 Furthermore, the original toy only shoots the right fist while this version shoots both. (Later versions would have different fist shooting mechanisms, but I'll cover those in later reviews.) It's always great when a bootleg version adds extra gimmicks that the original did not have! 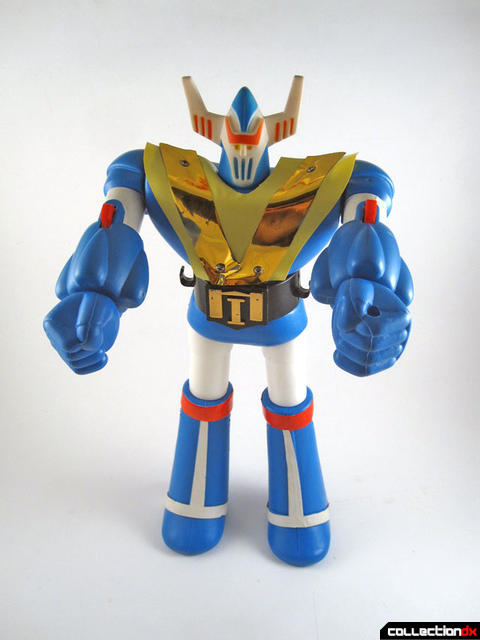 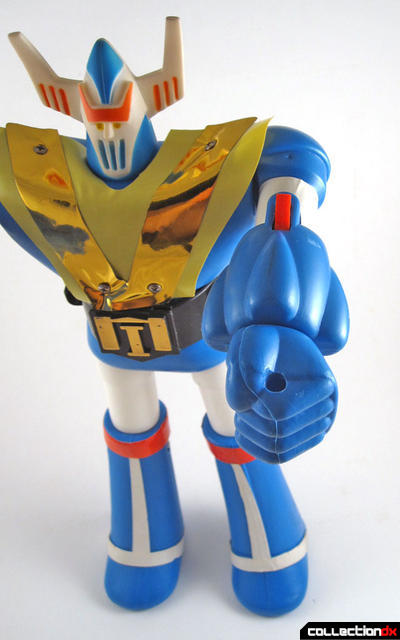 While both versions come with one axe and two missiles (which can be stored on the belt and shoot from the waist), the color of the weapons has been changed. The original has a yellow axe and yellow missiles with black fins while the bootleg one has a red axe with white missiles and red fins.

I should point out here that I've also seen it with red missiles with black fins and that is also how it's shown on the box. Mine has these accessories sealed in the bag and I'm not sure if it was sold that way or if another collector along the way just put these ones in to complete the toy. 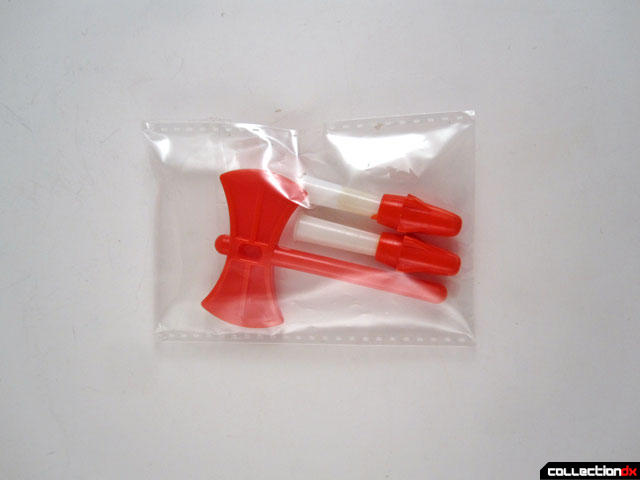 Aside from all that, there's not much else to add about the toy. It's roughly 14.5" tall with minimal articulation. It's a nice representation of the character overall, but the detail isn't quite as sharp as the Takemi version. This New Gio Co. version is somewhat tough to find, but the toy was also released by other companies in other boxes and if you just want the toy but don't care which version, those turn up far more frequently, particularly the "Space Warrior" version. I'll cover that at a later date.

The last thing I'll point out about this toy is that although I've referred to it as a bootleg throughout this article, the box is actually printed with ©R.A.K. - Tokyo 1979 on it. I'm not exactly sure who that is supposed to be though since I've never heard of any company by that name. So is this a legitimate licensed toy?

Great write up thank you. Your whole Machinder overview is so cool.

The gold foil really elevates this.