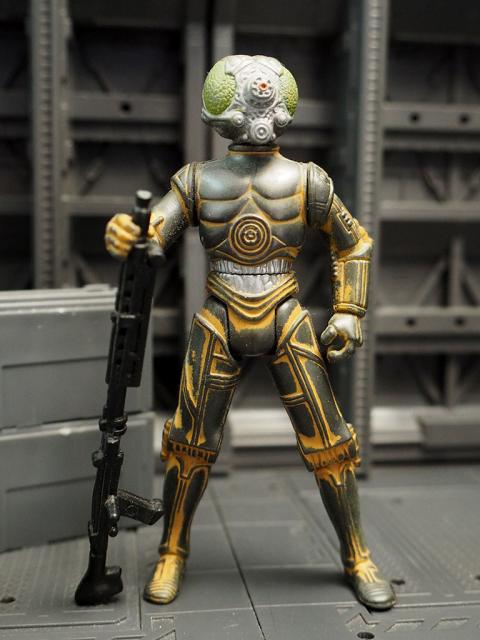 It's been a few years, but I still have a soft spot for Bounty Hunters, specifically 4-LOM and Zuckuss. I've talked about it here, here and here. This particular version of Zuckuss is the first "modern" version of the character, released as part of the Power of the Force line in 1997. 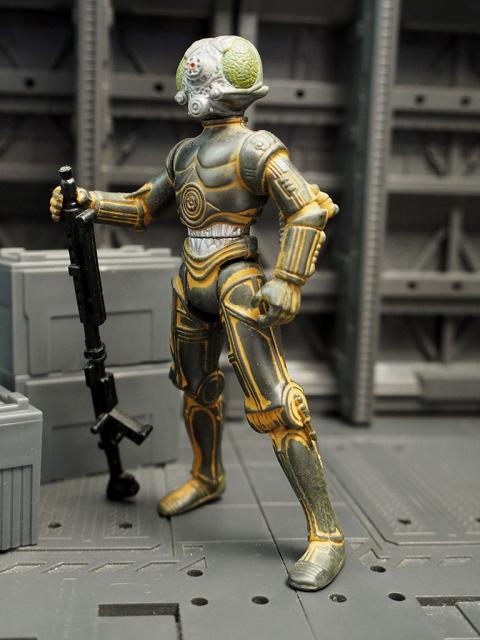 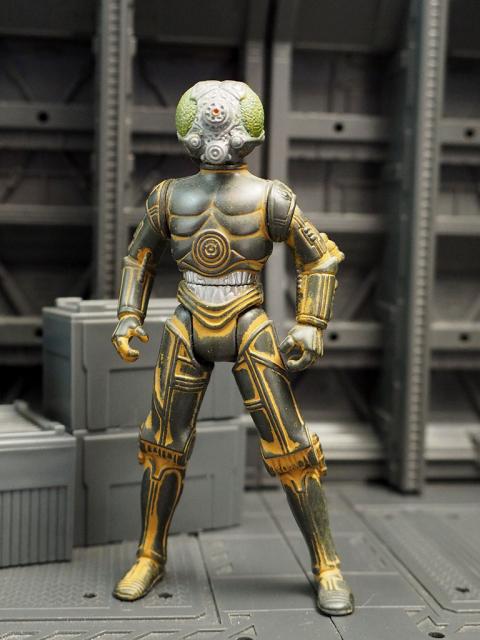 As such, he has the bulky heroic proportions of the era. This was just before Hasbro figured out kids (and collectors) wanted more accurate likenesses. The paint applications are thick and overdone. What is supposed to be a light brushing of rust covers most of the lower half. 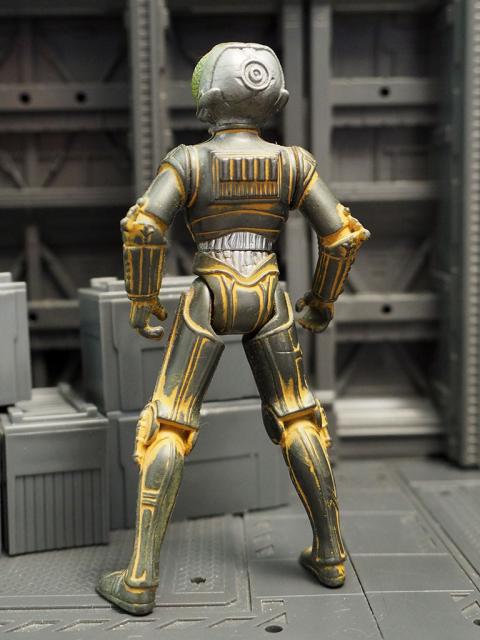 While out of character, it is kind of cool seeing 4-LOM look aggressive. It suits him. 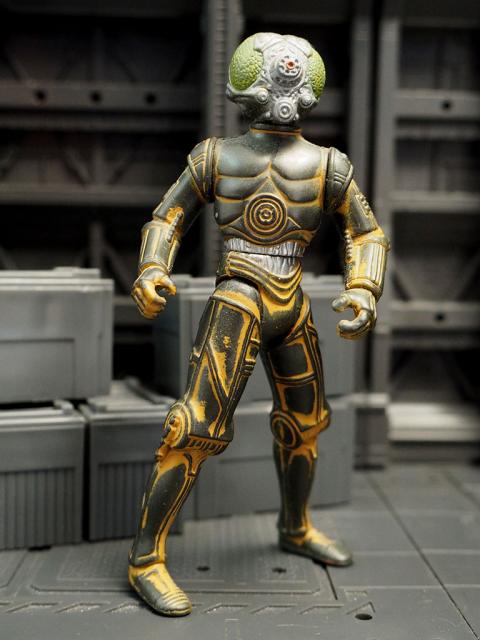 He's technically got 6 points of articulation, as they added a waist joint, which looks terrible where they cut it. 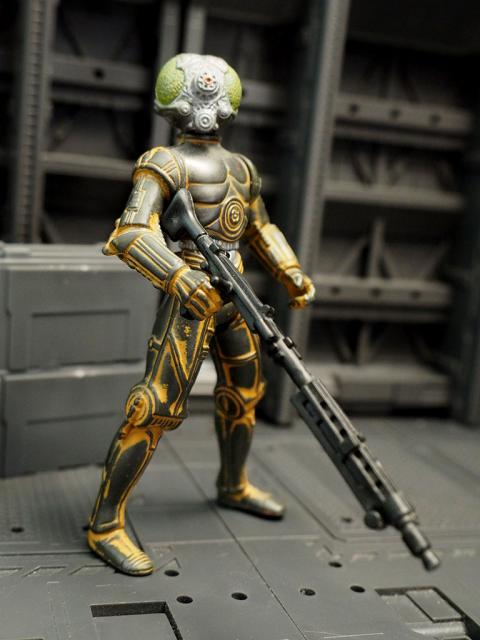 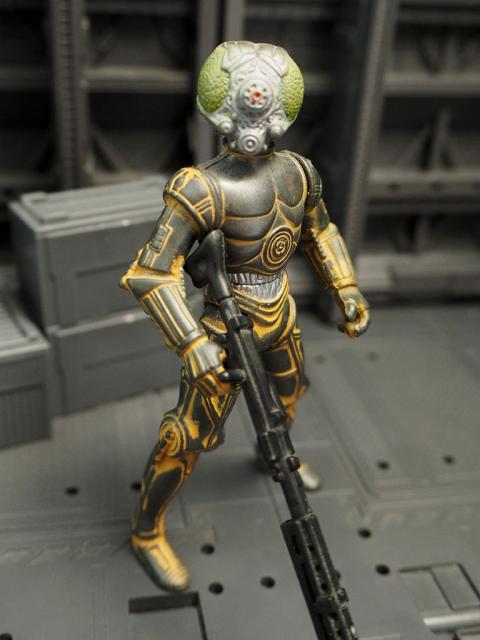 4-LOM comes with a heavy blaster, which he can actually hold (which is more than can be said of other versions). Not a bad figure, just a product of it's time.