Released in 2007 through Corgi as part of Star Trek's 40th anniversary. This review is for the ship that started it all...simply Enterprise. 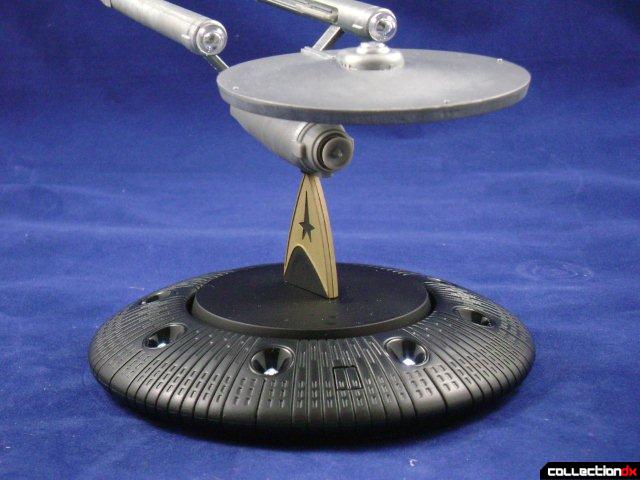 It comes in a blue box, that opens and unfolds into a history of the ship. 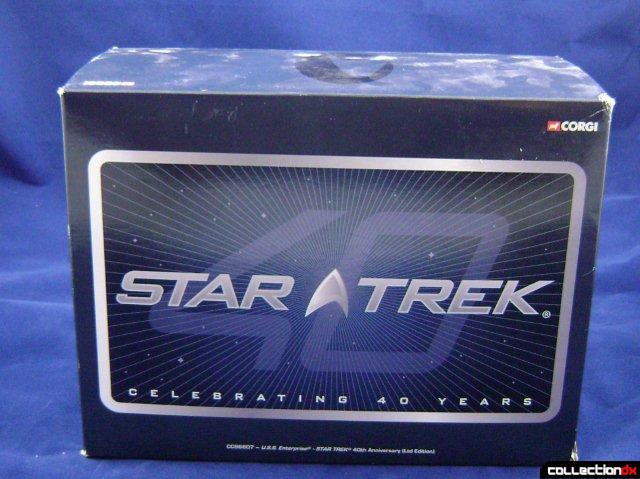 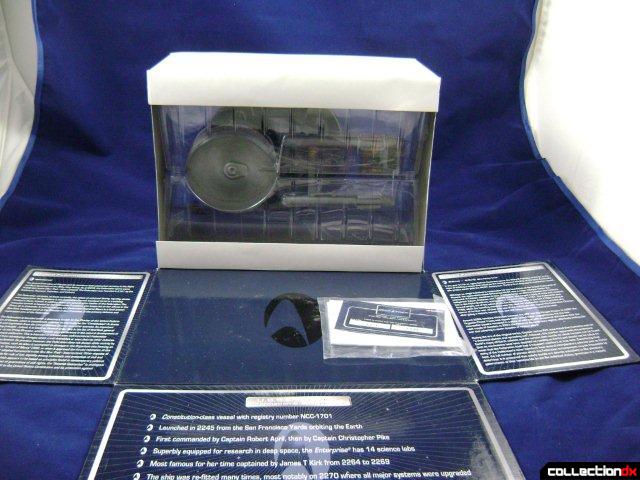 It comes in plastic tray with a certificate, stand, and light up base. 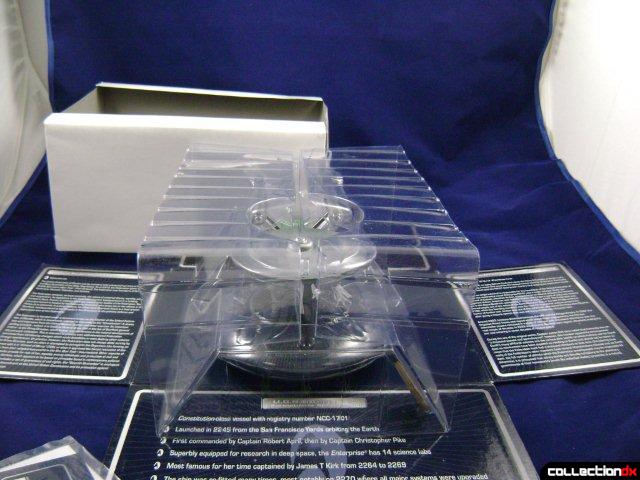 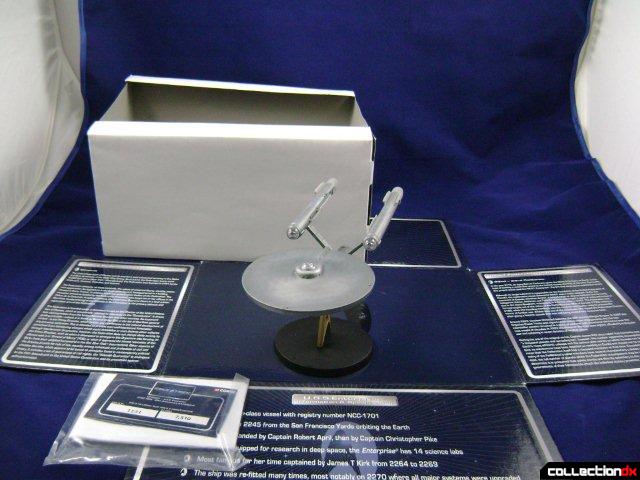 The stand fits the ship via a black peg. 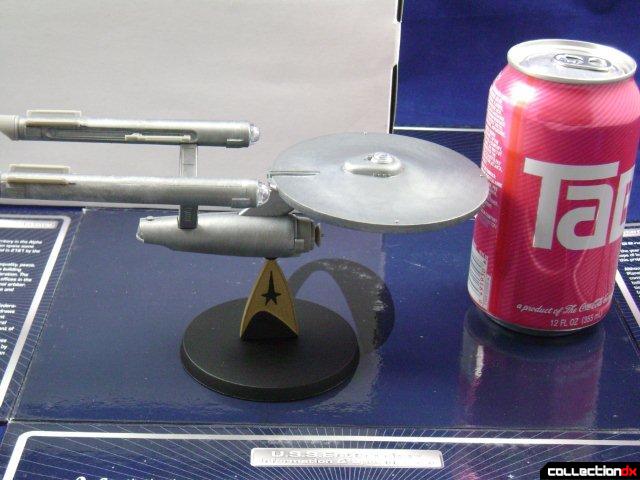 The stand then is placed in the light up base. The base lights up in a fade in and fade out blinking. 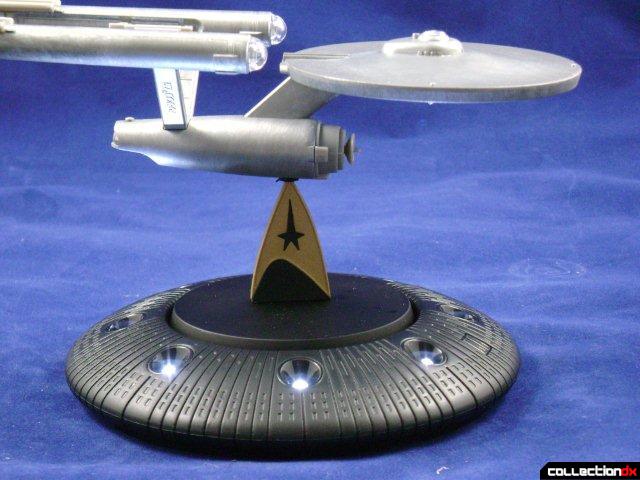 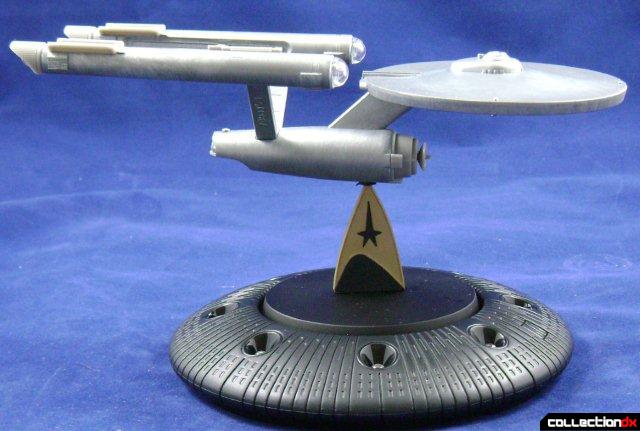 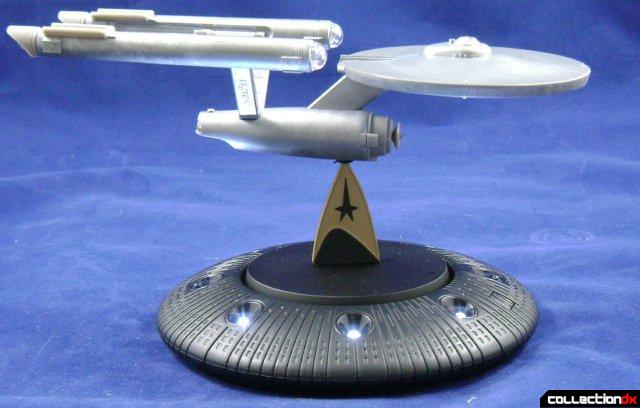 It was twenty five dollars including shipping and all die cast, so I purchased it. I was upset on the total starkness of the item...it is not silver...it is bare metal. It does look cool with lights flashing, but really wish it was colored and had decals. I had the colored version and wish I still had to put on the light up base. If I was not so clueless with painting or decals I would paint it... instead I will let it grow on me. 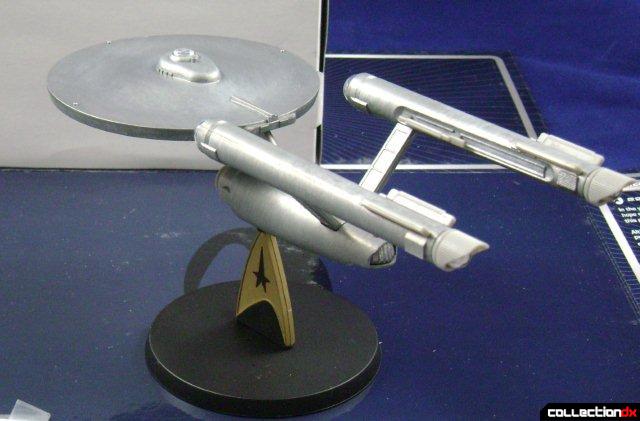 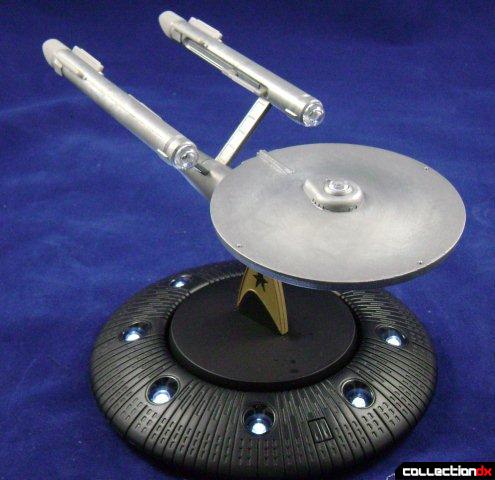 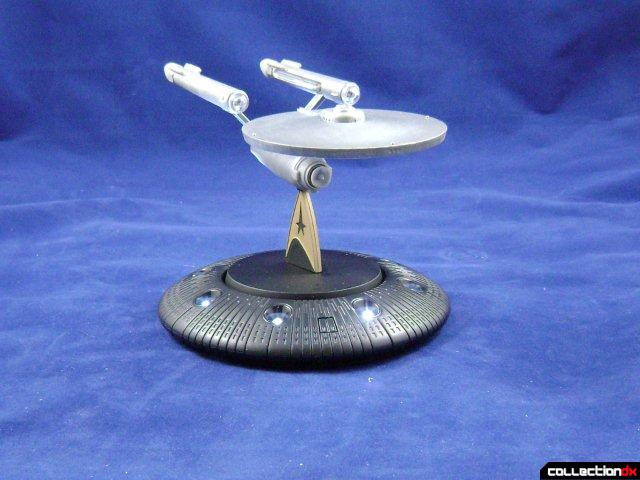 [Note: some sites and blogs says base has sound effects, there are none]

4 comments posted
the ultimate enterprise would

the ultimate enterprise would be one where you can pull out the panels and see the cut-away view.

Isn't there a model kit that features this?

They'd have to dumb-down the SFX majorly if they were to do that- including the infamous shaky camera and lens flares! They'd also have to re-do the Engineering sections into much-smaller sets because most of that is from location shoots which would be impossible on a TV budget.