Continuing the Overwatch Nendoroid lineup is climate scientist Mei, a woman awoken from a decade of cold sleep to discover a vastly different world than she remembers. I was happily surprised when she was released so early in the lineup, and she’s nearly perfect. 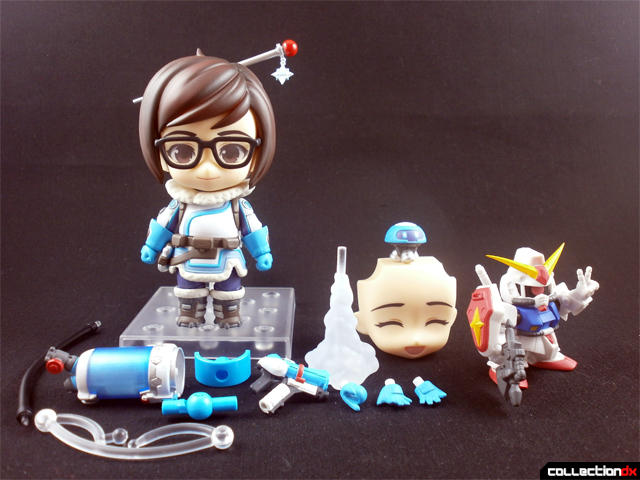 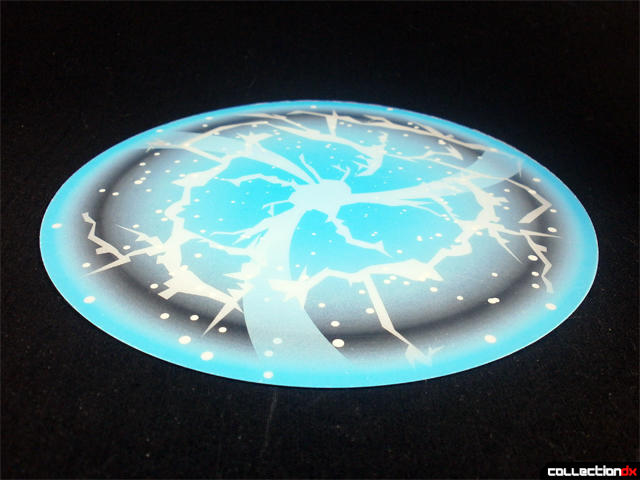 Mei comes with a whole bunch of accessories, including:

The only other things I might have liked would have been another faceplate, and maybe an icicle for her gun’s alternate fire. If you’re so inclined there are other ice-wielding Nendoroid characters out there you can borrow similar parts from. 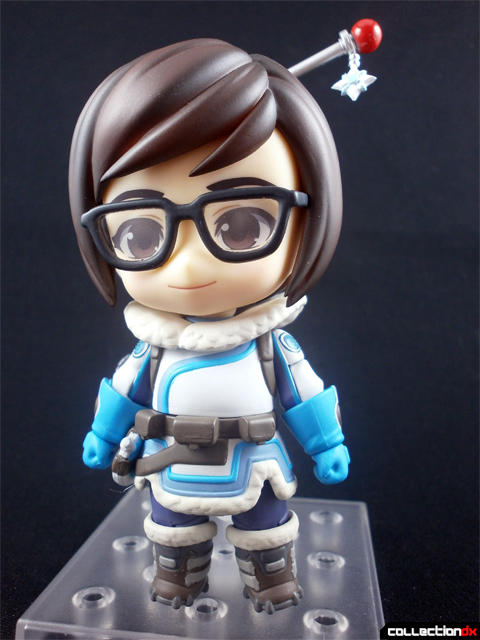 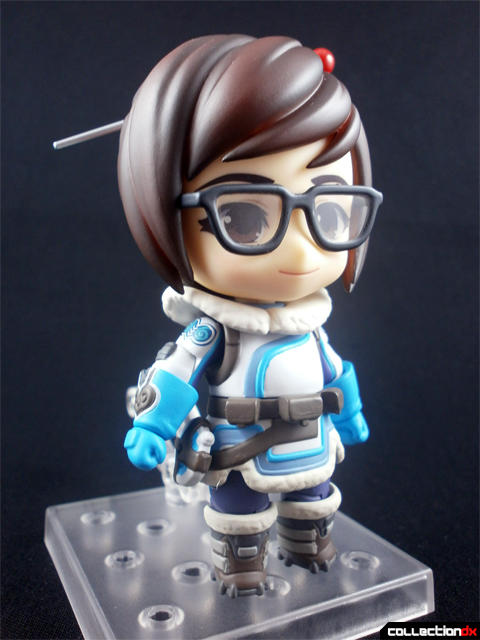 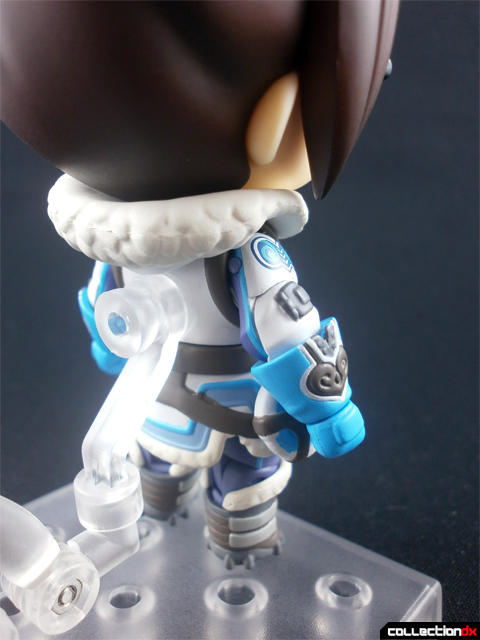 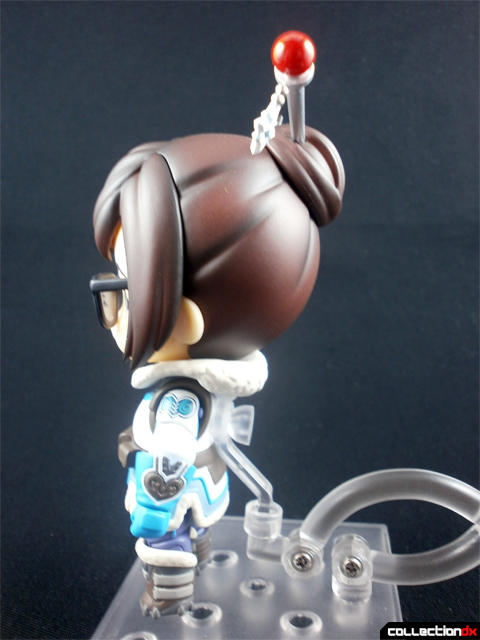 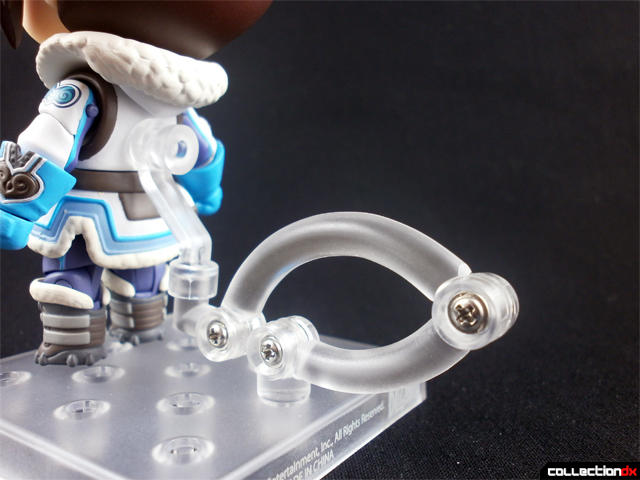 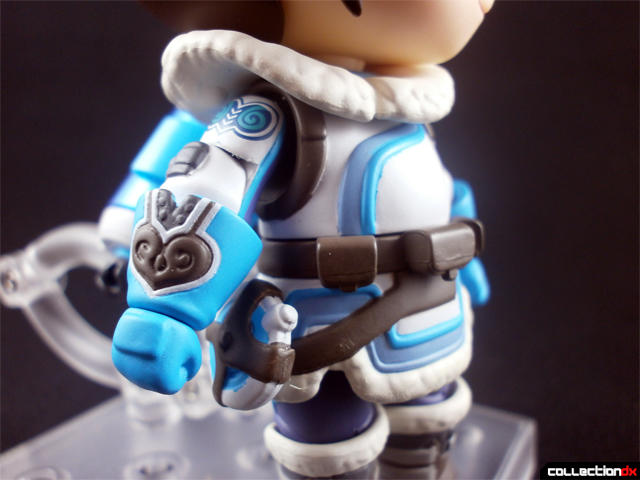 Mei might be small but practically every detail of her outfit is rendered perfectly. The display stand is noticeably different from the typical Nendoroid stand to allow her to wear her backpack. If you don’t want to have her wear the backpack, there’s a small clear piece that you can use to attach her to the stand instead. 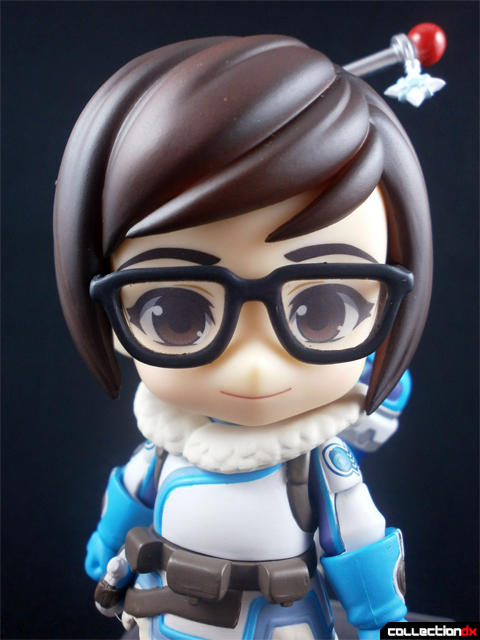 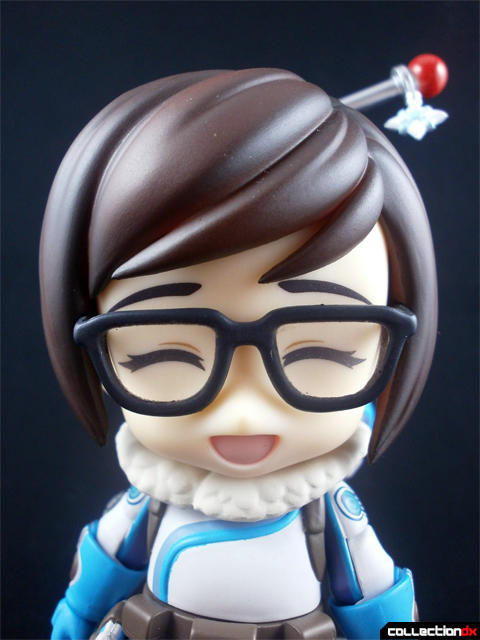 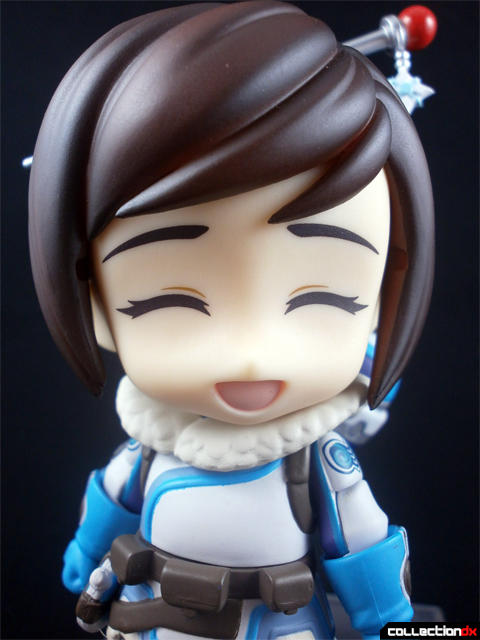 You have your choice of two expressions for Mei, and you can also remove her glasses from the back of the hair piece if you like. 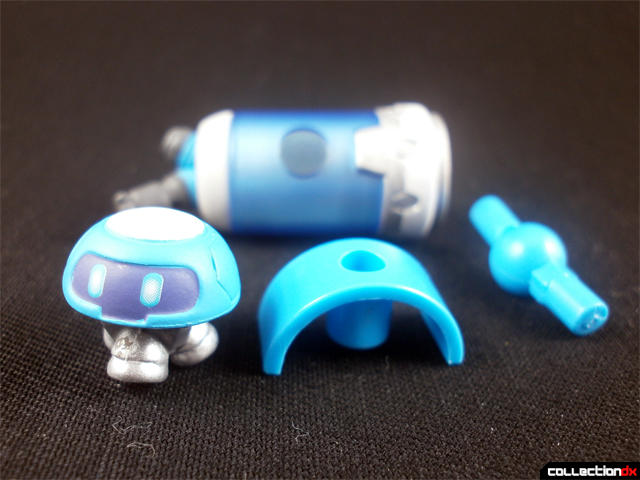 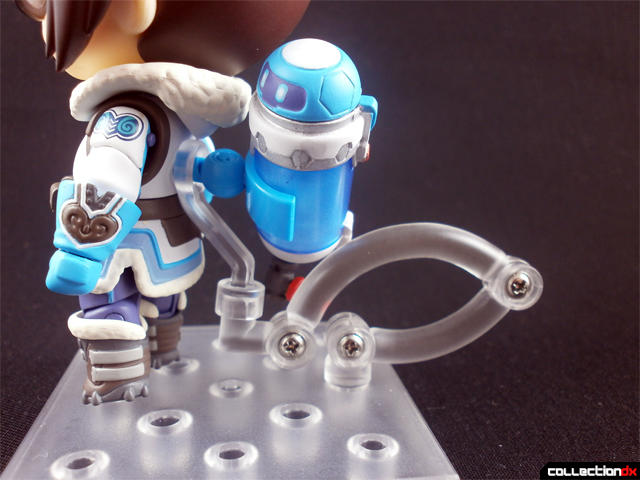 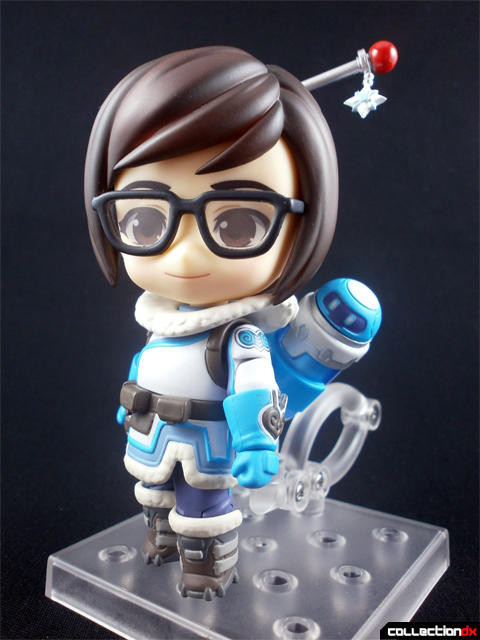 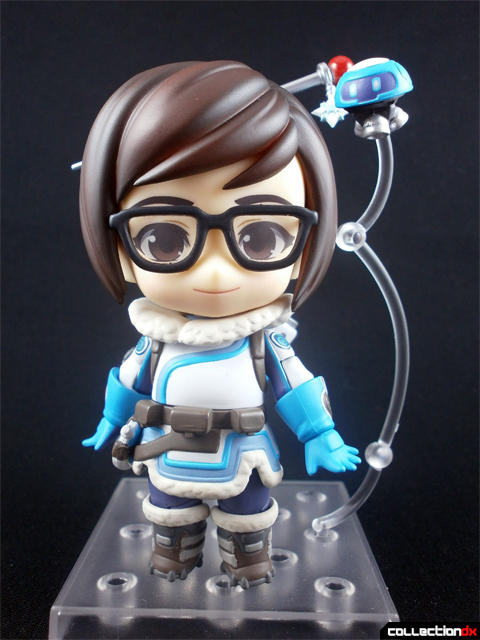 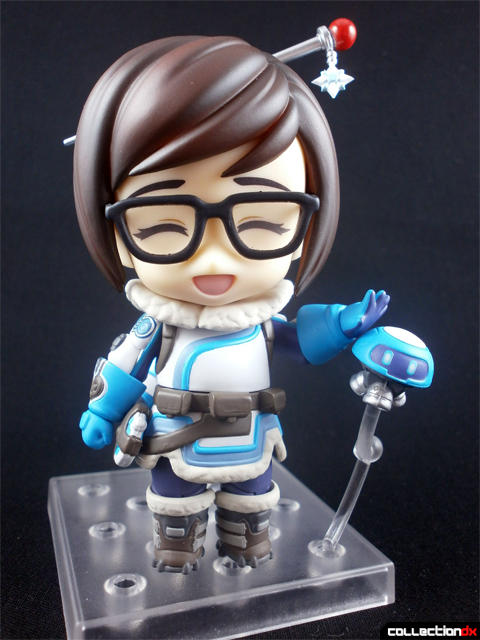 Use the shown parts to attach the backpack and place Snowball snugly inside. You can also use the small stand to have him float all around and recreate some of Mei’s emotes. 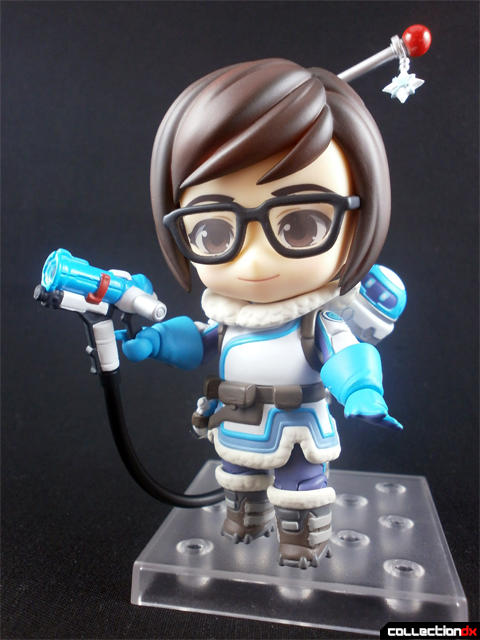 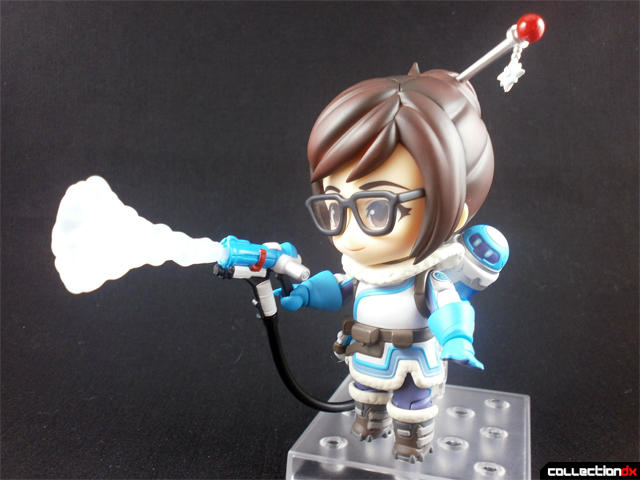 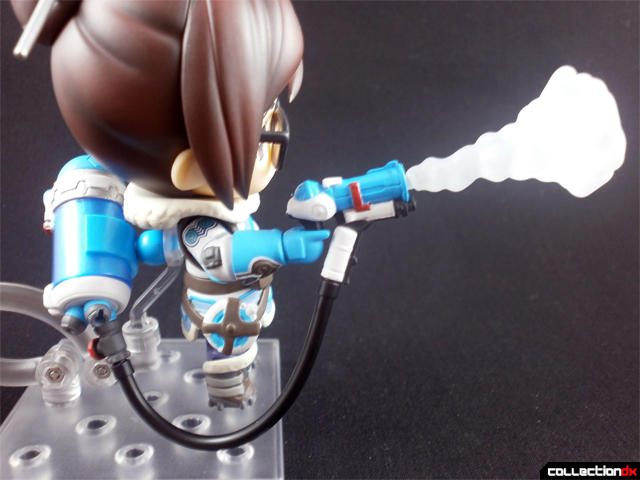 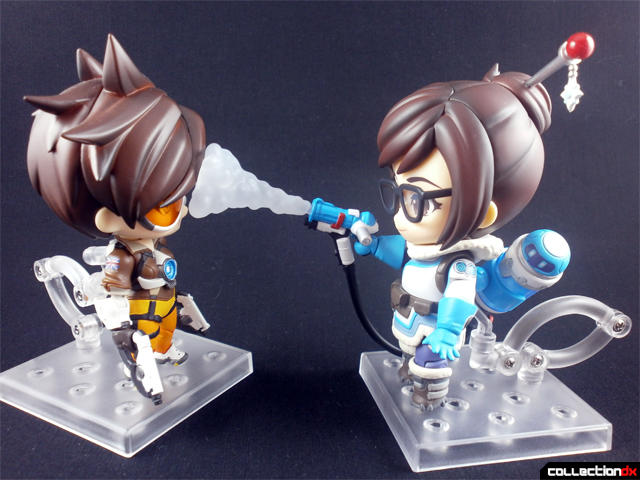 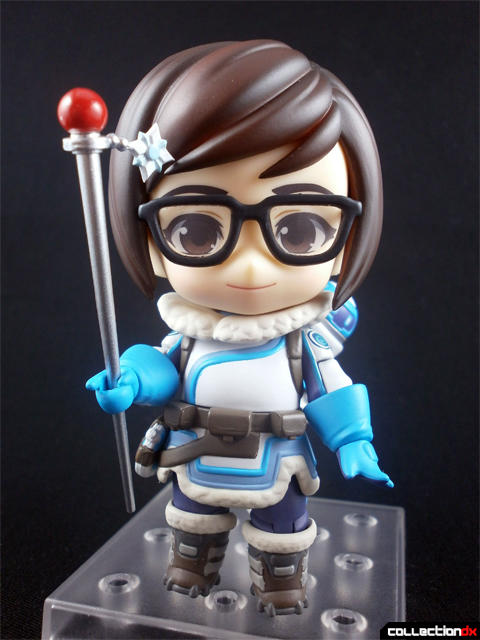 Attach Mei’s gun to her backpack with the tube piece and she’s ready for action! The big freeze effect piece is a good touch and allows you to replicate Mei’s ultimate attack, Blizzard. The hand that can hold the gun can also wield her hairpin, if you’re so inclined. 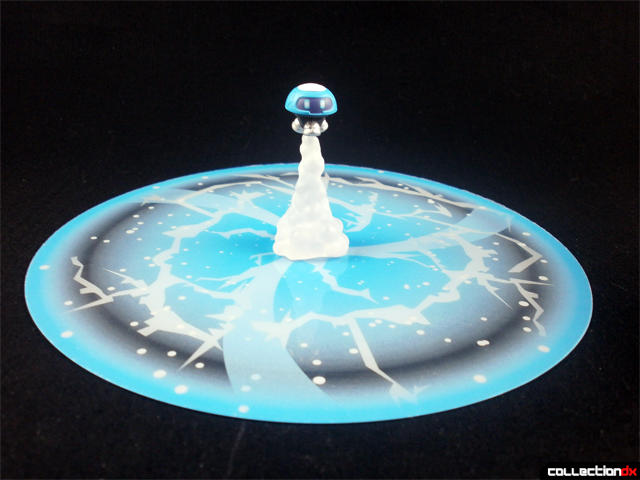 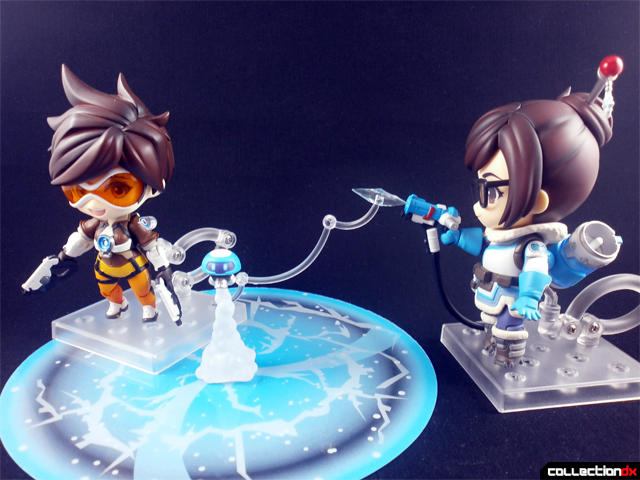 When I got this Nendoroid, I had one big question, which was “but can it do Mei’s dance emote”. In game, Mei does, for reasons no one seems quite certain of, Haruhi Suzumiya’s Hare Hare Yukai. The answer to the question is “kinda, but there’s only so much you can do with these stubbly little arms”.

If I’m being nitpicky, there’s a few more things I would have liked this Nendoroid to come with, but overall, Mei is a great release that I had a lot of fun with. She’s popping up at local retailers all over as well, so you won’t even need to import her. Look forward to Nendoroid Mercy’s review coming soon. 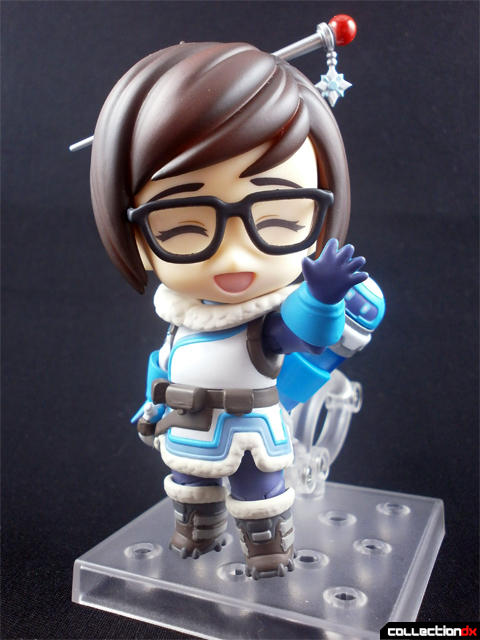 Why thank you! I think I'm going to try to do one for each Overwatch figure I do from now on, it's a lot of fun.