Truth be told, I don't know a whole lot about Pokemon in general or Pikachu in particular, despite it being a genuine pop culture phenomenon. In fact, I only just found out that Pikachu is a species of Pokemon, rather than a specific character. Like Hello Kitty and My Melody before, this one will ultimately live on my girlfriend's toy shelf.

What I can say about it as a character is that it's cute. There's no point in me denying it, I guess. But beyond that, I'll be sticking to just the facts about the figure itself. At only 4" tall to the tip of the ears, Pikachu is packaged in a diminutive (5" x 5" x 2") window box. Is the gray Pikachu on the cover a friend to the one inside? 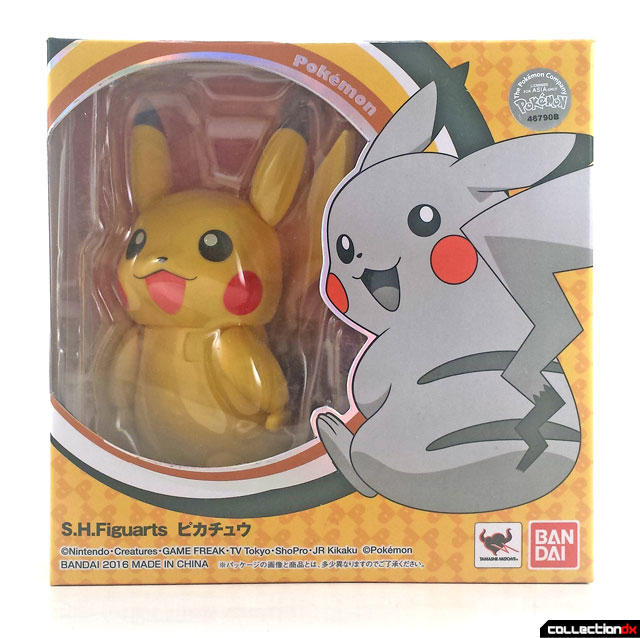 The back of the box shows other Pokemon characters. I shouldn't be surprised that there are others, but I honestly didn't know when I agreed to review this one. Perhaps now I gotta catch'em all. What have I gotten myself into? 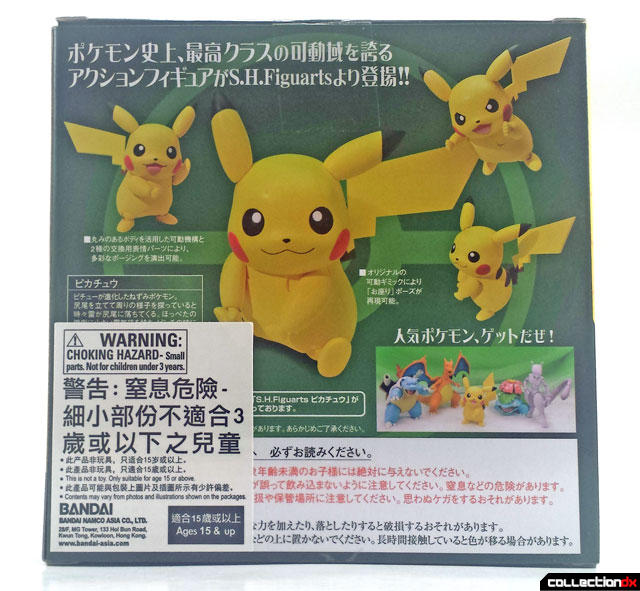 As is commonplace these days, the figure rests in a plastic tray with it's accessories, which include a pair of extra hands and 2 other faces. 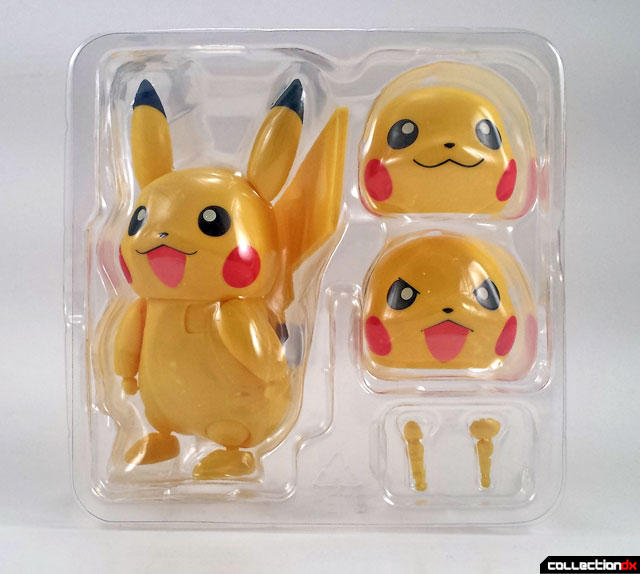 The default face features the character with mouth agape and looking very playful and happy. 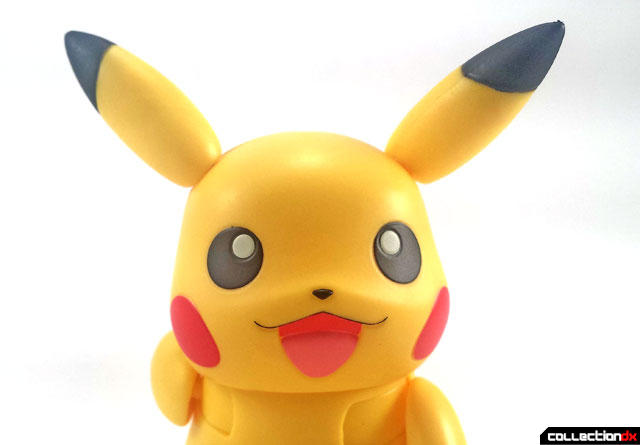 To change this expression, you need to pull the face straight out from the head. Although I've done it a couple of times, I've found it slightly difficult simply because the head is mostly a smooth, rounded surface, with no place to really get a grip. Perhaps the use of a thin object to pry it away would help a bit, at least to get you started. 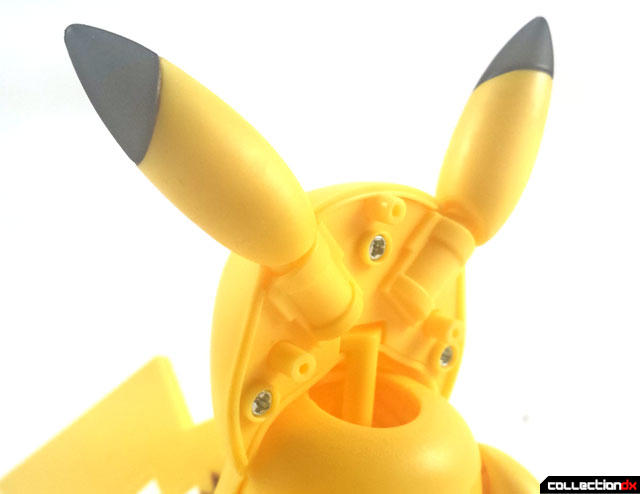 Apparently Pikachu isn't always so playful and happy, though. Here, it looks quite angry indeed! 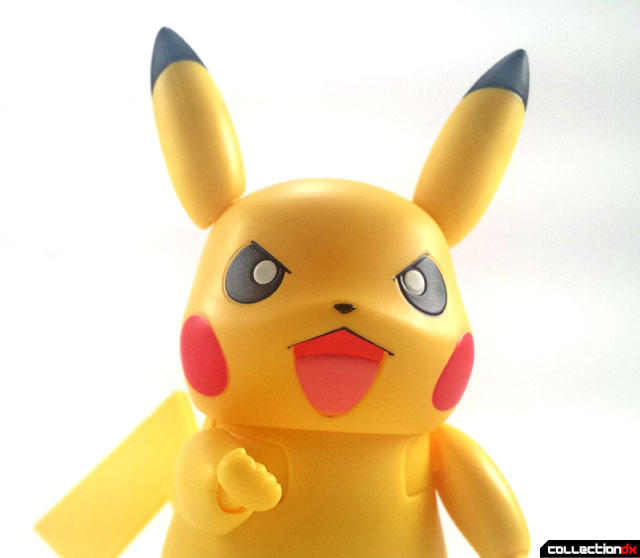 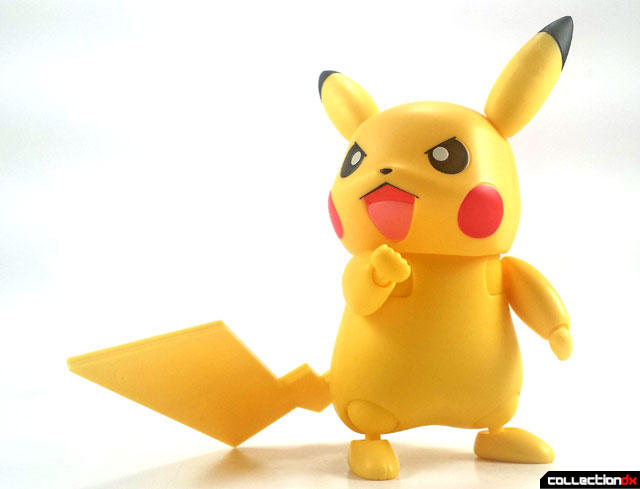 Personally, I prefer the third and final expression, a more neutral, contented look. 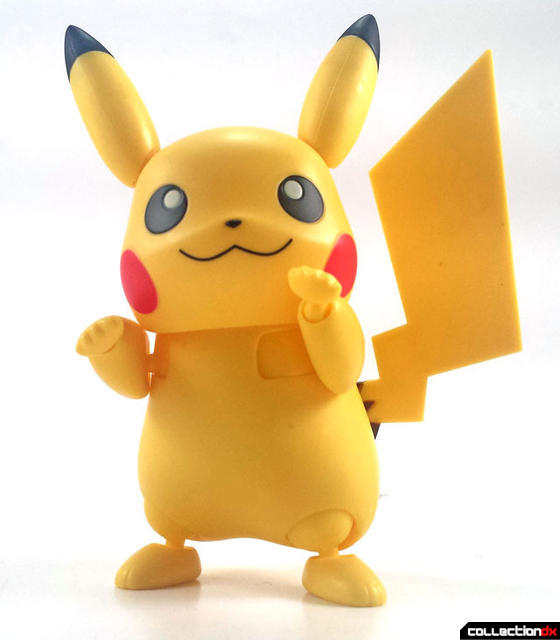 Although small in stature, it does include a wide range of articulation. Most of the joints are a combination ball and swivel joint. The only one that is a bit unique is the shoulders. These slide from back to front in the torso and then have a ball joint in the arms. I do sort of wish that this same system was used on the ears though, so that you could pin them back a bit, like in the picture on the front of the box. 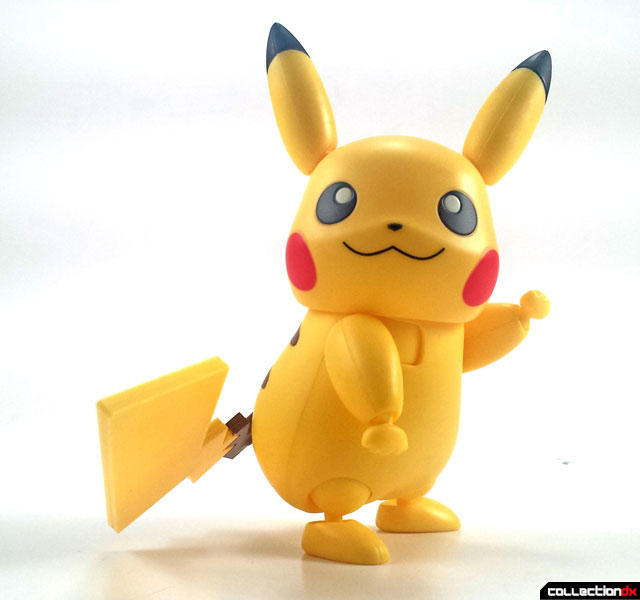 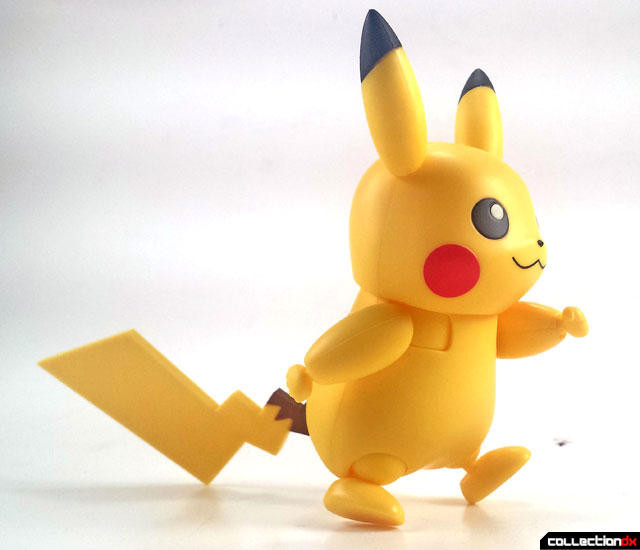 Pikachu's rather large tail is also double jointed and can also be used to help prop up the figure, not that it has any issues standing. 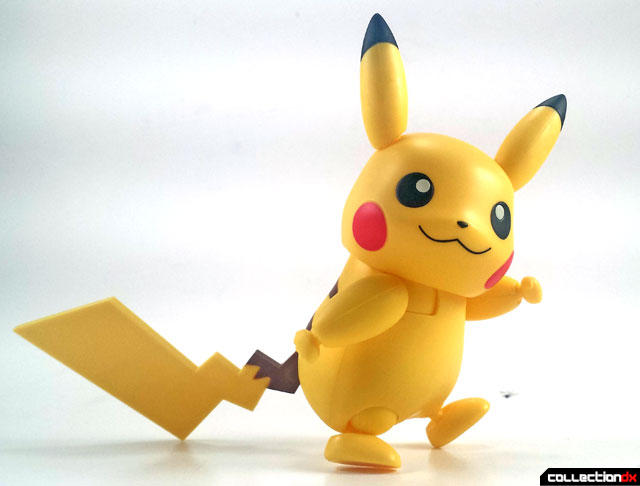 The only thing about the toy that I didn't care for was the extra fists. When I went to swap them out, the replacement ones would sometimes separate into two pieces when I applied the pressure necessary to insert them into the arms. Frankly, I think they are so small and so similar that there's not much to distinguish them and so there's really not much reason to even bother in the first place. 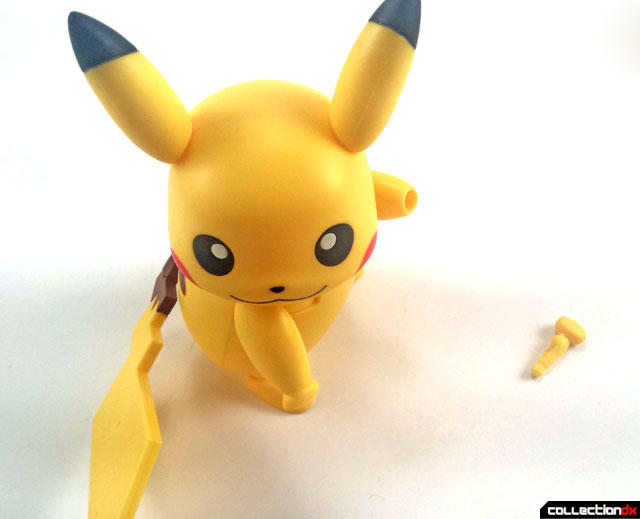 I gotta say that it feels like a solid figure. It's well made and has enough articulation and extra faces to give you some solid display options. It would be easy for me to write this one off since I'm not the target audience, but I'm reasonably confident that my girlfriend will love it. So based on that alone, I'm giving it a thumbs up.