Well this review took way longer than I anticipated. You boys and girls already know how I feel about Kamen Rider.

But we also got a movie called Kamen Rider 1! And it brought back Segata Sanshiro again to kick butt despite being like, 87 years old! Seeing grandpa Hongo back in action made me melt as a fan of Showa-era tokusatsu, but seeing the Kamen Rider Ghost "characters" in the movie made me puke.

Not sure why I'm spending time talking about a movie when I'm supposed to be reviewing a toy. I guess I wanted to add some context so you know I'm not exaggerating when I say that I wish this toy was my dad. 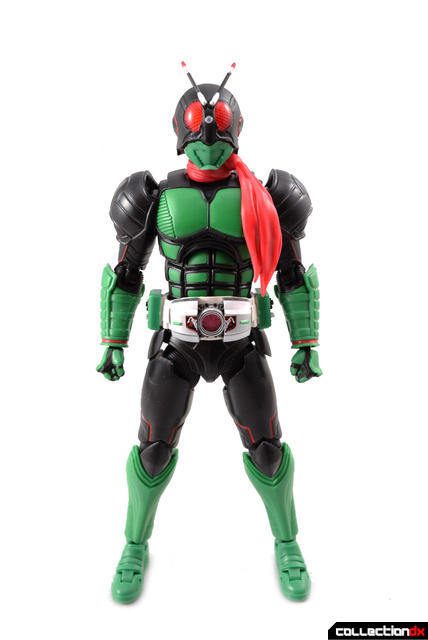 Here we have the S.H. Figuarts version of the updated and rebuilt Kamen Rider 1, also known as Kamen Rider 1 Powered Up Form. 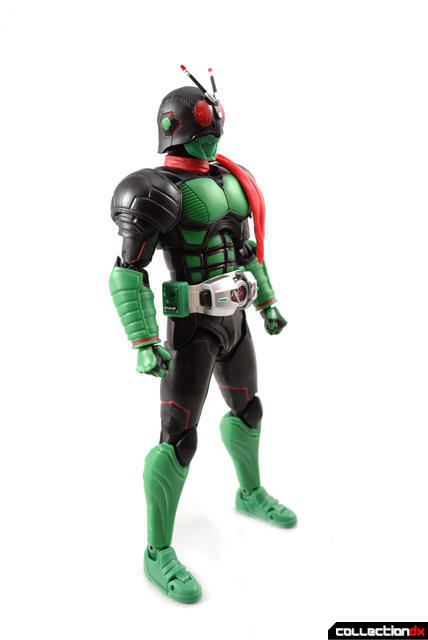 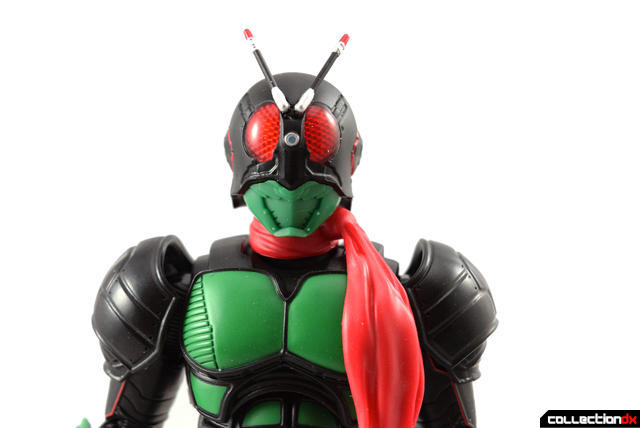 This toy looks exactly like the suit used in the film, albeit slightly slimmed down. Still, you can see that all the details are there, and I especially love how the belt includes all the knobs and buttons they added. 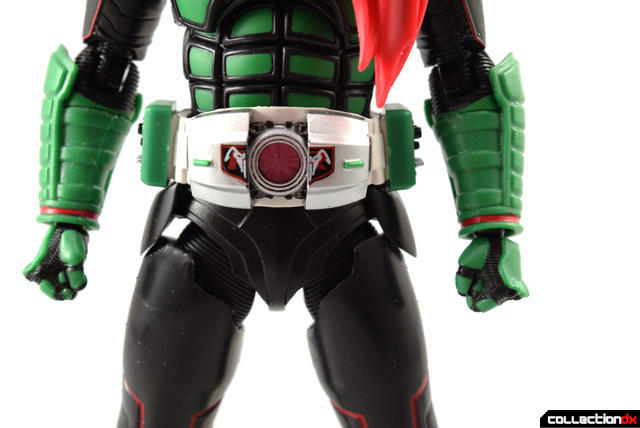 I have no idea what they do, but they make the suit look more old-school while still being a modern redesign of the original Rider. And, hey, the belt even closes to complete the Tachibana Racing logo! 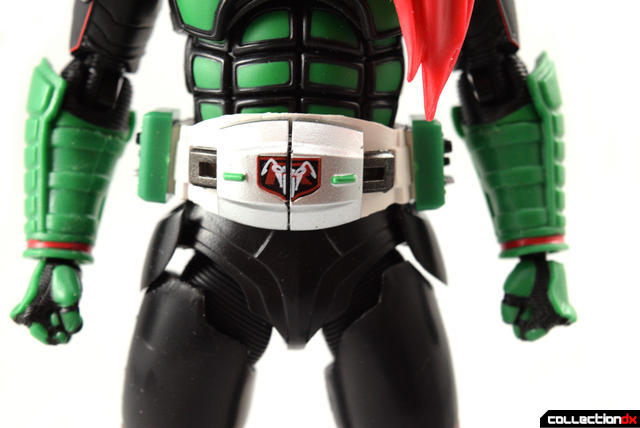 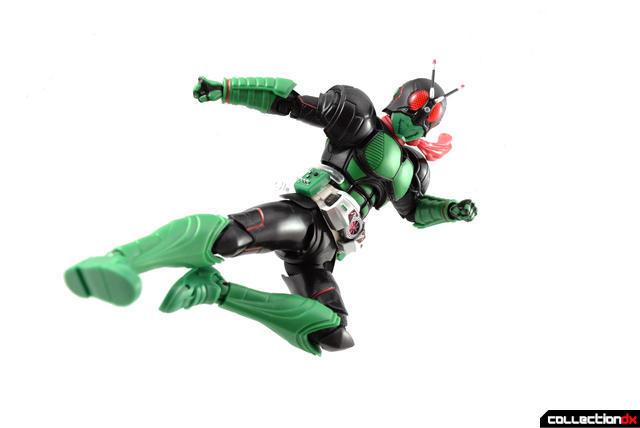 Articulation is also excellent. Since they slimmed the torso down, you have all the space you need to crunch Hongo into whatever disgusting pose you can think of. 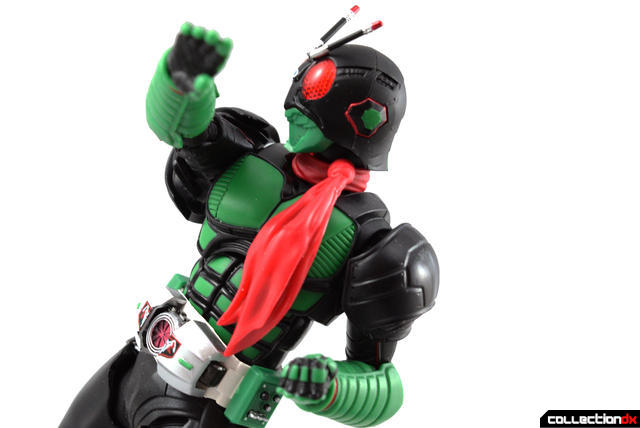 All the usual S.H. Figuarts joints are accounted for here, and there is nothing holding this hero back. 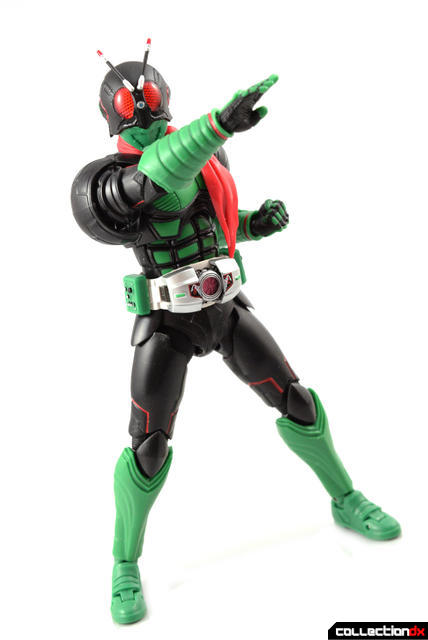 And what sorts of accessories does this sweet Bugman have? 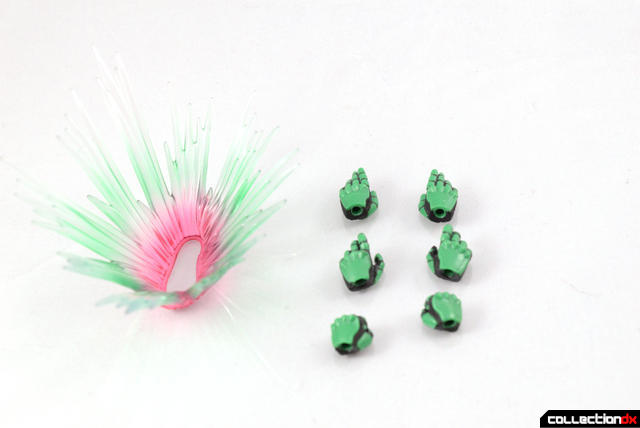 Hands. He has several sets of hands. Because you don't need weapons when your whole BODY is the weapon. 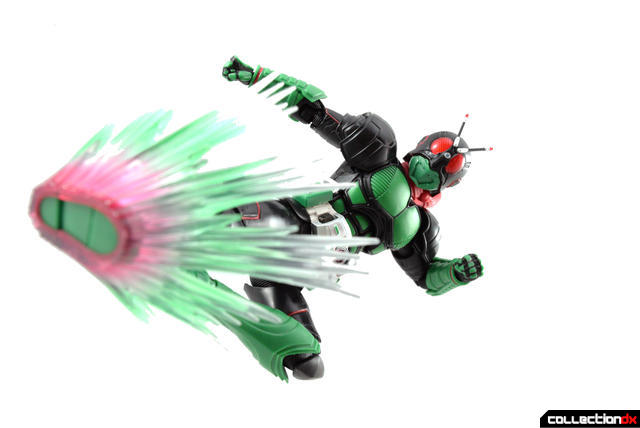 But he does have a sweet Rider Kick effect part.

The effect part slips onto his foot nicely and holds on tightly. I had no issues there. 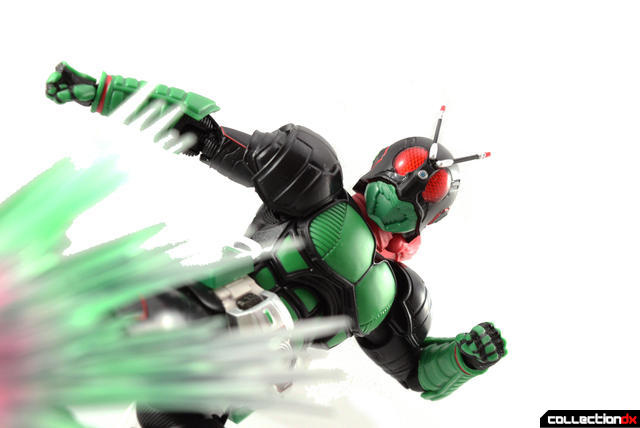 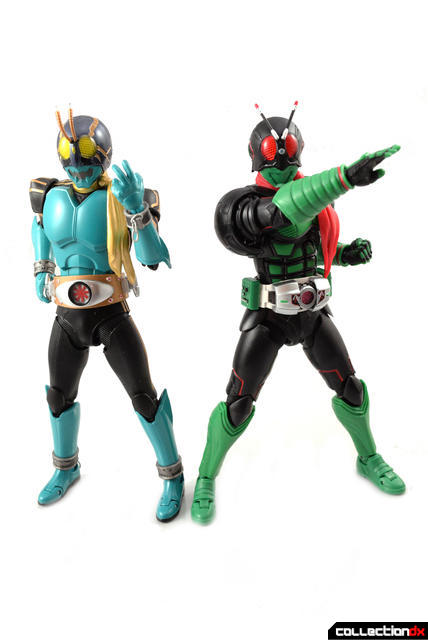 So, overall, this is probably my favorite Kamen Rider figure ever made. I'm not even joking. Honestly, the reason this review took SO long to put out was because I couldn't be bothered to photograph this thing because I was too busy playing with it. Since its release in late 2016 it hasn't left my desk. Ever. 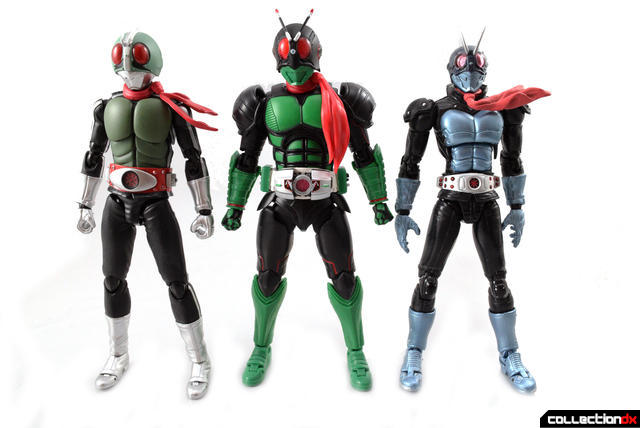 He's just so much fun. This is a perfect release. You owe it to yourself to pick one up if you have a passing interest in Henshin Heroes or old men coming out of retirement to punch monsters so hard they explode. 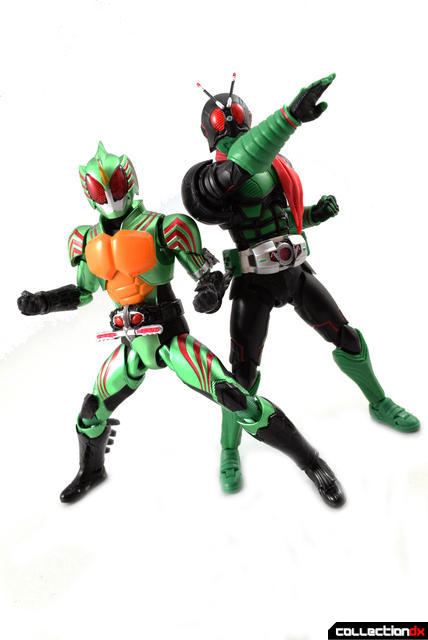 This toy is infinitely better than the film it comes from. 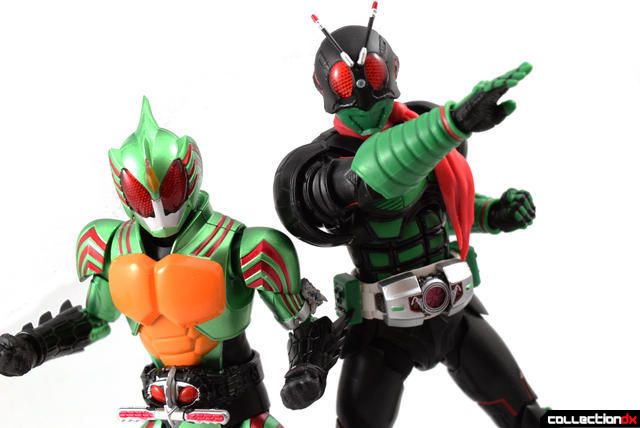 Agreed! AWESOME figure! Definitely one of my top favorite Figuarts.