Mobile suit Gundam's historic 35th anniversary is upon us, and a well deserved update of the titular mobile suit is finally here in glorious HG 1/144 scale to implement the latest of Gunpla's fantastic engineering into the classic RX-78.
. 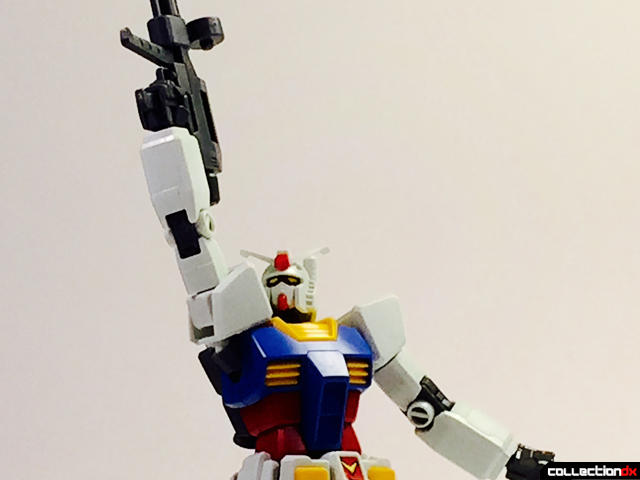 The details on this kit are pretty much the same as the dozens of models this suit has had. Even the small yellow v-fin on his waist is represented here as a decal. The proportions, when compared to the stellar 2001 HG have been considerably altered, as this 2015 version is more accurately, slimmer and smaller. 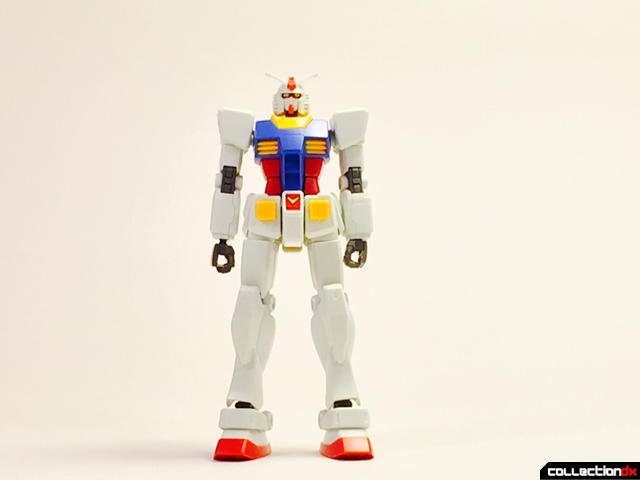 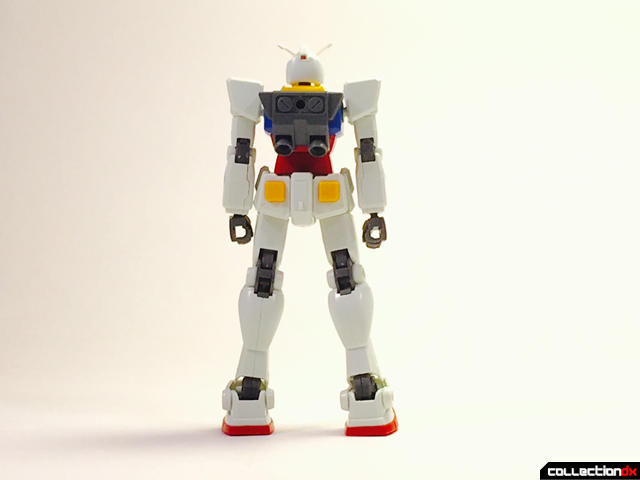 Articulation is some of the best a high grade can offer with double jointed knees, elbows and neck, and other hidden joints such as an inner shin ankle rock, and a small forward diaphragm crunch with an added panel on his back to reduce the gap it creates. The shoulders even have polycaps that rotate up, to emulate poses like his iconic final shot. 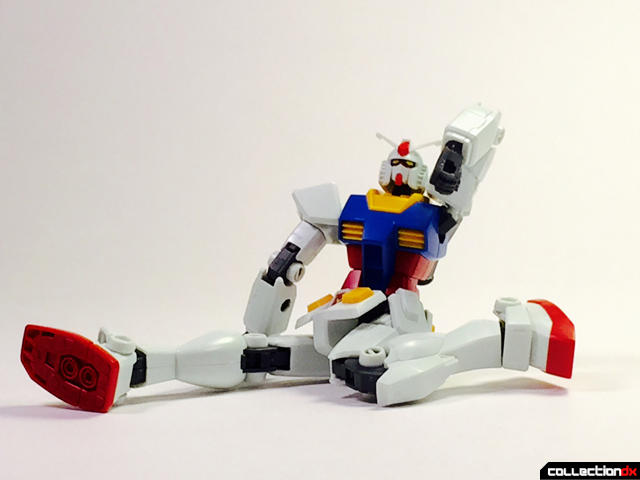 Display base not included!

Accessories are standard fare. Holding hands are included as a default set, and to hold his dual beam sabers and his shield, while a trigger hand is for his beam rifle and hyper bazooka. He also includes more expressive splayed hands for poses like the one on the boxes cover. His shield, beam saber handles, and bazooka can all store on his back simultaneously. 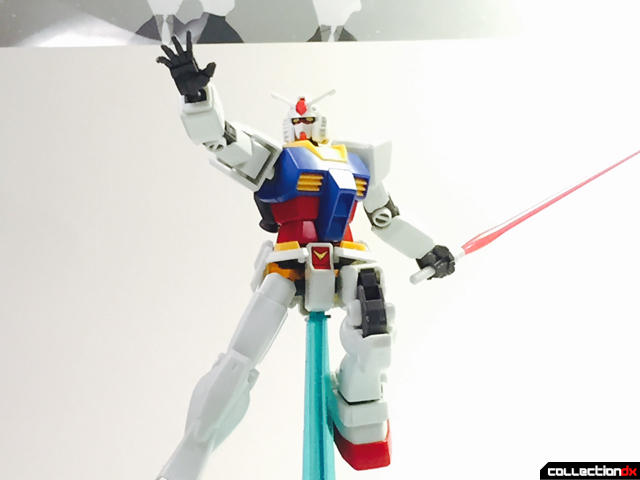 What else can I say? The HGUC Gundam Revive Ver. Is completely perfect. It features his most iconic weapons, and the articulation to pose him in his most iconic stances. Difficulty wise, it's even a good first Gundam kit for people just starting out. And would even recommend this to people who mildly like Gundam as well, as it's an amazing figure of a Real Robot character that has something for every collector. 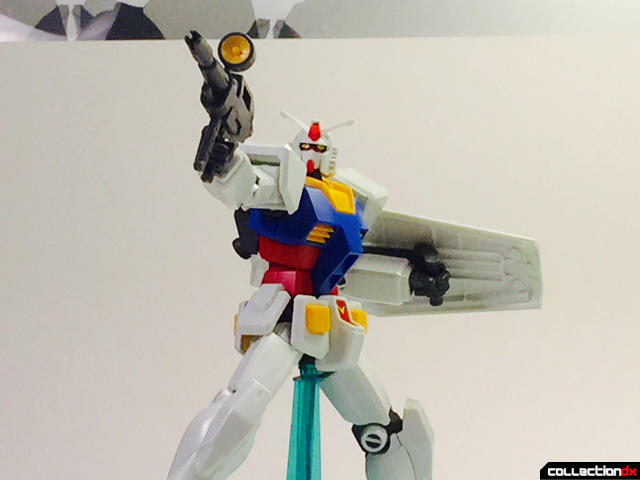 There are a couple of comic book companies, Image and Valiant being the main ones, that always release the first trade paperback of their series at a $10 pricepoint. This is the same kind of idea: a full-featured model kit with great articulation and a $10.95 pricepoint. Bandai's working on getting Gundam relaunched in the US, and this kit's cheap availability at Barnes and Noble is a good start alongside the Iron-Blooded Orphans kits.